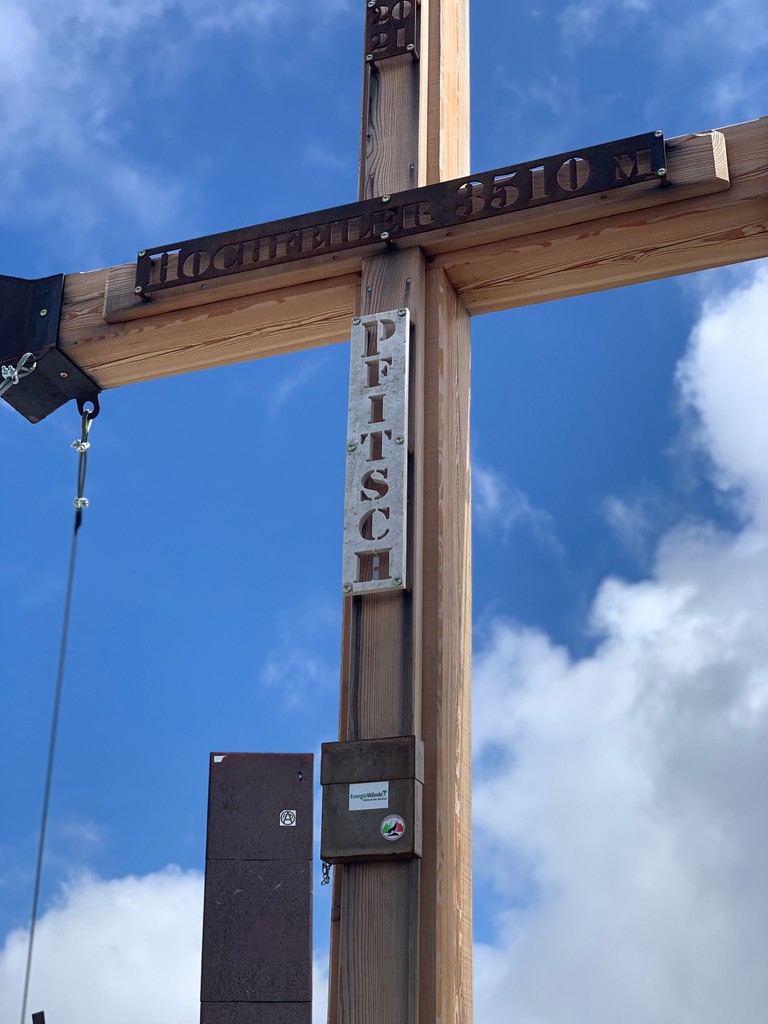 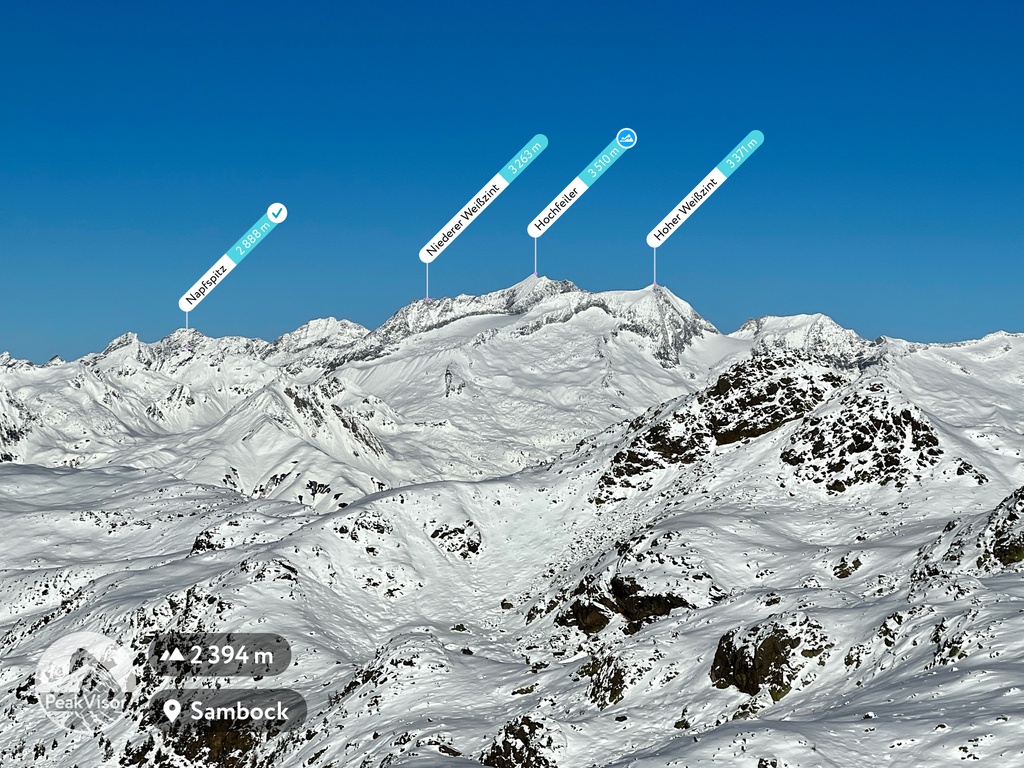 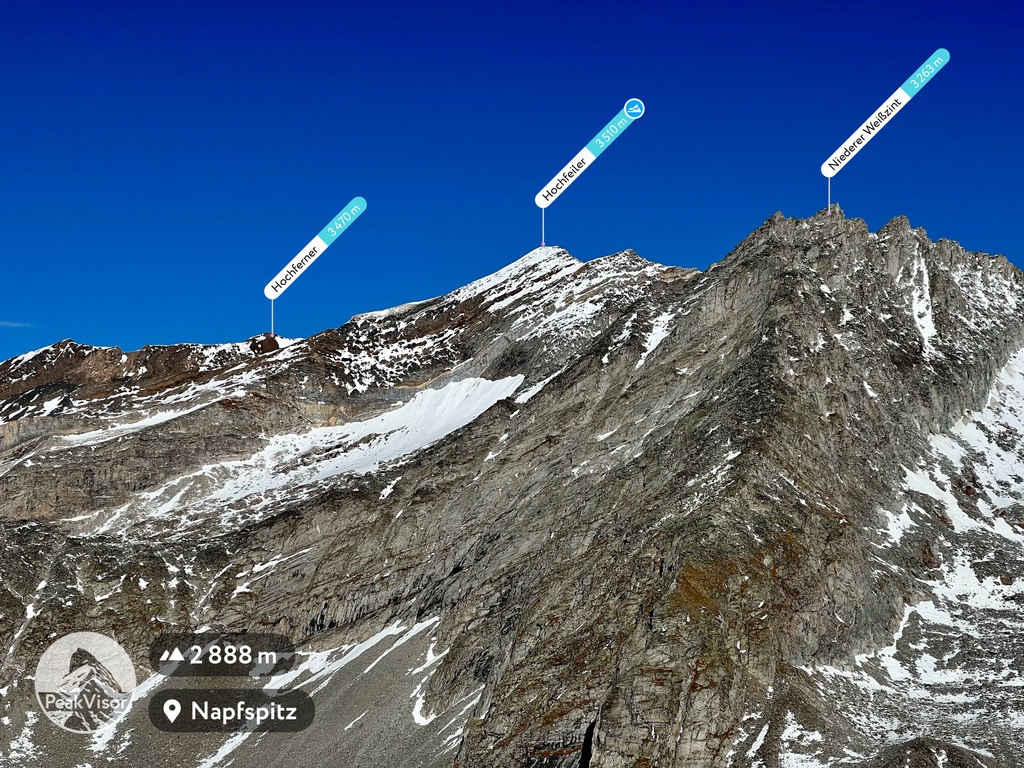 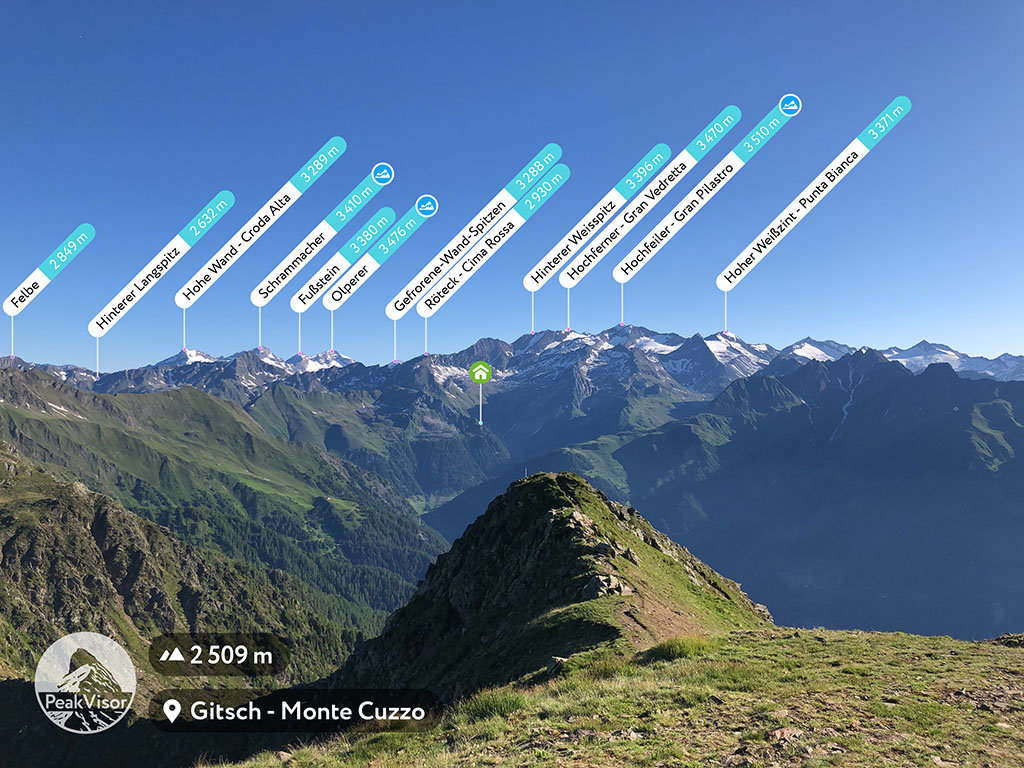 Show 4 photos
Add photo
3 510 m
Elevation
Elevation is the altitude of a place
above sea level.

This is the highest mountain in the Zillertal Alps. The Hochfeiler presents quite an imposing profile, particularly from the side that overlooks Austria, where it seems to fall in a sheer wall. The degree of difficulty for climbing this mountain is fairly high, and average hikers may be pushed to their limits while climbing it. The climb is made more hazardous due to the presence of snow and ice. The best time to climb this mountain is between the months of July and September.

There is a spectacular mountain hut, also named Gran Pilastro, at 2,710 m where you can rest and enjoy the amenities of the hut. A wooden cross is installed on the summit, which indicates that you have reached your destination. Hooray!
There's a difficult alpine trail (T6) leading to the summit.

The nearest mountain hut is Hochfeilerhütte located 1 843m/6 046ft WSW of the summit.

47.108611 N   12.343056 E
Nearest Higher Neighbor
Mittlerer Ramolkogel - 59.8 km W
El: 3 518 m / Prom: 24 m
Check out a downloadable 3D model of Hochfeiler area. A higher resolution model can be found in the PeakVisor mobile app.
Do you have photos of Hochfeiler or know something about it? Please let us know!