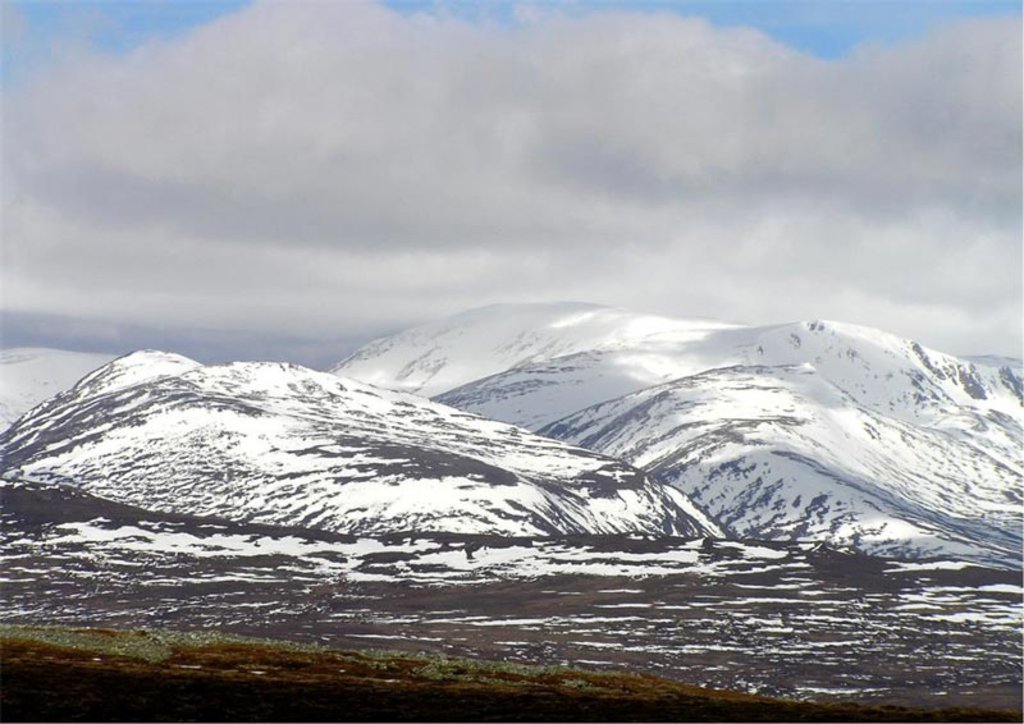 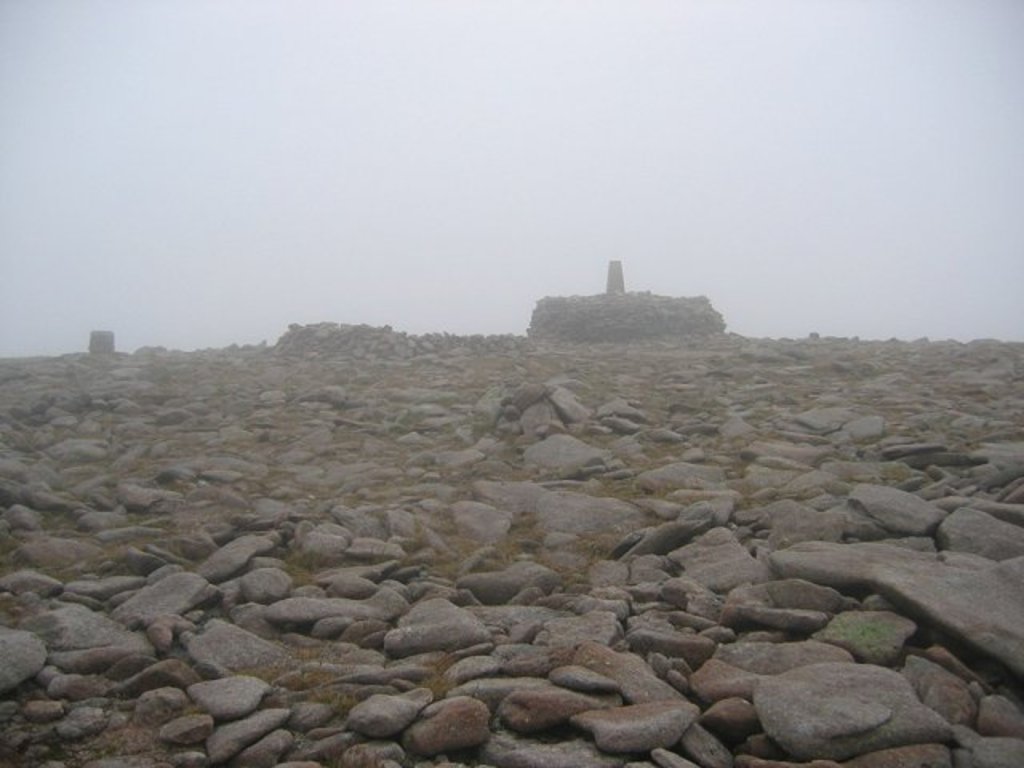 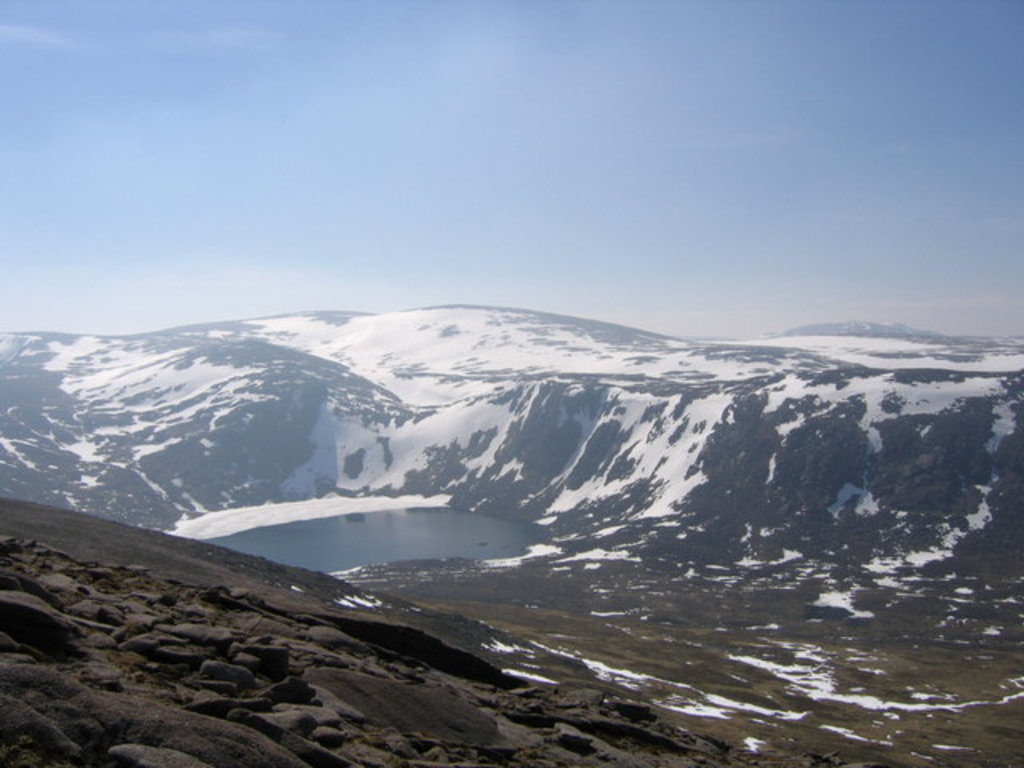 Show 2 photos
Add photo
1 309 m
Elevation
Elevation is the altitude of a place
above sea level.

952 m
Prominence
Peak’s prominence is the least
vertical to be covered to get from the
summit to any other higher terrain.

Ben Macdui (Scottish Gaelic: Beinn Mac Duibh) is the second highest mountain in the United Kingdom (absolute height) after Ben Nevis, and the highest in the Cairngorms. After the defeat of Domnall mac Uilliam in 1187, Donnchad II, Earl of Fife, acquired Strathavon, territory stretching from Ballindalloch to Ben Macdui; because the mountain marked the western boundary of Donnchad's territory, historian and place-name scholar Professor G.W.S. Barrow suggested that the mountain took its name from Donnchad's family, the Mac Duibh.

Ben Macdui lies on the southern edge of the Cairn Gorm plateau, on the boundary between Aberdeenshire and Moray.

Probably the easiest route of ascent is from the Coire Cas car park at the foot of Cairngorm Ski Centre by way of a path that leads up over slowly rising moorland. This route is about 7 km (4 mi) long; a somewhat longer route allows one to also climb Cairn Gorm. One possible alternative route follows the path coming up from Loch Etchachan. This loch may be reached from Loch Avon to the north or by coming up from Glen Derry to the South. Other routes include coming over Derry Cairngorm, or via the Lairig Ghru pass, which lies to the west of Ben Macdui.

Nearly all these routes are long days by Scottish standards. When coming from the south it is common to use a bicycle to cover the 4 km (2½ mi) separating the road end at Linn of Dee from Derry Lodge at the southern end of the massif.

Before the production of accurate maps of Scotland in the nineteenth century it was not known for certain that Ben Nevis was the highest point in Britain, and it was often thought that Ben Macdui might be the higher. After Ben Nevis was confirmed as the higher some locals planned to build a cairn on the top of Ben Macdui to make its height greater than the Lochaber peak, but these plans did not come to fruition. The summit of the mountain has a direction indicator erected in 1925 by the Cairngorm Club of Aberdeen in memory of a past president, Mr. Alexander Copland. The indicator shows the direction of the most important hills that can be seen from the summit in clear weather.

Snow-patches have been known to persist at various locations on Ben Macdui, most notably Garbh Uisge Beag.
There's a hiking trail (T2) leading to the summit.