1 345 m
Elevation
Elevation is the altitude of a place
above sea level.

Proportional Prominence 1 345 m
TGO40
The Great Outdoors Britain's 40 Finest Mountains.
Munro
Mountains in Scotland with a height of over 914 m / 3 000 ft bear a special name, the Munros. They are named after Sir Hugh Munro, the 4th Baronet (1856–1919), who produced the first list of such hills, known as Munro’s Tables, in 1891.
Location
56.79684 N  -5.002469 W
Ben Nevis (Scottish Gaelic: Beinn Nibheis, pronounced [peˈɲivəʃ]) is the highest mountain in the British Isles, located in Scotland. Standing at 1,345 metres (4,411 ft) above sea level, it is located at the western end of the Grampian Mountains in the Lochaber area of the Scottish Highlands, close to the town of Fort William.

The mountain is a popular destination, attracting an estimated 100,000 ascents a year, around three-quarters of which use the Pony Track from Glen Nevis. The 700-metre (2,300 ft) cliffs of the north face are among the highest in Scotland, providing classic scrambles and rock climbs of all difficulties for climbers and mountaineers. They are also the principal locations in Scotland for ice climbing.

The summit, which is the collapsed dome of an ancient volcano, features the ruins of an observatory which was continuously staffed between 1883 and 1904. The meteorological data collected during this period are still important for understanding Scottish mountain weather. C. T. R. Wilson was inspired to invent the cloud chamber after a period spent working at the observatory.
There's a demading hiking trail (T3) called Route to Ben Nevis from arete leading to the summit. 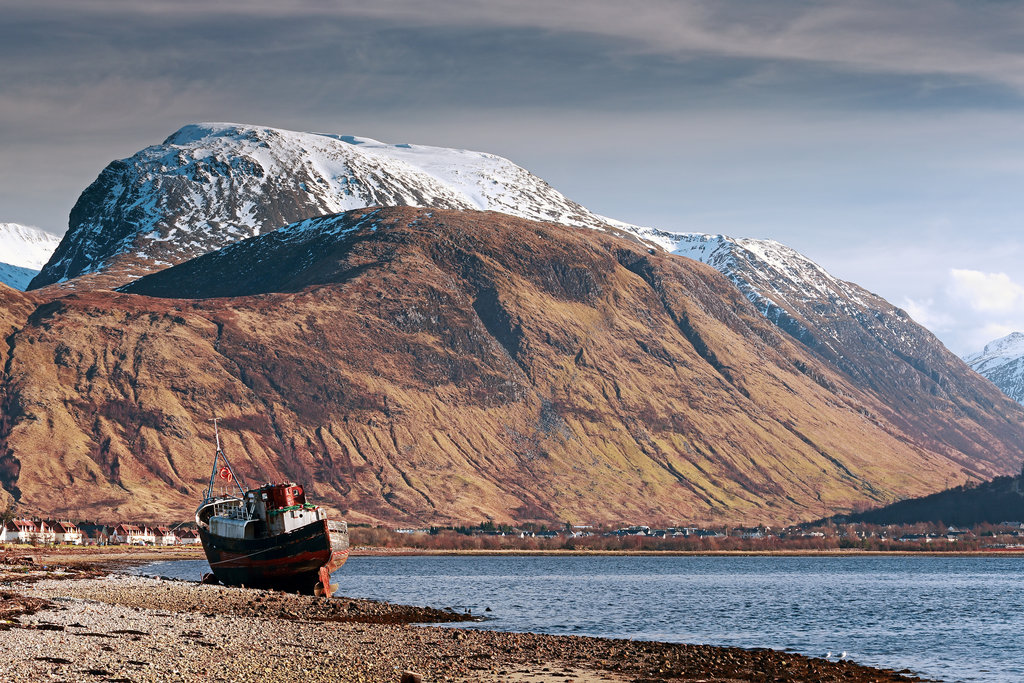 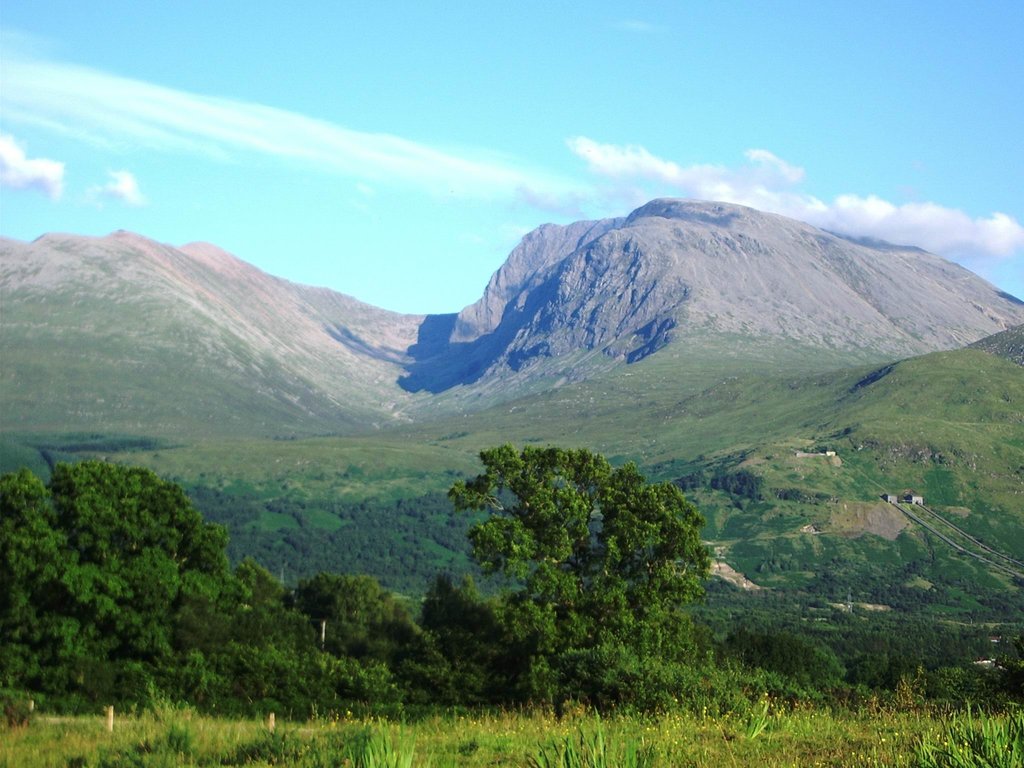 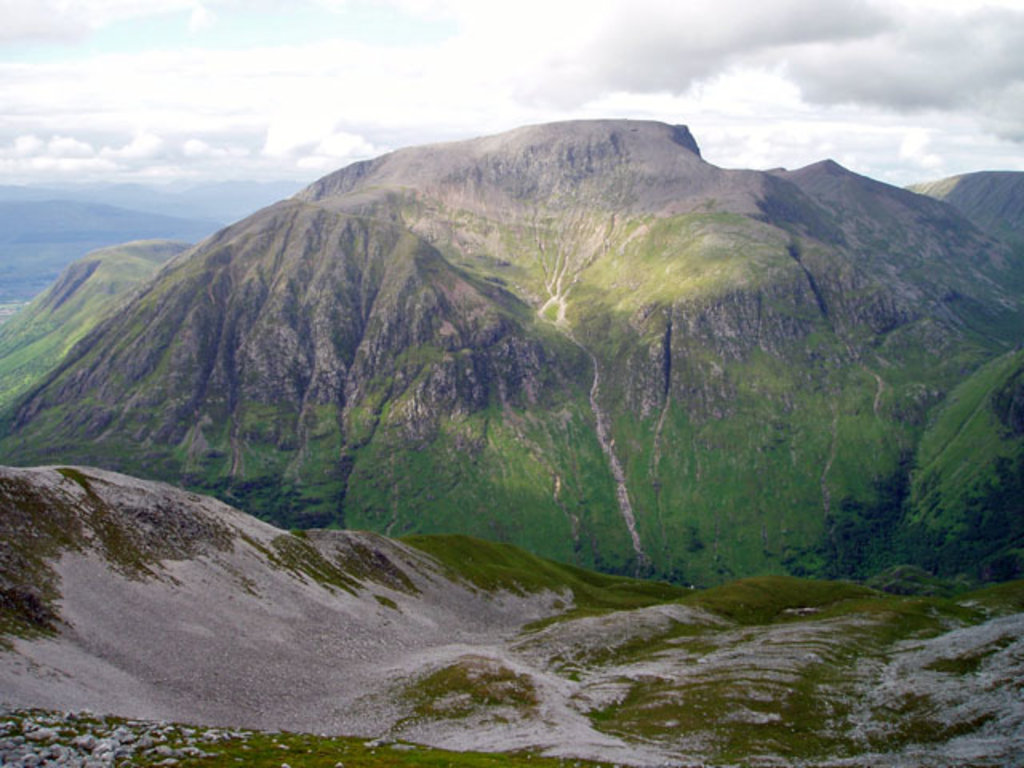 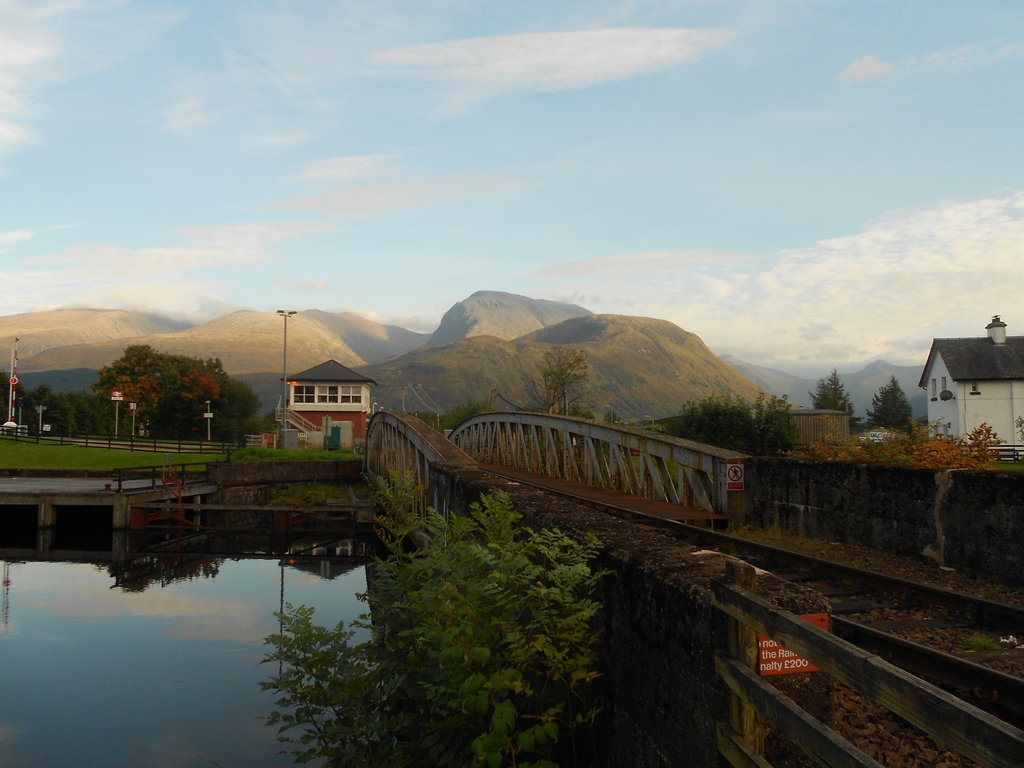 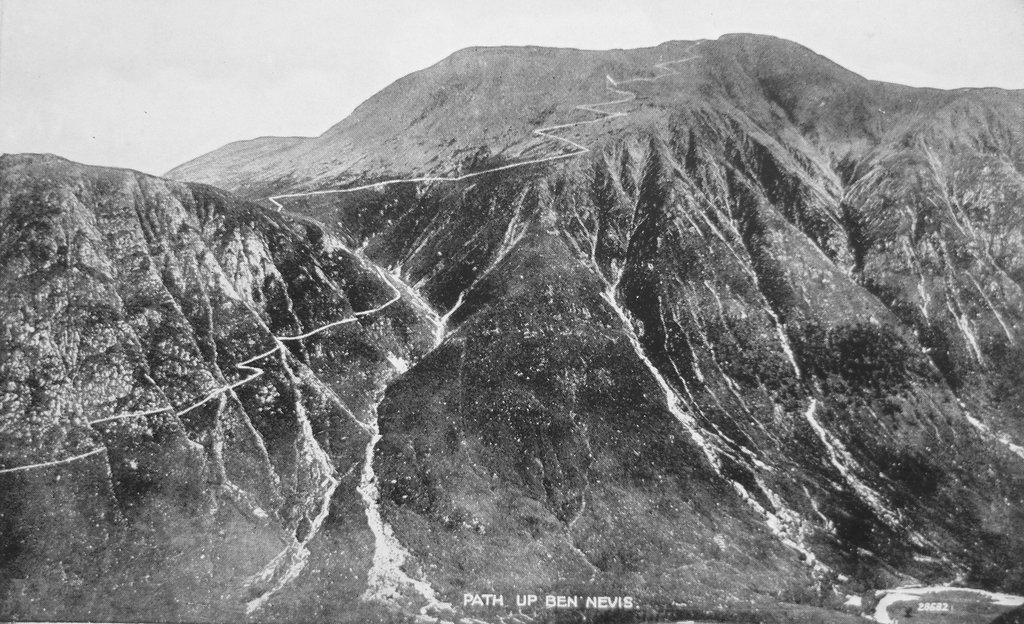 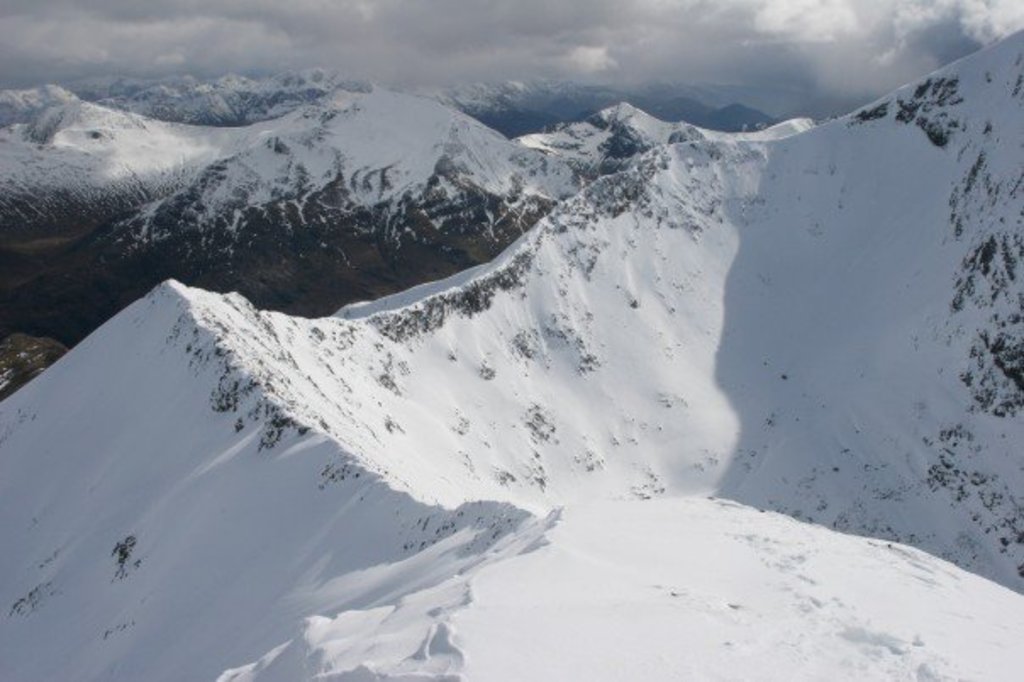 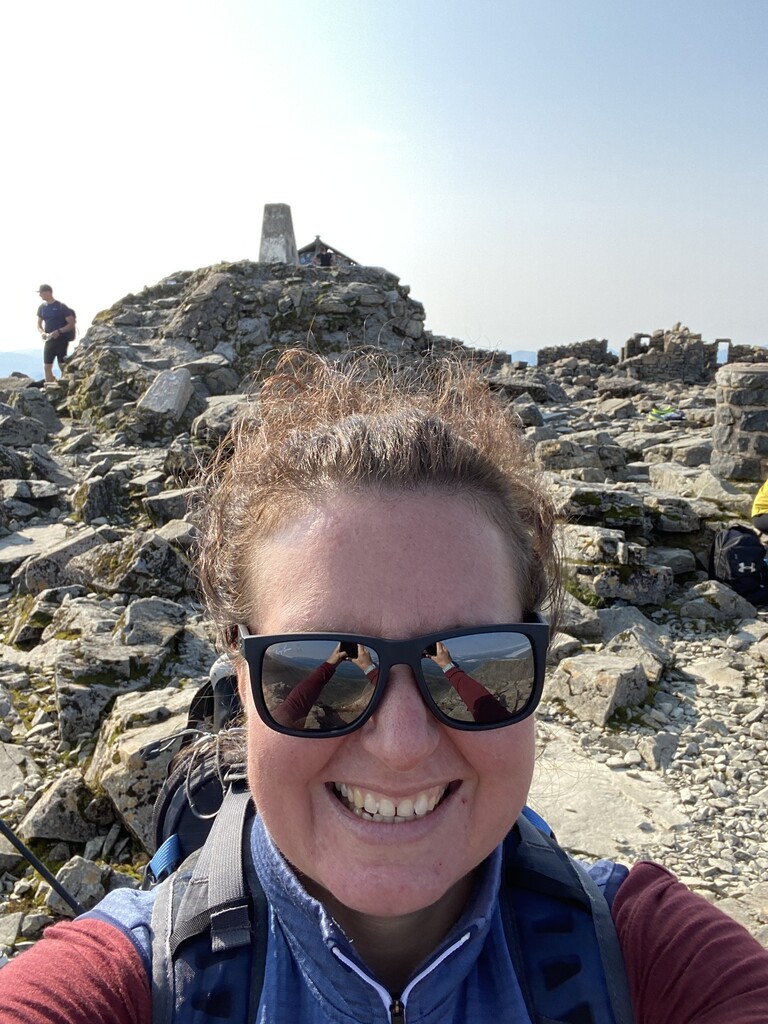 Check out a downloadable 3D model of Ben Nevis area. A higher resolution model can be found in the PeakVisor mobile app.
Do you have photos of Ben Nevis or know something about it? Please let us know!