While it’s the smallest wilderness area in the Adirondack Park, Jay Mountain Wilderness features big mountain scenery and sweeping views, as well as fewer crowds than the nearby High Peaks Wilderness in upstate New York. There are 12 named peaks in the wilderness area, the highest of which is Saddleback Mountain at 3,616 ft (1,102 m). 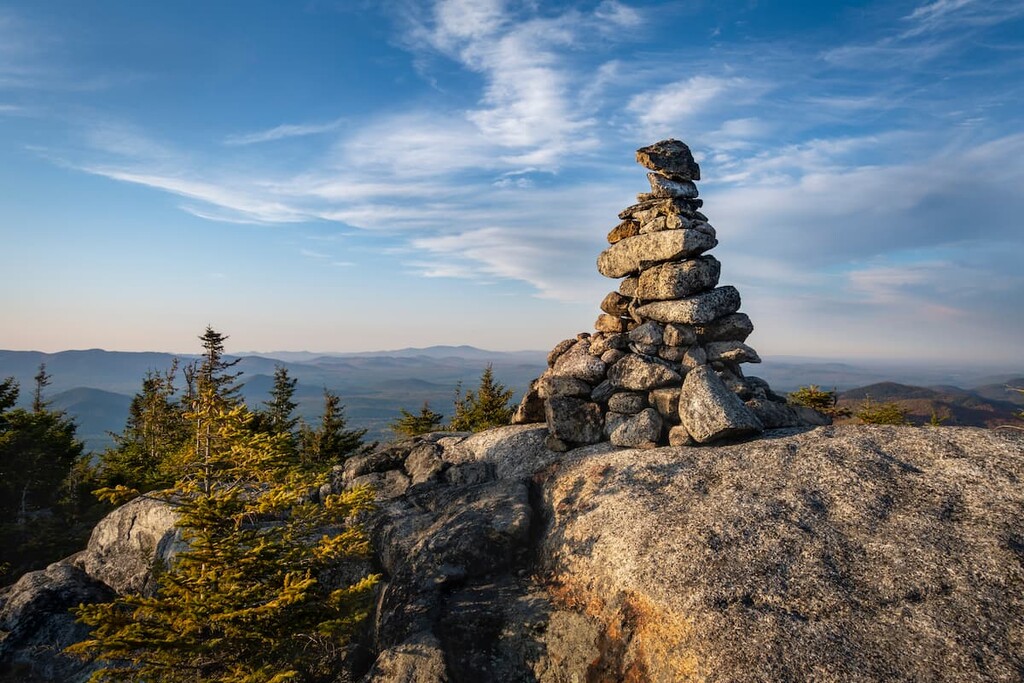 The Jay Mountain Wilderness covers 7,951 acres (3,218 ha) in the northeastern end of the Adirondack Park in the upstate region of the US state of New York, within the towns of Jay and Lewis in Essex County.

The Jay Mountain Wilderness has only one official trail and no developed campsites, so it has a secluded and wild feel. However, the one maintained trail in the area finishes at one of the most spectacular open ridgelines in the Adirondacks.

The hike to the top of Jay Mountain, with its 1.5 mile (2.4 km) above-treeline spine, is the most popular in the area. There’s also an unofficial trail to the top of Saddleback Mountain, though it’s not as popular as the route to the summit of Jay.

The Jay Mountain Wilderness is part of the broader High Peaks region, the central highlands of the Adirondack mountain range. The Adirondacks a part of the Grenville Province, a large bedrock area that comprises much of eastern Canada.

Large portions of the High Peaks are composed of anorthosite, a very dense, erosion-resistant intrusive igneous rock that formed over a billion years ago. The ancient anorthosite was uplifted out of Earth’s crust in the past several million years and the softer sedimentary rock on top of it slowly eroded away.

Olivine metagabbro makes up the southern section of the area, with visible outcroppings of the rock found on Saddleback and the west ridgeline of Jay Mountain. Meta-anorthosite (metamorphosed anorthosite) deposits can be found on Arnold and the eastern ridge of Jay Mountain.

The Jay Mountain Wilderness is also home to significant deposits of wollastonite, a mineral used in plastics and ceramics. NYCO Minerals, Inc. operates a pit mine in the town of Lewis adjacent to the wilderness area. In 2013, the state of New York passed a constitutional amendment negating the “forever wild” designation for a portion of the Jay Mountain Wilderness, allowing NYCO to begin investigating the area for another wollastonite mine.

The highest point in the Jay Mountain Wilderness is Saddleback Mountain at 3,616 ft (1,102 m).

The Jay Mountain Wilderness sits in the transition zone between the northern hardwood forests of the eastern US and the boreal forest to the north that covers much of Canada.

Between the extensive logging that took place during the eighteenth and nineteenth centuries, and massive wildfires that came through the area in the early twentieth century, most of the forests of the Jay Mountain Wilderness are second growth.

In some of these regrown areas, pure stands of white birch are common, along with red maple and quaking aspen. There are other species of hardwoods including red oak, sugar maple, elm, and white ash.

At higher elevations, the mixed hardwoods give way to montane spruce forests, which are commonly composed of red spruce and balsam fir. At the very highest elevations in the area, sparse stands of spruce-fir, red pine, and jack pine populate the mountain summits, along with moss and lichens growing on the rocks.

The Jay Mountain Wilderness is home to numerous species of mammals, including white-tailed deer, moose, black bears, river otters, and mink. Notable birds include Swainson’s thrush, Bicknell’s thrush, and winter wren. Two notable species of amphibians and reptiles have been found in the wilderness area, Jefferson salamanders and wood turtles.

People have lived in the area of the Adirondacks for at least 11,000 years. The Mohawk (Kanienʼkehá꞉ka) Tribe, the easternmost member of the Haudenosaunee (Iroquois) Confederacy, was the most prominent group in the region prior to European contact.

The area of the High Peaks region was primarily used for hunting, fishing, trade, and transit, but not permanent settlement due to the rough terrain. Most of the Mohawk lived south of the Adirondacks in what’s now called the Mohawk Valley, but they were pushed north into the mountains and eventually Canada after the arrival of settlers of European descent.

Today, there are 30,000 Mohawk people in the US and Canada, with a major group living on the border between New York and Ontario at the St Regis Akwesasne/Saint Regis Mohawk Reservation.

The land of the Jay Mountain Wilderness area was originally set aside by the state of New York in 1786 to compensate Revolutionary War veterans for their service, but it was too remote and difficult to access and wasn’t settled by people of European descent until around the turn of the nineteenth century.

The rough, rocky dirt track on the western side of the area, the Jay Mountain Road, is actually a historic road that dates back to at least 1790. It was one of the first roads in the northern Adirondacks and it linked the small villages in the area. After US settler populations increased in the region, the area of Jay Mountain Wilderness was logged for timber and charcoal.

The forests in the area have also been damaged by severe wildfires that took place around the turn of last century, and an ice storm in 1998 which was particularly damaging to the paper birch stands in the area.

This trail extends 2.5 miles (4 km) from Jay Mountain Road to the western summit of Jay Mountain, where it continues for another 1.5 miles (2.4 km) along the spectacular ridgeline to the eastern and highest summit in the ridge.

This is the only developed trail in the area and it’s sometimes referred to as the “highway in the sky.” It makes a great day hike with incredible views for relatively little effort.

There’s a herd path to the top of Saddleback Mountain, but due to the limited number of visitors this area gets, it’s tougher to follow than most. The trailhead is off Luke Glen Road south of the wilderness area. You’ll have to climb Frenyea Mountain first and then descend into the col between Frenyea and Saddleback before reaching the summit.

If you’re looking for a place to stay, there are a couple of great small towns in the area around the Jay Mountain Wilderness.

Located just south of the Jay Mountain Wilderness in the midst of the High Peaks, the three tiny towns of the Keene Valley—St. Huberts, Keene, and Keene Valley—are some of the foremost destinations for hikers coming to the Adirondack Park. They’re home to a total of about 1,000 residents.

These three towns offer great access to most of the major hiking areas in the central Adirondacks, along with beautiful alpine lakes, rock climbing, and waterfalls. This is the heart of the High Peaks, so the trails around here are extremely popular. If you’re exploring the Adirondacks from the Keene Valley, the Jay Mountain Wilderness is a good place to get away from the crowds.

The town of Jay, with its hamlets of Jay and Upper Jay, are the access points for the main hiking areas of the Jay Mountain Wilderness. The town of 2,500 has a couple of small hotels and motels. If you’re looking for a quiet place to stay, Jay is a great alternative to more touristy resort towns like Lake Placid.

The town is home to a historic covered bridge and several restaurants. It’s also located close to attractions in neighboring towns like the Adirondack Wildlife Refuge and Wilmington Beach. 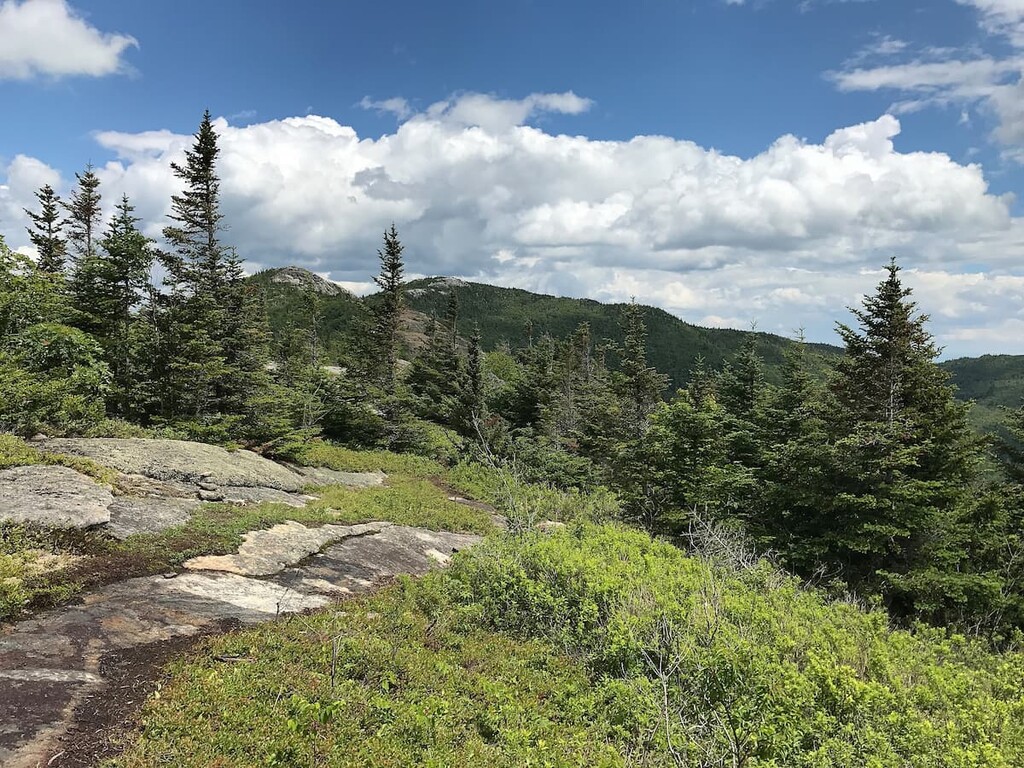 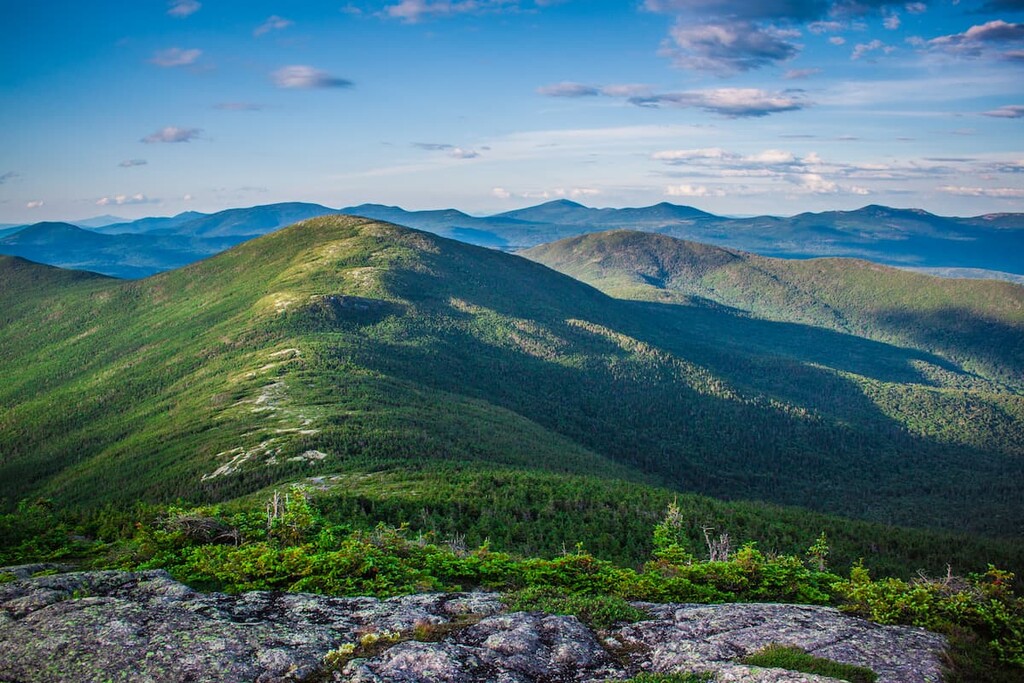 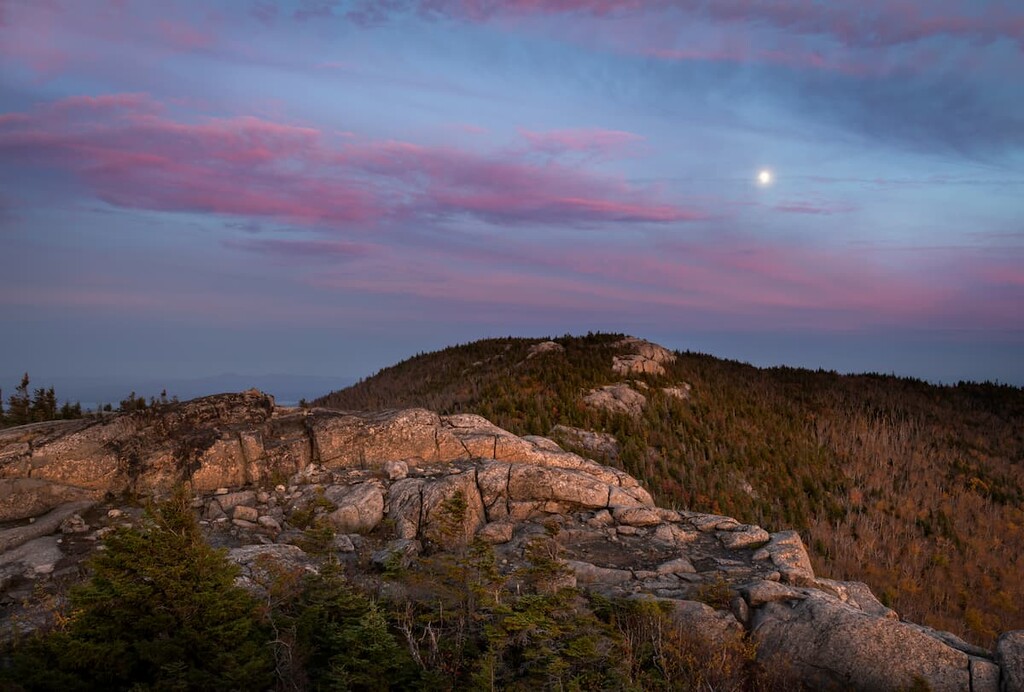 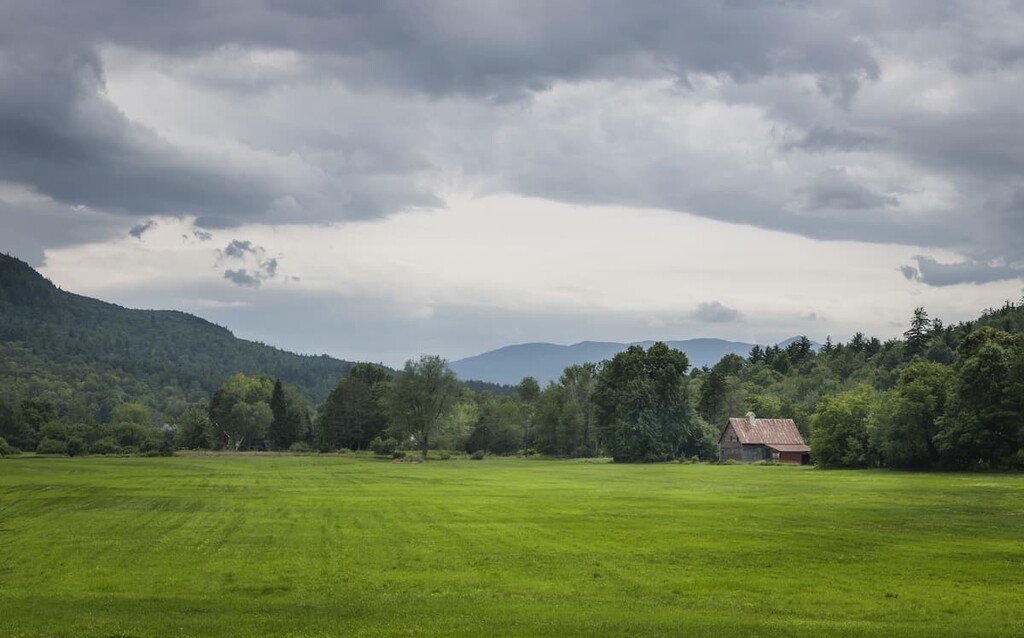 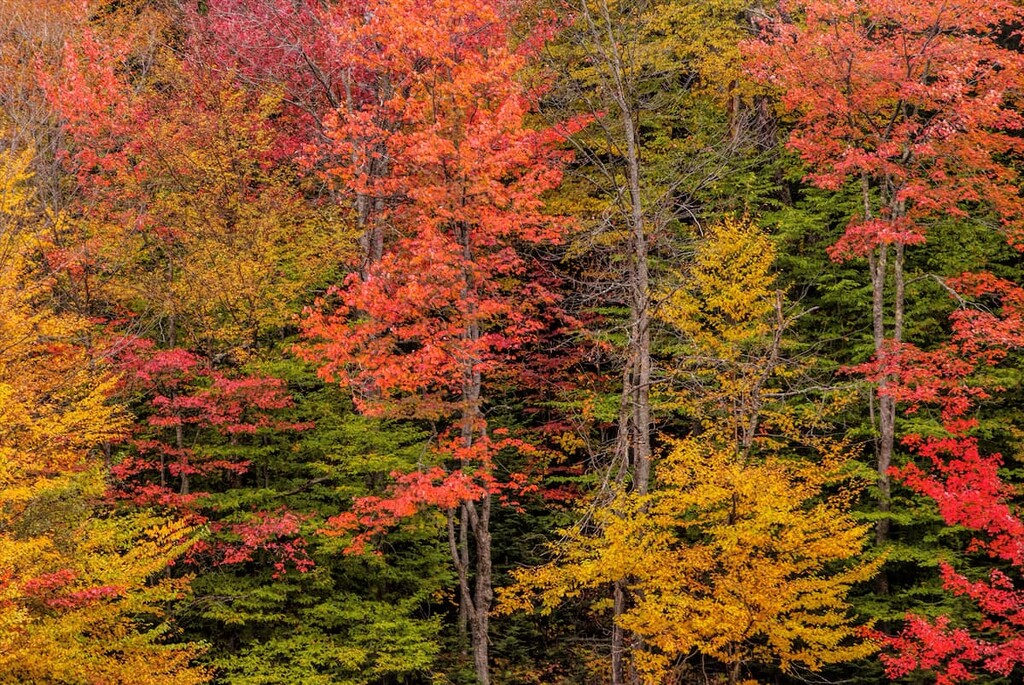 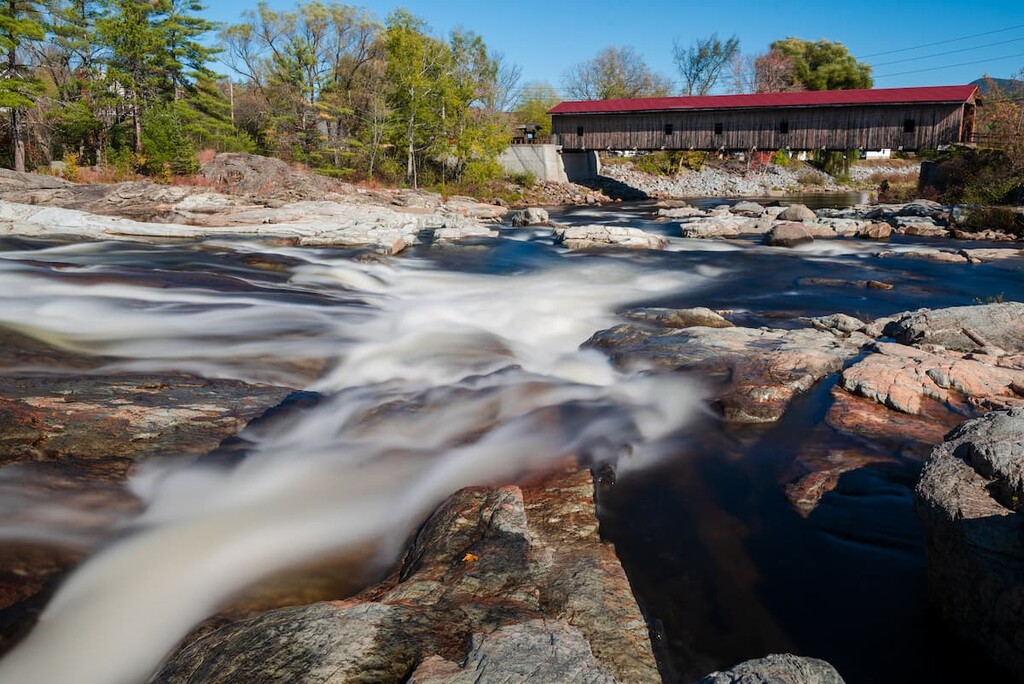 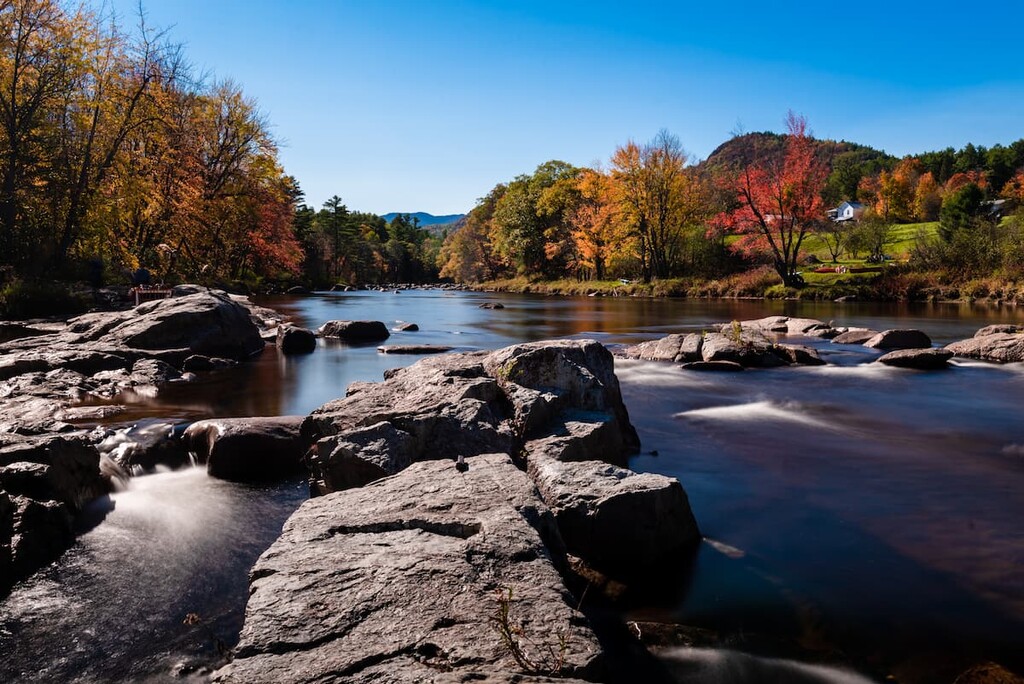