100 Famous Japanese Mountains (日本百名山 Nihon Hyaku-meizan) is a book written in 1964 by mountaineer and author Kyūya Fukada. The book contains descriptions of important mountains from all the major islands, mountain ranges and regions of Japan. Fukuda, who climbed many mountains in Japan, selected 100 celebrated national peaks, basing is choice on a combination of natural beauty, history, and peculiar features, excluding mountains with an altitude of less than 1,500m (4,921ft). If you are in Japan and you are struggling to decide which mountain it is better to explore first, looking for one of the nearest “Japan 100” will always be a good idea.

It is legitimate to ask why these mountains (not others) have been chosen by Fukuda. As we mentioned, he probably chose considering mainly three features. But what those features mean from a "Japanese" point of view?

The beauty of nature

Seasonality is a concept omnipresent in Japanese culture, so much that ancient poems as much as modern food delicacies sold in supermarkets rely on that. So, the beauty of a landscape is connected to the experience of seasonal change and to the passing of time.

It comes without saying that a mountain would be considered a good place to visit if it is possible to admire cherry blossoms in spring and maple tree in autumn. So, if you want to fully enjoy Japanese mountains pay attention to colours, shades, lights and shadows, and all those elements indicating a seasonal change.

Most of these mountains are connected to major events of Japanese history as well as to mythology and religion. Some mountains, like Mount Tsukuba or Mount Tate, are considered sacred because people believe a god dwells in them or because a holy man walked their paths. In Shintoism, mountains symbolize the reign of the wild and the reign of gods, in opposition to paddy fields, which represent humans, society and civilization. That’s why you will always find at least one Shinto shrine on the top of these mountains. Mountains have a significant value in Buddhism as well.

We can imagine that Fukuda chooses the highest mountains because they would represent the glory of his country in a better way.

A long tradition of famous places

Japan has a long tradition of what is called 名所 meisho “famous places”. This term indicates all those places that were known in the literary world or in poetry. Meisho adds layers of allusion to poetry and to literary and dramatic works, which otherwise wouldn't have the same meaning. 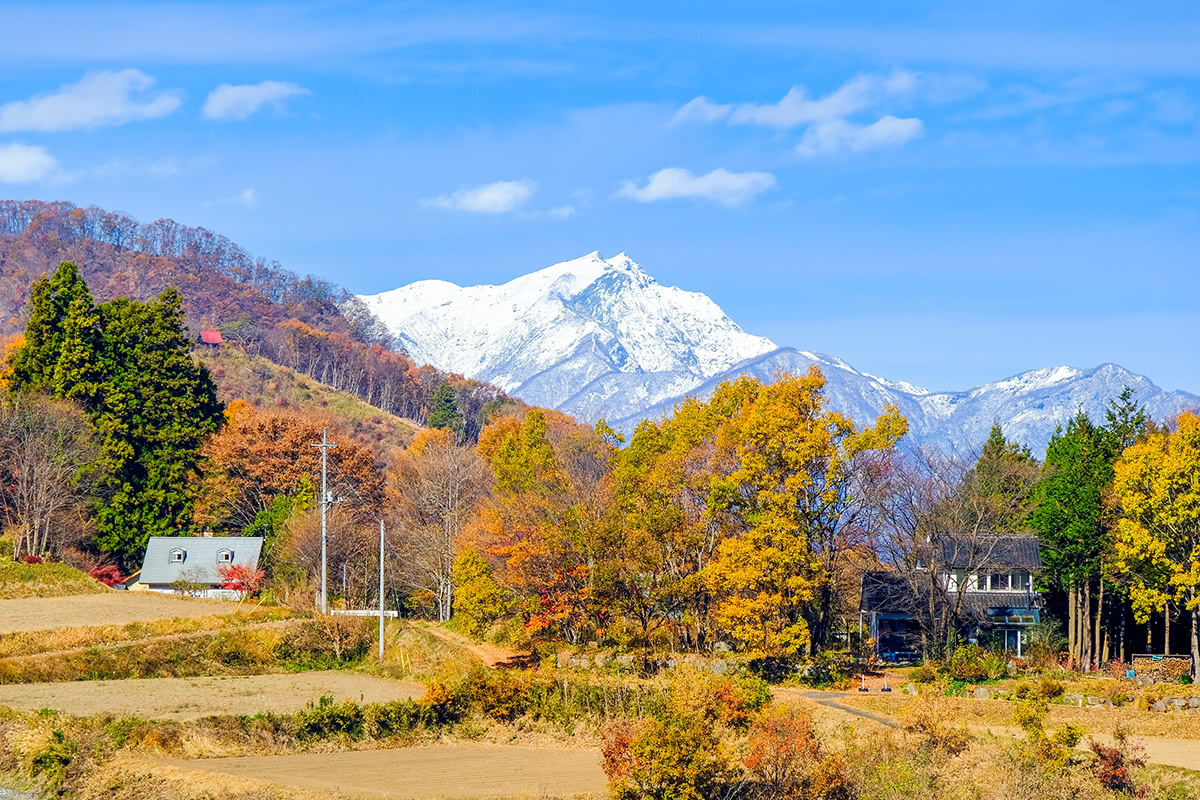 These 100 mountains are definitely a big deal! They are a reference point.

In fact, they are not only a valuable part of the Japanese landscape, but they are also connected to the Japanese identity, more than we can imagine. So, if you want to become acquainted with Japanese culture, we suggest you start from its mountains!

At the end of this article, you will find a complete list of the 100 Famous Japanese Mountains divided by region. But now let us introduce you at least 5 of these majestic peaks, each one followed by some useful information about access and trails, but also with a short explanation about what makes them worthy to be part of the most famous 100.

Features - Nature and Folklore - once in a life experience

Mount Fuji is “THE” mountain, one of the most worshipped and representative mountains of Japan. It is said you are not really Japanese if you haven’t climbed it at least once in your life.

You can even see it from some places in Tokyo when the sky is crystal clear, and you can reach it from the capital getting on a train from Shinjuku station. 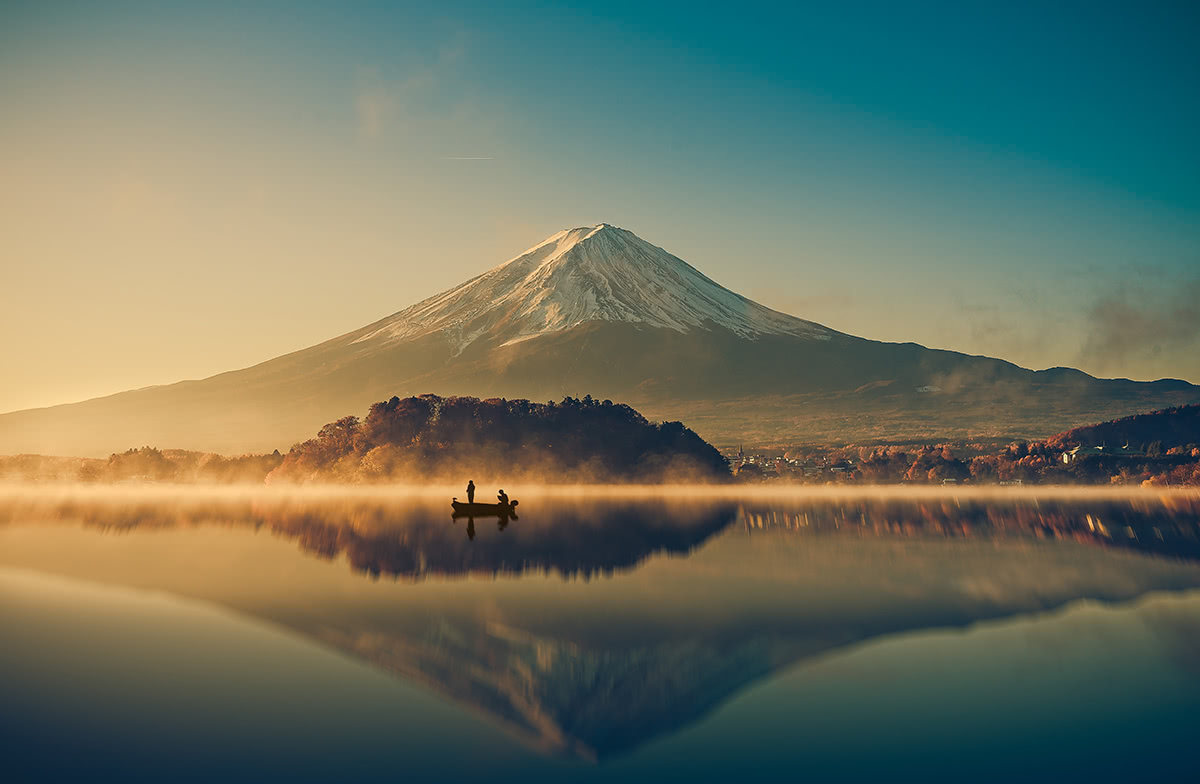 It was also said that on his top there is the source of immortality and its snowcap is probably more evocative then Everest or other mountains.

Also, it is not a common mountain, it is a volcano! Since the Japanese archipelago has a volcanic origin most of the Japanese mountains are actually volcanos, some of those still active.

University students, elderly, lonely hikers, Japanese and foreigners, hordes of people climb this majestic mountain. There is a bus that reaches the 5th station, then you have to walk until the top. If 80 years old grannies can do it you can do it as well, and it will definitely worth the struggle.

Location: Nara Prefecture
Access from: Nara to Shimoichiguchi Station by train. From Shimoichiguchi station by bus or a taxi.
Main routes and trails: one semi-long trail feasible in about 6h, one long trail feasible in 2 days. Both start from Gyojagakeri Tunnel. There is also a “women route” called on the part of the mountain called “Nyoin Ōmine”.
Attractions: Ōminesanji Temple
Others: mountain hermit experience (May-October).

If Mount Fuji is too mainstream for you but you want to have your spiritual experience, this may be the best option. This mountain is located in Yoshino-Kumano National Park, and part of its territory is in a UNESCO Man and the Biosphere Reserve. It is also a UNESCO World Heritage Site, part of the Sacred Sites and Pilgrimage Routes in the Kii Mountain Range.

But it is not all about nature. In fact, Mount Ōmine, known also as Mount Sanjō, is a sacred mountain for the 修験道 Shugendō, a syncretic religious movement whose adepts in the past were hermits called 山ぶしyamabushi. They used to achieve spiritual purification by overcoming various physical and spiritual challenges on this mountain, and they were also mountain guides during the medieval period. You can still see some of them today and From May to October, when you can also try the yamabushi experience. However, this is more spiritual experience than a tourist attraction and, unless you can speak Japanese, it is not so easy to join the group of wannabe hermits.

The most interesting thing is that this is a for-men-only mountain. As most of the sacred mountains in Japan, it was forbidden to women, because they were considered impure. In other places the ban has been removed, but not here. There are some alternative paths for women but, if you are a man and want to hike together with your wife, sister, female friend etc., it is definitely better to avoid this mountain... or maybe not. You can talk about your different experience at the end of the day.

Location: between Toyama Prefecture and Nagano Prefecture
Access from: Tokyo, Nagano, Matsumoto, Kanazawa
Main routes and trails: recommended to tourists and mountaineers as well. There is a huge variety of routes and trails that match everyone’s taste and needs. Climbing season extends from April to November.

The history of Mount Tate is rooted in a distant past. We have trace of this mountain in the Man'yōshū (万葉集 ) a famous collection of poems, from which became known as the mountain where god dwells. It is one of the “Three Holy Mountains” with Mount Fuji and Mount Haku.

In addition, the unique volcanic landscape has also prompted comparisons with hell. For this reasons, many areas have names that conjure hellish images, like “Jigokudani” or “Hell Valley”. Here there is a monkey park where you can see monkeys peacefully bathing in hot springs. 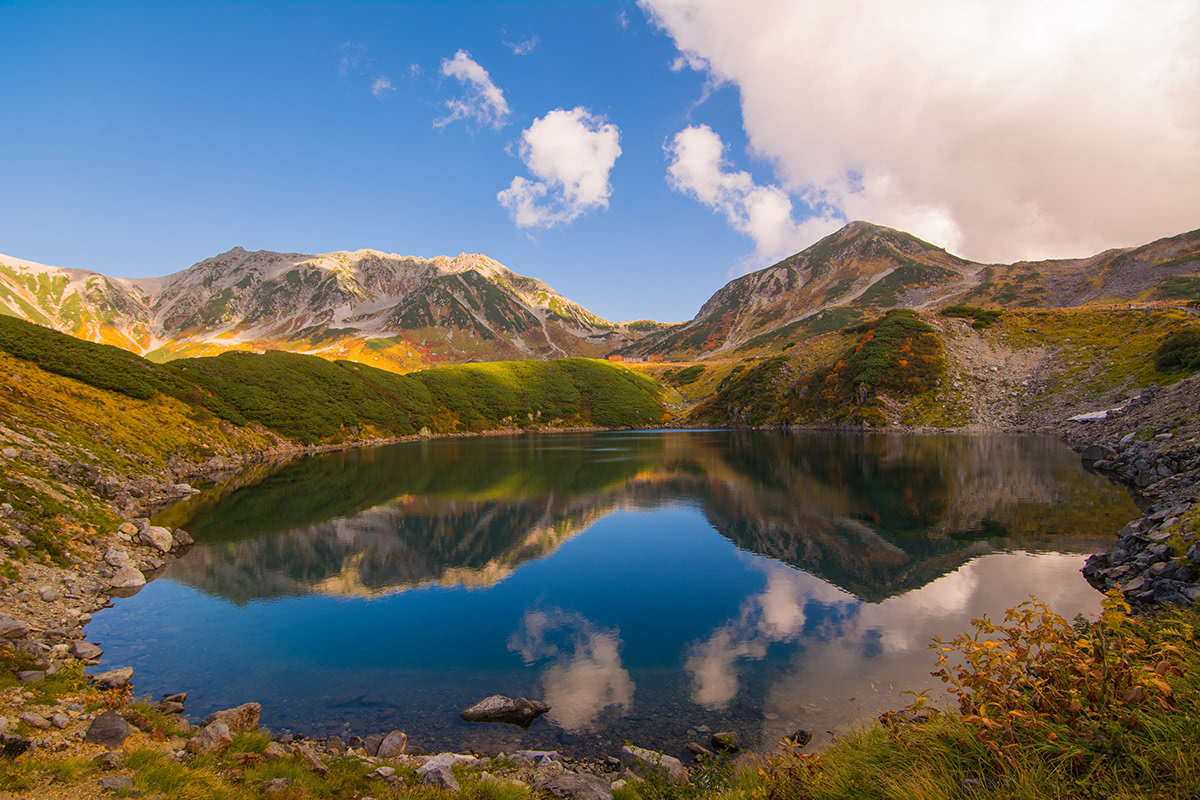 Location: Nagano Prefecture
Access from: Matsumoto city by bus or rental car.
Main Routes and Trails: you can choose a short refreshing walk in the meadow or a long adventurous trail to reach the highest peaks. Some trails entrances can be reached by bus.

Utsukushigahara means literally beautiful highland. There is an open-air Museum, from where you can take a 30-minute hike to Utsukushinoto (a small bell tower). If you have time, you can go to the highest spot of of Utsukushigahara, which is called Ogato, by hiking for another 40 minutes. You will find a mountain hut where you can buy some souvenirs and taste ice-cream and other dairy products made by fresh milk produced in the same area.

Location: Ibaraki Prefecture
Access from: Tokyo by Tsukuba Express train.
Main Routes and Trails: two main trails (a short one and a long one) feasible in about 3 hours each plus other parallel trails of an average 3km length. It is perfect for beginners. The ropeway is open from 9 to 17 all over the year on working days.
Attractions: Izanagi and Izanami Shrine, JAXA Museum.

Despite being slightly under the average standard height, it was chosen by Fukada because of its cultural value. It said that Izanagi and Izanami, from whom the Japanese archipelago was born, are enshrined here. In fact, Mount Tsukuba is composed of two peaks, a male peak (Izanagi) and a female peak (Izanami), each one with a shrine on its top.

Even if you are not particularly interested in Japanese folklore, there is at least another good reason to choose a day trip to Mount Tsukuba. You may want to discover the wonder of JAXA (the Japanese NASA), which offers guided tours not far from the mountains. 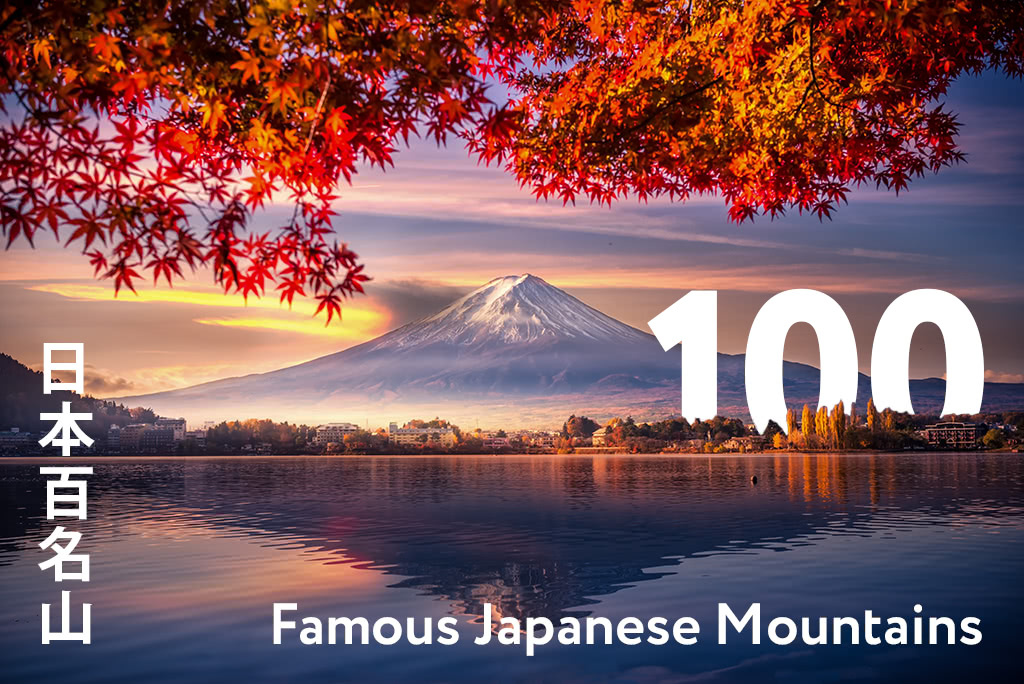