Known as the Cornhuskers State, Nebraska spans over 11,220 square miles of the Great Plains and the Midwestern United States. Nebraska is bordered by South Dakota, Iowa, Missouri, Kansas, Colorado, and Wyoming, making it the only state that is ‘triply landlocked.’ So, in order to reach an ocean, gulf, or bay, Nebraskan locals have to travel through at least three states. 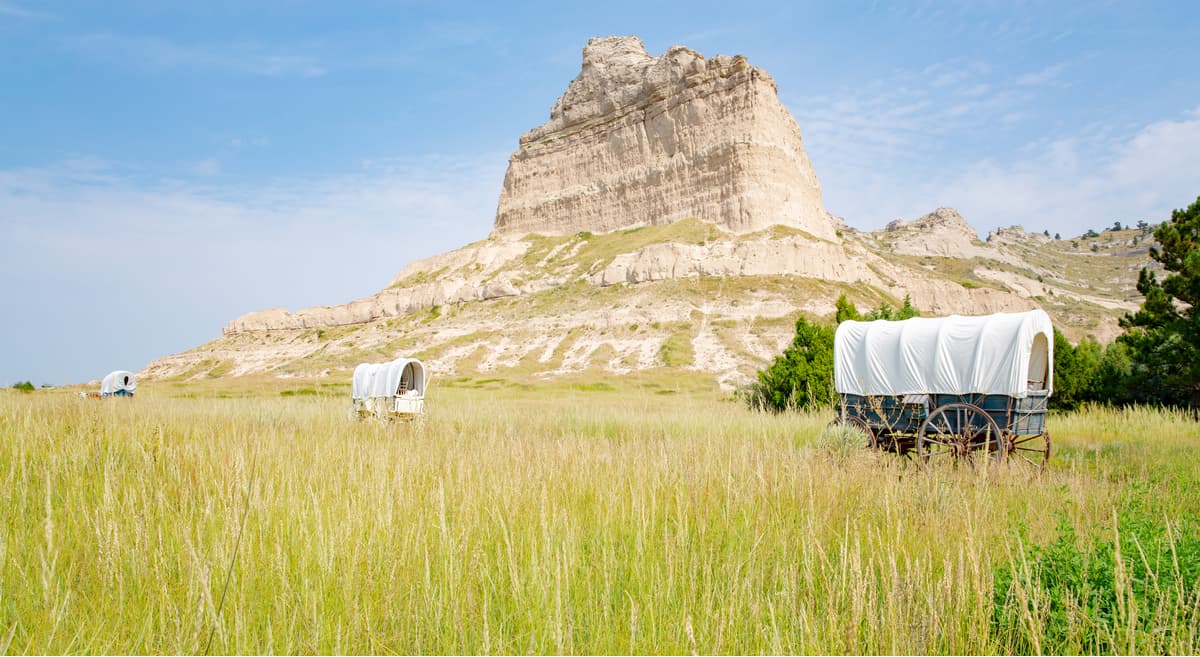 Nebraska isn’t exactly known for towering summits and lush forests. In fact, the state’s witty tourist slogan sort of says it all - “Honestly, it’s not for everyone.” But that’s not to say that Nebraska> is completely lacking in diversity or beauty.

The state is composed of two major land regions – the Dissected Till Plains and the Great Plains. Both land regions contain gently rolling hills and broad expanses of flat land. The Dissected Till Plains span the easternmost section of the state and were shaped by Ice Age glaciers. The Great Plains occupy most of western Nebraska and contain several diverse land regions like the Sandhills, the Pine Ridge, the Rainwater Basin, the High Plains, and the Wildcat Hills. Needless to say, Nebraska is best-known for its vast prairie, steppe, and grassland landscape.

Iconic landmarks in the state include Chimney Rock, a prominent rock formation in western Nebraska that served as a landmark for early settlers, Panorama Point, the state’s highest point, and Agate Fossil Beds National Monument, which contains fossils from over 20 million years ago.

People have inhabited Nebraska for thousands of years. Indigenous tribes, including the Omaha, Missouria, Ponca, Pawnee, and branches of the Lakota (Sioux tribes), called Nebraska’s landscape home prior to European exploration. In 1854, the Nebraska Territory was created by the Kansas-Nebraska Act, and in 1867, the state was admitted to the Union as the 37th state.

Though Nebraska doesn’t offer the same ‘grandeur’ of nearby states like Colorado or Wyoming, there are plenty of rugged buttes, hills, tables, rock, and knobs to explore. Noteworthy mountains and buttes include Hogback Mountain, Big Haystack Mountain, Rifle Sight, Lovers Leap Butte, Lone Pine Butte, and the Hat.

Chimney Rock is not only one of Nebraska’s most iconic rock formations, but it has also become one of the most recognizable landmarks in the American West. In the 1800’s, Chimney Rock, which reportedly ‘spired to the heavens,’ was one of the most noted landmarks along the Oregon, California, and Mormon Trails. Although the site was designated a National Historic Site in 1956, Chimney Rock hasn’t changed much from the impressive spire that early pioneers adored. Visitors to the monument can travel along Summit road, the oldest concrete road in the state or take a walk along the Oregon Trail, Prairie View Trail or Saddle Rock Trail.

Ponca State Park is a 2,400-acre park tucked within the charming Missouri River bluffs in northeastern Nebraska. Ponca is Nebraska’s most visited state park and features miles of picturesque wooded hills, scenic vistas, and wildlife viewing opportunities. Visitors can explore the park via 22 miles of hiking and biking trails, and the park houses three miles of access to the Missouri River. Park most popular attraction is the Three State Overlook, which offers a blufftop view of Nebraska, Iowa, and South Dakota.

Indian Cave State Park encompasses 3,052 rugged acres, 22 miles of scenic hiking and biking trails, and an impressive sandstone cave. The park’s namesake cave is its most iconic features and bears prehistoric Native American petroglyphs that can be seen from a wooden boardwalk that extends the length of the cave wall. The park also contains sweeping views of the Missouri River and the surrounding hardwood forest.

Named after an American Indian Tribe, Omaha was shaped by Native American Indian tribes, pioneers, railroad laborers, and meat packers. The city, which means ‘those going against the wind or current,’ is known as a one-of-a-kind city. Omaha is home to an impressive pedestrian bridge, the Bob Kerrey Bridge, that winds its way across the Missouri River. This bridge, which is one of the longest pedestrian bridges ever constructed, offers visitors a stunning view of the Omaha skyline. Visitors can also follow Giant Blue Push Pins throughout the city to experience Omaha’s top attractions, including the world’s largest indoor desert and a variety of unique museums and art galleries.

Most visitors to the state will consider dropping by Nebraska’s capital city – Lincoln. Lincoln is known for its charming character and dazzling new cityscape. Consider dropping by the Nebraska State Capitol, a domed tower decorated with observation decks, gardens, and sculptures. Or, spend the day walking through the Historic Haymarket District, where the streets are lined with quirky shops, interesting galleries, and popular restaurants.

Have you ever wanted to spend the night floating on the Missouri River? River Inn Resort offers visitors a unique opportunity to spend the night onboard an 18-room floating inn. The River Inn and village of Brownsville, a National Historic District, sit along the lovely Missouri River and allow visitors to explore local flora and fauna, as well as a variety of boutiques and museums.

Originally constructed by the Arbor Day Foundation, Lied Lodge is intended to serve as a space for like-minded people to discuss trees, conservation, and environmental stewardship. Today, the lodge, which features over 140 rooms and 200 acres, is a popular destination for family reunions, weddings, and vacations. At Lied Lodge, you can explore the treetops of 11 different treehouses at the Arbor Day Farm, spend a day wine tasting, or play a round of golf. 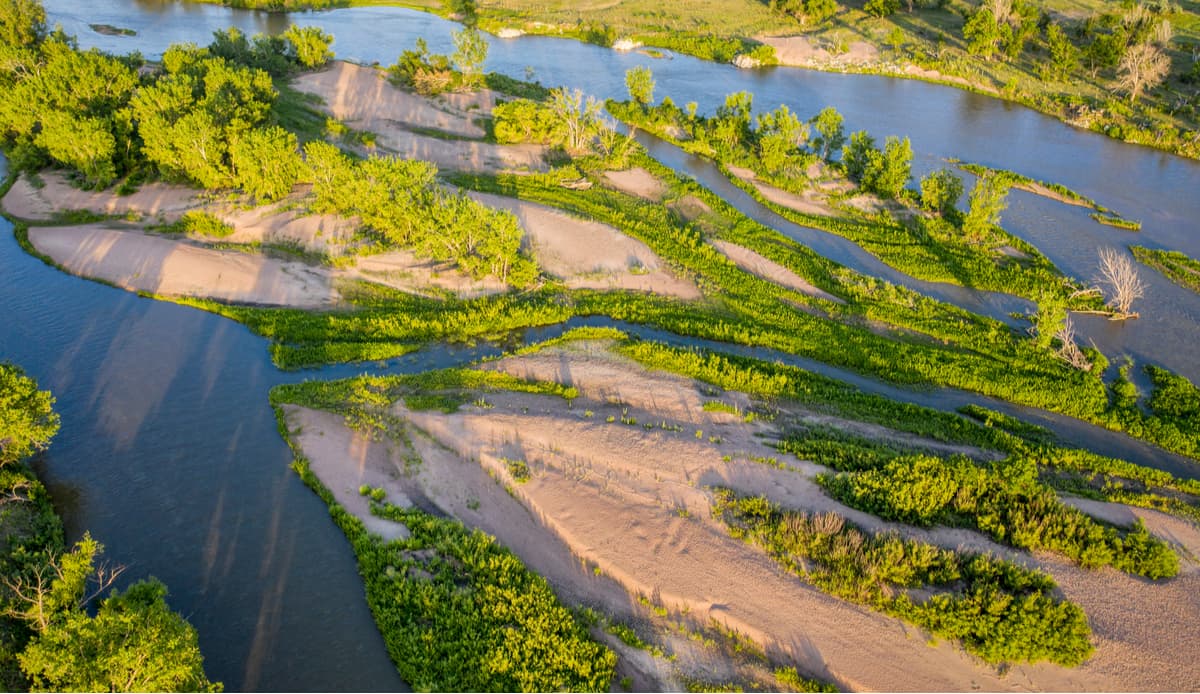 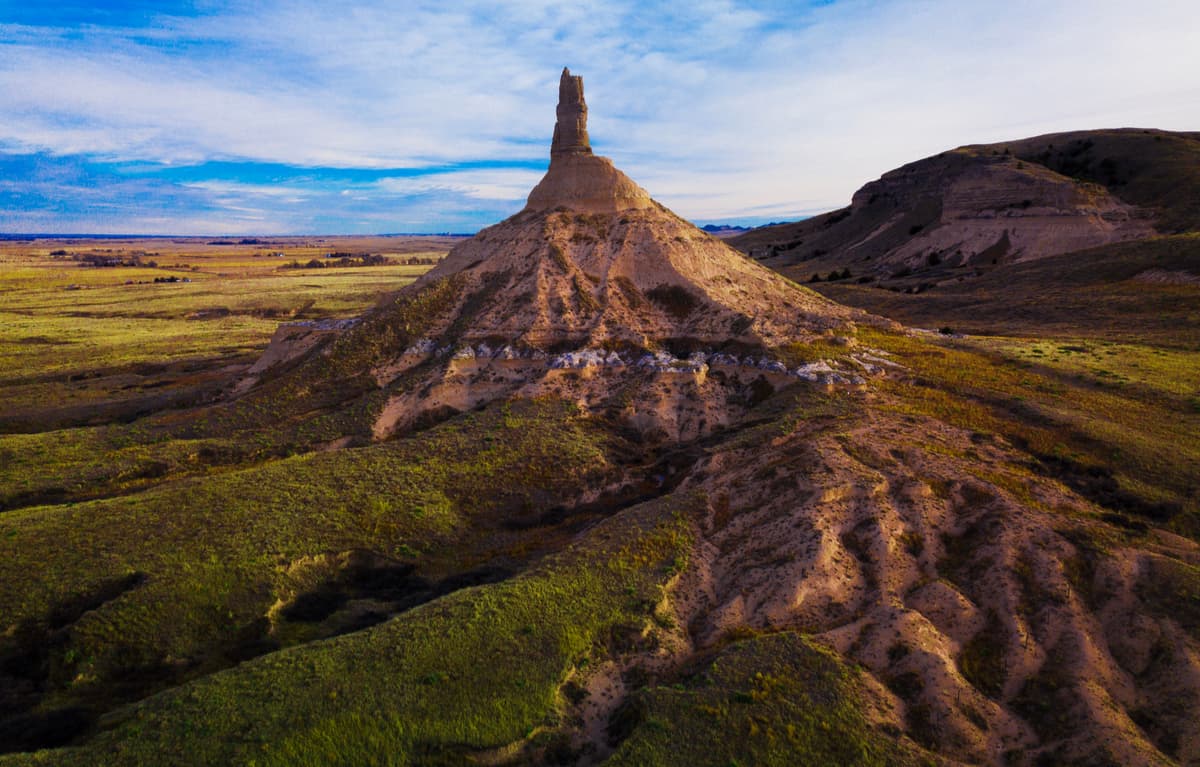 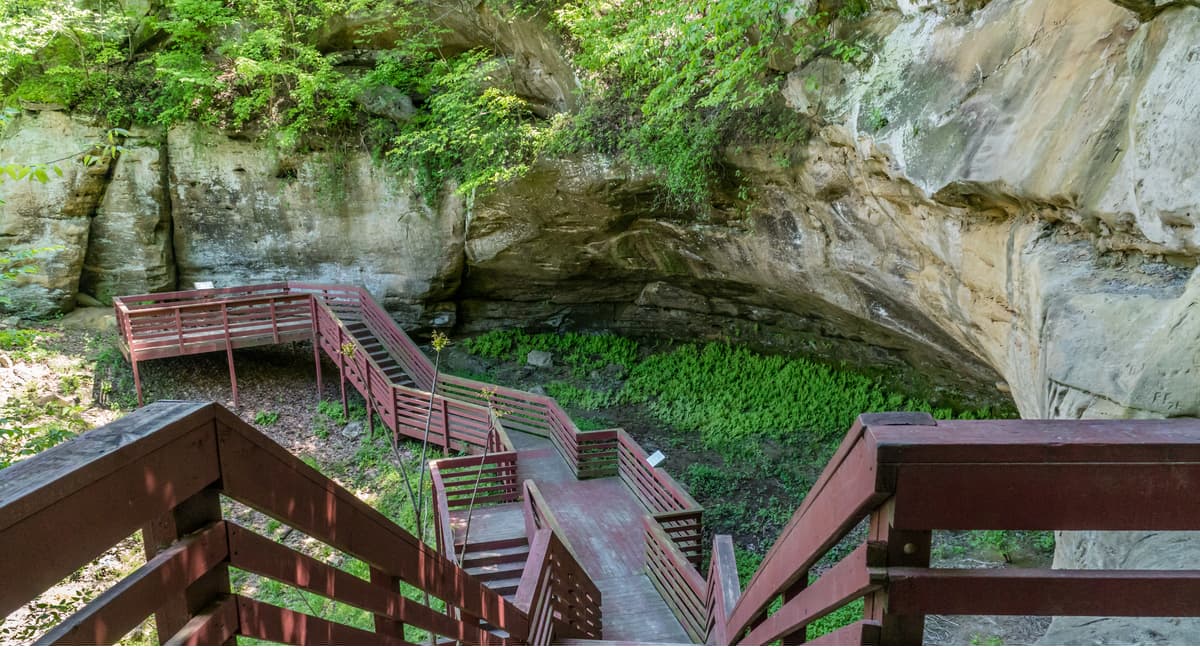 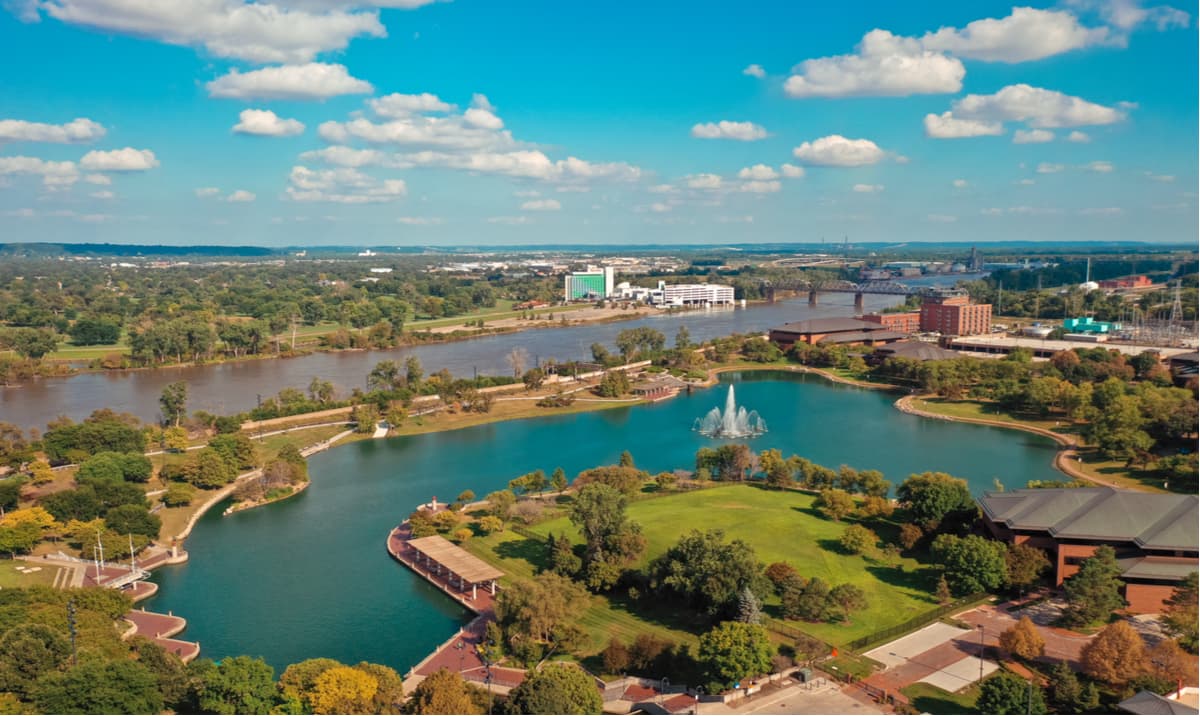 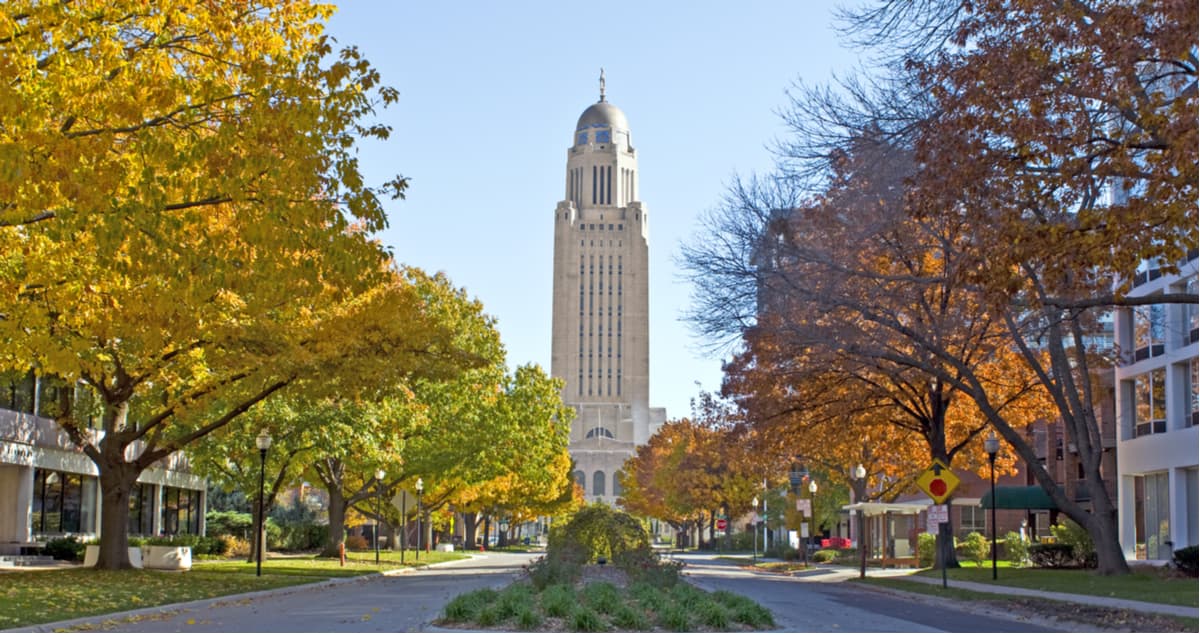