Located in the midwestern United States, Iowa is famous for its sprawling fields of corn and wheat as far as the eye can see. Although the state isn’t particularly well-known as the site of rugged, rocky peaks, Iowa is home to 28 named mountains, the highest of which is Hawkeye Point (1,673ft/510m) and the most prominent of which is Pilot Knob (1,453ft/443m). 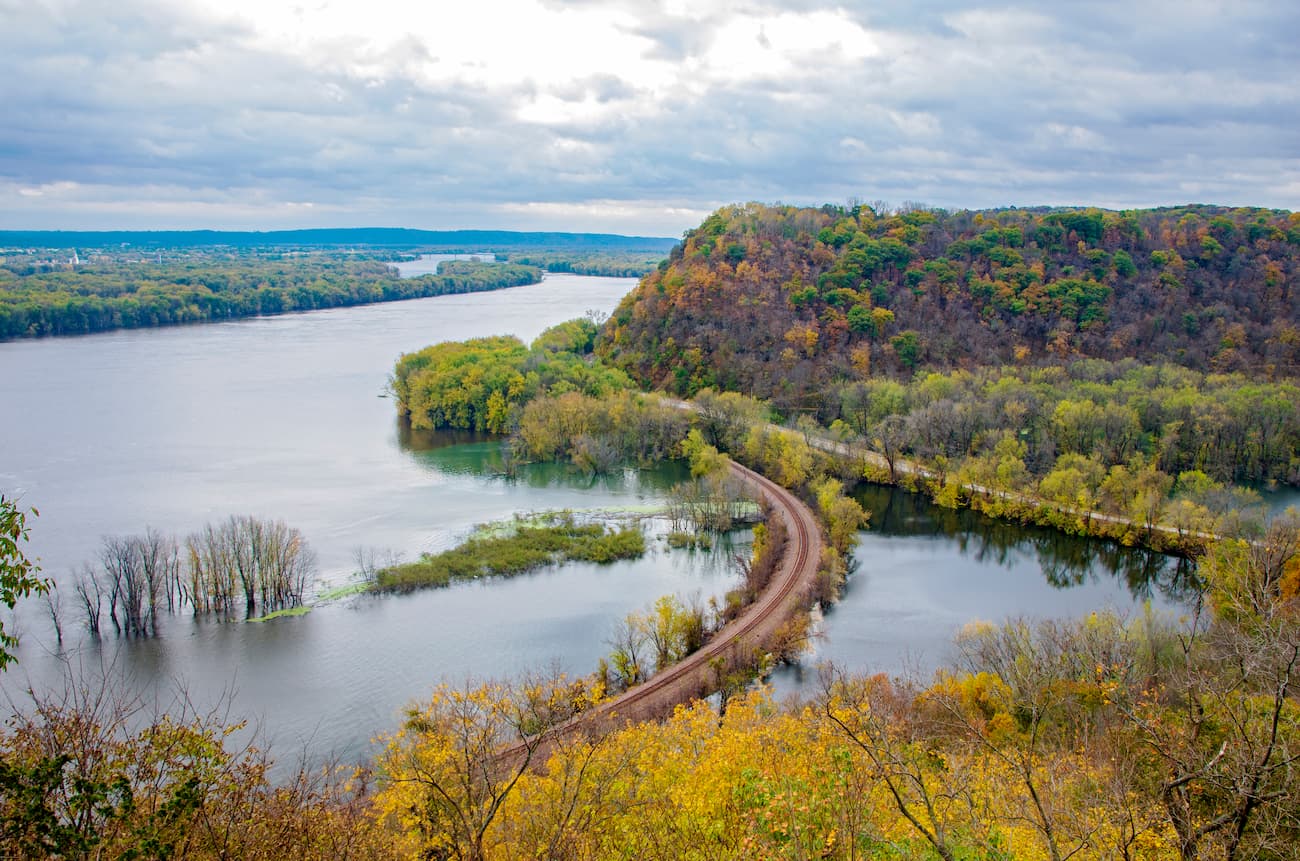 Iowa is located almost exactly in the middle of the contiguous United States. It is bordered to the east by the Mississippi River and the states of Illinois and Wisconsin. Minnesota forms the state’s northern border while South Dakota, Nebraska, and the Big Sioux River are situated along Iowa’s westernmost edge.

Finally, Missouri and the Desmoines River are located just south of Iowa, forming its southern border. Interestingly, Iowa is the only state in the US whose eastern and western borders are defined by rivers.

Within the state, there are 99 different counties, which are home to a total population of nearly 3.2 million people. This makes Iowa the 31st largest state in terms of total population. But, due to its total area of 58,295.81 square miles (145,750 sq. km), Iowa is the 36th most densely populated state in the US.

Although the midwest is often thought of as a very flat area, Iowa is actually quite hilly and includes a number of small hills such as Granger Hill, Durr Hill, Battle Hill, and Gun Shot Hill. The bedrock in the state, for the most part, increases in age as you move from west to east. For example, while the bedrock in eastern Idaho dates back to the Cambrian (500 million years old), the bedrock in the western part of the state is mostly Cretaceous (74 million years old).

In the northwestern part of the state, there are quite a few Loess hills, which are large collections of wind-blown sand, silt, and clay sediments. These hills are located along the Missouri River channel and rise about 200 feet (60m) above the plains below.

The Loess Hills of Iowa formed from the well-ground sediments left behind by the massive Wisconsinan Glacier that covered the northernmost section of the state during the last glacial maximum. As this ice advanced, it ground down bedrock into tiny, dust-like sediments that then flooded the Missouri River Valley with the ensuing meltwater.

When the glacial melt water eventually dried up, the sediments were transported by the wind, creating large dune fields that were then stabilized by grass and eroded into the Loess hills landscape that we see today.

Iowa also has quite a few large natural lakes, including West Okoboji Lake, East Okoboji Lake, Clear Lake, and Spirit Lake. In fact, the state was covered with about 6,250-9,375 square miles (16,187-24,281 sq. km) of wetlands before the arrival of European settlers. These days, just 5% of these natural wetlands remain, as much of Iowa was drained to make way for added farmland.

Iowa has what’s known as a humid continental climate (Köppen climate classification Dfa). This means that it has both extreme heat and extreme cold, as well as quite a bit of precipitation.

During the summer, Iowa is very hot and humid with temperatures regularly surpassing 100ºF (38ºC). By the early spring, the state is regularly hit with severe weather, including substantial thunderstorms and tornadoes. Meanwhile, the winter months bring cold temperatures that are often below freezing, including a record low of -47ºF (-44ºC), which was recorded in 1996.

The predominant natural ecosystems of Iowa are savanna and tallgrass prairie, though the state is also home to small amounts of wetlands and some more densely-forested river valleys. In the southern part of the state, there are also some Central forest-grasslands transition ecosystems while the north also has some small parcels of Central tall grasslands.

However, the majority of Iowa is now used for agricultural purposes. Most of Iowa’s natural forests were logged to extinction, while just a tiny fraction of the tallgrass prairie that once dominated the landscape still exists today. Indeed, a significant majority of land in the state is privately owned, with public land making up just 1,576 square miles (4,081 sq. km) of Iowa.

Before the region was extensively settled and farmed, Iowa was home to a wide range of wildlife, including bison, deer, elk, grey wolf, mountain lion, lynx, coyote, black bears, beavers, muskrat, mink, and otters. While the state no longer has known breeding populations of wild bison, bears, mountain lions, or many of other animals that once dominated the region, it is still possible to see wildlife in Iowa.

The original inhabitants of what is now Iowa arrived in the region some 10,000+ years ago, living in a very different landscape than what we see today. At that point, the ice had recently recreated leaving behind a post-glacial landscape.

By the time Europeans or European Americans arrived in the region, there were quite a few different groups of native people, including the Dakota Sioux, Ioway, Sauk, Meskwaki, Illini, Otoe, and Missouria, among countless others. Louis Joliet and Pere Jacques Marquette, two Frenchmen are believed to be the first Europeans to make contact with the native people of Iowa.

Some of the native people of Iowa fought with the British in the War of 1812 at Fort Madison, where they defeated US troops. In 1829, the US government forced native groups in western Illinois to move into Iowa, leading to armed conflict and the ultimate defeat of the Sauk people at a battle on Bad Axe River. As a result of this conflict, the Sauk and Meskwaki were forced out of Eastenr Iowa and the final native landholdings in the region were forcibly taken by the US in 1851. These days, the state has just one current reservation wholly within its borders - the Meskwaki Settlement of the Meskwaki Nation.

Iowa officially became a state in 1846, making it the 26th state to join the union. European-American settlers started arriving in Iowa in droves by the mid-19th century, often by wagon or by steamboat on the Mississippi River. The construction of railroads around the state in the late 1800s and early 1900s revolutionized Iowa and allowed it to grow into an agricultural and industrial hub for the region.

During the Civil War, Iowa supported the Union, however there were no battles in the state. In the aftermath of the war, immigration continued to grow the state’s population, bringing large numbers of European settlers, most of which were from Germany, Ireland, Norway, Sweden, the Netherlands, and the United Kingdom.

Additionally, although slavery never officially existed in the state, large numbers of slaves were brough by white settlers from southern states and many other newly freed slaves settled in Iowa after the Civil War.

The years after both World Wars, the Great Depression, and the Dust Bowl all had a devastating impact on Iowa’s economy as the state saw reduced farm subsidies. Since World War II, the state has undergone a significant shift, politically, economically, and socially.

While agriculture is still the dominant industry in Iowa, the state has also seen an increase in manufacturing of commercial and domestic goods that are exported around the country and the world, as well as a growth of other industries, particularly those in insurance, publishing, and healthcare.

Although Iowa doesn’t have any named mountain ranges, it does have some nice hiking areas to enjoy. Here are some of the most popular hiking areas in the state:

The high point of the state of Iowa, Hawkeye Point is a popular destination among people trying to visit the 50 state highpoints. Although Hawkeye Point is not located within Gull Point State Park (it’s a short drive away), it’s worth a visit if you’re in the area.

You can actually drive right up to Hawkeye Point, but the land is now owned by Osceola County, so you can walk around a bit and enjoy standing at the top of Iowa! At Gull Point State Park, there are plenty of trails to enjoy and a large lake, which allows fishing, swimming, boating, and other outdoor recreation opportunities.

Ledges State Park is one of the most popular parks in Iowa and is located almost in the exact middle of the state. It is a popular destination due to its large canyons and cliffs that were carved out by the nearby Des Moines River. There are a few miles of hiking trails that take visitors down to Pea’s Creek Canyon and other natural attractions.

Maquoketa Caves State Park is located to the south of Dubuque and is a great place to explore a unique subterranean landscape. Visitors to the park can take a short hike in the caves after attending a brief educational lecture that’s designed to limit the spread of White Nose Syndrome among the region’s bat population.

Pilot Knob State Park is situated around the state’s most prominent hill, Pilot Knob. It has a nice collection of trails that are suitable for both hikers and horseback riders, as well as some nice cross country skiing in the winter months. There is also a small lake in the park that’s home to floating sphagnum bog and plenty of native plant species.

Ocheyedan Mound is an isolated hill in northern Iowa that’s well known for its abundance of wildlife. In fact, it was once thought to be the tallest point in the state, but after surveying the landscape, the nearby Hawkeye Point was identified as being about 60 feet (18m) higher. There are a few short trails around the Mound, which offer good views of the surrounding area.

Here are some of the best places to stay when visiting the great state of Iowa:

Des Moines is the capital of the state of Iowa and its largest city. It has over 214,000 residents and is located in the central part of the state. It is known for its large insurance industry, as well as its financial and publishing industries.

The city is served by both I-35 and I-80, which offer good road links around the country. Additionally, Des Moines has the state’s largest airport, which has good flight connections to major cities around the United States.

Iowa City is located in the eastern section of Iowa and has a population of 75,000 people. It is the fifth-largest city in the state, but it was the first capital city of Iowa when it achieved statehood.

Iowa City has a large network of hospitals under the University of Iowa Hospitals and Clinics, which is one of the major employers in the city. The ACT College Testing service is also headquartered in Iowa City. Transport in and out of the city is mostly by road along I-80.

Cedar Rapids is the home to over 125,000 people, making it the second largest city in Iowa. The city is considered to be one of the economic hubs of the state and is also well-known for its flourishing arts scene. It is also one of the world’s largest corn and grain processing cities, which provides a significant source of income for local workers.

Cedar Rapids is located along I-380 as well as US Highways 30, 151, and 218. It is also served by the small Eastern Iowa Airport, which offers good regional connections to other major transportation hubs.

The city of Dubuque Iowa is located along the eastern edge of the state at its junction with Illinois and Wisconsin. It is one of the main cultural, educational, and economic hubs of the Tri-State Region and is a popular tourist destination because of its unique architecture. Dubuque is actually one of the fastest growing cities in the United States, thanks to its burgeoning healthcare, tourism, financial, and publishing industries.

Dubuque has a small regional airport that has daily flights to Chicago O’Hare. However, most people travel to the city by road as it is well serviced by US Highways 20, 151, 61, and 52. 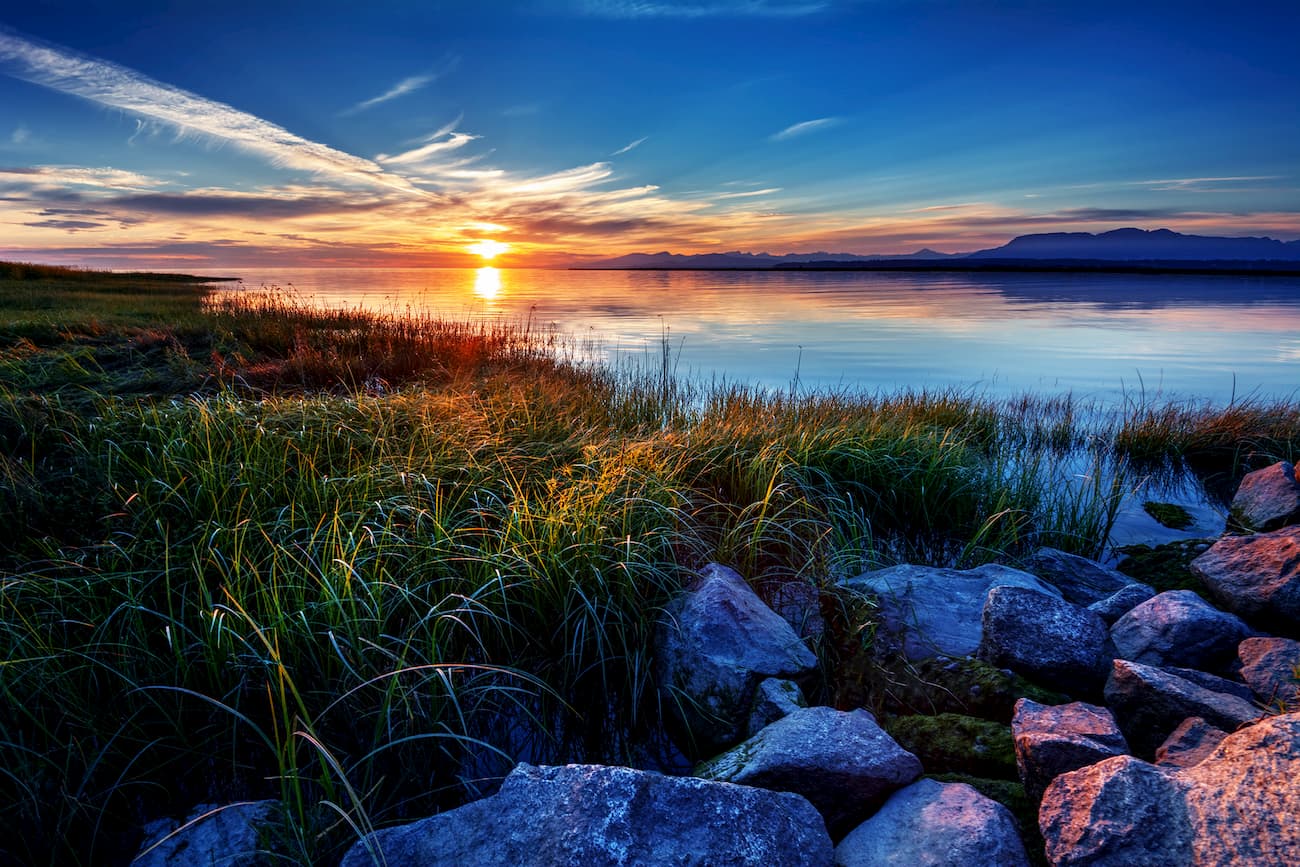 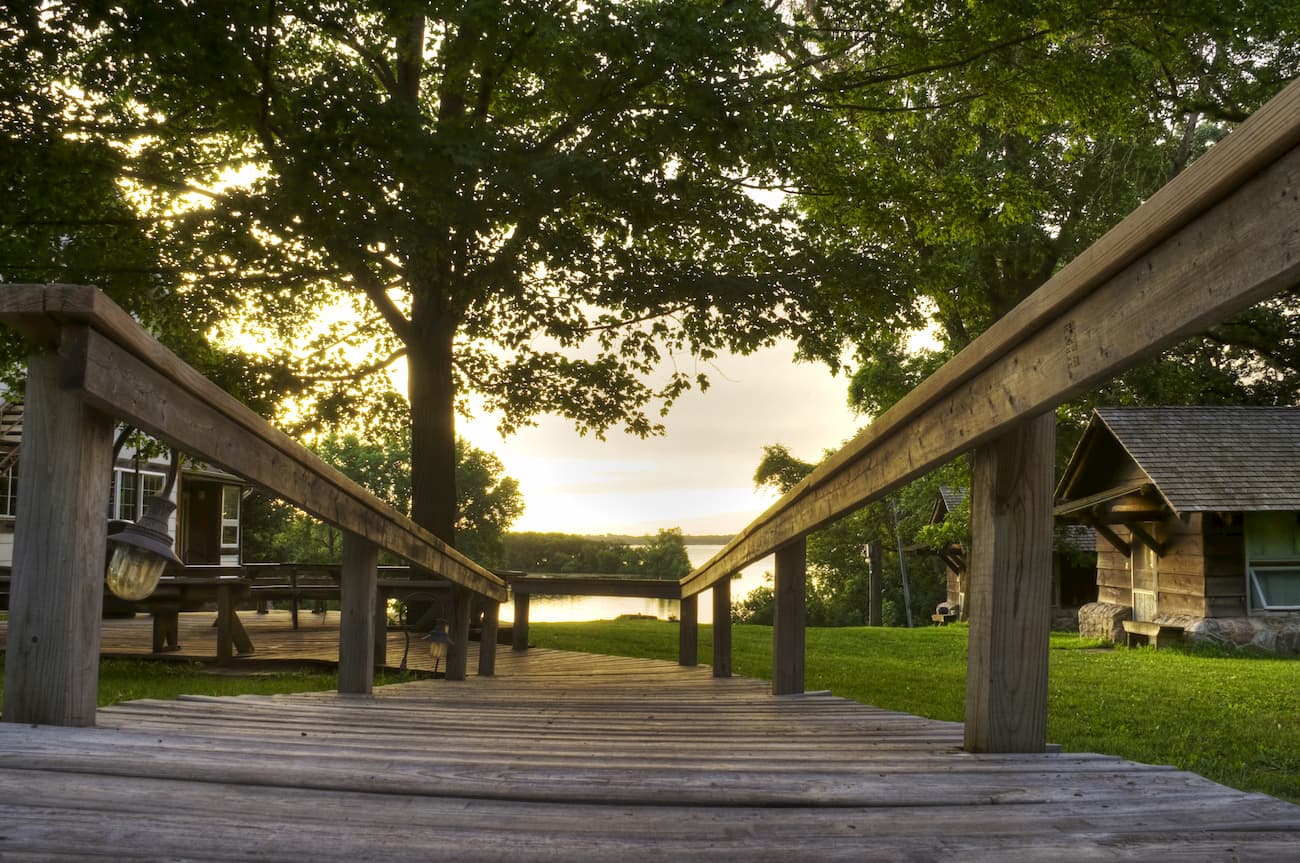 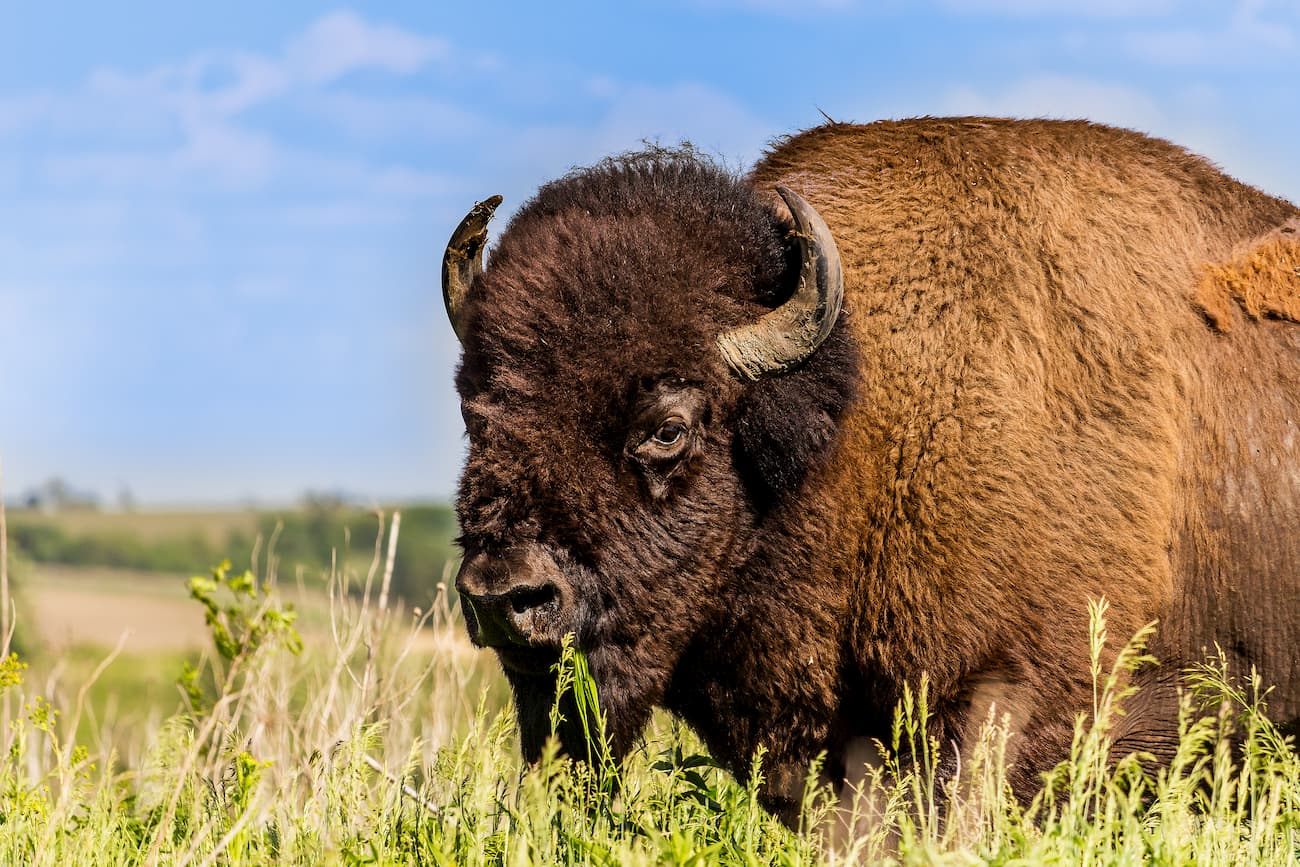 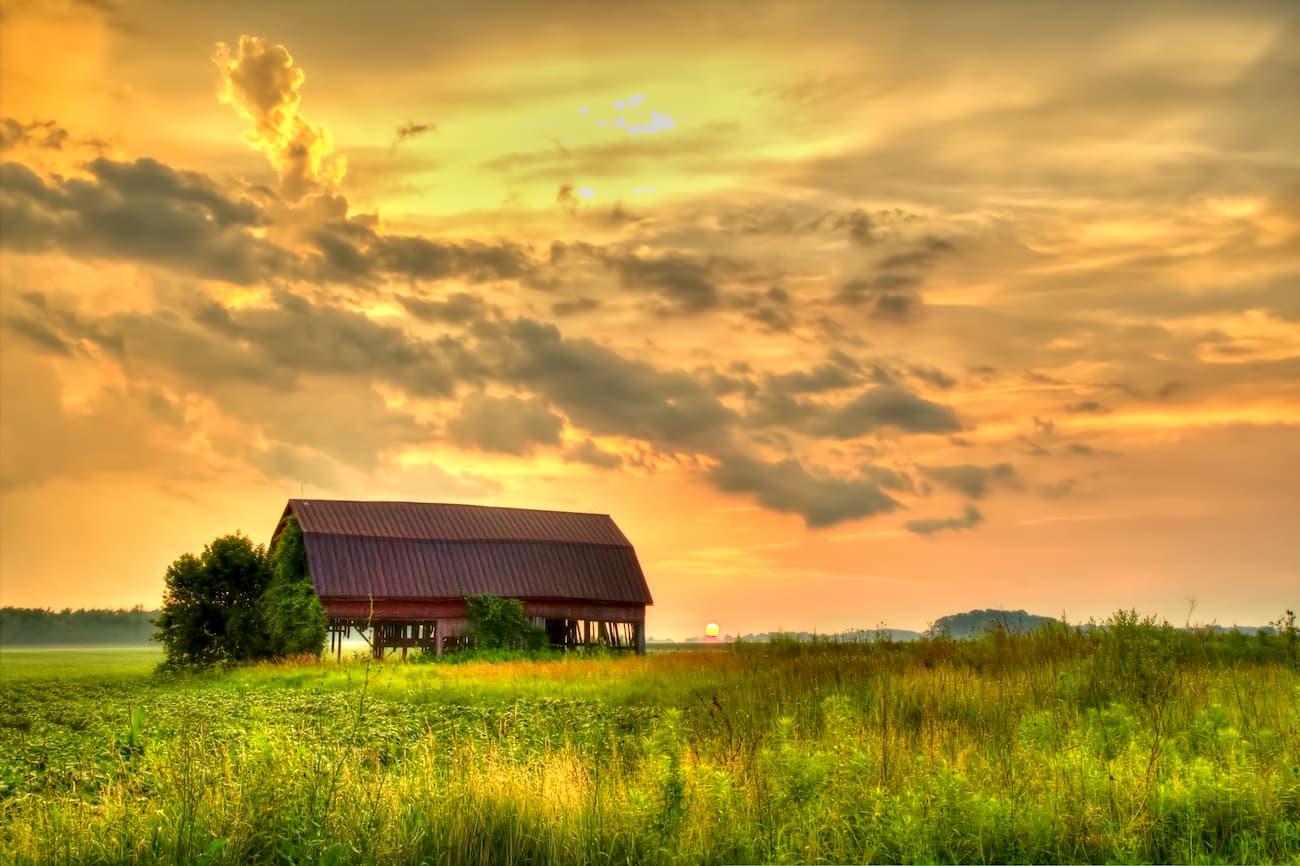 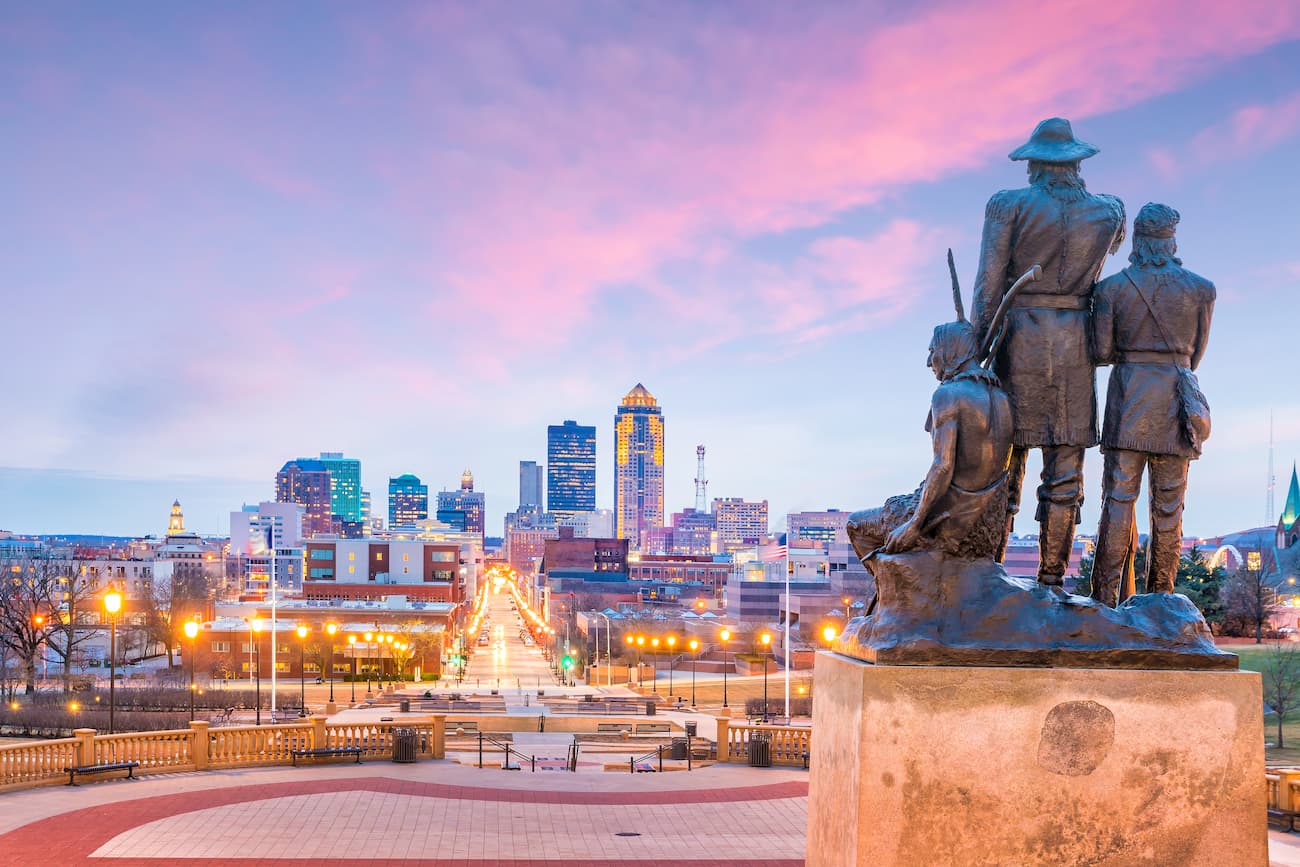 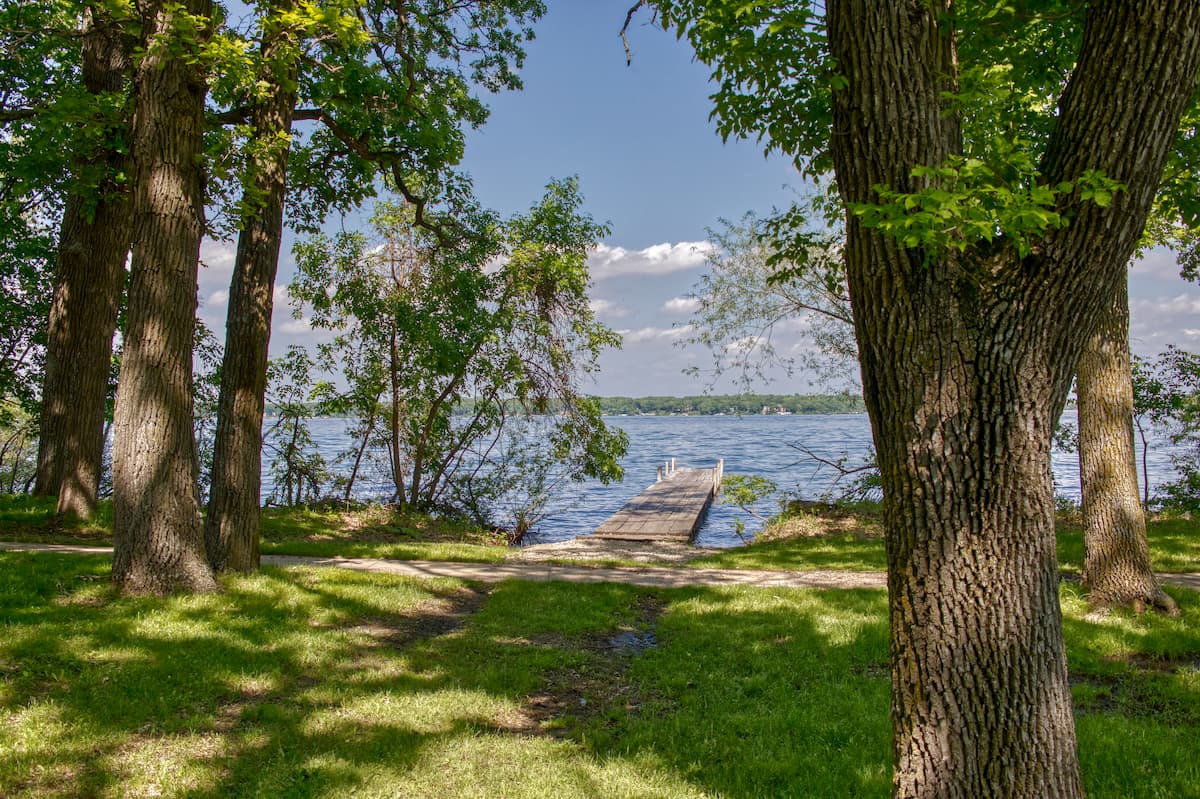