Lecco
1
Mountains with prominence of 1 ⁠500 ⁠m / 4 ⁠921 ⁠ft or more.
Highpoint

Lecco is surrounded by mountains which compose an exceptional panorama of Prealpi Orobie. This landscape is a watercolour of varied colors changing with seasons: the mountains of Lecco are pure and white in winter, sunny and vibrant in autumn, fresh and minty-green due to its generous and luxuriant vegetation during spring and summer. This natural setting of Lecco snuggly nested amidst mountain peaks ensures the region’s inimitable beauty.

San Martino, which seems to fall sheer into Lake Como (aka Lario), Grigna and Grignetta, and Resegone, with its unmistakable saw-shaped profile, are symbols of Prealpi Orobie. These mountains have same composition of limestone, dolomite, and clay. The feature is clearly visible during sunsets, the colour of Resegone appears pink and reminds of the famous Dolomites.

The mountains of Lecco have rich mountain flora and typical alpine fauna. The natural parks and sites hide many naturalistic and geological treasures. One the biggest sites is the Regional Park of Northern Grigna that preserves wild nature on the territory of 5000 hectares.

Grigna and Grignetta are the most fascinating Lombard hiking destinations and appear to be a natural barrier between the lake and the eastern valleys. Grigna Settentrionale is the most prominent mountain. Pizzo dei Tre Signori and Monte Legnone dominate Valvarrone. From Monte di Brianza to Corni di Canzo and Monte Barro in the east to the western zone, which goes from Abenza to Piani dei Resinelli with Resegone in the center, Lecco area is paradise for the experienced hikers but also for those who want to embark on a career of an expert mountaineer. There are 216 named mountains in Lecco region with the highest point Monte Legnone.

“Il Sentiero del Viandante” is an itinerary dating back to the Roman period, the only way of communication by land for the towns at the eastern shore of Lake Como. This route was a part of the path from Milan to Switzerland. Currently its total length is about 50 km, which can be approached in several stages. The trail starts in Abbadia Lariana (LC), near a small church of San Martino, and ends in Morbegno (SO).

Starting from Varenna, the path meets once you reach the town of Vezio (Perledo) above the village. Here you can take the Viandante in two directions: the simplest stretch to the north until you reach Bellano, or a more challenging stretch towards Lierna to the south. The stretch of the Viandante from Varenna to Bellano is a simple path, suitable for everyone, practicable in about 2.5 hours. Along the way, it is possible to admire nice glimpses of the lake and see the traces of rich local history, there are charming ancient farmhouses and cosy votive chapels.

The points of interest along the path are the castle of Vezio, an ancient medieval fortress overlooking the lake with many ghostly figures strewn in its garden, and the Orrido di Bellano, aka the Devil’s House, a gorge carved by the Pioverna stream. Its dark sinuous recesses, the gloomy rumble of the turbulent water have inspired many creative people for sombre verses and macabre tales.

The part of the trail from Varenna to Lierna is much longer and more demanding (about 4 hours). It is recommended for more trained hikers. The Varenna-Lierna route has two options: a higher one, which goes up from Vezio towards Ortanella up to almost 1,000 meters, and a lower one that from the hamlet of Pino to Varenna passes through Coria at 780 meters and then descends back to Lierna. Along the way there are many sights such as Villa Capuana, a castle of Lierna and a church of San Pietro in Ortanella.

The Pizzetti trail is a must-do hiking route to experience Lecco and its mountains in close contact with rocks and nature. The path does not require much time, but demands much attention and preparation. The departure is close to the Church of Frati Cappuccini (viale Turati) in Lecco. The indication number is 53 Pizzetti towards Rifugio Piazza. The Pizzetti path offers extraordinary views on Lake Como and its surrounding mountains. Having arrived at the destination, you can relax at Rifugio Piazza. This trail is not suitable for families with children. It is an EEA route (Expert Hikers with Equipment) with the presence of areas exposed to the elements and chain-equipped points.

The Ragni della Grignetta are one of the most prestigious Italian mountaineering groups on the international scene. The straightforward translation of Ragni is Spiders, because they climb like ones. The group has a history of over 70 years, made of climbs at the highest levels in the mountains all around the world. Many of the climbers who have made the group great today are no longer here. Still, their legacy continues to live in the activity of all those who, with pride and deference, wear the red sweater with the symbol of the seven-legged spider.

“Witnessing so much history and so many expectations this sweater can be and certainly is a burden to carry for a climber. But this same sweater is also a constant spur to tenaciously pursue our dreams and our ambitions, as it reminds us where we came from and where we can get…” Fabio Palma

The most popular spots

Lecco is a place of many stories about men and mountains, passion and courage, breathtaking views, advanced hiking trails and walks suitable for everybody. The peaks around Lecco have been the playground of generations of climbers. Heroes like Riccardo Cassin and Carlo Mauri have climbed here, as well as legendary Ragni della Grignetta [Grignetta Spiders] – one of the most prestigious mountaineering groups in the world – who are continuing their glorious traditions. The place also attracts free climbers.

The starting point is Versasio gondola lift. It takes just five minutes for you to climb 1,300 metres to Monte Resegone’s Piani d’Erna, a natural balcony which overlooks the Lake of Lecco. In the winter, you can make a quick descent using a bobsleigh or sledge, while there are also several hiking routes if you’ve remembered to pack your snowshoes. In the summer, you can enjoy hikes and the adventure park where rope bridges and raft luges will keep the kids smiling. June brings a chance to take part in the famous Lecco Resegup skyrace, which sees participants race against each other from the lake to the summit.

At an elevation of 2,609 meters Monte Legnone is the highest peak of Lecco province and the highest mountain at Lake Como. It offers a spectacular 360-degree view with hundreds of peaks on the horizon. Ortler, Monte Rosa, Finsteraarhorn, Piz Bernina, just to name a few. But this beauty doesn't come free, the trail is demanding and has the elevation of 1,200 meters to reach the summit. For less experienced hikers and families there is a trail towards a smaller brother of Monte Legnone - Mount Legnoncino. It is way closer to Roccoli Lorla mountain hut and the parking area. The area offers many opportunities for trekking, admiration of breathtaking views, shelters and refreshment points.

Marvelous limestone with its particular formations is the setting for a world unchanged over the centuries. The area is a true gem to behold due to a balanced combination of natural resources and human presence, woods and pastures, superb mountains in their motionless beauty and huts, shelters, hiking trails and well-equipped routes for mountaineering.

Man has patiently been working to enrich the landscape through wise mountain agriculture, unique pastoralism and ingenious silviculture, which taken as a whole give the area a very distinct indigenous colors, aromas and flavors. This is a powerful brew to be tasted and be forever engraved in the memory of visitors.

Rifugio Azzoni (1,860 m) is located at the summit of Resegone, one of the symbolic mountains of Lombardy. It has a breathtaking view from the Bernese Oberland to the Apennines at Monviso, Monte Rosa, Adamello. The easiest way to reach this mountain hut is to arrive at the station of the Piani d’Erna cable car. The path will take you through woods, rocky steps and after 2 hours and a 700-meter elevation drop you will find yourself comfortably greeted at Azzoni refuge. Contact phone number is 0341.284282.

The Refuge Brioschi rises just below the summit of Northern Grigna (or Grignone) at an altitude of 2,403 m. From the hut, one can observe an exceptional panorama of the Alps, Prealps, lakes and the Lombard plain. The classic ascent route (recommended only for those who are very well-trained) is the one that starts from the Colle di Balisio (or from Pasturo) following the signs 31 and 33, with a drop of 1,700 meters. It is advisable to stay overnight to enjoy the sunrise. Contact phone number is 0341910498.

The Cainallo refuge is located on the northern slope of Grignone, at 1,270 meters. it is an isolated hotel in a panoramic position, accessible by car. Contact phone number is 0341860131.

The Laghi Gemelli Refuge is located at 1,968 m in high Brembana Valley, in the Orobie Alps, near the dam that closes the lake of the same name. To reach this mountain hut, follow path 211 from Carona. Having reached a fork in the road, ignore the left road to the Calvi refuge and continue to the right reaching the refuge after about 3 hours of walking and a height difference of 850 meters. Contact phone number is 0345 71212.

The Rifugio Curò is located at 1,895 m on a hill overlooking the western shore of Lake Barbellino, between Pizzo di Coca (3,050 m) and Pizzo Recastello (2,886 m), in the Orobie Alps. Itinerary No. 395 will take you there passing trough Val Seriana and Valbondione. The route is a bit rough, has the altitude of 1,000 m and requires 2.5 hours of walking. Contact phone number is 034644076.

Lecco is associated with the famous incipit of Promessi Sposi - The Betrothed of Alessandro Manzoni "That branch of Lake Como, which turns towards noon, between two chains of unbroken mountains ..." The city of Lecco is easily recognisable on the map and it coincides with the geographical point where the Adda river leaves the Lario.

Lecco city reveal its centuries-old history of great successes in industrial and commercial fields and manufacturing heritage of iron wire and silk thread, still evoking strong sensations and admiration of the surrounded mountains.

Colico is the northernmost municipality of the province of Lecco. It has a strategic position connecting Milan and Brianza with Lake Como and the Valchiavenna. Precisely because of this strategic aspect, in the seventeenth century the Count of Fuentes, a Spanish governor, had the Fort of Fuentes built to control the roads. Unfortunately Napoleon destroyed in two centuries later.

Not far away, again due to its position as a crossroads, the Montecchio Nord Fort, the best preserved military fort in Europe, was built for the First World War. The cannons are still fully functional and you can also admire a wonderful view of the lake and the Alps.

Varenna is a former fishermen village that became one of the must-sees on Como lake with its ancient churches (e.g. St. George Church) and majestic Villa Monastero with its botanical gardens and a museum house and the park of the adjacent Villa Cipressi. From Varenna you can reach the Castle of Vezio, overlooking the town, and offering a breathtaking views of Lake Como, Bellagio and also enjoy falconry shows. 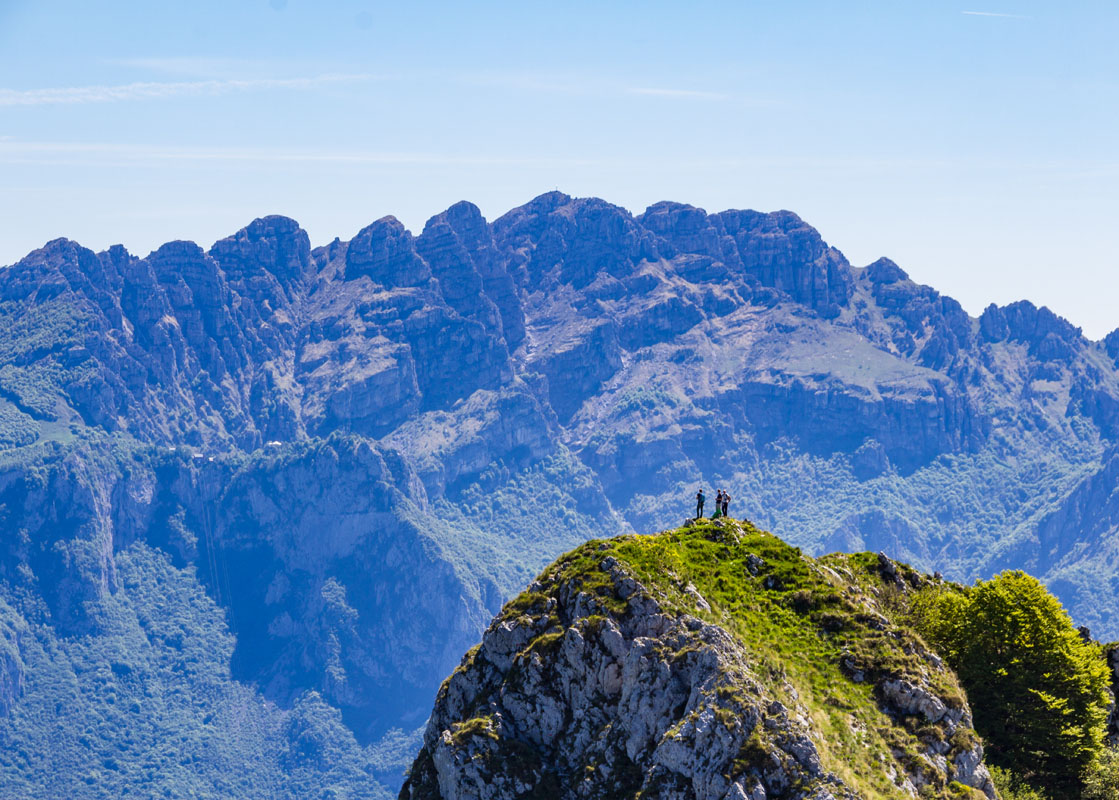 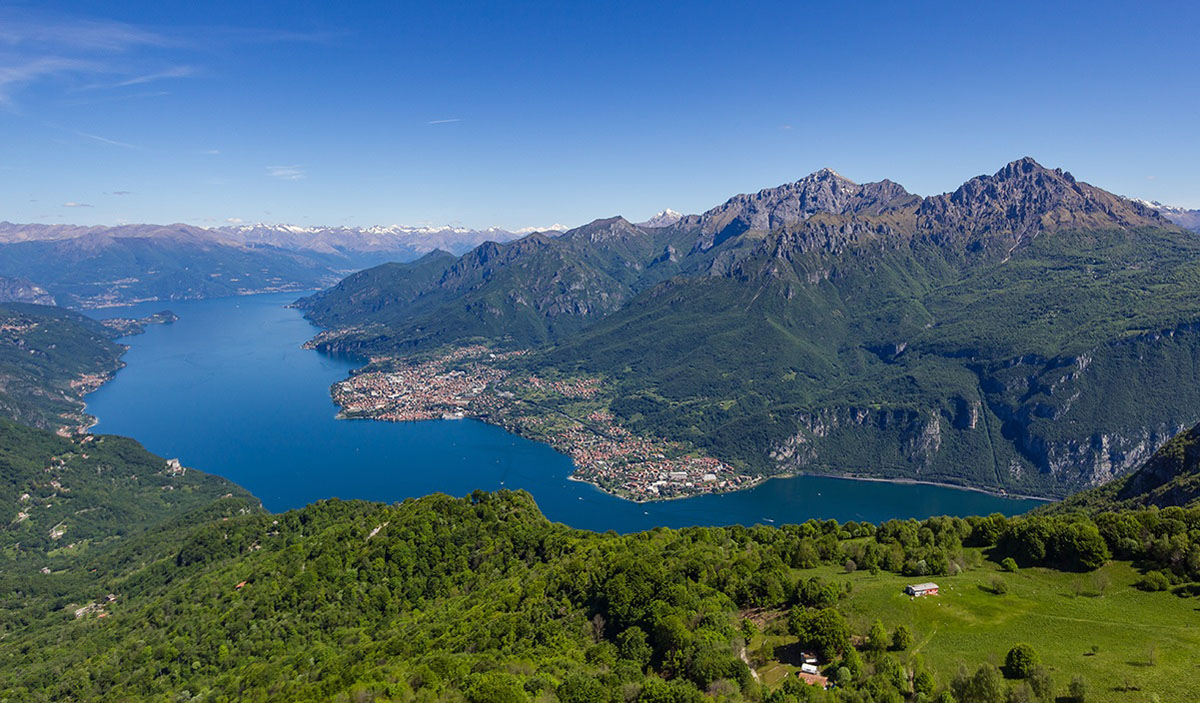 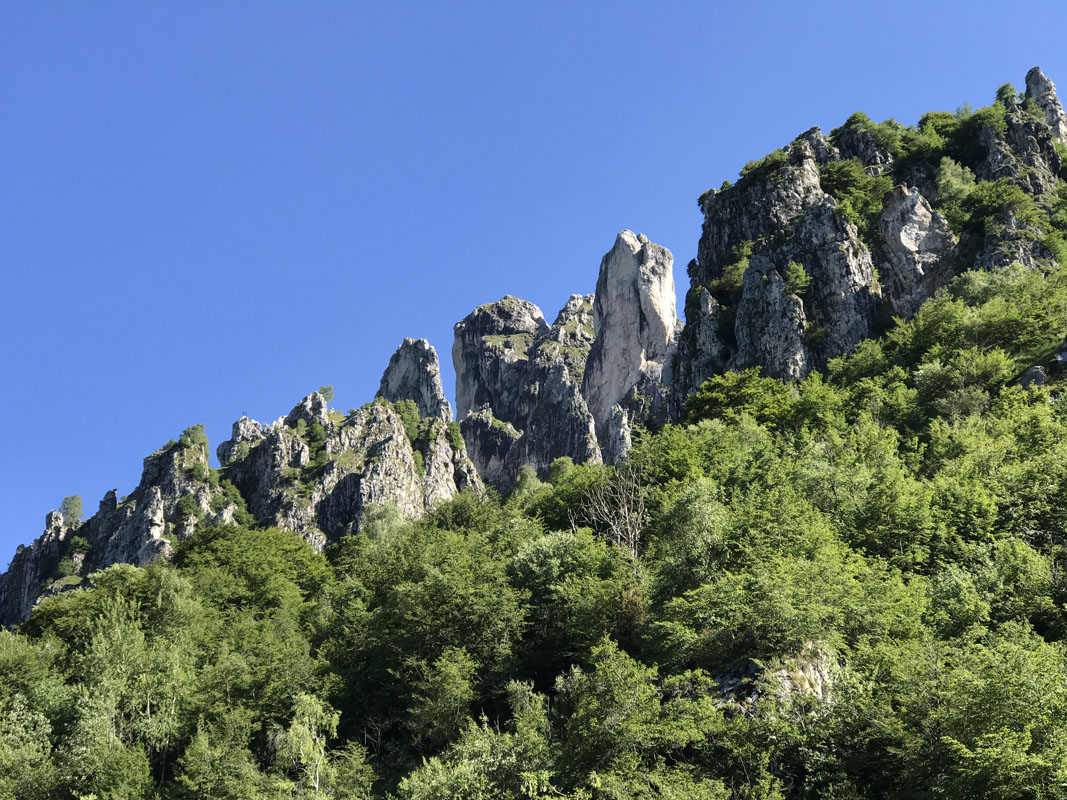 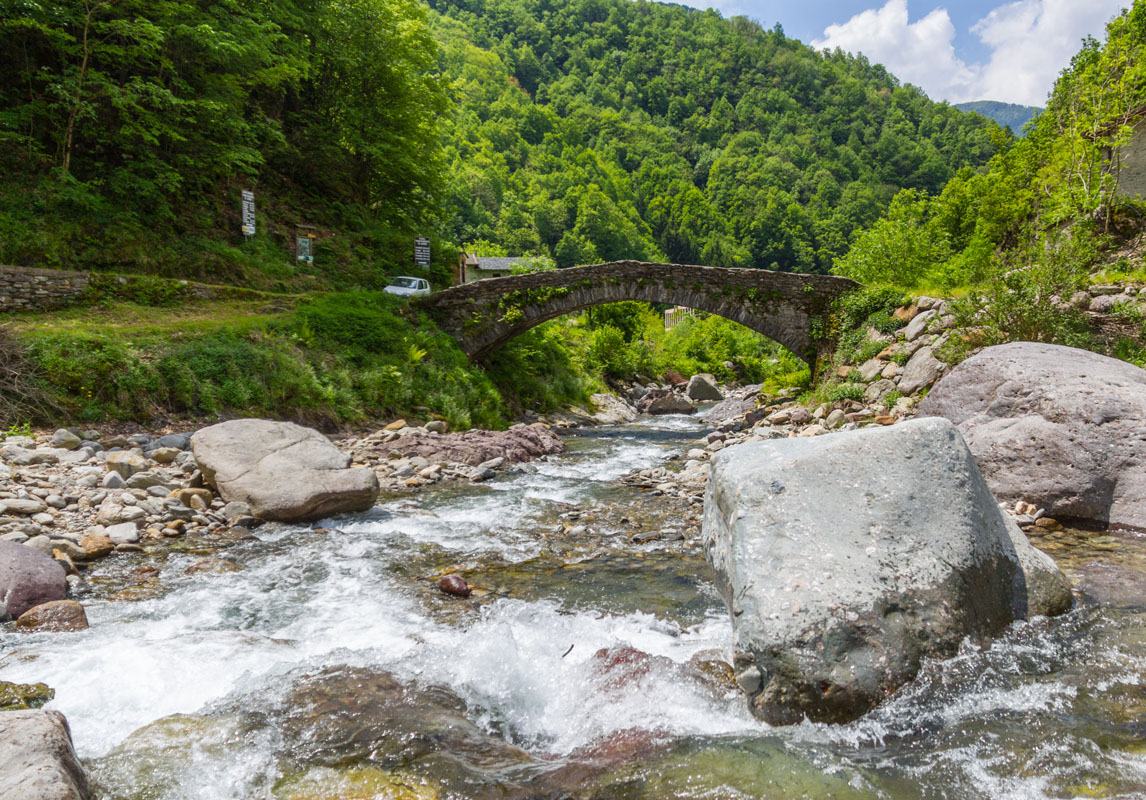 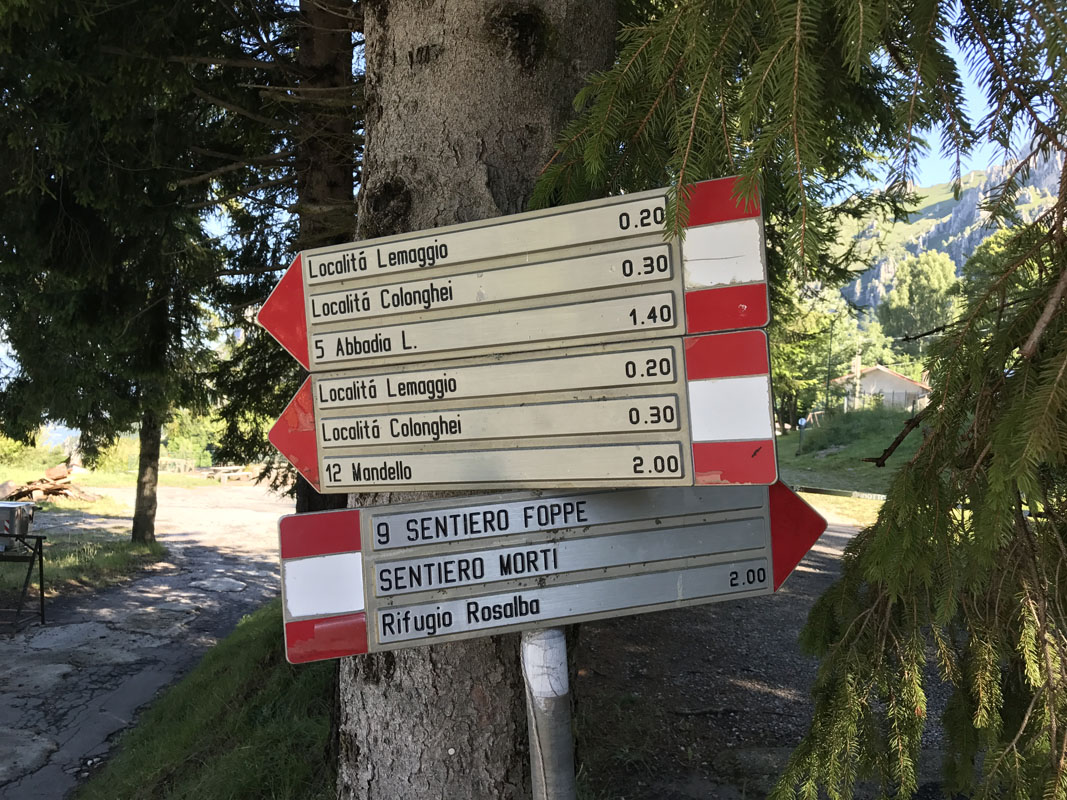 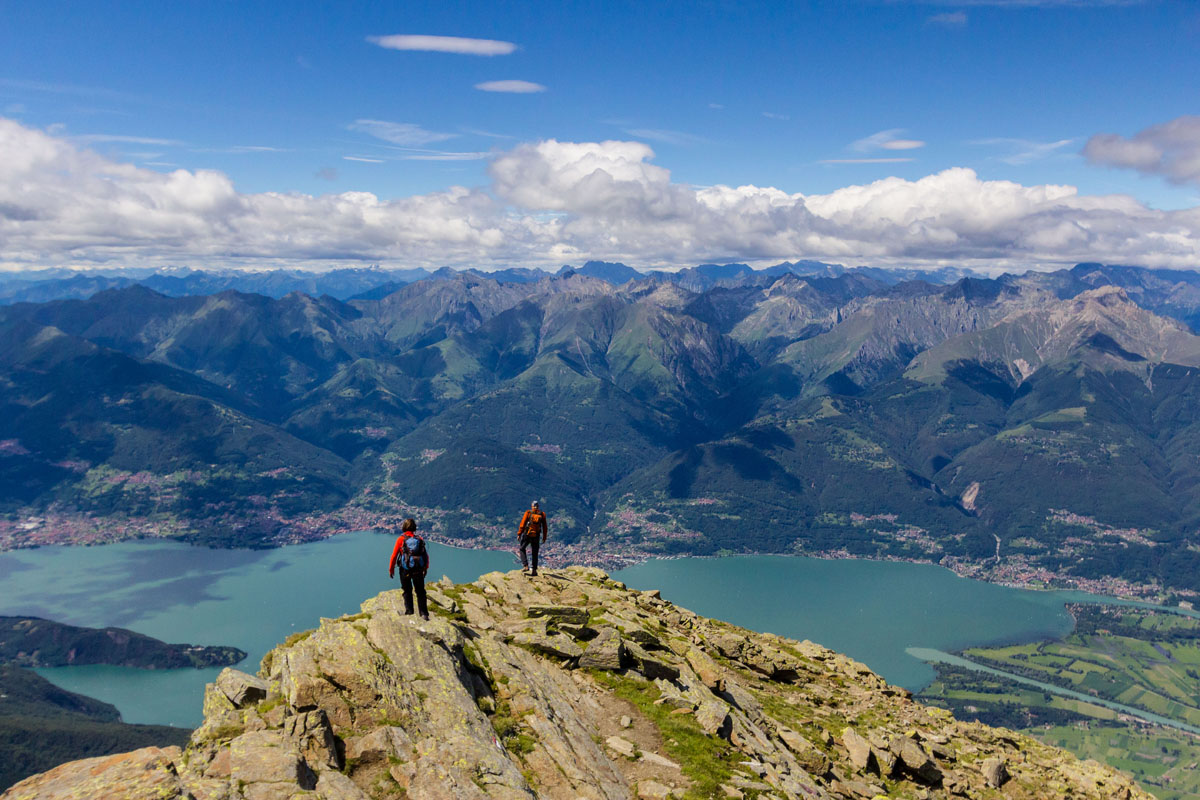 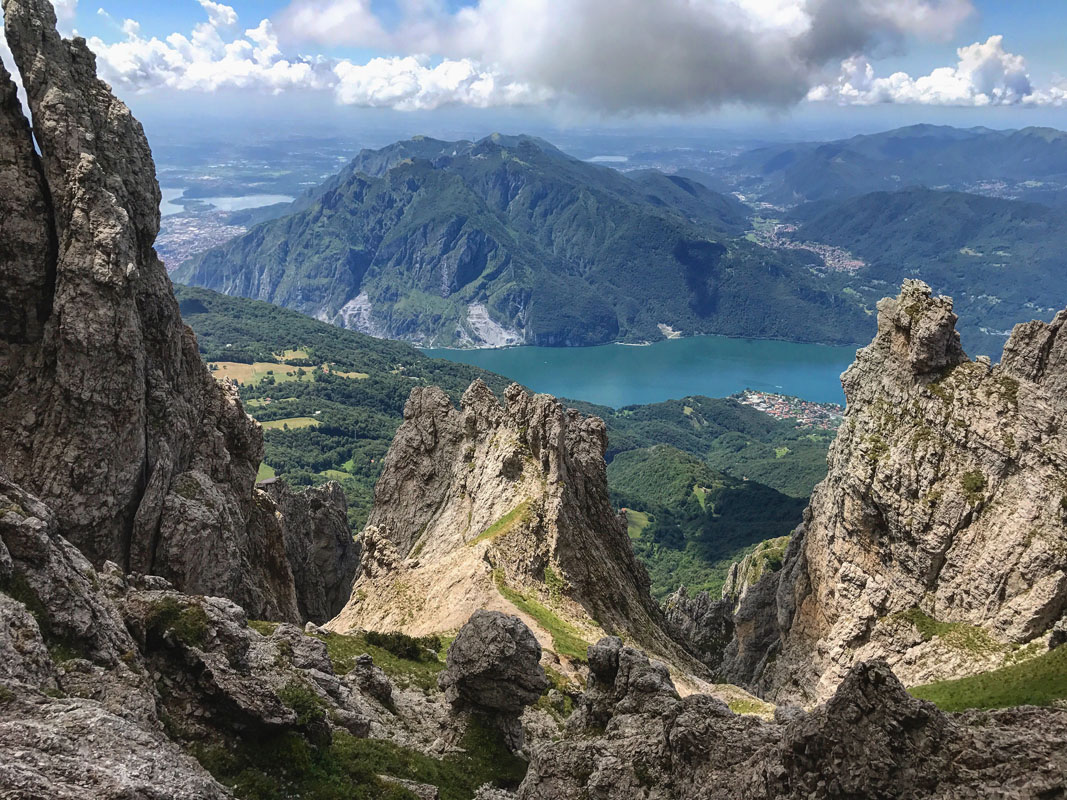 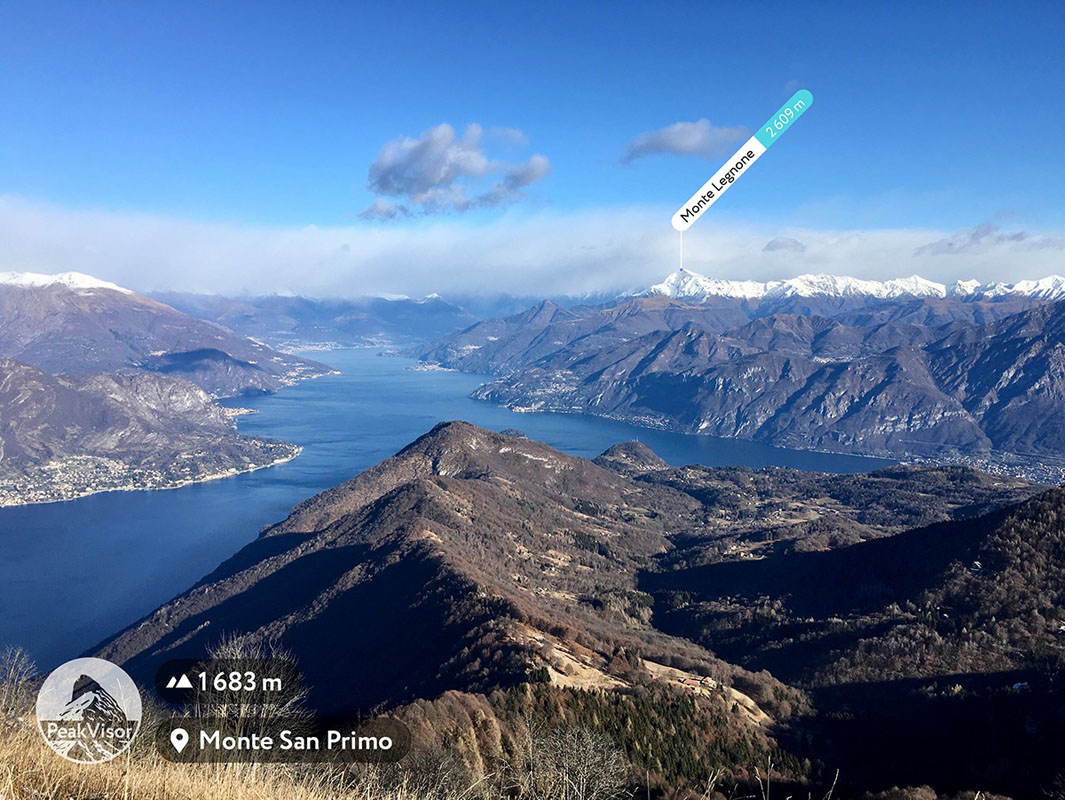