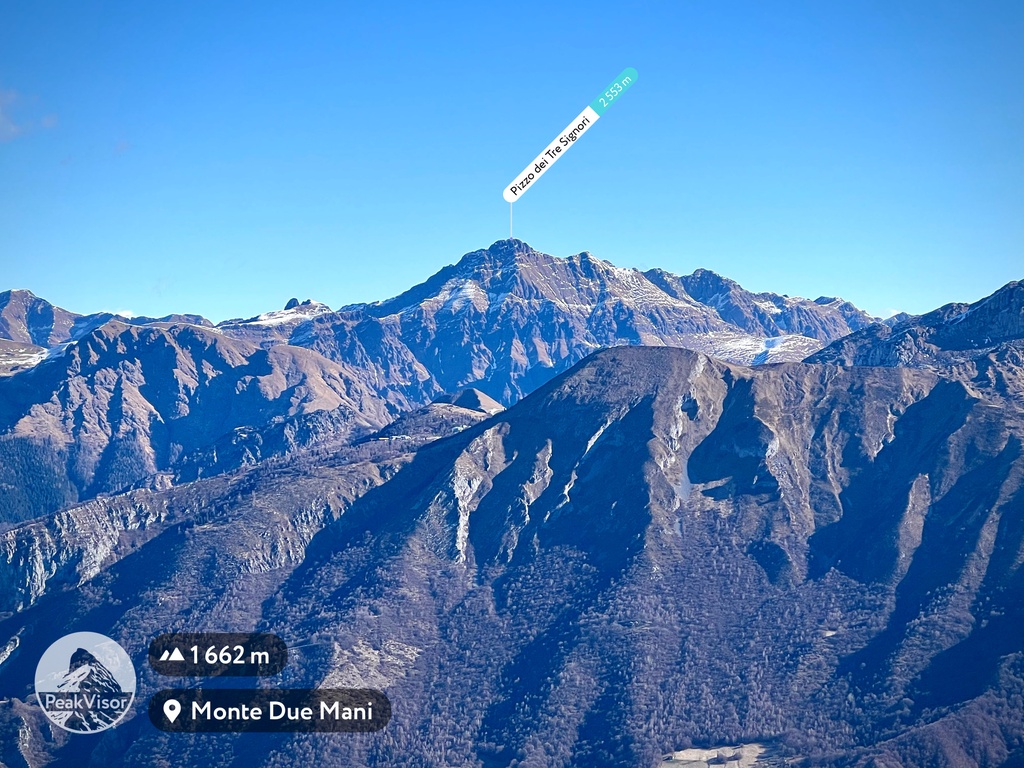 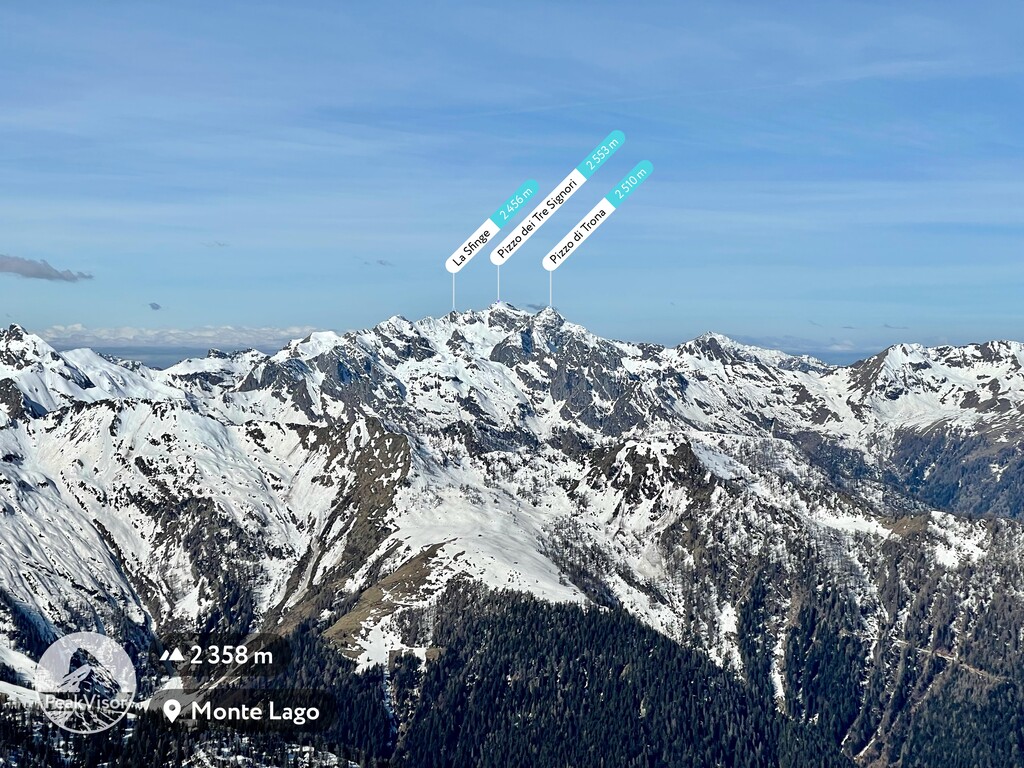 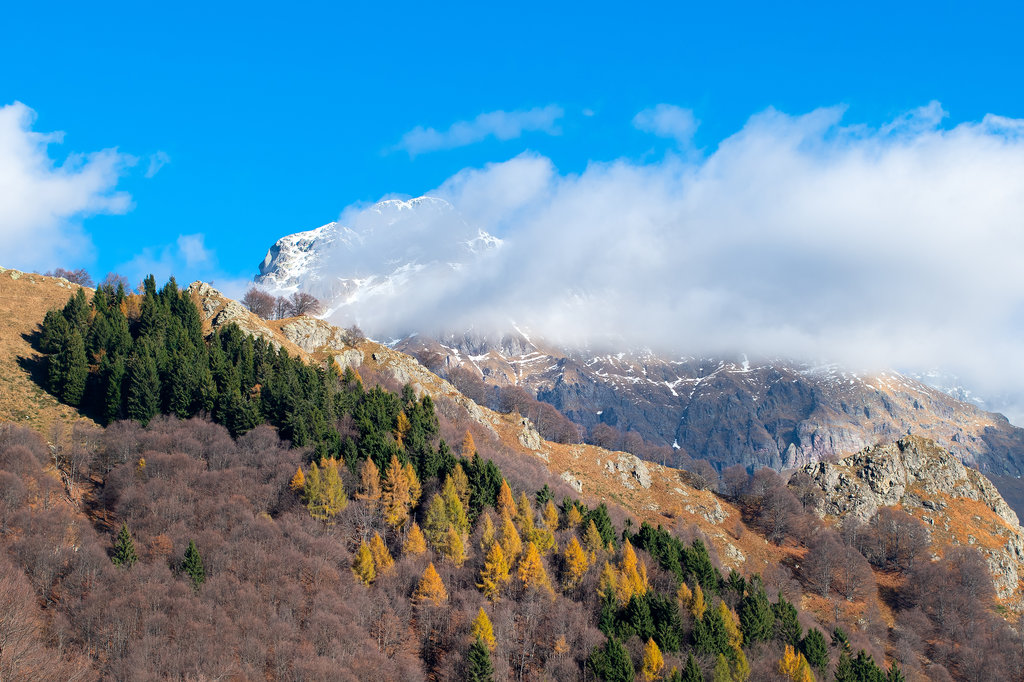 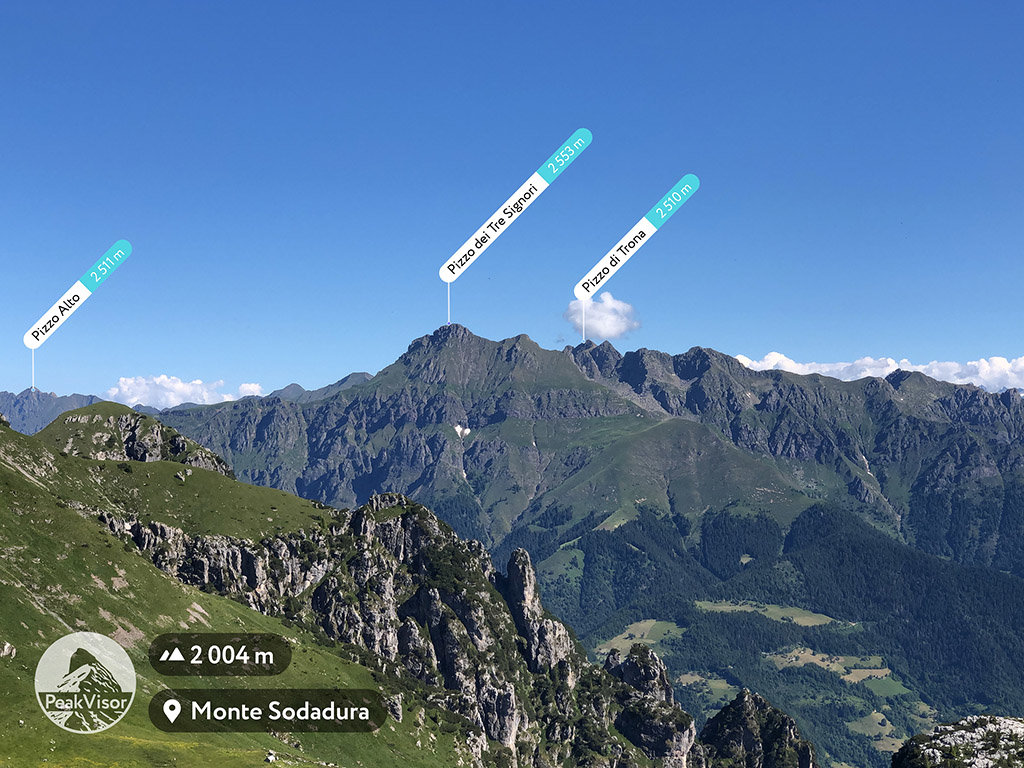 2 icons
Add photo
2 553 m
Elevation
Elevation is the altitude of a place
above sea level.

460 m
Prominence
Peak’s prominence is the least
vertical to be covered to get from the
summit to any other higher terrain.

At an elevation of 2,553 m (8,376 ft.), and with a prominence of 463 m (1,519 ft.), Pizzo dei Tre Signori is a mountain in the Bergamo Alps and is located on the historical dividing line between the State of Milan, the Republic of Venice and the Grisons canton of Switzerland. The mountain can be accessed from three towns, Sondrio, Lecco, and Bergamo, situated in the Lombardia region, Italy.

The Pizzo dei Tre Signori is considered to be one of the more accessible mountains to climb and has three approaches from the towns of Sondrio, Lecco, and Bergamo respectively. The region is famous for its iron mines, first established in the Roman Era.

The most popular activity in the area is hiking. There are a few hiking loops which take the hiker through some spectacular scenic routes. These trails can be safely undertaken by moderately-trained hikers, generally, within a day.

The hiker will also get to see some historic locations, like the dividing lines between the different regions marked on the rocks, ancient excavations in the mines, and the "three gates" of access to the area.
There's a demading hiking trail (T3) leading to the summit. Pizzo dei Tre Signori is one of the 8 peaks along the Alta Via della Valsassina.