The Atacama Region, containing the southern section of the vast and stunning Atacama Desert, is one of the premiere locations to see the Atacama Desert in all its endless beauty. It is the third least-populated region in Chile, but what it lacks in population it makes up for in its landscape, consisting of 946 named mountains.

The Región de Atacama, Chile’s third least populated but fourth largest of its 16 administrative divisions, sits between the Región de Antofagasta to the north and Coquimbo to the south. Like almost every region in Chile, Atacama faces the Pacific to its west, with the Andes and Argentina to the east, specifically the Argentinian provinces of Catamarca, La Rioja, and San Juan.

The region contains three provinces, Chañaral, Copiapó, and Huasco, with the city of Copiapó functioning as its capital, while also being its largest city at a population of around 126,000 inhabitants. City populations drop off drastically after that, with only around 44,000 inhabitants of Vallenar, and only 13,000 in Caldera, the next two largest cities.

The Región de Atacama takes up about 75,176km2/29,026mi2 of land, most of which is desert with a significant quantity of mineral resources. The region has become an increasingly popular hub for solar power, due to its sunniness and the availability of flat desert land between its many peaks.

One of the oldest deserts on Earth, estimated to have been in its arid state for over 3,000,000 years, the Atacama Desert has been described as akin to a massive uplifted terrace, bordered by coastal cliffs that begin in the Región de Atacama to the west and the Andes to the east. In the southern regions, the cliffs and the Andes are connected through horizontal fluvial valleys.

The intense aridity of the desert has made it largely glacier-free, with only its highest peaks, including the region’s Ojos del Salado, exhibiting permanent southern coverage. In fact, in the Región de Atacama, it is likely that it was glacier-free throughout even the glaciations of the Quaternary period, and it is estimated that some river beds dried up around 120,000 years ago.

Alongside the region’s hills and mountains are numerous volcanoes, such as the Ojos del Salado, a stratovolcano, and the Nevado Tres Cruces, a volcanic massif, both at the southern end of the Andes’ Central Volcanic Zone.

Volcanic activity in this area likely began around 18 million years ago, when the subduction of the Nazca plate under the South America plate grew shallower, shifting volcanic activity from the neighboring region over to the Ojos del Salado and its adjacent volcanoes.

This region presents a series of lava domes and lava flows, with fumaroles also found atop the Ojos del Salado. There is currently debate as to the activity of the Ojos del Salado, as its most recent eruption seems to be about 1,300 years ago, but ash emissions from 1993 deem it active to some.

The Ojos del Salado primarily consists of rhyodacite and dacite, both rich in potassium, with lavas of biotite, hornblende, plagioclase, opaques, and smaller concentrations of augite, quartz, and hypersthene.

The Atacama Desert has long been famous for its salt flats and for its mineral resources, from metals such as gold, silver, iron, and copper, to deposits of lithium, sodium nitrate, potassium salts, and boron.

The unique climate of Región de Atacama has begotten many interesting ecosystems, flora, and fauna, qualifying it as a “desert and xeric shrubland” according to the World Wide Fund for Nature. It is considered the driest nonpolar desert around the globe, with its aridity contributing to a unique landscape used to simulate Mars in experiments and movie scenes.

This extreme climate does restrict the amount of animals capable of living in the Atacama desert, with some areas so dry that little flora and fauna even exist. However, in much of the desert, a variety of unique plants and animals have thrived.

The most common plants are herbs and flowers like llareta, saltgrass, and thyme. In areas with higher humidity, even trees such as the chañar, Chilean algarrobo, and the pimiento tree can be found.

Of course, Atacama is also home to the famous desert plants one would expect, like cacti and other plants and succulents that prosper in the dryness. Two notable cactus species in Atacama are the candelabro and the cardon.

Within the Región de Atacama, the beautiful desert bloom reaches down to just above Copiapó. This bloom is popular among tourists for the bright colors of the flowers that dapple the landscape for miles. It can be found between September and November during years of exceptional rainfall, typically associated with El Niño, and as such is not a guarantee, but is quite a sight to behold when the stars align.

Common species who germinate during this event are the garra de león, pata de guanaco, and añañuca, whose various pink and purple hues utterly transform the desert landscape.

As for fauna, the Atacama Desert boasts a diverse community of birds, such as the Humboldt penguin can be found, an endemic species for whom the arid coasts of Atacama provide attractive breeding areas.

Few mammals manage to survive in Atacama’s harsh environment, such as Darwin's leaf-eared mouse, but some have made homes in the relatively less dry parts of the desert.

The South American gray fox and the viscacha inhabit those areas, while larger herbivorous mammals like the guanaco and the vicuña graze among the grasslands, irrigated by the melted snow of the peaks. South American fur seals and sea lions tend to gather along the Atacama coast.

Very few reptiles and amphibians populate the desert, save for iguanas and lava lizards, and salt flat lizards in Atacama’s vast salt flats.

The Región de Atacama is not all arid desert, however. Parts of the region qualify as “lomas,” an environment of hills and fog that result from the meeting of the incoming mist of the Pacific with the mountains of Atacama.

From May to November, this fog becomes especially present, typically causing a lush green bloom in affected areas. This environment allows for a diverse group of animals, from wasps and butterflies to the Vallenar toad to hummingbirds and sparrows.

The Región de Atacama was, for quite a while, inhabited by two main indigenous peoples, the Diaguitas and the Changos. The Diaguitas mainly populated the Transverse Valleys that run horizontally through northern Chile. The Changos, a disparate group of various communities, tended to live along the coasts.

The Diaguitas were one of the groups to have been conquered by the Incas in their downward descent through northern and central Chile. Though uncertain, it is possible that the Incas were drawn to Atacama for its immense material wealth, or that they wanted to extract labor from the Diaguitas to put to work in their mining districts.

The Incas implanted many of their governing ideas within the Región de Atacama, establishing kurakas, a type of Incan magistrate, and implementing mitmas, a forced resettlement policy for conquered populations.

In the 1500s, however, Incan rule was toppled by the Spaniards. Many Diaguitas rebelled against the Spanish governance of García Hurtado de Mendoza (1557-1561), and in response, the Spanish slaughtered many of the aforementioned rebels. There are still Diaguita people/descendants in Chile today, though it is a relatively small population.

Minor deposits of gold had been exploited by the Spanish since the 16th century, but this paled in comparison to the level of mining that occurred after Chile’s independence in the 1800s.

Silver had been found and intensely exploited in various parts of the Norte Chico in the early 1800s, and then, on May 16, 1832, when prospector Juan Godoy discovered a silver outcrop in Chañarcillo, a true silver rush began.

Thousands of people went to Chañarcillo, a town just south of Copiapó, to take part. A settlement grew into a sizable town and was further rejuvenated by the discovery of numerous other ores around the area, but it took only until 1855 for luck to run out. The mines were totally exhausted around 1874 and abandoned by 1888 after a flood. Nonetheless, it was the single most productive mining district throughout the 1800s in Chile.

The Región de Atacama hosts three major national parks, offering hikes and vistas of the desert that are necessary for a trip to the region.

The thick sea mists of the coastal Parque Nacional Pan de Azúcar contribute to the abundance of fauna throughout the park, known for having around two dozen species of cactus and for the many seabirds, including the Humboldt Penguin, that reside there.

Camping is allowed and encouraged in the park within designated areas, with extraordinarily clear night skies that grant you sights at stars rarely seen elsewhere. Inside the park are also the fishing village of Caleta and several beeches.

For a low intensity trek, the park has the Quedabra Castillo trail, a 6km/3.7mi and 2.5 hour hike through the park’s coastal desert interior. The altitude of the trail begins at 135m/443ft and ends at 305m/1,001ft.

At a medium difficulty is the Mirador Chico trail, with a total distance of 11km/6.8mi that may take around 4 hours. This trail offers stunning views of the ocean and winds through the fields where the fauna of the desert truly comes to life. It begins at only 15m/49ft above sea level but ends at an altitude of 318m /1,043ft.

Also at an average difficulty is the Aguada Los Sapos, a 5km/3.1mi journey that can be done in about 2 hours, concluding at a spring where many birds can be seen. This trail begins at an altitude of 117m/384ft and ends at an altitude of 318m/1,043ft.

Other trails of and around the park include:

The Parque Nevado Tres Cruces takes its name from the volcanic massif that makes up the surrounding landscape. The park contains the Ojos del Salado, the highest active volcano in the world and the highest peak in Chile at 6,891m/22,608ft, with a prominence of 3,680m/12,073ft. The Ruta Normal is a long and moderate-to-challenging Chilean route to ascend up the Ojos del Salado.

Among the peaks is also an 8,300 hectare salt flat at an altitude of 3,700m/12,139, as well as two lagoons where one can find flamingos and vicuñas, the Laguna Santa Rosa and the Laguna del Negro Francisco. Within the park are numerous trails that lead through and to its most remarkable features.

The lomas of the Parque Nacional Llanos de Chile create a coastal desert ecosystem where many rare species can thrive. The park is also one of the premiere places for witnessing the desert bloom, and for seeing guanacos, with numerous trails that lead through its beautiful endemic landscape.

Some notable trails in the park include:

Though the Región de Atacama is rather sparsely populated, the region and its surrounding areas nonetheless offer cities perfect for lodging or for a day trip, where one can revel in Chilean culture and history.

As the largest city in the Región de Atacama and by far the most populous, Copiapó is an important destination for anyone traveling in or through the region. The city, located near the region’s center, provides easy access to many of the main destinations, with beaches, natural parks, lakes, and volcanoes all within a few hours of driving.

Copiapó itself also contains sites worth visiting, such as many historic buildings, a rich mining history, numerous indigenous monuments, and a casino.

Just south of the Región de Atacama is the beachside city of La Serena, famous for its historic neo-colonial architecture and for the Church Cathedral of La Serena, as the city is home to one of the five Catholic Archdiocese of the Catholic Church in Chile.

La Serena is also home to numerous thriving beaches, especially those of the Avenida del Mar. Alongside its commercial district, La Serena has become a popular destination among Chileans looking to enjoy the summer sun. 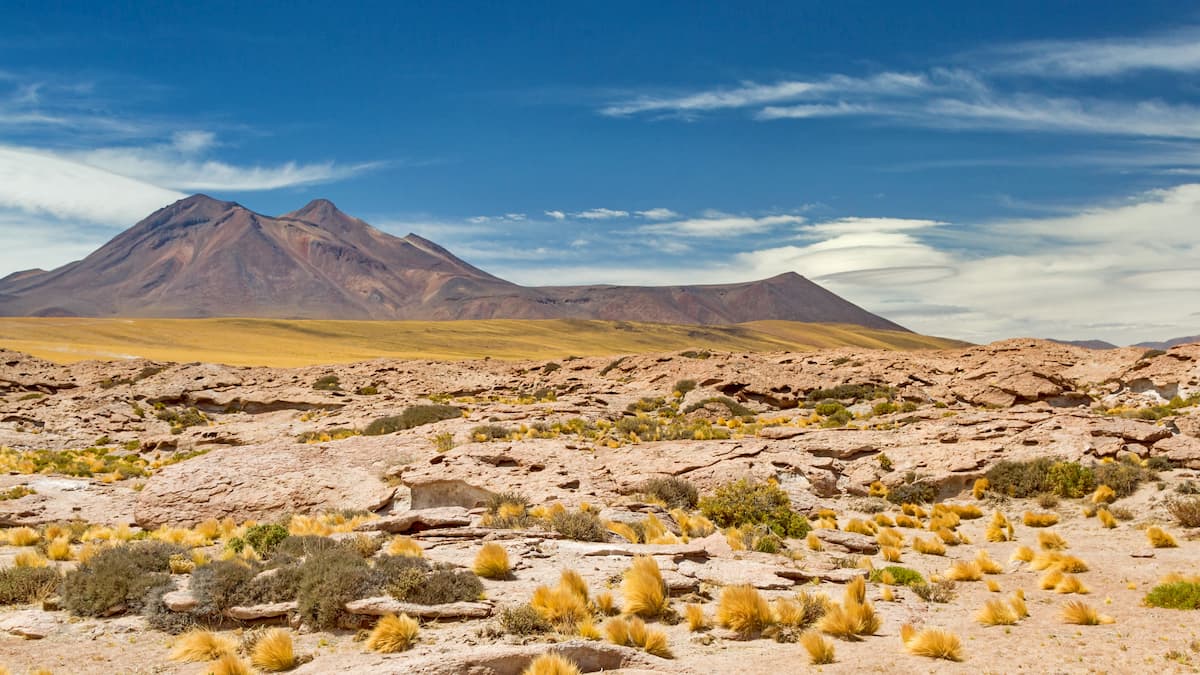 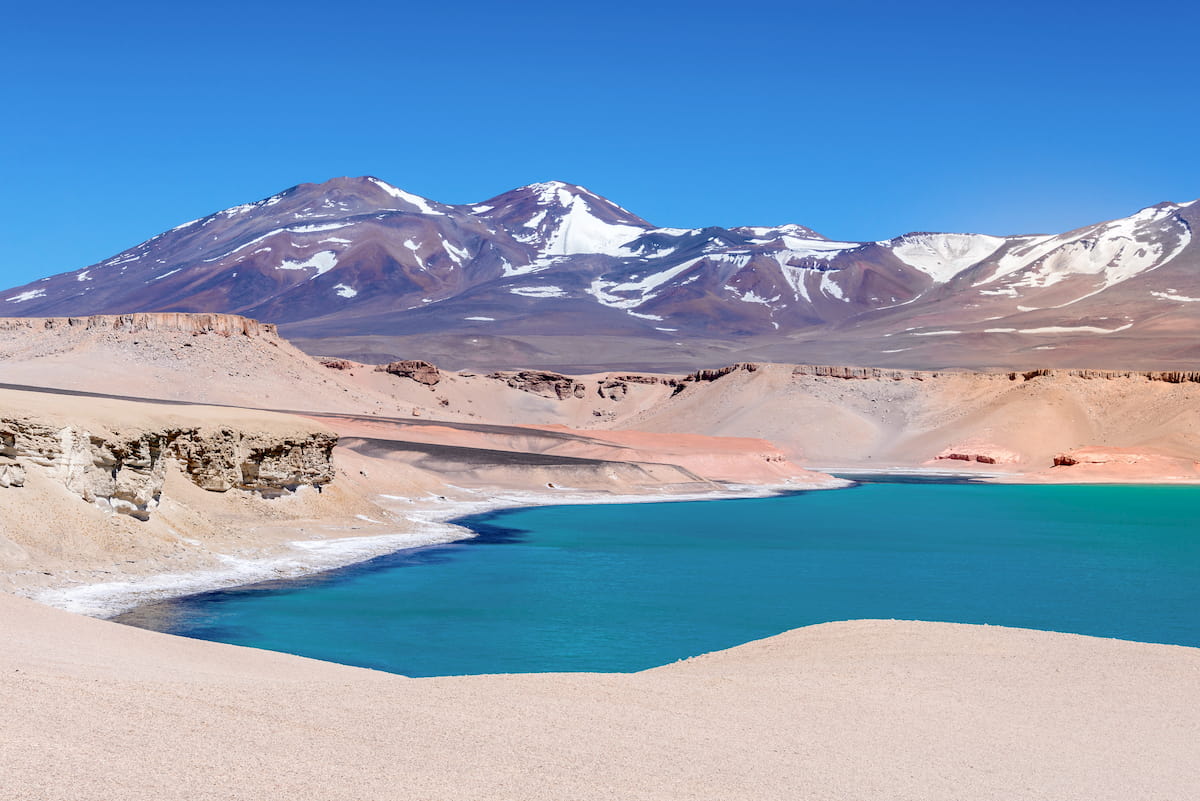 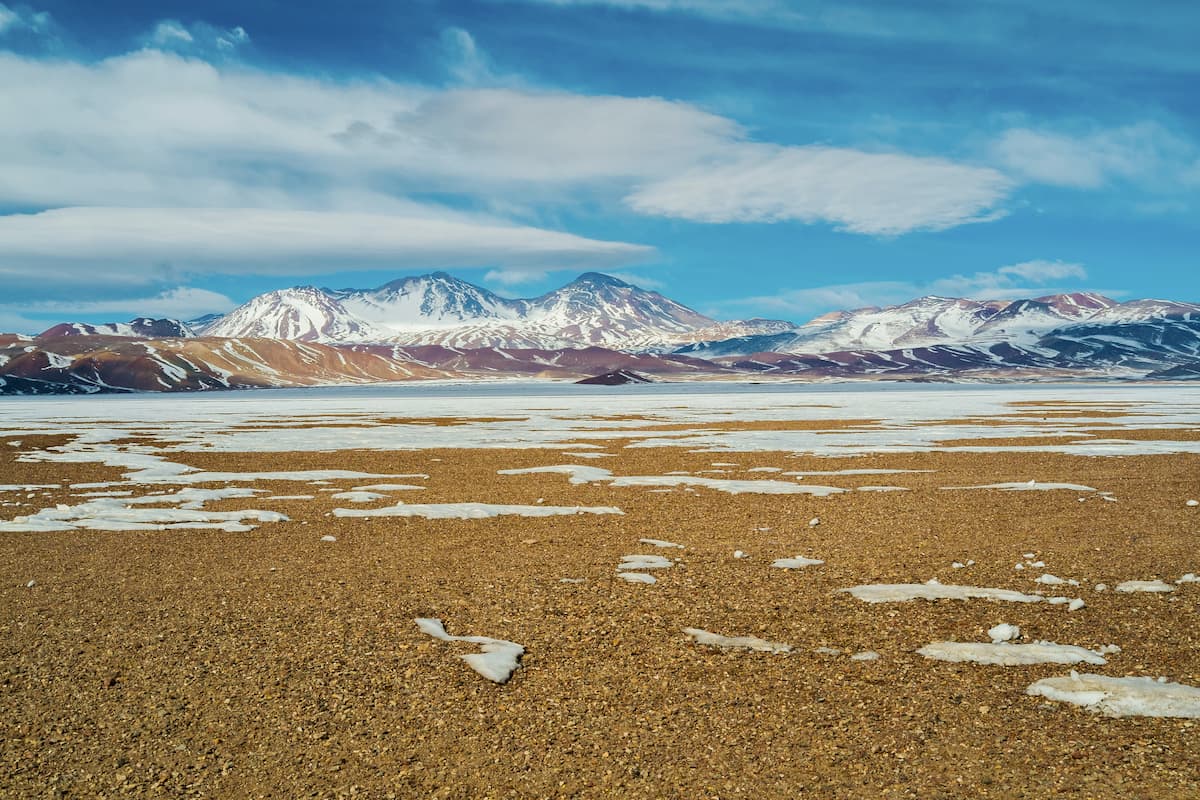 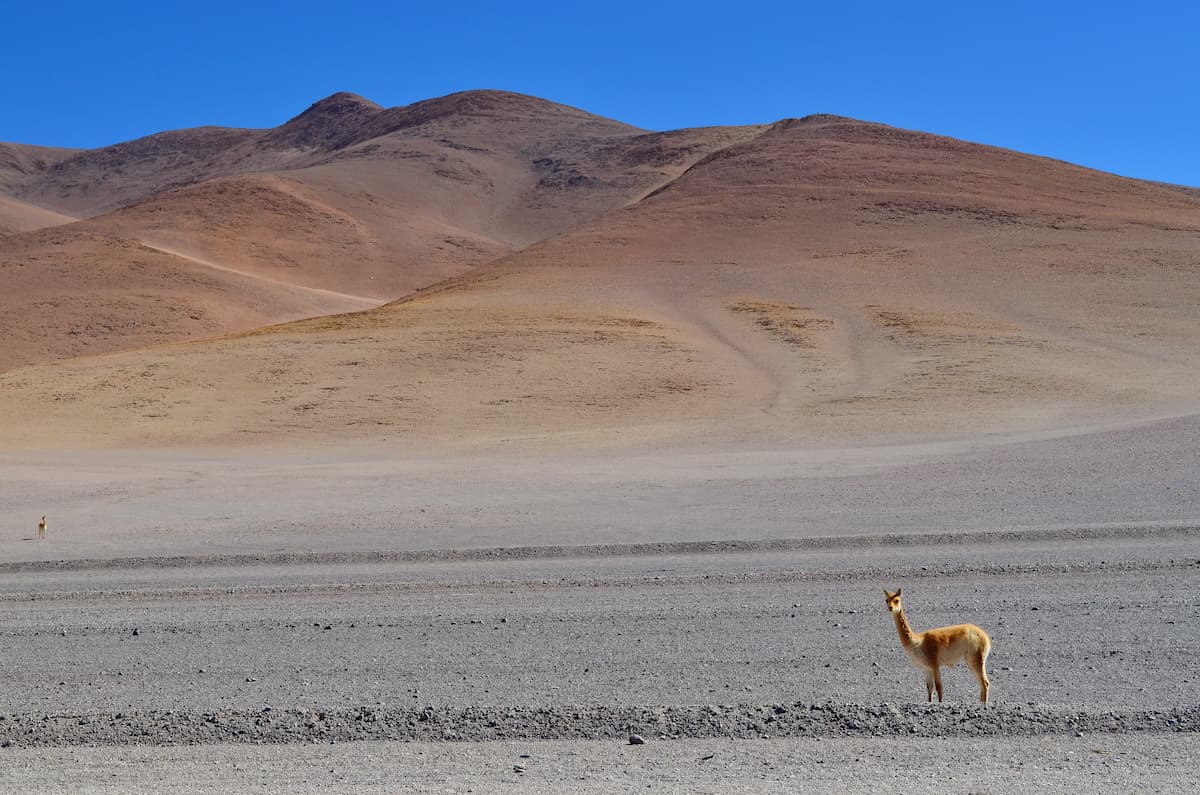 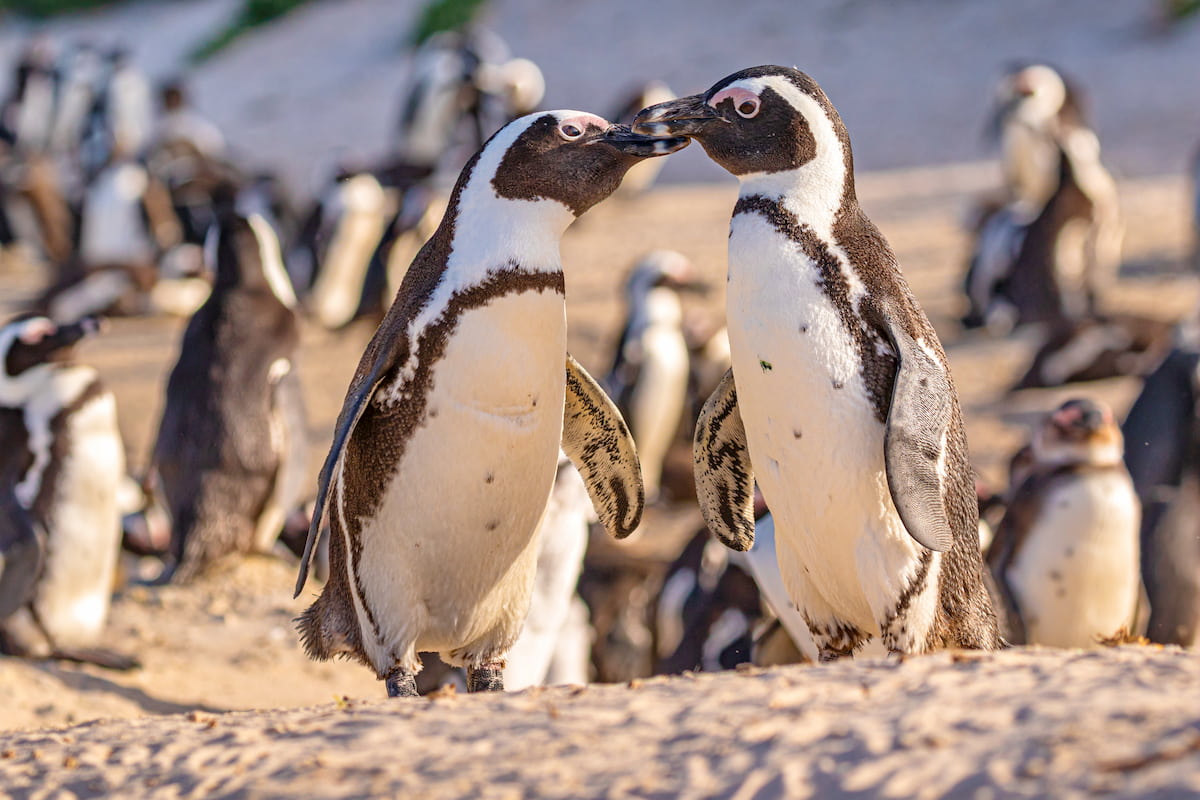 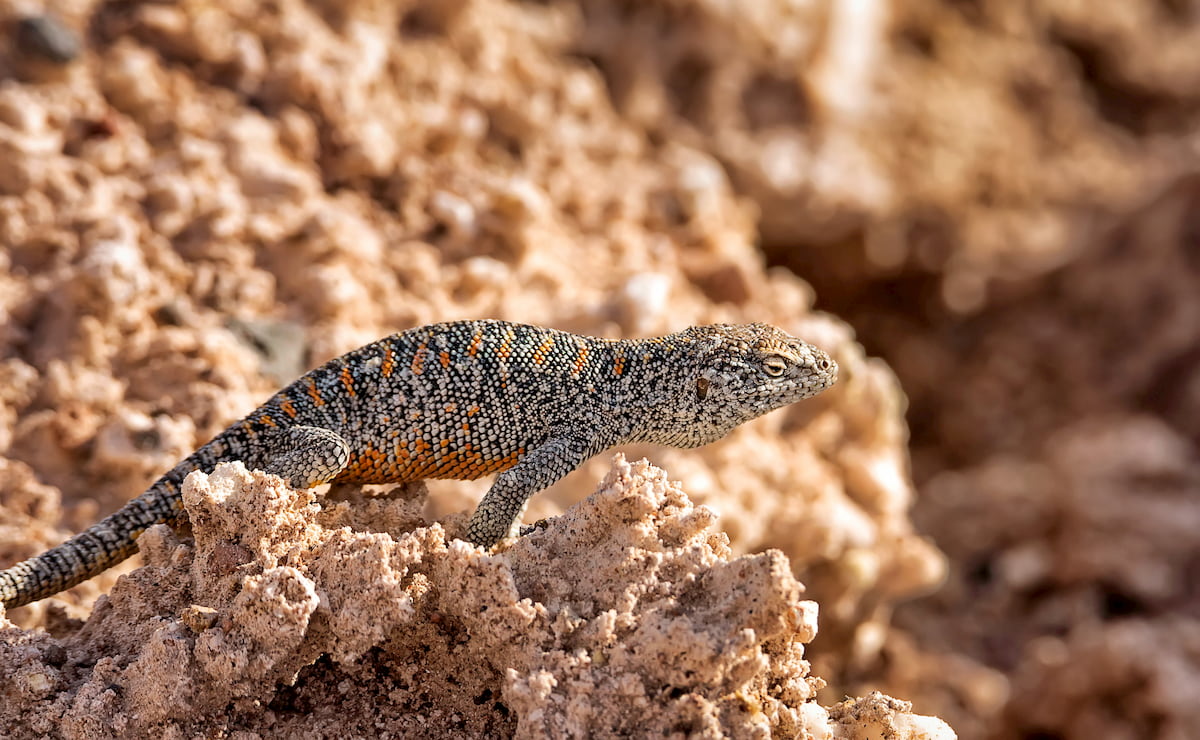