Catamarca
10
Mountains with prominence of 1 ⁠500 ⁠m / 4 ⁠921 ⁠ft or more.
Highpoint

Catamarca is a province located in northwestern Argentina. The province is known for its mountainous landscape that covers nearly all of its territory. Catamarca contains 596 named mountains and it is home to the tallest active volcano in the world, Nevado Ojos del Salado. Standing at 6,891 m (22,608 ft) in elevation with 3,680 m (12,073 ft) of prominence, Nevado Ojos del Salado is also the tallest and most prominent peak in the entire province

The Catamarca province spans a region of 103,602 sq. km (39,615 sq. miles) across northwestern Argentina. Nestled in this mountainous region, Catamarca shares a border with the regions of Atacama and Antofagasta in Chile to the west, the provinces of Salta and Tucumán to the north, the province of Santiago del Estero and Córdoba to the east, and the provinces of San Luis and San Juan to the south.

The mountains within the province can be separated into four main groups: the Pampean Sierras, which are located in the eastern and central regions of the province, the Narvaez-Cerro Negro-Famatina systems in the western region, the Cordillera-Catamarca in the extreme west, and the Puna in the northwest.

The arid and semi-arid climate of the region, along with the lack of major water sources, have led the province to being one of the least populated in the country. The extreme northeastern sections of the province receive far more rainfall than other parts of Catamarca. As a result, this region is characterized by its subtropical highland climate.

A majority of the province has an arid climate. Its lack of precipitation and desert-like landscape make both flora and fauna sparse. In particular, the Puna region, located in the western most section of the province, receives the least amount of rainfall, making for a desert climate.

Traveling from west to east, the province generally receives more rainfall. Furthermore, the highest concentration of flora and fauna is found in the northwestern region of Catamarca. The mountains not only determine the various climates, but they dominate the landscape, making life far more difficult here than in the surrounding lowland provinces.

Since Catamarca lies just east of the Andes, its geological history is closely intertwined with their formation. The range, along with the foothills of the eastern stretches of the province, began forming around 25 million years ago.

As the tectonic plates in the region continued to move, the oceanic crust was subducted beneath the South American plate. Over the course of millions of years, this continual subduction gave rise to the Andes. Because the plates are still moving, the peaks of the range continue to grow a few millimeters each year.

Nevado Ojos del Salado, located in the northwestern region of the province, is not only the highest active volcano in the world, but also the second highest peak in both the Western and Southern Hemispheres.

This volcano, along with a few other peaks in the province, are part of the southern end of the Central Volcanic Zone within the Andes. The main summit of Nevado Ojos del Salado is covered with peripheral domes and fumaroles. The most recent eruption is estimated to have occurred around 1,300 years ago.

The steep peaks of this range, including the subranges within the Catamarca Province, have created an arid and desert climate. This is because the Andes create a rainshadow that blocks the rain and moisture from the Pacific Ocean that lies to the west of the range.

The rocks that comprise the landscape are mainly sedimentary in origin. Common rocks found throughout the province include limestone, sandstone, siltstone, shale, and quartzite.

Flora throughout the province is quite scarce, due to the high altitude and lack of fresh water sources in the region. The steppe and grassland areas of Catamarca are home to shrubs such as those in the genera Fabiana, Acantholippia, Festuca, Stipa, and Panicum.

The presence of small mammals allows for numerous bird populations to inhabit the region. The southern flamingo, horned coot, crested duck, and guayata are all common in sections of the province. Major birds of prey found in the province include the Andean condor and common harrier.

Human populations have been present in the Catamarca region for thousands of years. Prior to the Spanish conquest, the surrounding land was inhabited by the Diaguita, including the Calchaquí.

Conquistador Juan Pérez de Zurita of Spain founded a city in the region called San Juan de la Ribera de Londres in 1558. However, this young city was often the site of violence between the colonizers and Indigenous communities, so it never grew to a large size.

Nevertheless, after many periods of destruction and subsequent rebuilding, a new city, San Fernando del Valle de Catamarca, was founded in 1683 by Fernando de Mendoza Mate de Luna. The city is now more commonly known simply as Catamarca and it is now the capital of the province of Catamarca.

The city of Catamarca was included in the Viceroyalty of the Río de la Plata when it was founded in 1776. It became an autonomous province in 1821. Much of this young province remained cut off from the rest of the country until 1888 when the railway was further expanded.

City of Belen and mountains in Catamarca

Today, the entire Catamarca Province has a population of around 370,000 people, making it the 20th most populous province out of the country’s 23 provinces.

These days, Catamarca is home to a fantastic collection of cultural sites and unique cities and parks for visitors to enjoy.

Despite the fact that Nevado Ojos del Salado is the world's highest active volcano, the highest peak in Chile, and the second-highest peak in Argentina, it hasn’t historically been as popular among climbers as the better-known Aconcagua. Nevertheless, Ojos del Salado was, for a long time, considered to be higher than Aconcagua, though modern surveying has proved otherwise.

That being said, the first ascent up Nevado Ojos del Salado occurred in 1937 by members of a Polish expedition. The peak also saw its first motorized ascent in 2007 when a group of Chileans drove a car to the summit.

These days, the peak is considered to be a fairly easy climb, though it depends on which side of the mountain that you climb. As the peak is located along the border between Chile and Argentina, climbers can get two completely different experiences on the mountain depending on which side they select for their summit attempt.

Climbing the mountain from the Argentine side in Catamara requires no fees, no permits, and no red tape. There are a few guide services in the region, many of which start their ascents from Fiambalá. Meanwhile, climbing the mountain from the Chilean side requires getting a permit, giving the authorities a list of your equipment, and information about your proposed route. However, there is more infrastructure for climbers on the Chilean side of the peak.

The Catamarca Province is home to few trails and protected areas for visitors to enjoy. Here are some of the best hiking options in the province to consider:

The Quebrada del Naranjo trail is 6 km (3.7 miles) out and back adventure with 443 m (1,453 ft) elevation gain. The trail starts in the Fray Mamerto Esquiú Department in the province and enters a ravine and follows the course of the Rio del Valle. The route showcases forested hills while the stream rushes between the mossy rocks.

The Sierras Coloradas trail showcases the landscape of much of the region surrounding the city of Catamarca. Barren rolling hills allow for hikers to see into the distance along with panoramic views. The out and back trail is 21 km (13 miles) long with 1,904 m (6,246 ft) of elevation gain though it can also be completed as a one way thru hike.

Guided treks allow visitors to reach the summit of Nevado Ojos del Salado. These trips often last around two weeks and allow hikers to visit some of the most remote sections of the entire province in addition to the summit of Ojos del Salado. A road leads up part way to the summit with the last section involving a bit of a scramble. Trips leading from the Chilean border are slightly shorter, often taking around 9 to 11 days, on average.

Looking for a place to stay in Catamarca? Here are some of the best cities and villages to check out in the region:

The city is visited frequently by pilgrims who come to visit the Cathedral of Our Lady of the Valley (Catedral Basílica de Nuestra Señora del Valle). The remote location of Catamarca, and much of the province, keeps tourist levels quite low. Those who do visit are often coming to witness the unique colonial architecture or for excursions such as hiking, mountain biking, and wine tasting.

Located in the western region of Catamarca lies the city of Tinogasta. The small city has a population of around 13,000 and is situated along the Abaucán River.

Despite its small size, Tinogasta is still semi-popular amongst tourist groups. The close proximity to the Andes and hot springs makes it a quaint stop while traveling through the area. Tinogasta is also home to archaeological museums showcasing the history of the region. 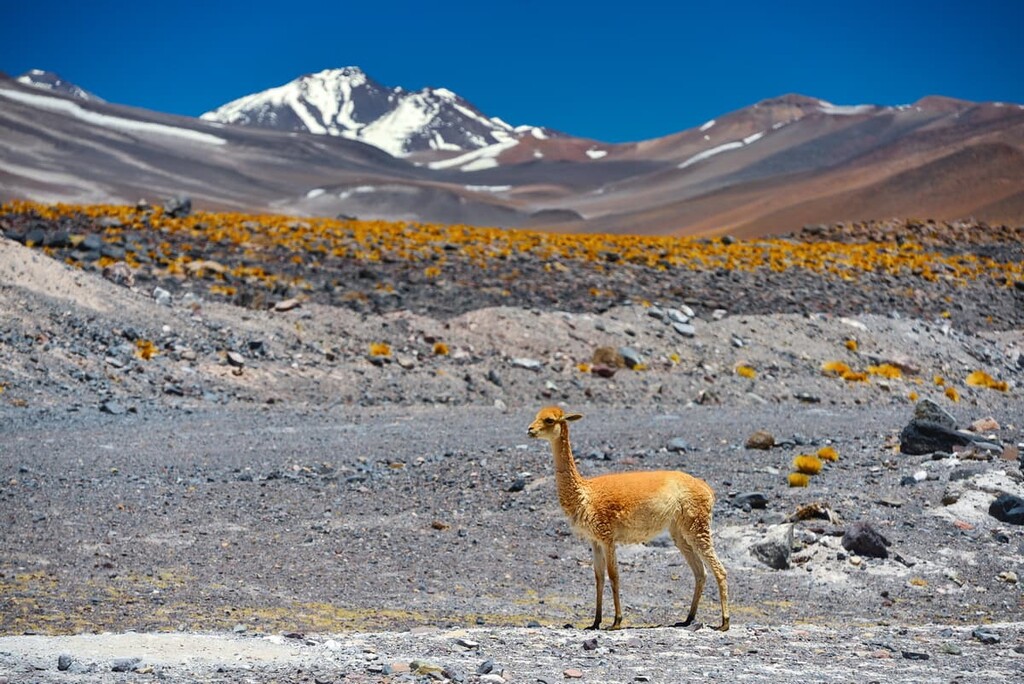 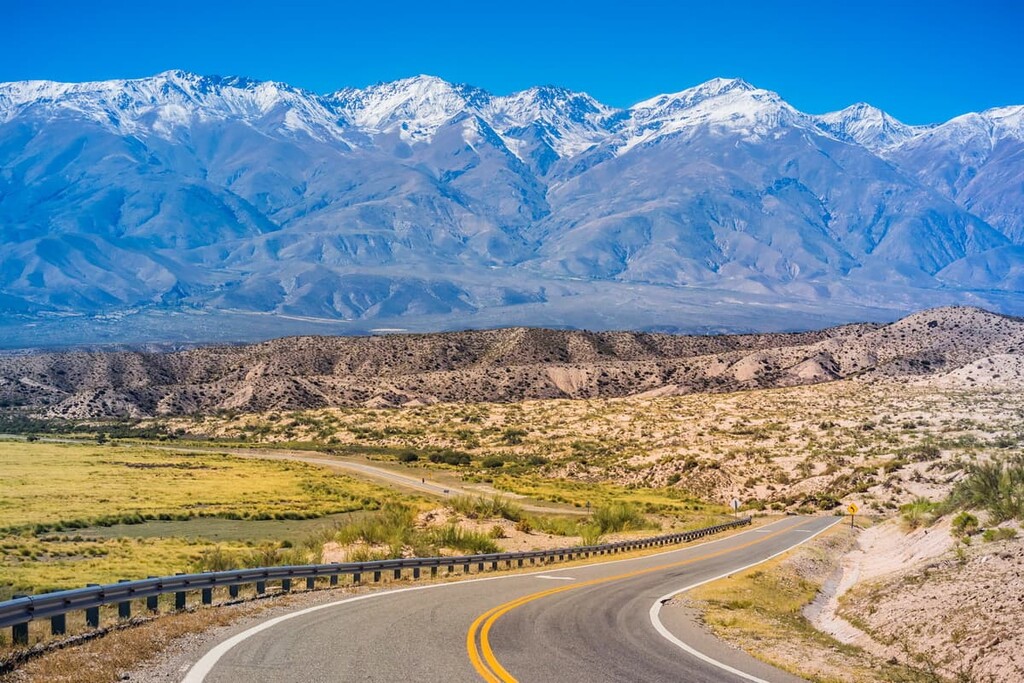 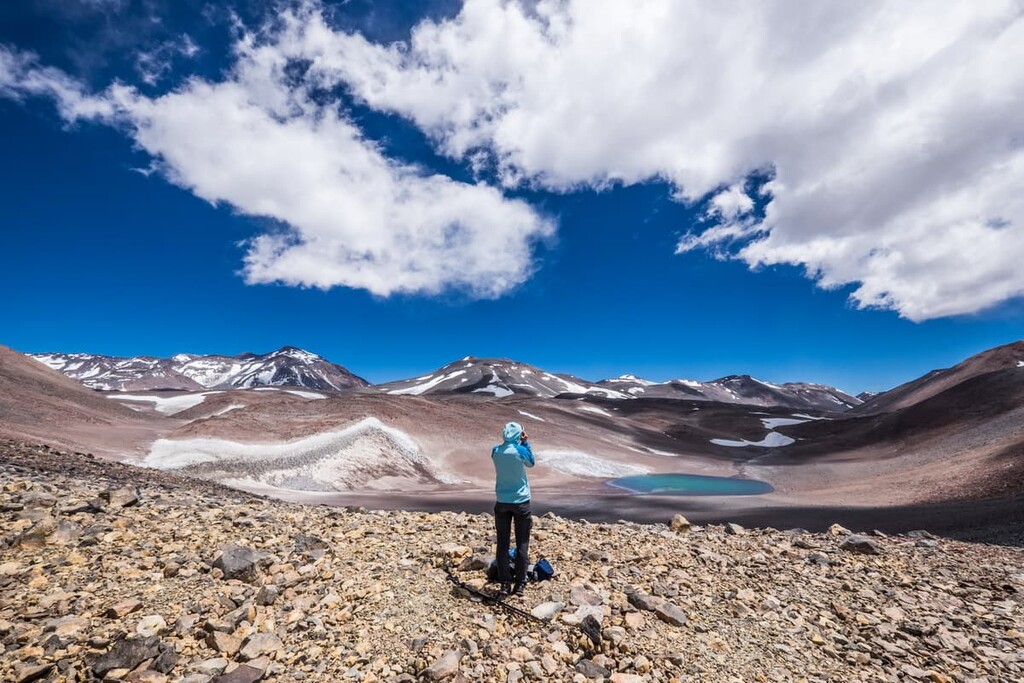 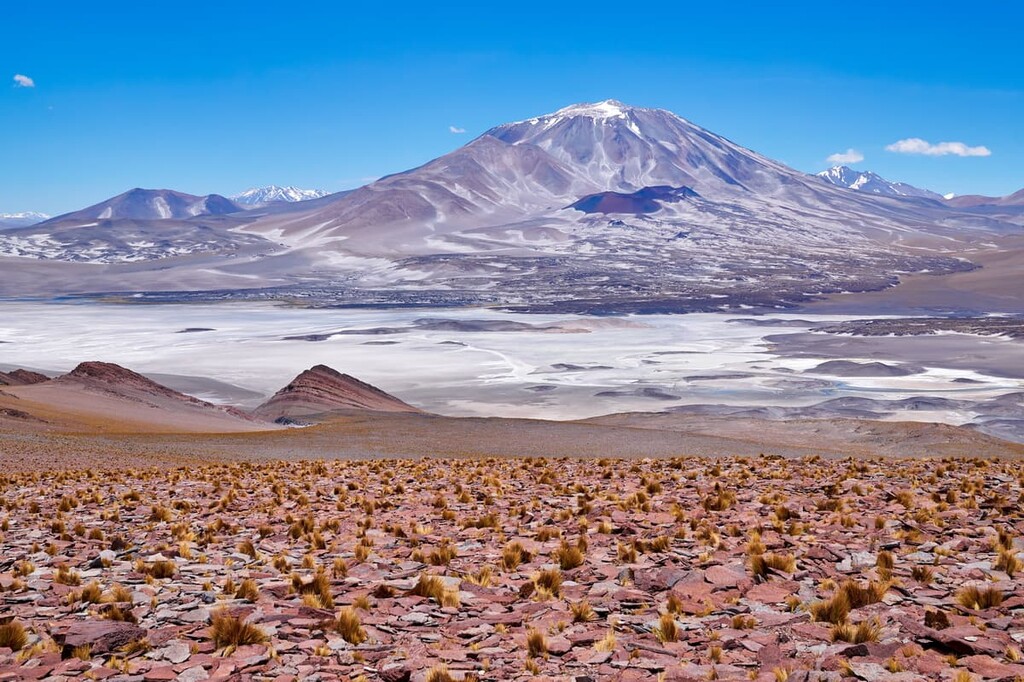 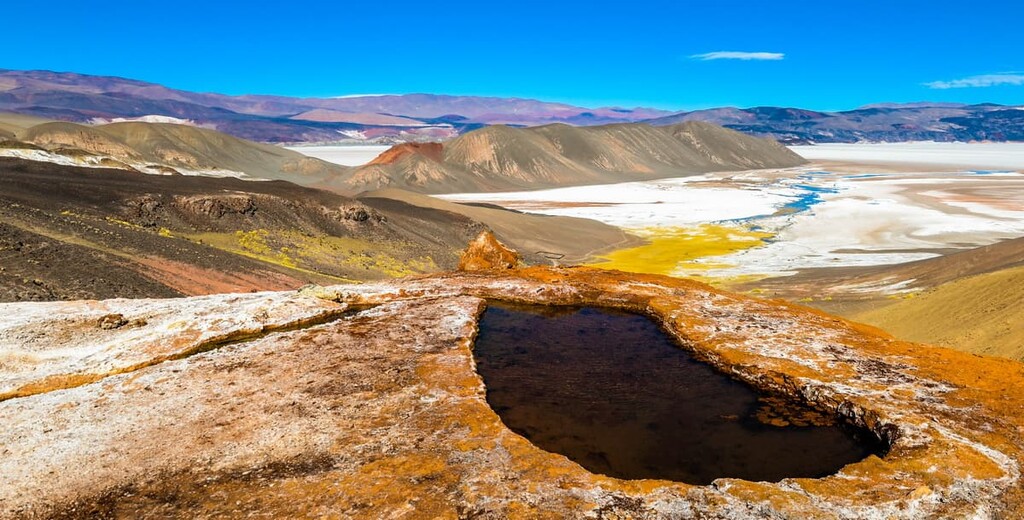 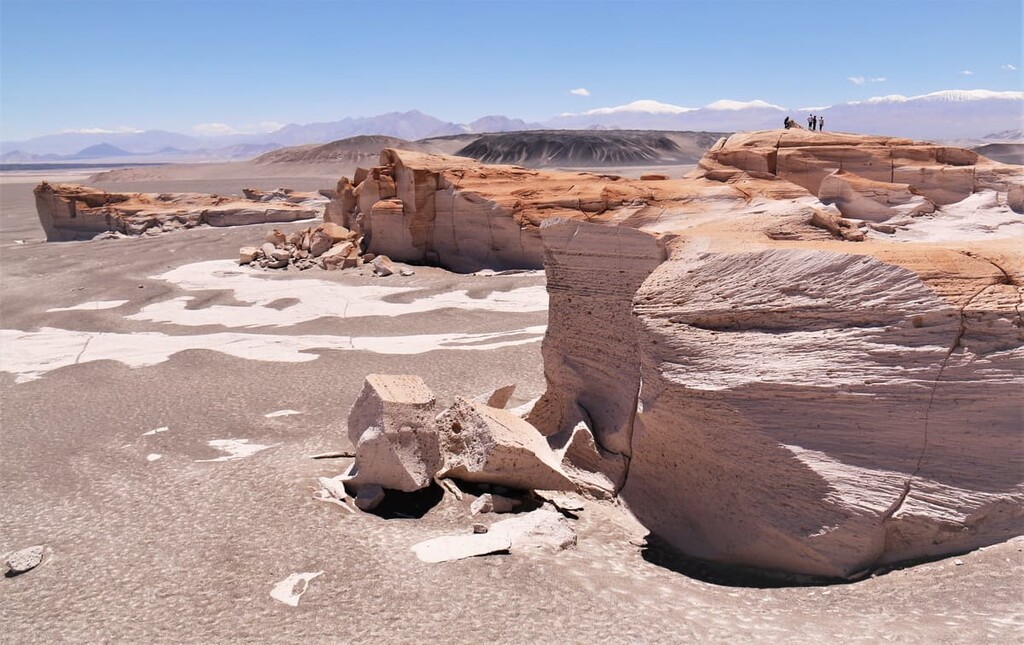 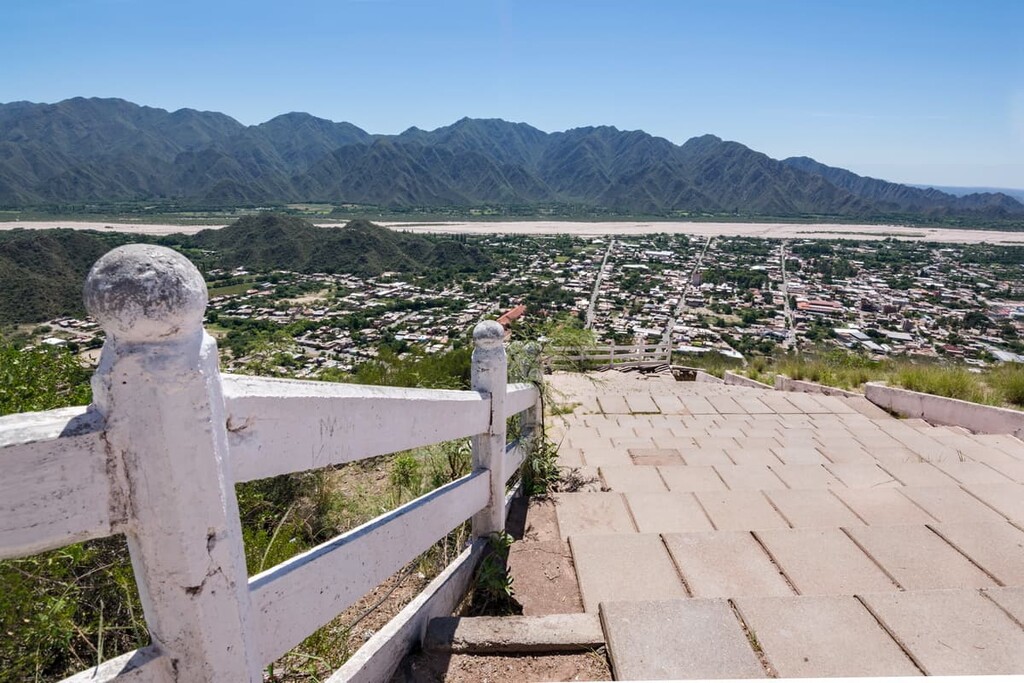