The Dauphiné Alps are a group of mountain ranges in southeastern France with 662 named peaks. These mountains are shared between the regions of Auvergne-Rhône-Alpes and Provence-Alpes-Côte d’Azur. The Dauphiné Alps area can be broken down further into the individual departments of the Haute-Alpes, Isère and Savoie. 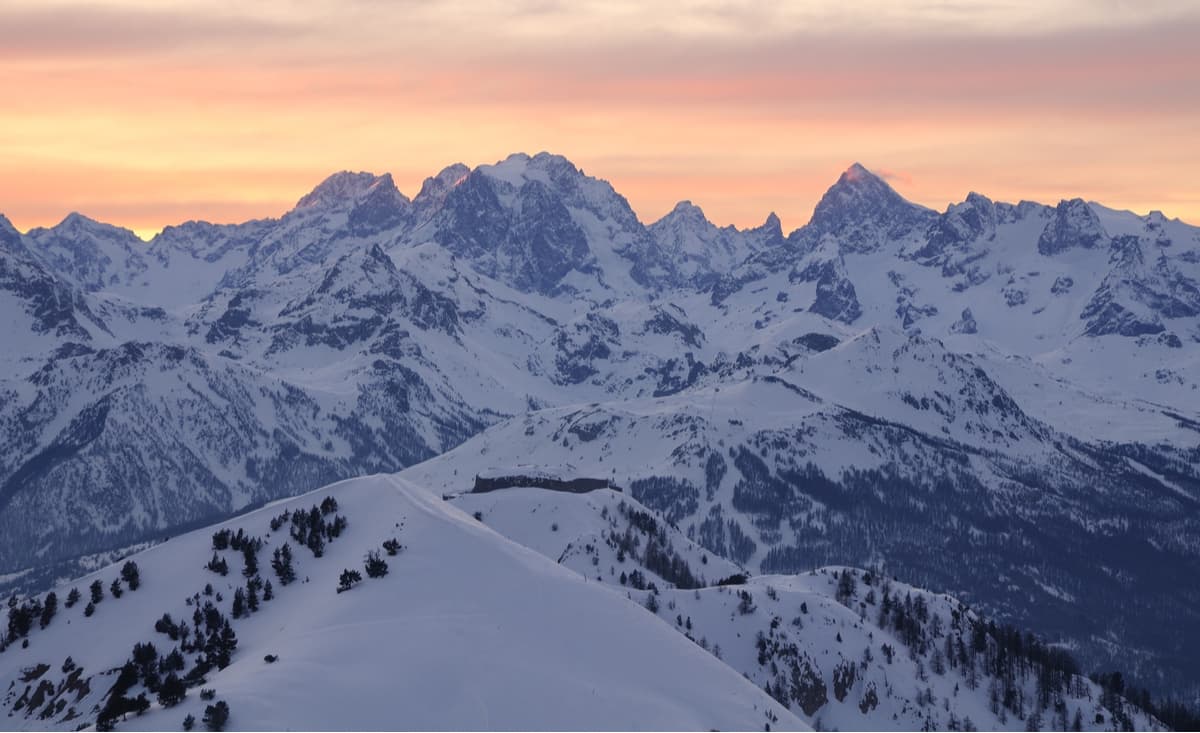 They are situated east of the Dauphiné Prealps, south of the Savoy Prealps and west of the main chain of the Alps. The mountain ranges within the Dauphiné Alps include the Massif des Écrins (in the Écrins national park), Belledonne, the Taillefer range and the mountains of Matheysine.

Many of the peaks within the Dauphiné Alps are above 3,000m, with the highest and the most prominent mountain in the region being the Barre des Écrins at 4,102m altitude. It is the most southerly alpine in Europe that is higher than 4,000m, and it is the only mountain higher than 4,000m in France that is not part of the Mont Blanc Massif.

It has been proposed that the height of the mountains in the Dauphiné Alps has been limited by the erosion caused by small glaciers, such as the Glacier de Mont-de-Lans (the largest skiable glacier in Europe) on the slopes of the Pic de la Grave and the Glacier de Freydane in the Belledonne range. This topographic effect is called the glacial buzzsaw.

The high mountains of the Dauphiné Alps are scattered with ski resorts. From the smaller resorts of Les 7 Laux on the Belledonne Balcony and Chamrousse, to the larger resorts of Alpe d’Huez and Les Deux Alpes. The chairlifts and gondolas of the region that carry skiers and snowboarders into the mountains are also open during the summer for the benefit of downhill mountain bikers and hikers alike.

The high mountain passes of the Dauphiné Alps are globally renowned by cyclists for their frequent appearances in the Tour de France, with the most recent ascension of Alpe d’Huez in 2018. The Cols of the Croix de Fer, Glandon and the Galibier are three of the most mythical climbs for cyclists. However their beauty is not exclusive to those on two wheels. These high mountain passes are accessible in the summer by road and offer the opportunity for hikers to explore their peaks.

La Blanche - Whilst not the highest point of the Écrins, this unmissable hike allows you to admire the Écrins in all their splendor. Providing the best opportunity to observe the high peaks of the Barre des Écrins, les Cerces and the Pic sans Nom. Starting from Puy Aillaud, this 13.67km loop with 1,479m of vertical elevation is recommended for experienced hikers. (Est. time 7h35)

Le Taillefer - An ascension of the Petit and Grand Taillefer, the first summit of the Belledonne mountain range, very visible from the city of Grenoble. The vantage point from the summit provides a magnificent view of Mont Blanc, the summits of the Écrins Massif to the south, the Vercors to the east and the Dévoluy to the west. At 12.87km in length with 1304m of vertical elevation, this long loop is best suited for experienced hikers. (Est. time 6h45)

Le Rocher Blanc and the lakes of Les 7 Laux - One of the most impressive hikes of the Belledonne Massif allows you to discover the high mountain lakes of Les 7 laux and gain unobstructed views of Le Rocher Blanc. Starting in the ski resort of Pleynet, the route is a total of 9km in length with 1,150m of vertical elevation. This hike is rated difficult and would be best suited for intermediate - experienced hikers. (Est. time 4h)

The Sénépi trail is along the largest organised alpine pasture in France. At its summit, the Sénépi offers one of the most beautiful panoramas of the Isère. The terrain opens up an exceptional panorama, with views of the Grande Tête de l'Obiou, Mont Aiguille, and the Taillefer. At 13.8km long with 625m of vertical elevation, this long but steady hike is ideal for intermediates. (Est. time 5h25m)

Tour of La Grande Comb (2,937m) featuring the Col du Glandon and the Col de la Croix de Fer. A beautiful hike without difficulty in the alpine tundra, at altitude, between two mythical Cols featured in the Tour de France. This loop is 8.78km in length with a vertical elevation of 433m. This would be ideal for intermediates. (Est. time 3h30)

View from the Col du Glandon of the eastern ascension

Pic Blanc du Galibier - Offering an easier way to access the high mountains and the breathtaking 360 degree panoramic views of the Écrins, the Cerces and the Mont Blanc. This route 4.4km in length starts from the parking area at the top of the Col du Galibier and has 502m of vertical elevation. This route is ideal for intermediates. (Est. time 2h30)

The mythical climb of the Col du Galibiercol-du-galibier

There are several major and minor cities in the Dauphine Alps.

Grenoble is the largest city in the region. It is ideally suited as a basecamp for not only excursions in the Dauphiné Alps, but also for covering the Savoy Prealps to the north and the Dauphiné Prealps to the southwest. Grenoble airport is the closest to the Chartreuse range and is open all year round, however, since it is primarily catering to ski-resorts in the winter, the summer flights are limited to around 3 per day. Grenoble’s train and bus stations offer further connections to the surrounding mountains and to the region.

Gap is the largest city in the Hautes-Alpes department. Gap is famously a very sport orientated city and in 2013 was named the sportiest city in France. Surrounded by mountains, one of the most prominent peaks in the area is the Pic de Bure. In the summer months it is accessible on foot, and each wednesday, via a cable car from the Superdévoluy ski resort. 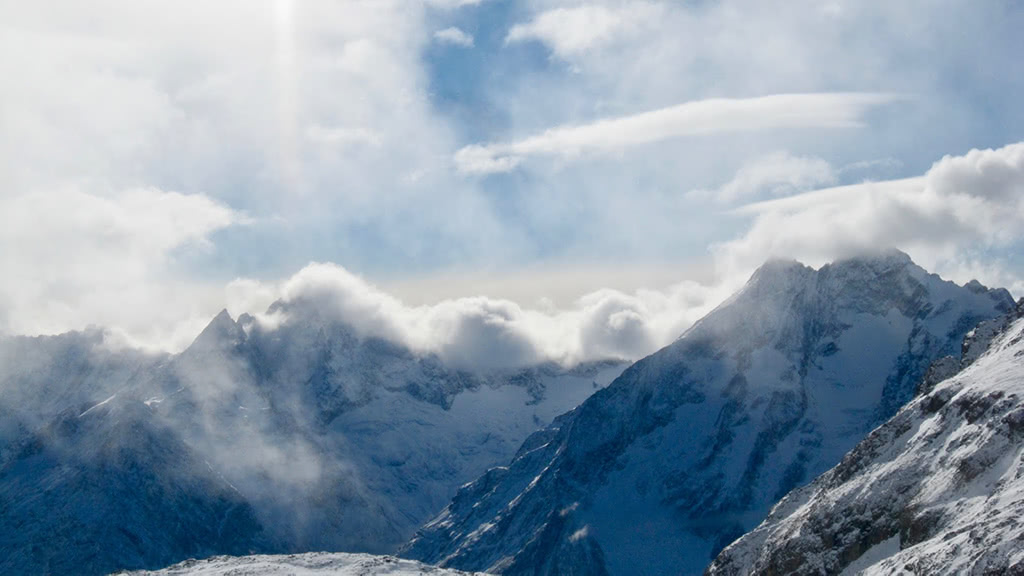 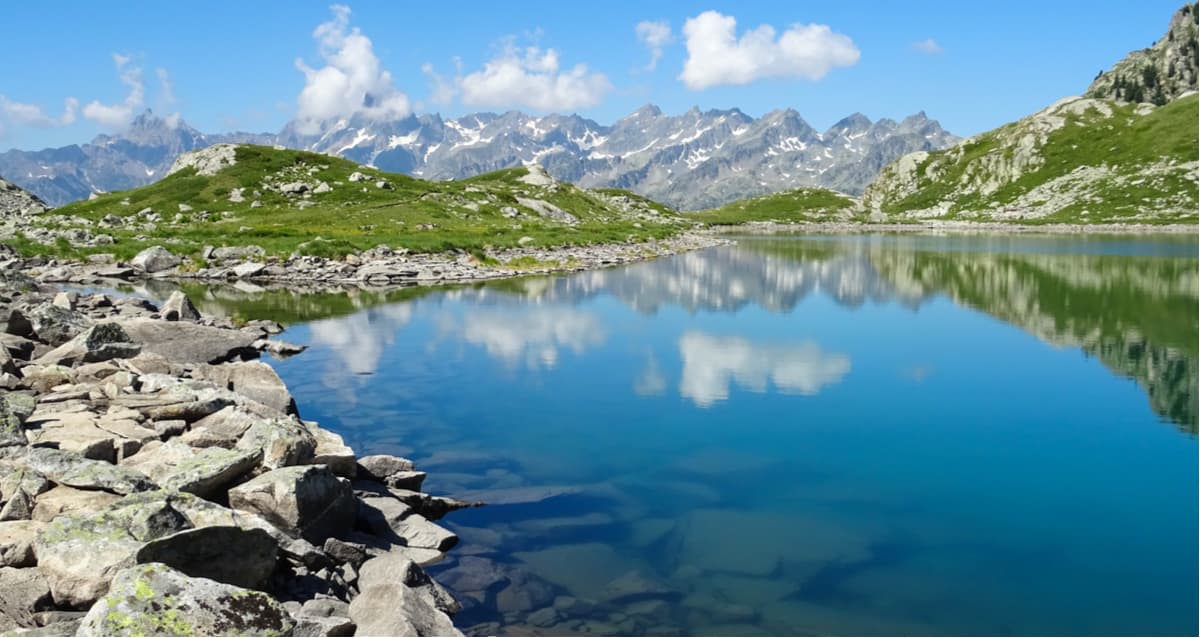 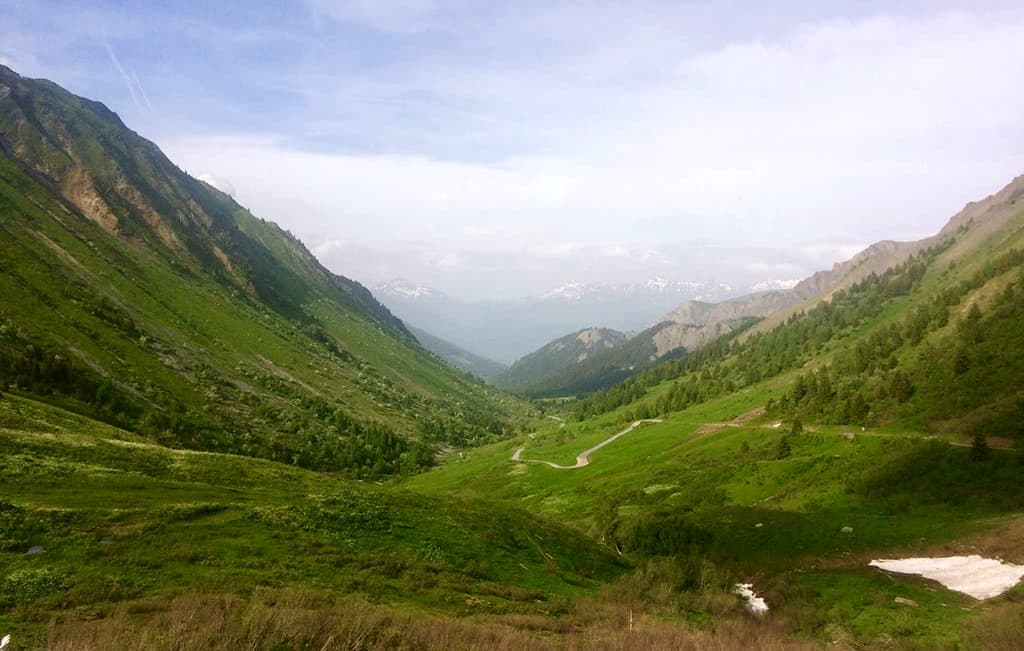 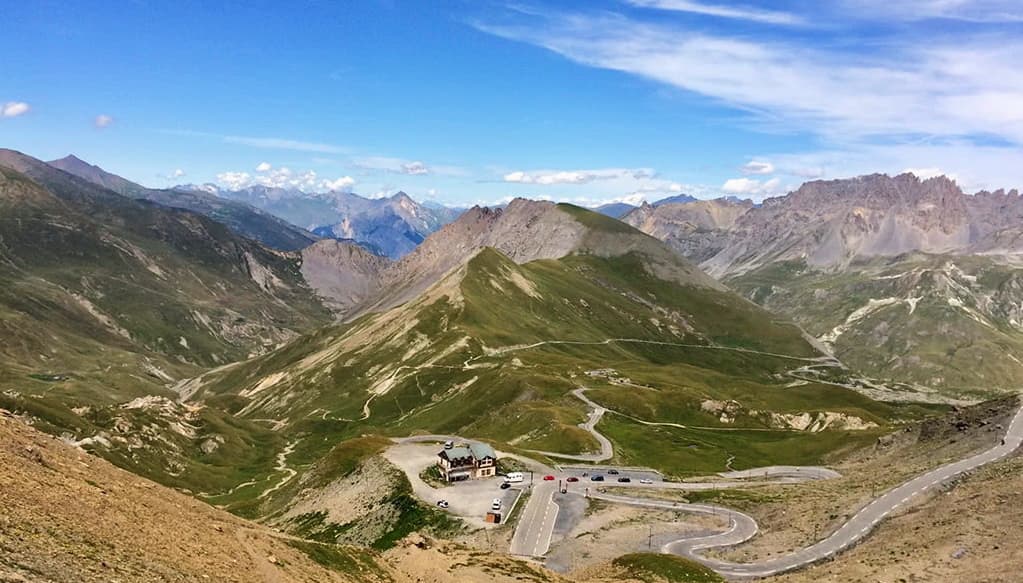 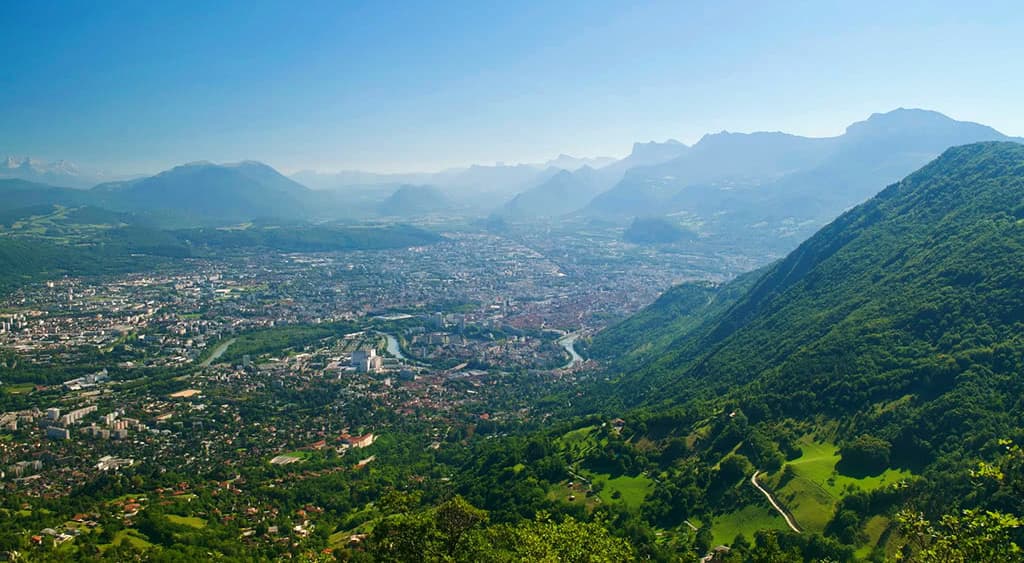 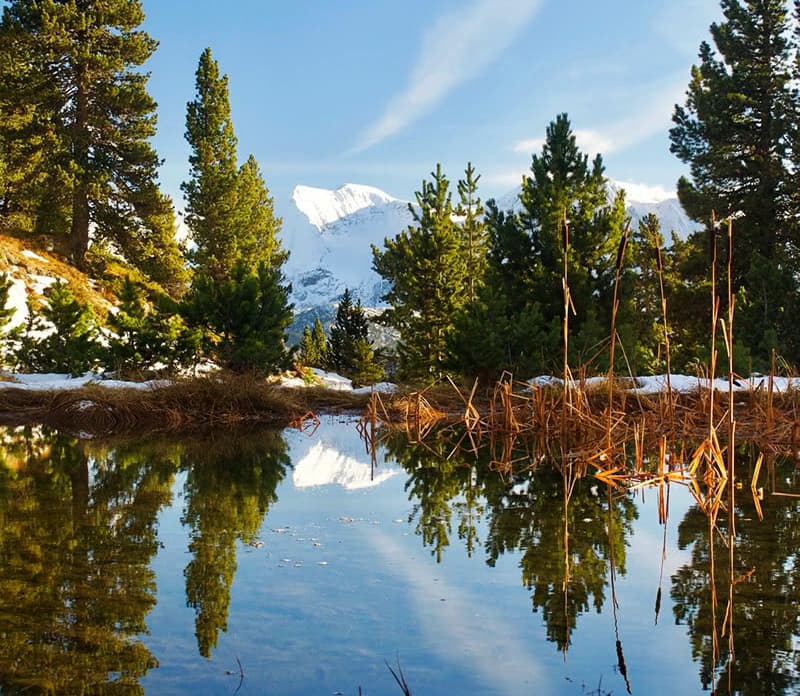 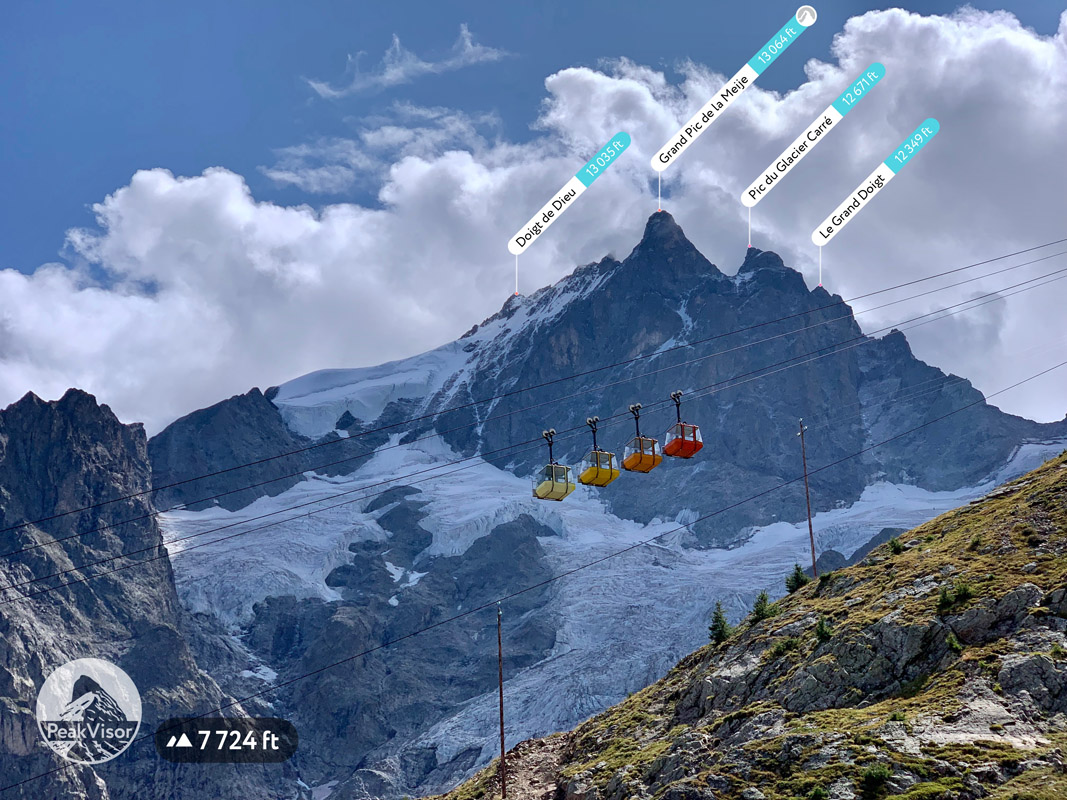