The Castile Ranges, or the Sistema Central/Cordillera Central, as it’s known in both Spanish and Portuguese, is a collection of mountain ranges that divide the drainage basin of the Tagus and Douro Rivers. The Ranges roughly follow the border of the 40th parallel of latitude and stretch from east-northeast to west-northwest, connecting the autonomous communities of Castile and León and Extremadura in Spain with the Guarda and Castelo Branco districts of Portugal. 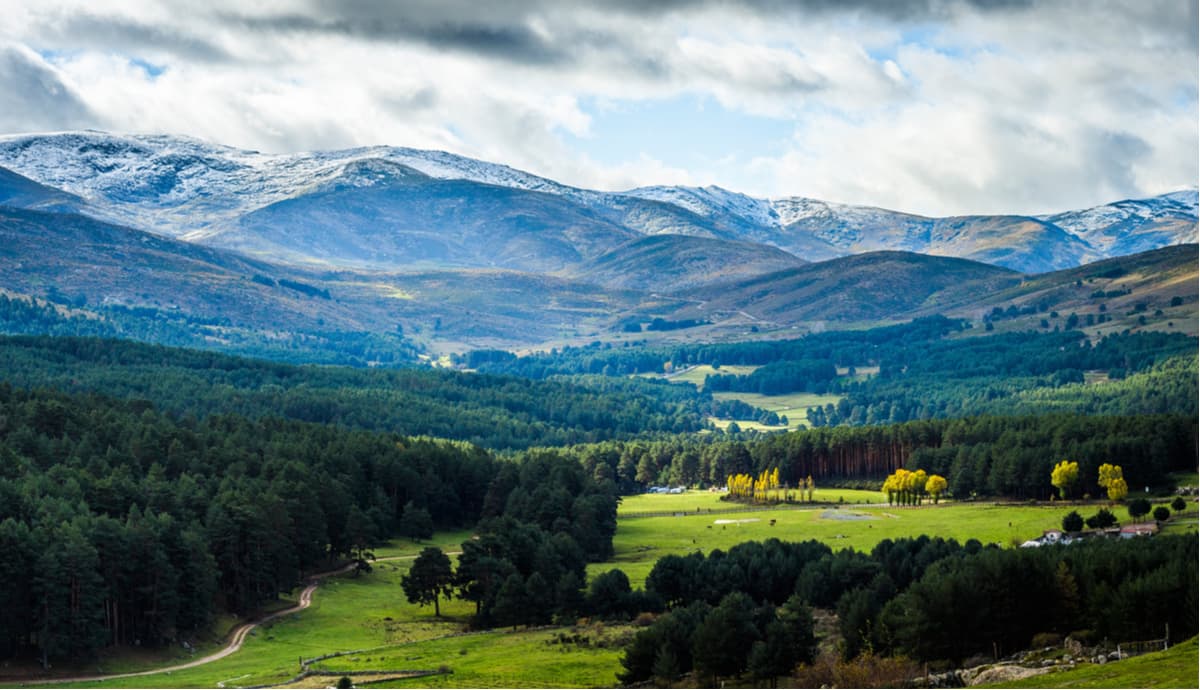 The Castile Ranges are a massive landscape feature in the inner part of the Iberian plateau and are home to 1513 named peaks, the highest and most prominent of which is Pico Almanzor (2,591m/8,501ft) in the Spanish province of Áliva.

However, while the other major mountain system in Spain, the Sistema Ibérico, is comprised of many different geologic formations, the subranges within the greater Castile Ranges are quite homogenous in origin. The vast majority of the Castile Ranges formed some 25 million years ago during a mountain building event known as the Alpine orogeny.

The Alpine orogeny was also responsible for creating other ranges in the Alpide belt, such as the Alps, Caucasus, the Karakoram, the Hindu Kush, and the Himalaya as the continents of Africa and India collided with Eurasia. However, the Castile Ranges were also some of the southernmost mountains in Europe to be affected by glaciation, so much of the landscape we see today was carved out by glaciers during the last 10,000-20,000 years.

The majority of the Castile Ranges are made of granite. Much of the region is home to an abundance of natural springs and plentiful snowfall, which helps to keep the ranges’ many valleys green and lush throughout the year. Although there are slight variances from sub-range to sub-range, much of the Castile Ranges are covered in various alpine shrubs at higher elevations and forests of oak and pine.

The Castile Ranges are also home to a wide variety of birdlife, including griffon vultures and other birds of prey. Lucky visitors to the area can also have a chance to see wild cats, martens, weasels, badgers, roe deer, wild boar, and Spanish ibex in the Castille Ranges.

As a mountain system, rather than an actual mountain range, the Castile Ranges are actually a collection of dozens of ranges in both Spain and Portugal. Many of the better-known ranges are now contained within national, regional, and natural parks, including:

Due to the Castile Ranges’ proximity to Madrid, the mountains are very popular among residents of both the city and the greater Castilla y León community. However, with so many options for outdoor adventure, it’s possible to get out and explore the great outdoors in the Castile Ranges while also getting away from the crowds.

The Castille Ranges is a collection of dozens of sub-ranges, but most of the main attractions in the region are actually contained within national, natural, and regional parks, such as:

Parque Regional Sierra de Gredos (English: Sierra de Gredos Regional Park) is a protected area encompassing some 862.97 sq. kilometer (333.19 sq. mi) in west-central Spain. The park is located within the province of Ávila and contains the highest mountains in the Castille Ranges, such as Canchal de la Ceja and Pico Almanzor.

Much of the regional park is dominated by forests of Pyrenean oak, maritime pine, and Scots pine. Visitors to Sierra de Gredos can also see Spanish ibex, European otters, Iberian shrews, Spanish imperial eagles, and a handful of different reptiles and amphibians on their travels.

The park contains the only example of “high Mediterranean mountain” ecosystems in the Iberian peninsula. It is also home to more than 1,200 different species of animals and 1,500 different species of plants. Guadarrama National Park contains 115 named peaks, of which some of the best-known include Pico de Peñalara, Risco de los Claveles, Cabeza de Hierro Mayor, and Cerro de Valdemartín.

Serra de Estrela Nature Park is located along the boundary of the Guarda and Castelo Brando districts in the Centro Region of Portugal. The park is home to 57 named mountains, the highest of which, Torre (a.k.a. Estrela) (1,994m/6,541ft) is also the highest in mainland Portugal.

Serra de Estrella protects a large swath of alpine terrain, in central Portugal, much of which is above 700m (2,296ft). Visitors to the park can enjoy its many hiking trails, some of which lead up the highest peaks in the region, including Cântaro Magro, Cântaro Raso, and Cântaro Gordo.

Parque Natural de las Batuecas y Sierra de Francia (English: Las Batuecas-Sierra de Francia Natural Park) is a natural park in western Spain near the country’s border with Portugal. The park was designed to protect a number of important ecosystems that are home to large concentrations of wildlife, such as the black stork.

Las Batuecas-Sierra de Francia Natural Park) is also known for its unique geology of rugged valleys and for the traditional culture and architecture that can still be found in many of its small villages today.

The Castille Ranges cover a wide swath of land that’s surrounded by some of the most populated areas in Spain and Portugal. Here are some of the major cities in the region:

Located a 2-hour drive from Serra de Estrela Natural Park, Coimbra is the fourth largest city in Portugal with a population of about 143,000 people. The city is home to a number of UNESCO World Heritage Sites and is also home to the University of Coimbra, the oldest academic institution in the Lusophone (Portuguese-speaking) world. Plus, Coimbra is just 2 hours from Lisbon and 1 hour from Porto, so it’s quite easy to get to from the rest of Europe.

Guarda is a city of 40,000 people in the Guarda District of Portugal’s Centro region. Guarda is located at the highest elevation of any city in Portugal and is located in the foothills of Serra de Estrela Natural Park. The city is just a 2-hour drive from Porto, so it offers good access to international flights in Europe and beyond.

Salamanca is the capital city of the province of Salamanca in western Spain. The city is home to over 140,000 people and contains an Old City that is a UNESCO World Heritage Site. Salamanca is located some 200 km (120mi) to the west of Madrid and 80km (50mi) from the border of Portugal. Although it is just a short drive to Madrid, Salamanca has a small airport that services flights to the Canary Islands, Mallorca, and Málaga in the summer months.

Madrid is the capital city of Spain and is home to about 3.3 million people, making it the country’s largest city. As the second-largest city in the European Union (after Berlin), Madrid is a transportation hub for all of Spain, so it’s a great place to start your trip into the Castile Ranges.

Toledo is the capital city of the Spanish province of Toledo. With a population of about 84,000, Toledo is one of the smaller cities in Castile-La Mancha. However, the city was declared a UNESCO World Heritage Site due to its use as the court of Charles V, Holy Roman Emperor as well as its rich history dating back to the time of the ancient Romans. The city is just a 1-hour drive south of Madrid and also offers a high-speed 30-minute rail link to Spain’s capital. 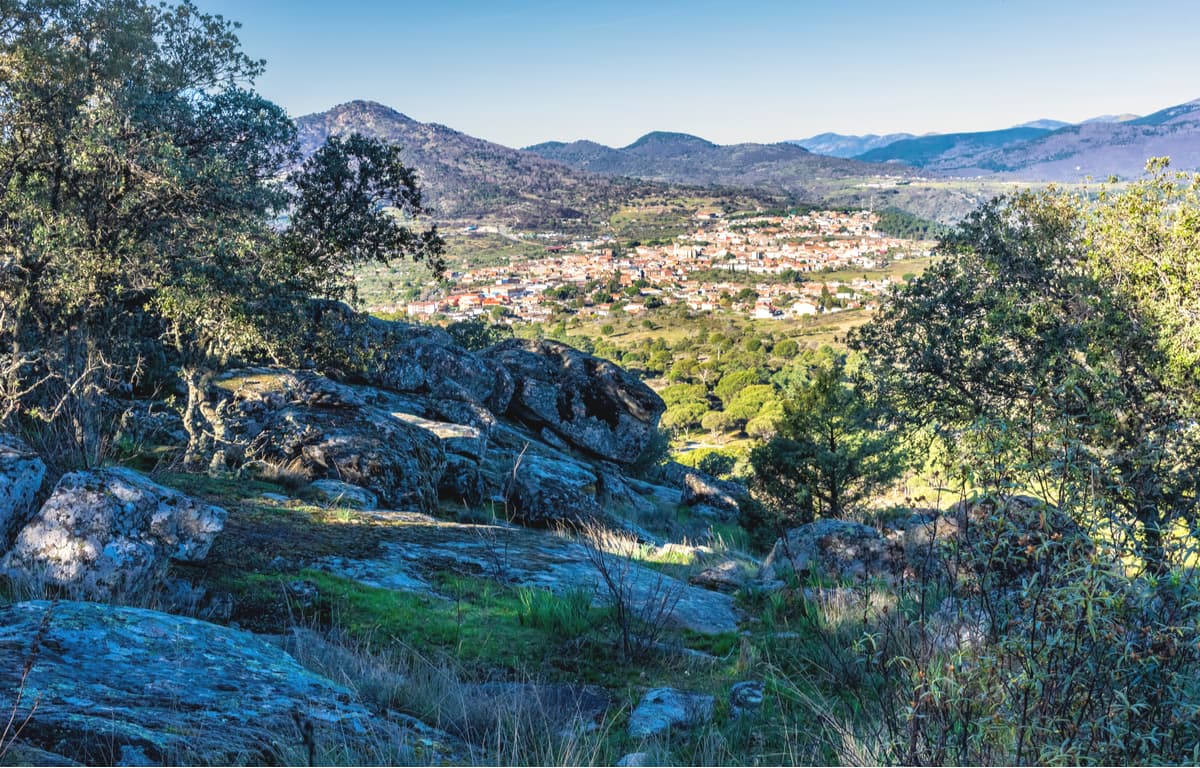 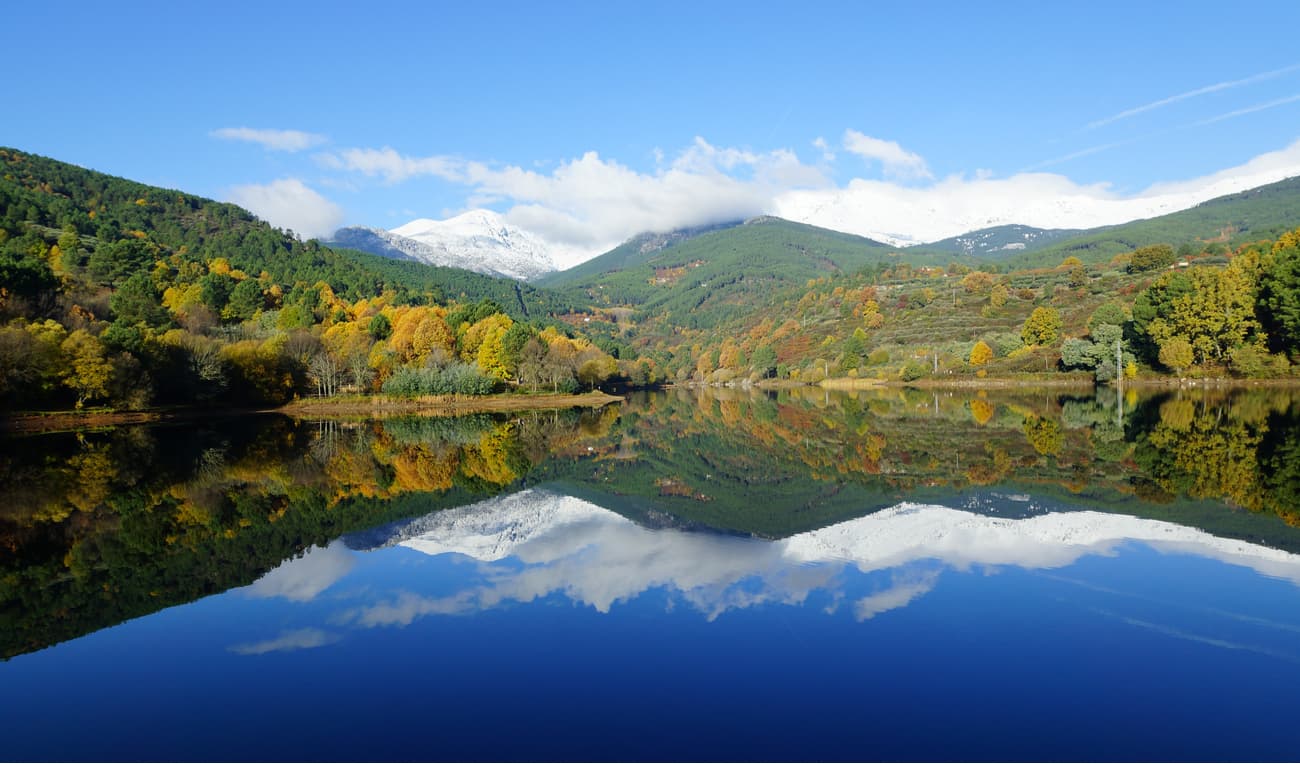 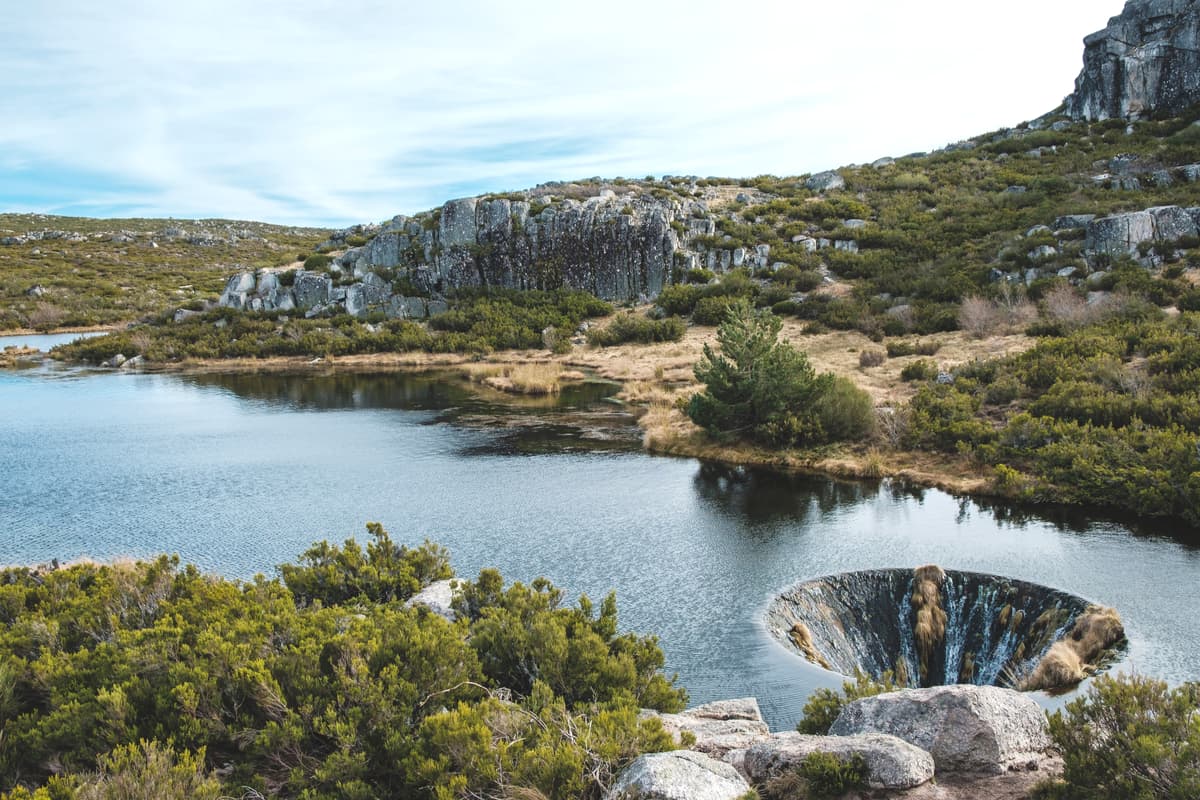 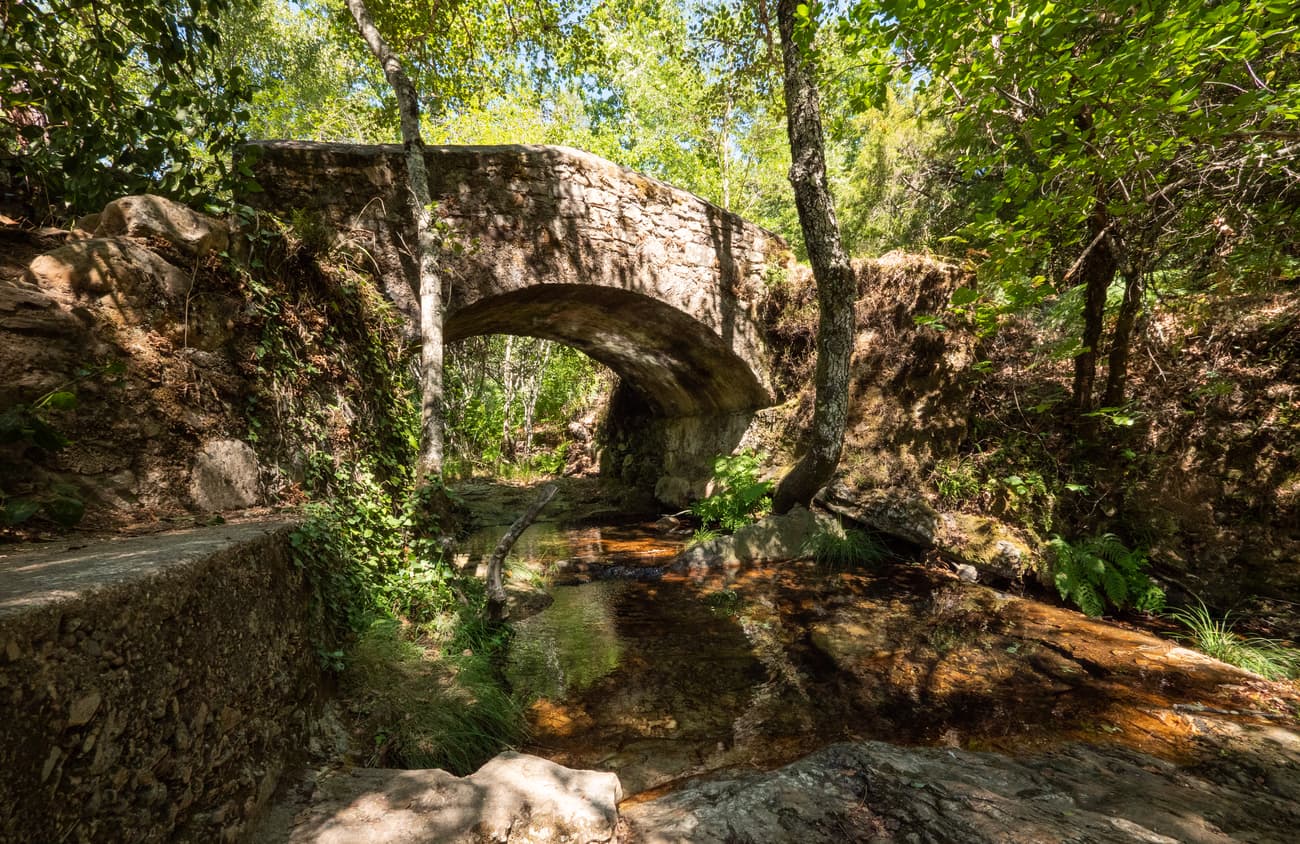 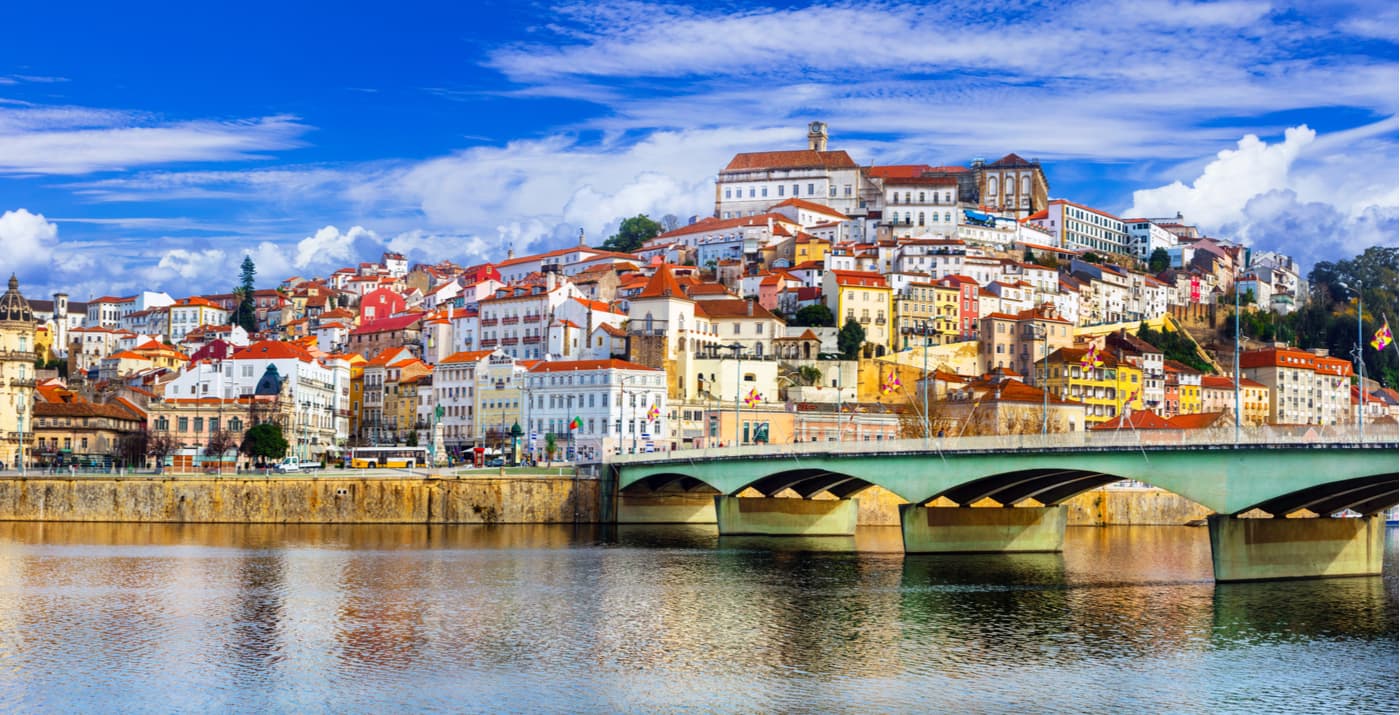 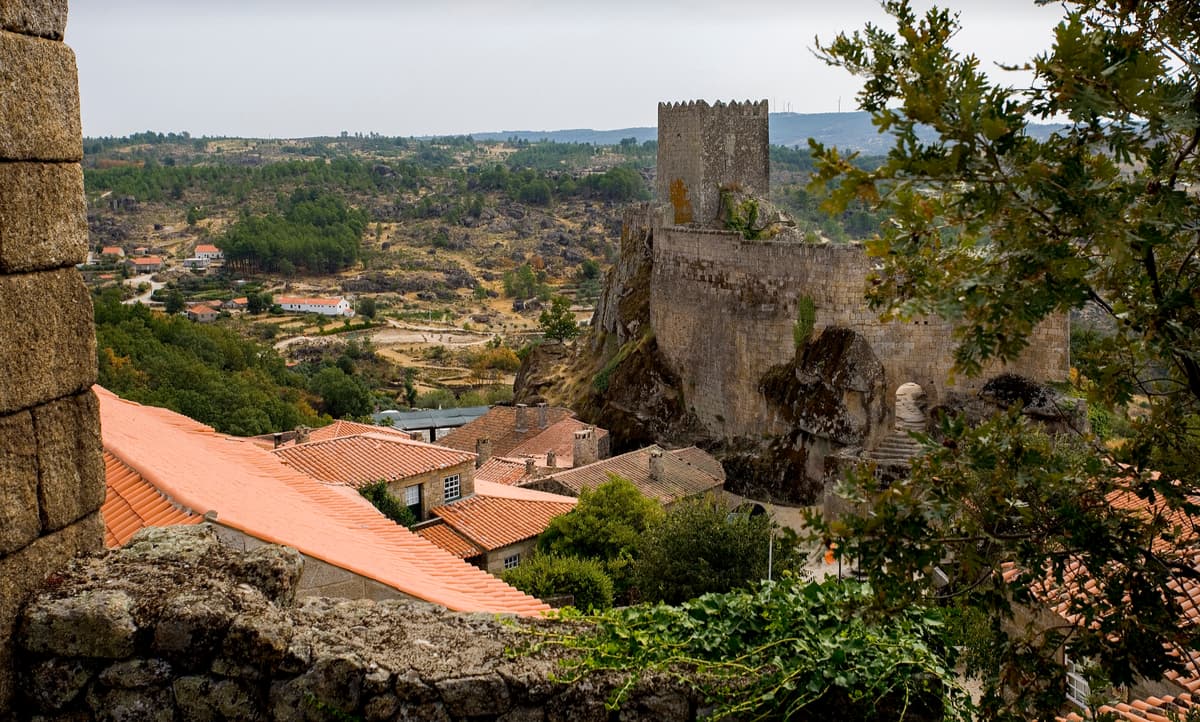 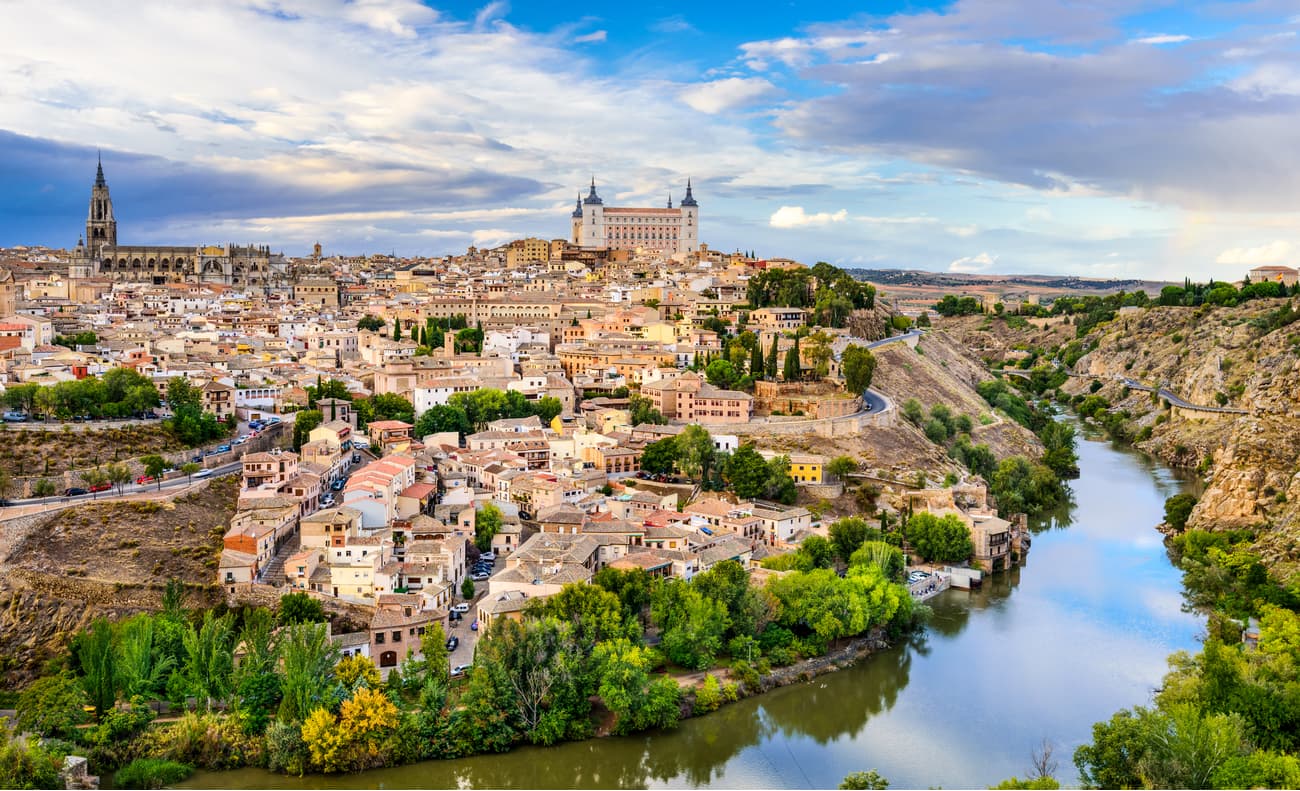