The Sistema Ibérico (Iberian System) is a major system of mountain ranges that extends throughout much of eastern Spain. The range contains 14474 named mountains. The tallest and most prominent peak in the range is Moncayo at 2,316 m (7,598 ft) in elevation and with 1,300 m (4,265 ft) of prominence. 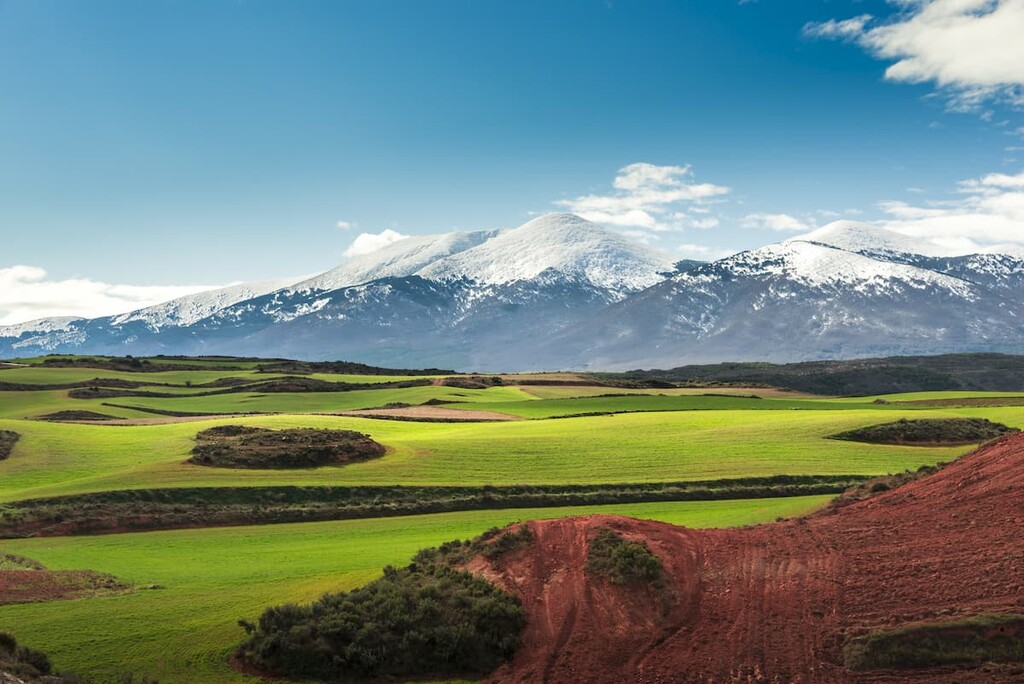 The Sistema Ibérico starts in northeastern Spain and extends down towards the Mediterranean coast through the autonomous communities of Castille and León, La Rioja, Aragon, Catalonia, and Valencia. The range spans over 500 km (311 miles) across the eastern part of the country, though the majority of the range is located in the southern half of Aragon.

The eastern edge of the range marks the western limit of the Pyrenees in eastern Spain. The western end of the range is marked by the Meseta Central, separating the Ebro Plain from the central part of the country.

In particular, the Sistema Ibérico is known for its high and rugged peaks and impressive massifs. Within the region, the range separates many of the watersheds that create many major rivers throughout Spain, including the Ebro, Douro, Tagus, and Guadiana rivers.

The eastern portion of the Sistema Ibérico consists of numerous ranges that extend towards the Mediterranean Sea. A few of the most notable ranges include the Sierra de los Caballos and Sierra Carrascosa, along with the Penyagolosa Massif.

As a whole the Sistema Ibérico is home to various ranges, massifs, and depressions. Despite there being such a plethora of peaks, many of the mountain ranges are isolated from one another. Many of these ranges are geographically connected by vast plateaus.

Similar to many of the other mountain systems in Spain, the peaks within the Sistema Ibérico consist of nummulite limestone, sandstone, and marble. The rocks date back from the Triassic to the Cretaceous periods.

Many of the various ranges, and high peaks, of the Sistema Ibérico were shaped by the Quaternary glaciation. This event left behind ridges, lakes, and cirques. However, this large belt of peaks was created through the collision of the African, Indian, and Eurasian tectonic plates.

The western sections of the range showcase Paleozoic folds. The relatively soft stone is largely responsible for the jagged peaks that we see today. The range’s limestone composition has left behind karst formations.

In the southern section lie smaller outcrops consisting of volcanic rocks. There are a number of active faults in the range, too, which makes the region a particularly seismically active place.

The Sistema Ibérico has a wide range of both flora and fauna throughout its many landscapes. In higher elevations of the park live populations of the Iberian wolf, Spanish ibex, rod deer, wild board, and European badgers. A decrease in human population in recent decades has allowed a population of griffon vultures to thrive.

In the drier populations of the park, reptiles thrive, including the ocellated lizard, Algerian sand racer, European wall lizard, and Italian three-toed skink. Amphibians in the region include the European toad, Iberian water frog, palmate newt, and Iberian ribbed newt.

Dry grasslands in the park are still used for cattle raising. However, this sort of ranching is far less important to the region than it once was.

The Sistema Ibérico has been inhabited by humans for centuries. One of the most prominent groups to have inhabited the region were the Iberians, who lived in the eastern and southern coasts of what is now Spain.

The Iberian culture began being developed dating back to the 6th century BCE. Some historians also state that the culture dates back even further from the fifth to third millennium BCE.

The Iberian people inhabited villages and fortified settlements. Individual communities often functioned as a tribal organization. Those communities along the southeastern coast of Spain were more urbanized than their farming counterparts that lived further inland.

For centuries that followed, there were often numerous small villages within the foothills of the Sistema Ibérico. However, these populations have begun to severely decline since the beginning of the twentieth century.

Today there are many small ghost towns and abandoned villages that were left behind by people leaving the region, especially in Teruel Province.

This decrease in population can largely be traced back to the Plan de Estabilizacion (Stabilization Plan) of 1959, proposed by Francisco Franco, which was a system of economic measures that were put into place in order to revitalize the Spanish economy. Local communities began to flock to the larger cities and coastal regions where tourism was thriving, providing more jobs.

Some small communities in the range still exist today, though many are inhabited by immigrants working in the agricultural industry. The lowlands of the mountains are still used in some regions for both cattle ranching and agriculture.

Sistema Ibérico is home to numerous parks and trails. Here are some of the top hiking areas to visit in the range:

Moncayo, the tallest peak in the range, is located in the central region of the Sistema Ibérico. The trail to the summit is a loop totaling 10 km (6.2 miles) with 991 m (3,251 ft) elevation gain. Beginning at Fuente de los Frailes, the trail winds through a pine forest.

The forest thins as the path reaches Hoya de San Miguel and the summit of Moncayo can be seen in the nearby distance. The top of Moncayo is not a jagged peak, but rather a wide ridgeline, allowing for numerous viewpoints.

The popular loop trail leading to Castillo de Castro is located in the Parc Natural de la Serra d'Espadà. The trail is 10.6 km (6.6 miles) long with 696 m (2,283 ft) elevation gain. It climbs steadily up to the Castro Castle, which is of Arab origin and was used as a watchtower prior to the arrival of Christianity to the region.

The loop passes through the park which also happens to be one of the largest desert-type areas in all of Europe. The trail offers views throughout the unique and rugged landscape.

The Bernina-Font-Format-Fort loop hike is located in the southern section of the Sistema Ibérico, near the Mediterranean coast. This trail totals 8 km (5 miles) with 371 m (1,217 ft) elevation gain.

The high climbs steadily after the first two kilometers before reaching the rocky ridge viewpoint. After passing through a short naturally occuring tunnel, and passing a ruined city, the trail offers impeccable views of the Algar valley.

Looking for a place to stay near Sistema Ibérico? Here are some of the best cities and villages to check out in the region:

At the northeastern edge of the Sistema Ibérico lies the city of Bilbao. The city is the largest in all of the Basque Country and northern Spain, with a metro population of around 1 million people.

Though Bilbao isn’t part of the Sistema Ibérico, it acts as a gateway to the northern peaks and protected parks such as Espacio Natural de la Sierra de la Demanda, which are located to the south.

Bilbao is home to its own unique cuisine and traditions that are different from other regions of Spain. The city is known for its sagardotegi cider, its pintxos (small plates), and seafood dishes.

Located along the Mediterranean coast lies the city of Valencia, the capital of the autonomous community of Valencia. With a metro population of 2.5 million, Valencia is the third most populous city in all of Spain, after Barcelona and Madrid.

Besides being surrounded by peaks with the Sistema Ibérico, Valencia is known for its vast network of parks and museums within the city.

One of the most notable parks is the Turia Gardens. After the Turia River was diverted during the 1960s, the riverbed was transformed into a park that runs throughout the city. Other notable sites include the Valencia Cathedral and the Serrans Gate.

The city of Zaragoza is located in the northeast region of the Sistema Ibérico. The city has a population of over 700,000 people, making it the fifth most populous city in the entire country. Zaragoza is the capital of the Zaragoza province and it is situated along the Ebro River.

Besides its close proximity to much of eastern Spain, Zaragoza is known for its important monuments, such as the Basilica del Pilar, and the Aljaferia Palace. Zaragoza is also known for its long history, historical sites, cuisine, and folklore. Each year, the city hosts the Fiestas del Pilar, which is a week-long festival celebrating the patron saint of Zaragoza. 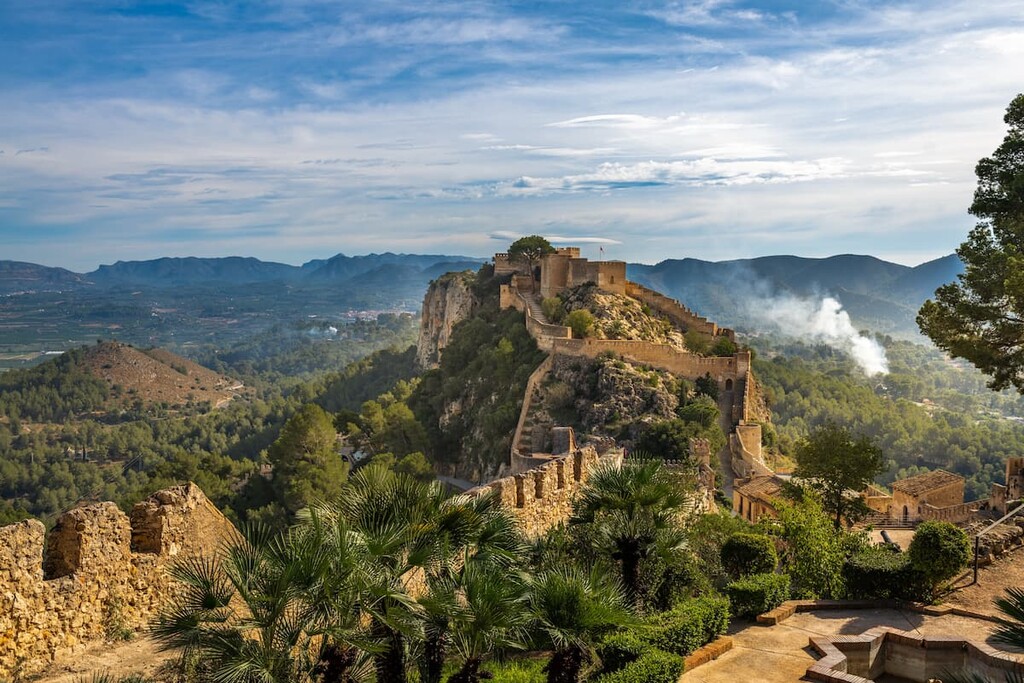 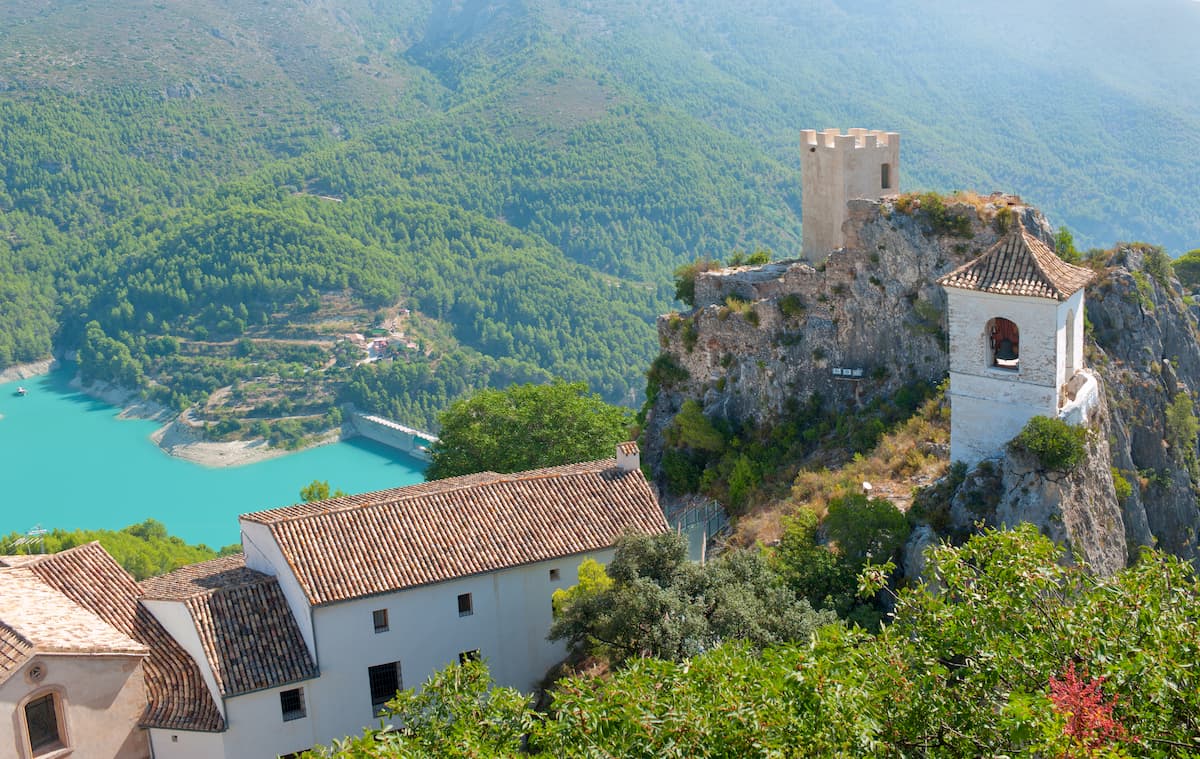 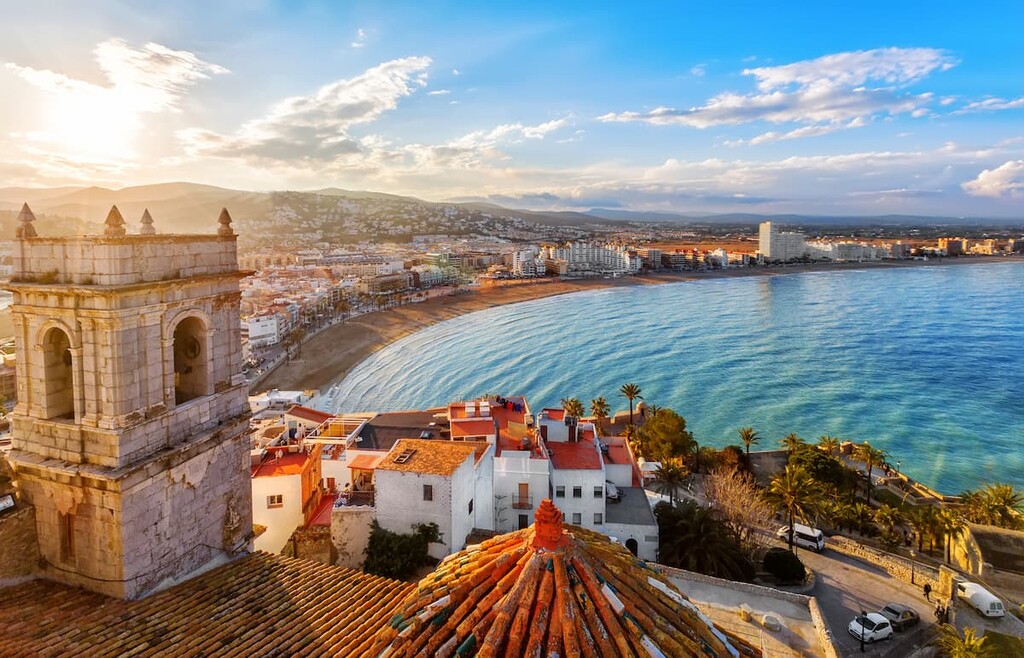 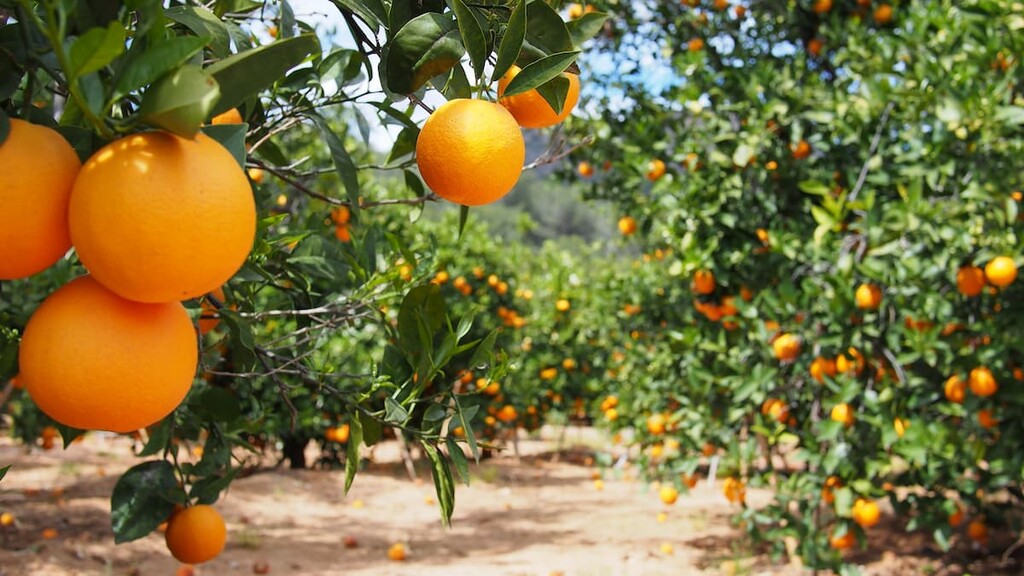 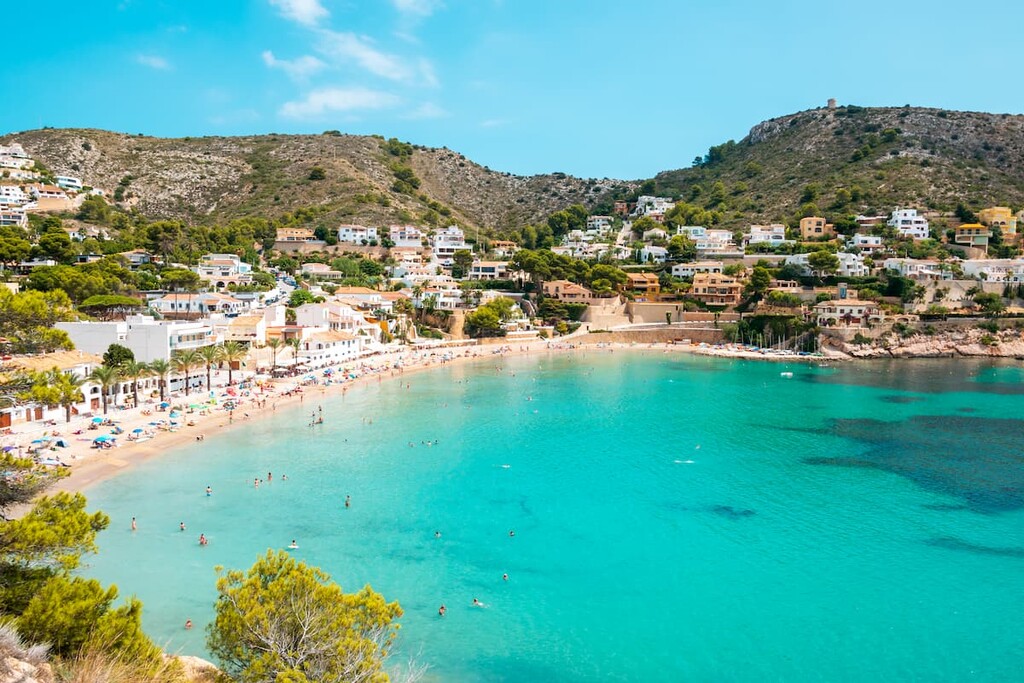 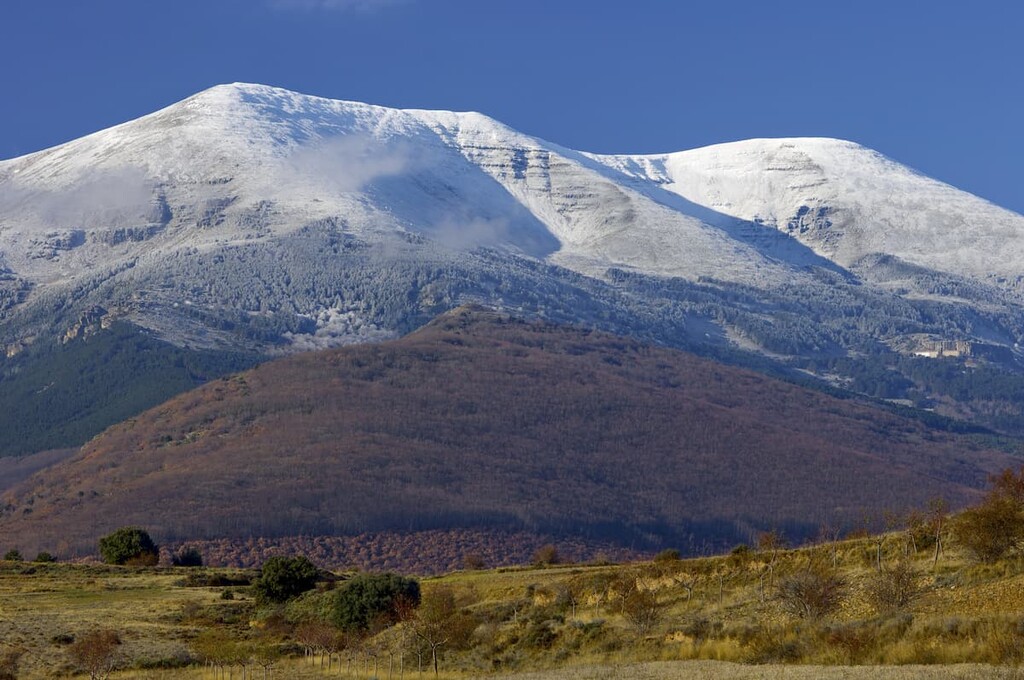