2 861 m
Elevation
Elevation is the altitude of a place
above sea level.

1 577 m
Prominence
Peak’s prominence is the least
vertical to be covered to get from the
summit to any other higher terrain.

Proportional Prominence 2 005 m
Ultra
Mountains with prominence of 1 ⁠500 ⁠m / 4 ⁠921 ⁠ft or more.
Volcano
Most commonly a conical hill or mountain built around a vent that connects with reservoirs of molten rock below the surface of the Earth.
Location
-39.421177 S  -71.940055 W
Villarrica (pronunciation: /ˌviːəˈriːkə/ VEE-ə-REE-kə) (Spanish: Volcán Villarrica, Mapudungun: Ruka Pillañ) is one of Chile's most active volcanoes, rising above the lake and town of the same name, 750 km (470 mi) south of Santiago. It is also known as Rucapillán, a Mapuche word meaning "Pillan's house". It is the westernmost of three large stratovolcanoes that trend NW-SW obliquely perpendicular to the Andean chain along the Mocha-Villarrica Fault Zone, along with Quetrupillán and the Chilean portion of Lanín, are protected within Villarrica National Park. Guided ascents are popular during summer months.

Villarrica, with its lava of basaltic-andesitic composition, is one of a small number worldwide known to have an active (but in this case intermittent) lava lake within its crater. The volcano usually generates strombolian eruptions with ejection of incandescent pyroclasts and lava flows. Rainfall plus melted snow and glacier ice can cause massive lahars (mud and debris flows), such as during the eruptions of 1964 and 1971.

Villarrica is one of 9 volcanoes currently monitored by the Deep Earth Carbon Degassing Project. The project is collecting data on the carbon dioxide and sulphur dioxide emission rates from subaerial volcanoes.
There's a trail leading to the summit. 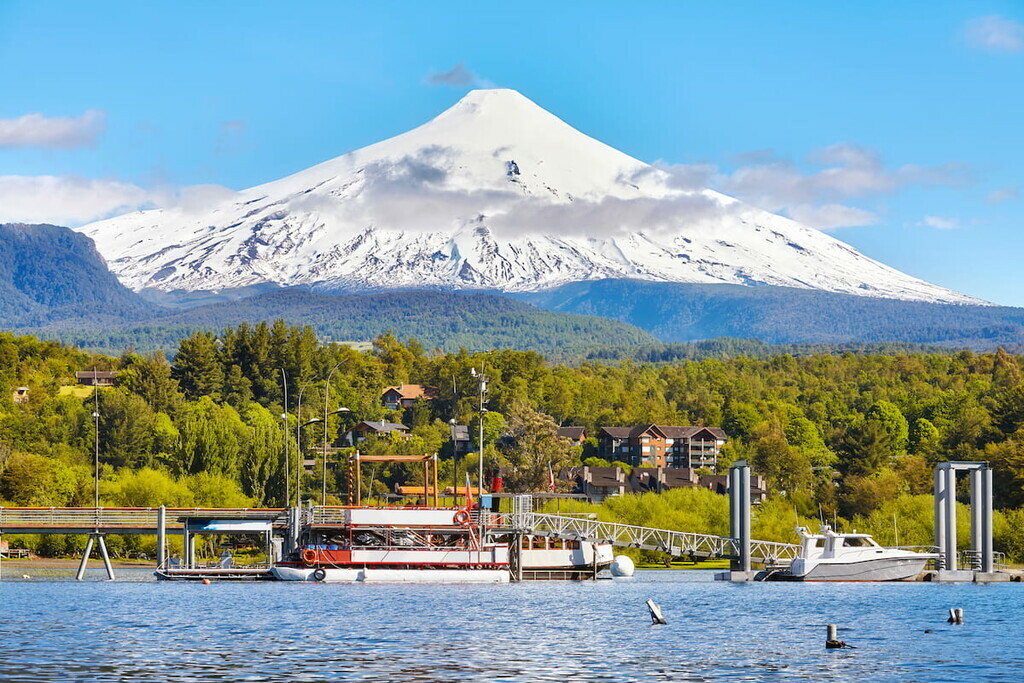 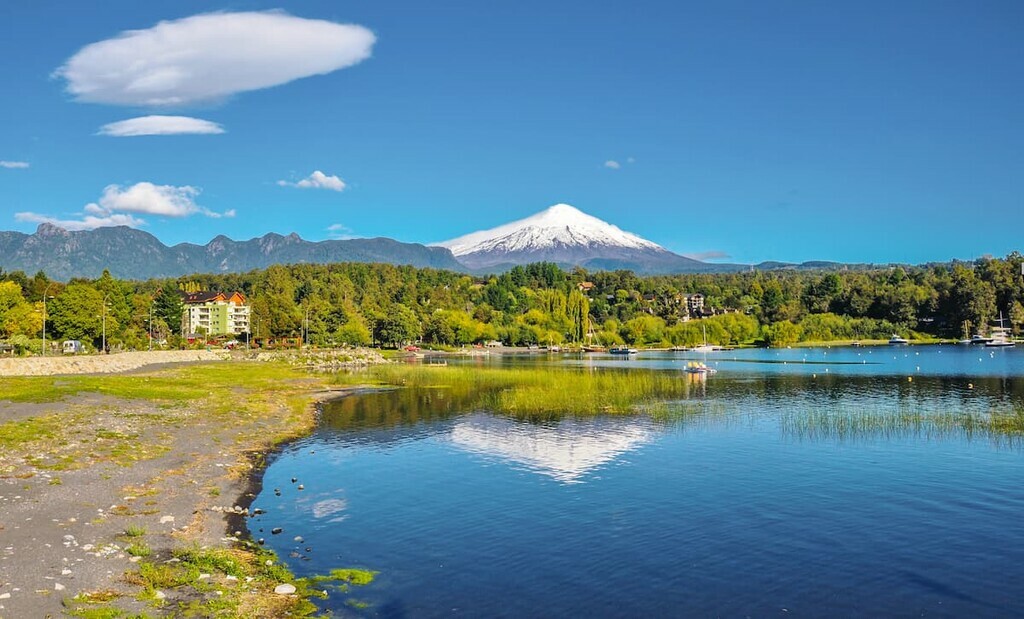 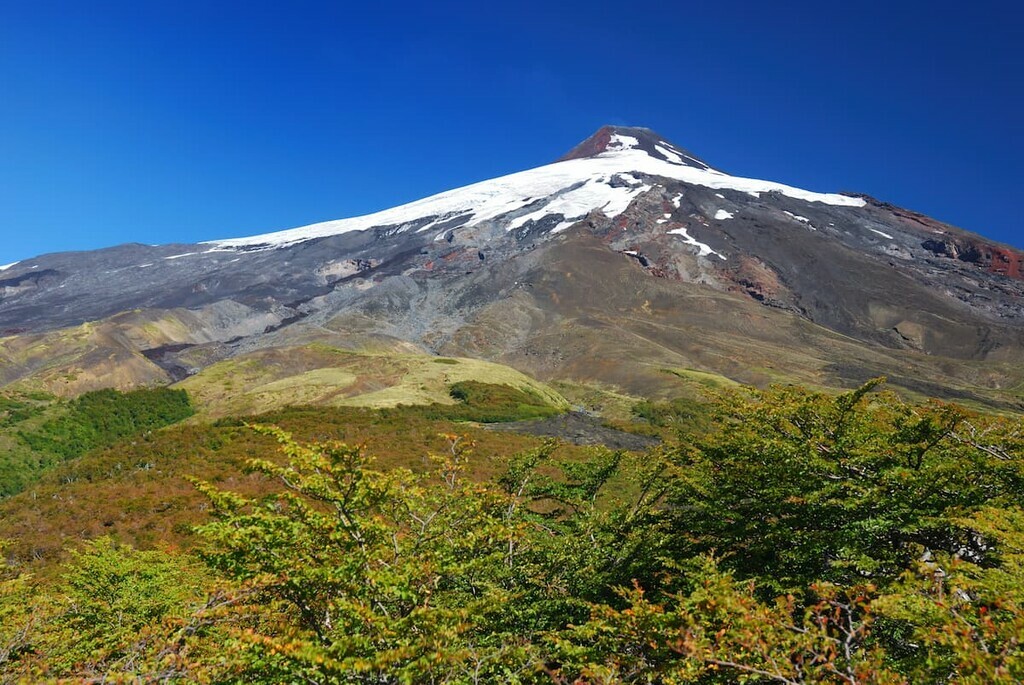 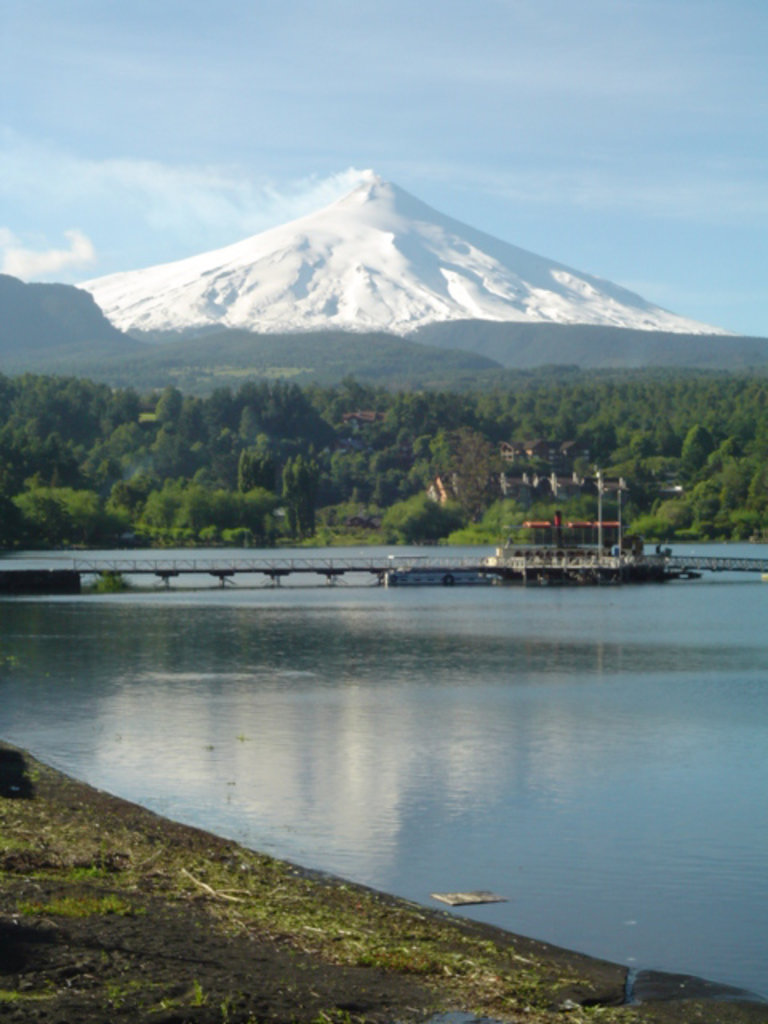 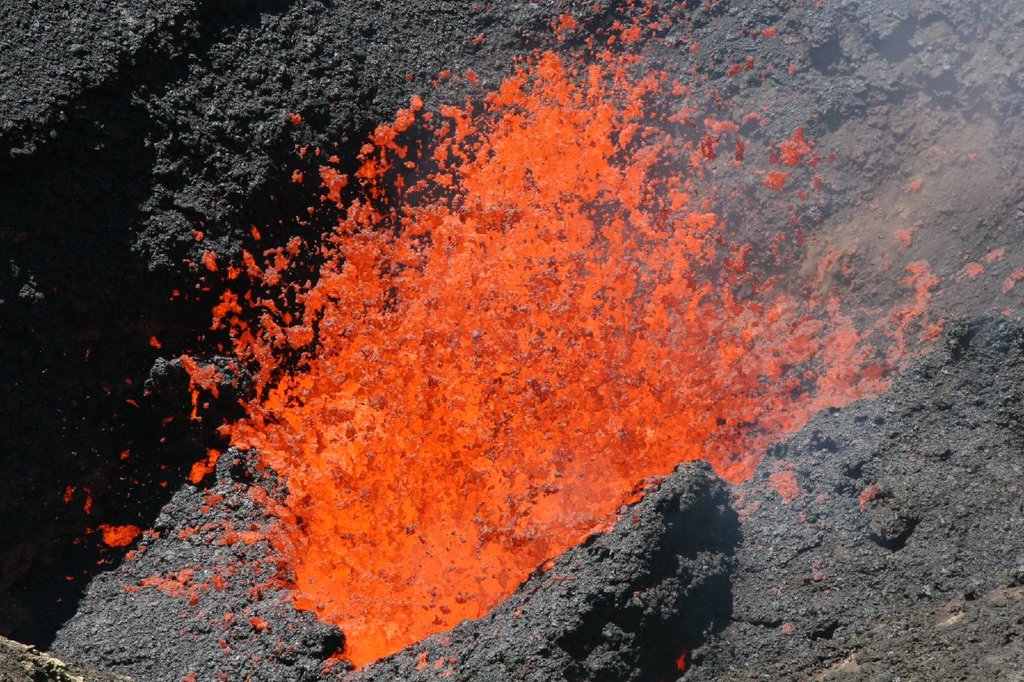 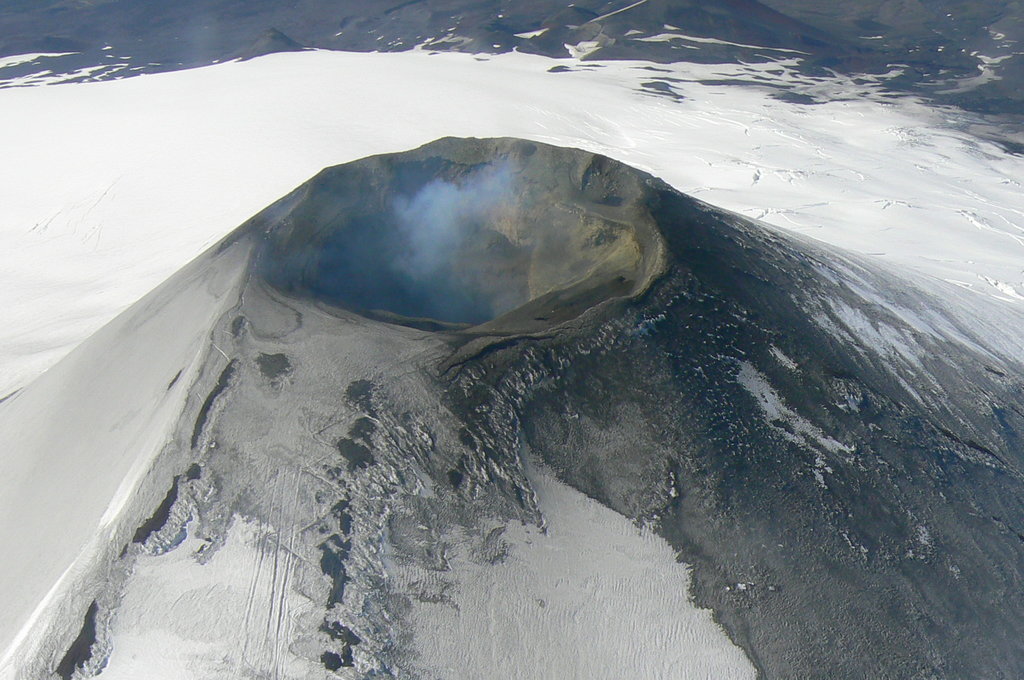 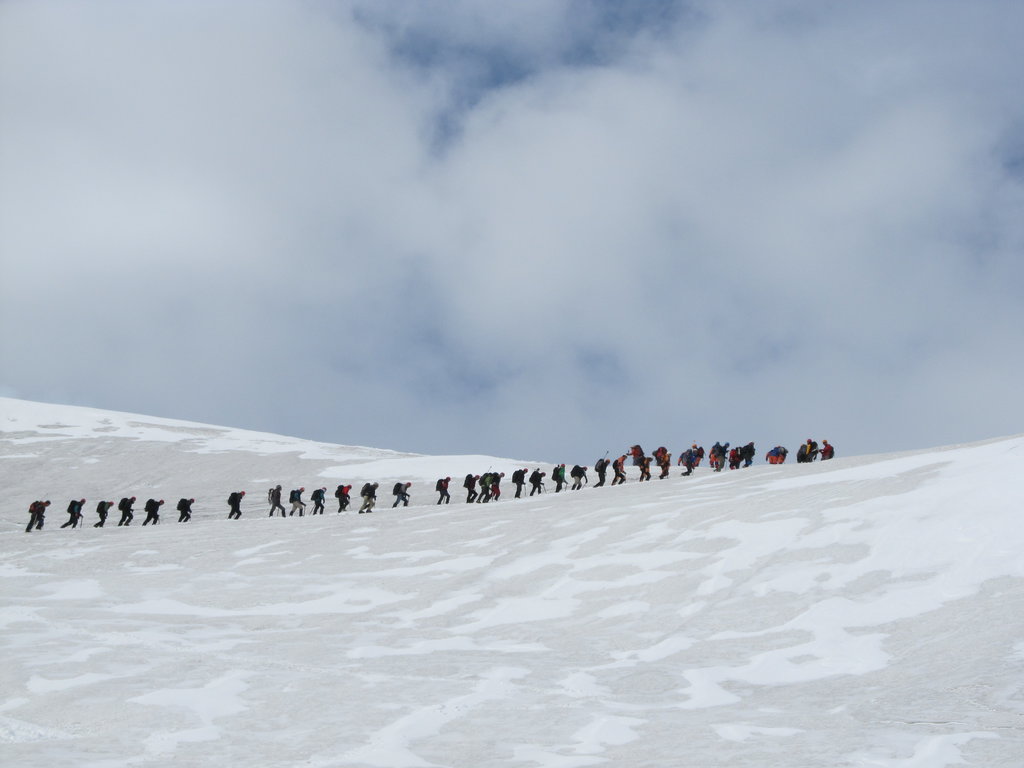 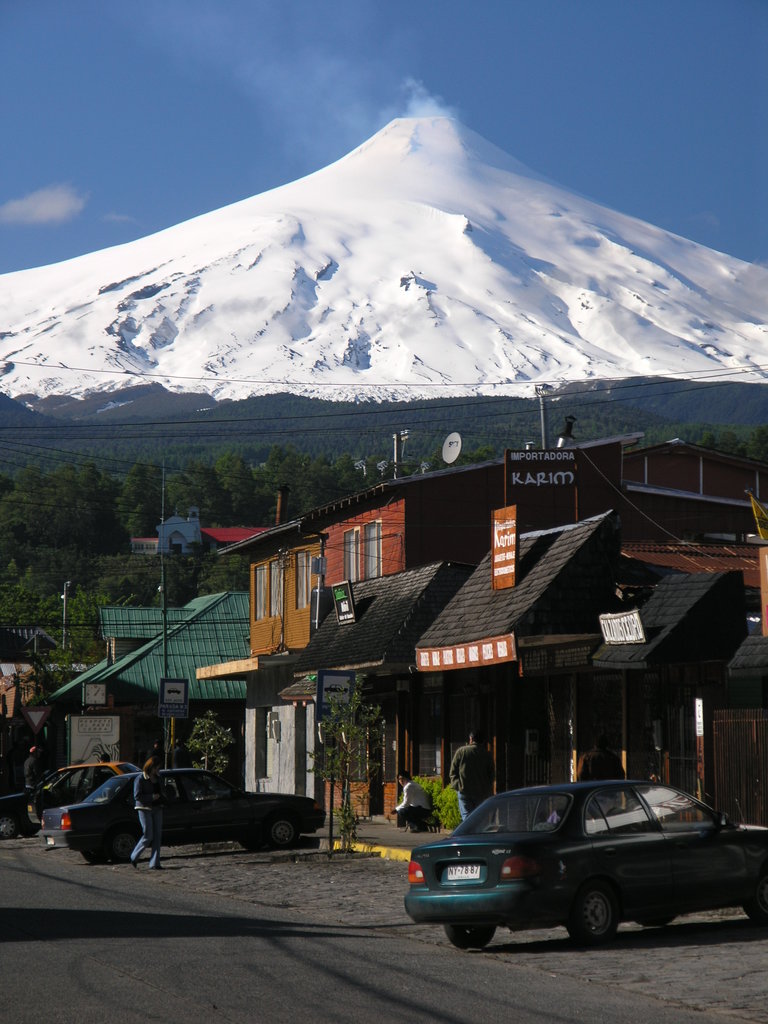 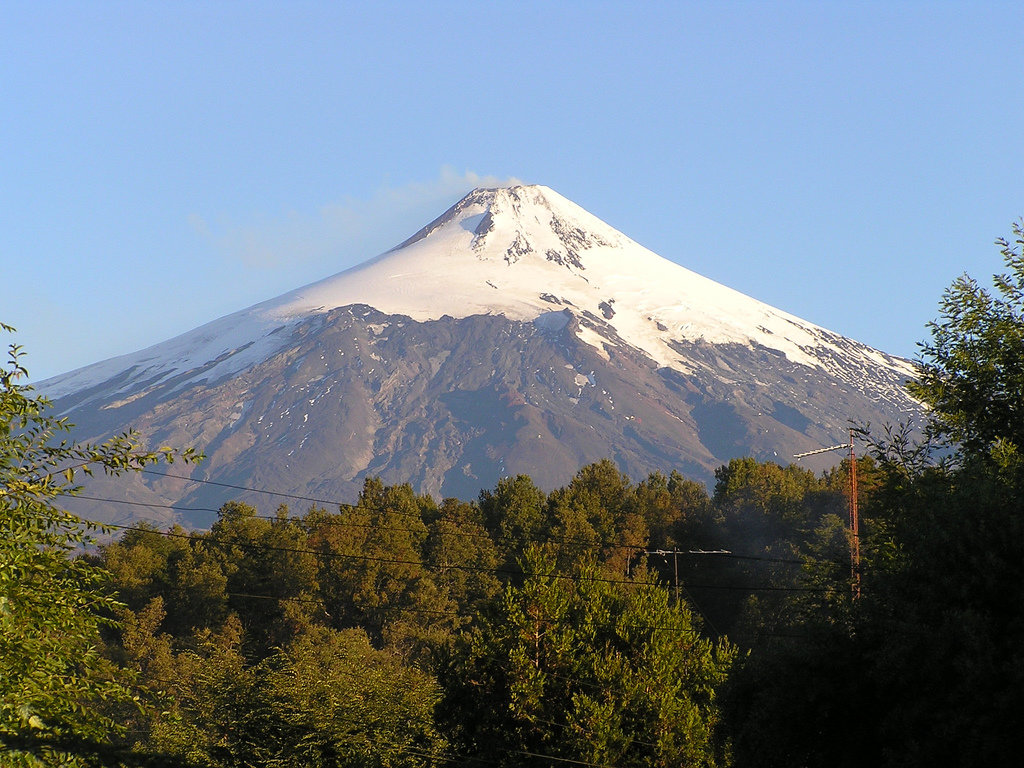 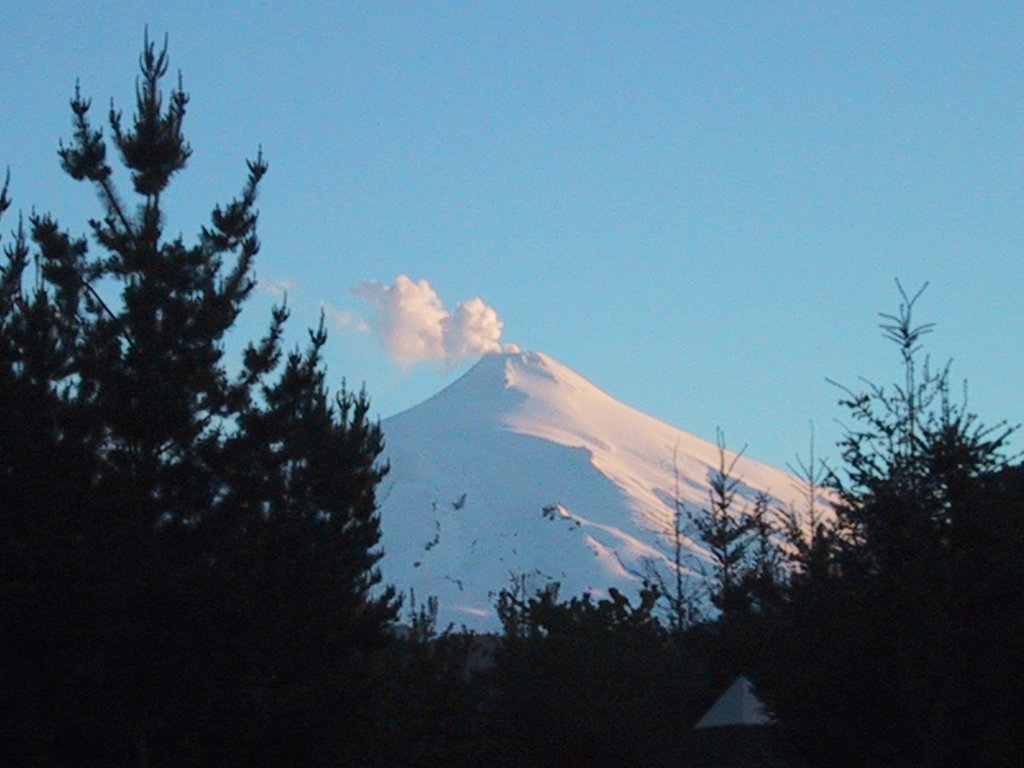 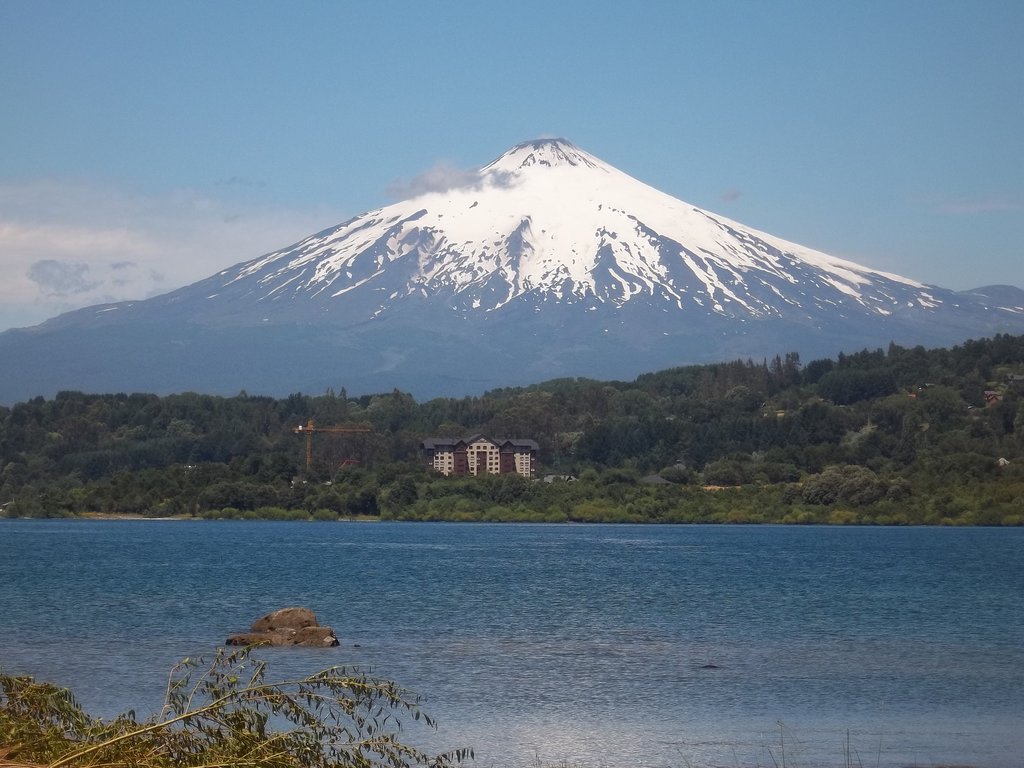 -39.63333 S   -71.5 W
Nearest Higher Neighbor
Cerro Paimún - 44.6 km ESE
El: 3 442 m / Prom: 0
Check out a downloadable 3D model of Volcán Villarrica area. A higher resolution model can be found in the PeakVisor mobile app.
Do you have photos of Volcán Villarrica or know something about it? Please let us know!