With a triplet of volcanoes as its nucleus, Villarrica National Park is one of the best places to witness Chile’s extensive volcanic history in all its glory. Green forests, dramatic peaks, immense craters, and otherworldly glaciers contribute to a natural gem in between the Araucanía and Los Ríos regions, attracting tens of thousands of visitors every year. 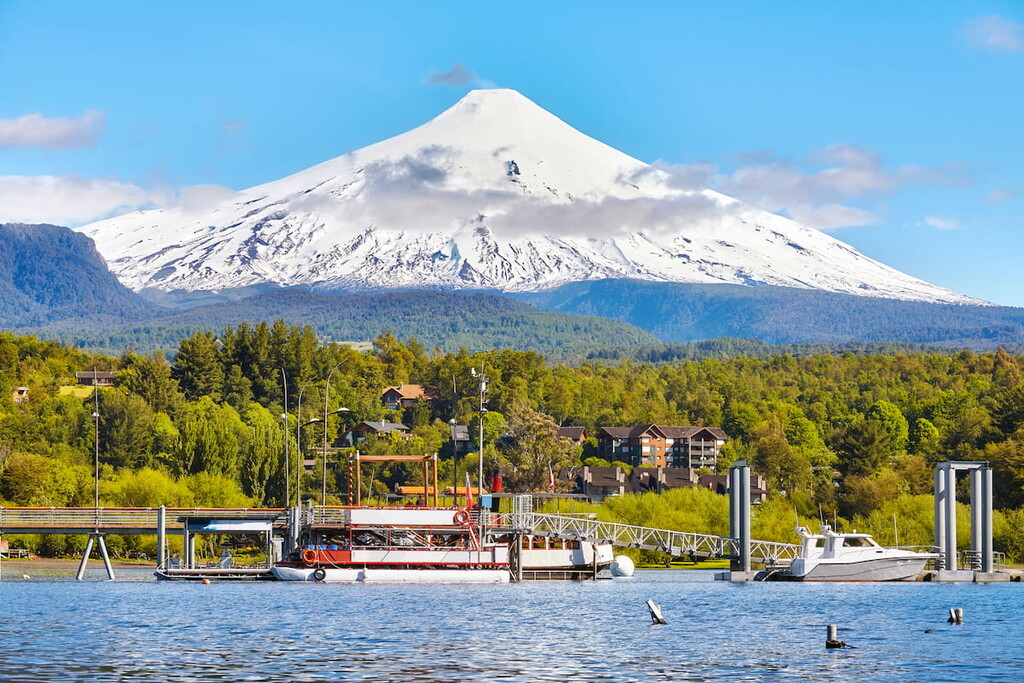 The park is heavily influenced by the adjacent Andes and is home to 8 named peaks, the tallest and most prominent of which is Volcán Lanín, at 3,747m/12,293ft above sea level, and 2,630m/8,628ft of prominence.

To the west of the park is the border with the Argentinian province of Neuquén, with Lanín’s northern slopes inside the park, and southern slopes in Argentina.

Inside the park are numerous rivers, such as the, Río Turbio, Río Puesco, Río Voipir, Río Panco, and many others, as a result of the two drainage basins that greatly impact the landscape. There are also several lagoons, such as Quillelhua, Los Patos, Avutardas, Huinfiuca, and the colorfully named Blanca, Azul, and Verde.

The volcanic triplet that centers the park consists of Lanín, the aforementioned tallest peak, as well as Villarrica at 2,861m/9,386ft in elevation and Quetrupillán at 2,360/7,743ft. The Quinquilil volcano is another notable volcano of the park, and there are a smattering of other hills scattered throughout.

Atop Volcán Villarrica, where snow cover is permanent, is the Pichillancahue-Turbio Glacier, as well as many craters of various sizes, with one crater containing an intermittent lava lake.

Being in southern Araucanía and northern Los Ríos, the climate of the park is mostly temperate and rainy, allowing for Valdivian forests to prosper on lower elevations.

The centerpiece of the park is three tall stratovolcanoes, Villarrica, Lanín, and Quetrupillán, located perpendicular to the Andes along the Mocha-Villarrica Fault Zone.

Villarrica, from the Upper Pleistocene, contains basaltic-andesitic lava and layers of ignimbrite, with an intermittent lava lake located in one of its many craters. It is a particularly active volcano, known for its mild strombolian eruptions that spew lava and incandescent pyroclasts, though it can also result in lahars, a violent type of mud flow.

Furthermore, Villarrica houses dozens of scoria cones and many volcanic caves. At its higher elevations, it is covered by permanent snow and glaciers, namely the Pichillancahue-Turbio Glacier.

Lanín, the easternmost of this trio, is seen as the least active of these volcanoes, composed mostly of basalt and resting upon a foundation of gneisses, volcaniclastic sequences, and felsic plutons. Lanín sits near the Reigolil-Pirhueico Fault, which bounds the elevated block this foundation sits on.

The last of these three is the central Quetrupillán, a Pleistocene-Holocene era volcano on a tectonic basement block between the Liquiñe-Ofqui Fault and the Regiolil-Pirhueico Fault. Quetrupillán’s most notable feature is its caldera, a hollow formed from an empty magma chamber after an eruption.

Quetrupillán consist mostly of basalt and andesite, as well as some unusual trachydacite rocks composed of plagioclase, pyroxene, ilmenite, and magnetite, while its basement is made up of plutonic and volcaniclastic rocks. The volcano also has some glacier cover, but is shrinking and not as significant a feature as that of Villarrica.

Outside of those three, there is the Volcán Quinquilil, several other smaller peaks, and the eroded remnants of former stratovolcanoes.

The ecology of the park largely belongs to that of the Valdivian temperate rainforest, with a thick understory of ferns and smaller plants and canopies of evergreens. Parts of the Villarrica, mostly within the Los Ríos sector, are considered to belong to the Bosques Templados Lluviosos de Los Andes Australes (Temperate Rainforests of the Austral Andes) biosphere reserve, which simply designates areas of high ecological importance.

Deciduous trees like the Patagonian oak and rauli populate the lower elevations of the park, and coigüe trees, belonging to the same Nothofagus genus as the oak and rauli, can be found throughout the park in wetter areas.

Araucarias or monkey puzzle trees, the national tree of Chile and an omnipresent figure throughout the wilderness of Araucanía, occupy higher altitudes of the park. Willow-leaf podocarp and lenga trees can also be found, lenga being a species that thrives in the coolness of the Andes.

As for animal life, many species unique to southern Chile, Patagonia, and the Valdivian forests inhabit Villarrica. Mountain lions, South American gray foxes, culpeos, pudúes, coypus, lesser grisons, Molina’s hog-nosed skunks, and the marsupial colocolo opossum are some of the signature mammals that reside in the park.

The many bodies of water attract aquatic birds like the great grebe, black-headed duck, and red-gartered coot, though raptors like the peregrine falcon, Harris’s hawk, and species of eagle can also be seen.

The history of Villarrica National Park coincides with the histories of the Los Ríos and Araucanía region. Archaeological finds of pottery and clay suggest early presence and/or settlement inside what would become the park. This presence was likely of the Mapuche people, as they were the main indigenous group in this area.

The Mapuche would have existed mostly uninterrupted until the arrival of the Spaniards in the 16th century, which ignited centuries of conflict over Spain’s desire to conquer the region. Though the Spaniards did set up some towns and settlements, their attempts at controlling the territory were largely rebuffed, and the Mapuche retained independence.

The province of Valdivia in Los Ríos, containing the southern half of the park, became officially part of newly independent Chile in 1826, while Cautín in Araucanía, containing the northern half, wouldn’t be occupied until the tail end of the Occupation of Araucanía, from 1861-1883.

Through warfare, disease, and famine, that occupation devastated the Mapuche population of Araucanía. Nonetheless, today, both Los Ríos and Araucanía contain significant populations of indigenous peoples. After incorporation into independent Chile, there was an influx of European immigrants into the region.

Volcán Villarrica provides some of the most popular hiking destinations in the park, including a challenging climb up to its 2,861m/9,386ft peak, with incredible views of the landscape all around. Climbs up the volcano can seemingly only be done with a guided tour, and requires climbing gear such as helmets and crampons.

Volcán Villarrica’s largest glacier, Pichillancahue, provides a popular day trip as well. This first leads through a forest of monkey puzzle trees, with views of the nearby volcanoes and volcanic terrain, and ends atop the volcanic ash-covered glacier, where hikers can look inside the mesmerizing glacier caves.

The hike up the Volcán Quinquilil is considered a more challenging day trip alternative, a little longer to complete than Pichillancahue. The first leg of the trail is flat forest, but eventually segues into switchbacks and ascents, with stunning panoramic views of the volcanoes at the top.

The Lagos Andino trail is a pleasant walk through the Andean nature and passes by several of the park’s crystalline lakes, like Quillelhue, Escondida, and Huinfiuca. Lagos Andino provides great views of Volcán Lanín, while the splendor of Volcán Quetrupillán can be seen along the Los Nevados trail, which runs through a unique volcanic desert said to look almost Mars-like.

Challupén-Chinay is another prominent trail with mountain views, a mix of arid landscape, lush forests, and dry fields given a rare appearance from a history of volcanic activity.

For a longer trek, the Villarrica Traverse trail, encompassing many of the aforementioned trails, spans the park from the west to the east, requiring around 3 to 5 days for completion. Through this trek, one can see all the features that have made the park so special, from towering volcanoes and otherworldly volcanic terrain to brilliant lakes to thick forests and everything in between.

Villarrica National Park lies within reasonable distance of many urban areas in Araucanía and Los Ríos, including both smaller tourist centers and much larger metropolises.

It is common for visitors to reside in and access the park through the nearby city of Pucón, known as a hub of adventure and ecotourism in southern Chile. Though a small city at less than 25,000 people, its close proximity to the park and other natural locations has led to the establishment of many hostels, hotels, and restaurants.

Besides Villarrica National Park, Pucón is close to the Parque Nacional Huerquehue and the Reserva Nacional Villarrica, as well as many popular hot springs, spas, lakes, waterfalls, mountains, and volcanoes, allowing for all sorts of tourist activities like horseback riding, rafting, hiking, fishing, and more.

Pucón can be accessed through Route 199, with bus terminals stretching to and from major cities like Temuco, Santiago, and Concepción, or through flights landing at Pucón Airport, which operate seasonally from Santiago.

As for larger cities, Temuco, a city of around 260,000 in central Araucanía, is one of the closest, at around a 2.5 hour drive away. Temuco can be reached through flights from Santiago to La Araucanía Airport, or through buses that operate along the highway system.

Temuco, with a rich legacy of Mapuche influence that continues to this day, is home to many of the premiere cultural, historical, and recreational destinations in La Araucanía, with many museums, sports centers, art galleries, clubs, and boutiques. Markets like Central Market offer opportunities to witness and purchase traditional Mapuche handicrafts, and one can also witness a diversity of European and Chilean architectural styles along the city’s streets.

Furthermore, similarly to Pucón, Temuco is at the heart of many natural wonders and sights in the region, and also contains some natural beauty itself, namely with the Cerro Ñielol National Monument from which the whole cityscape can be seen. 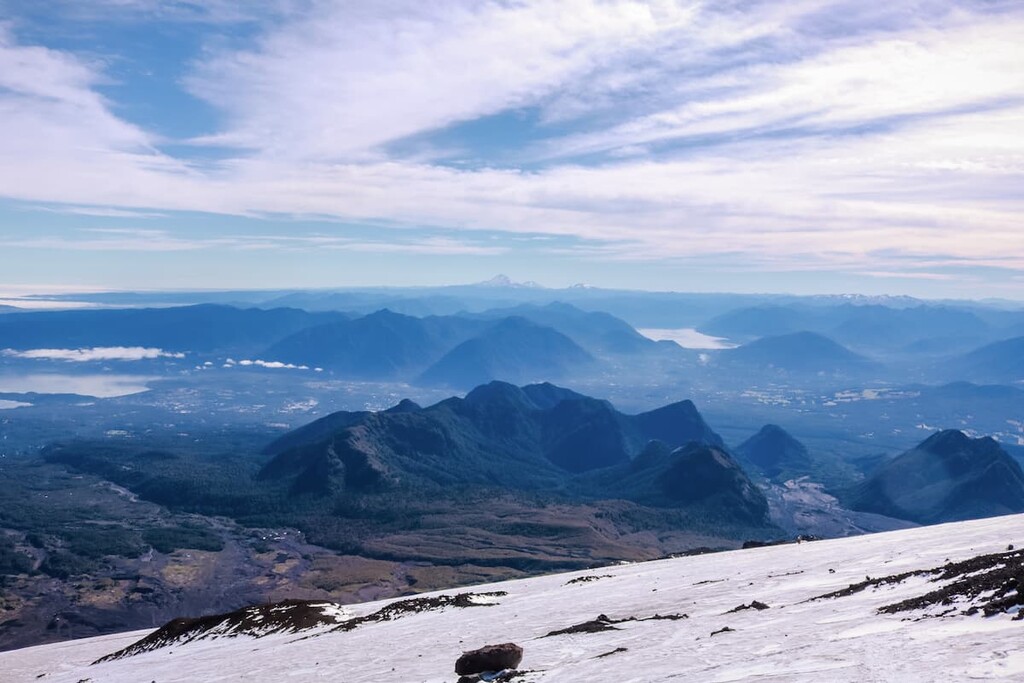 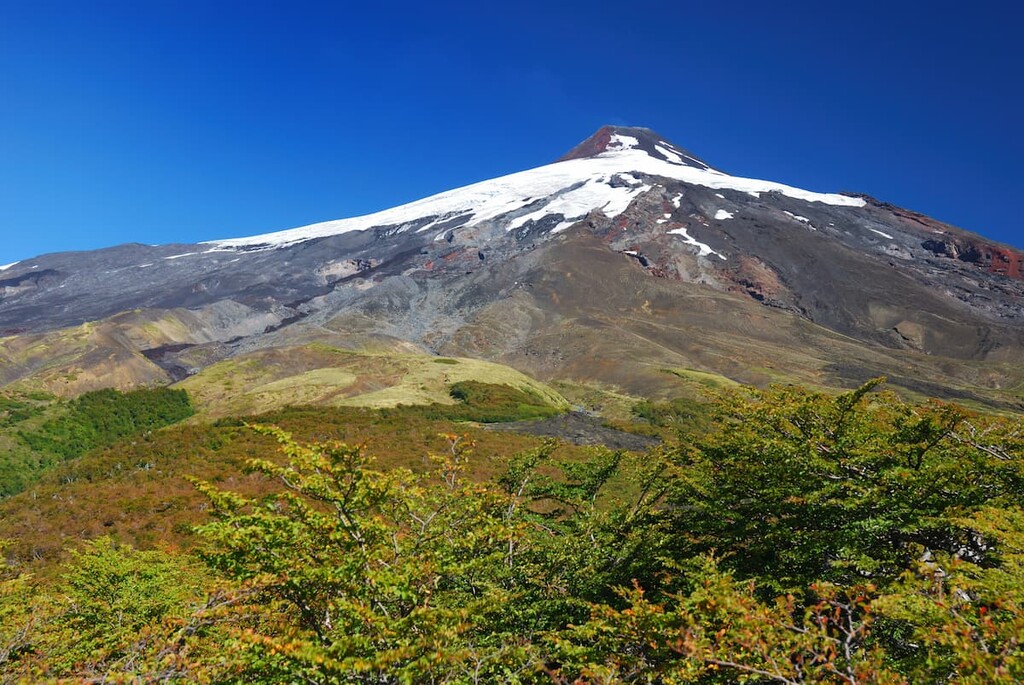 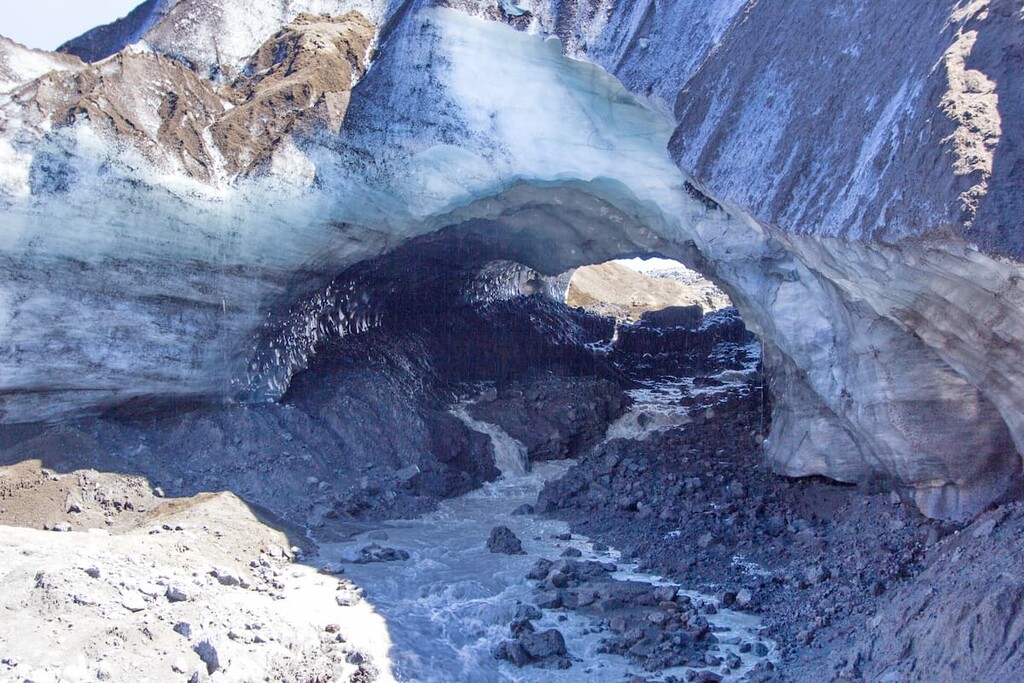 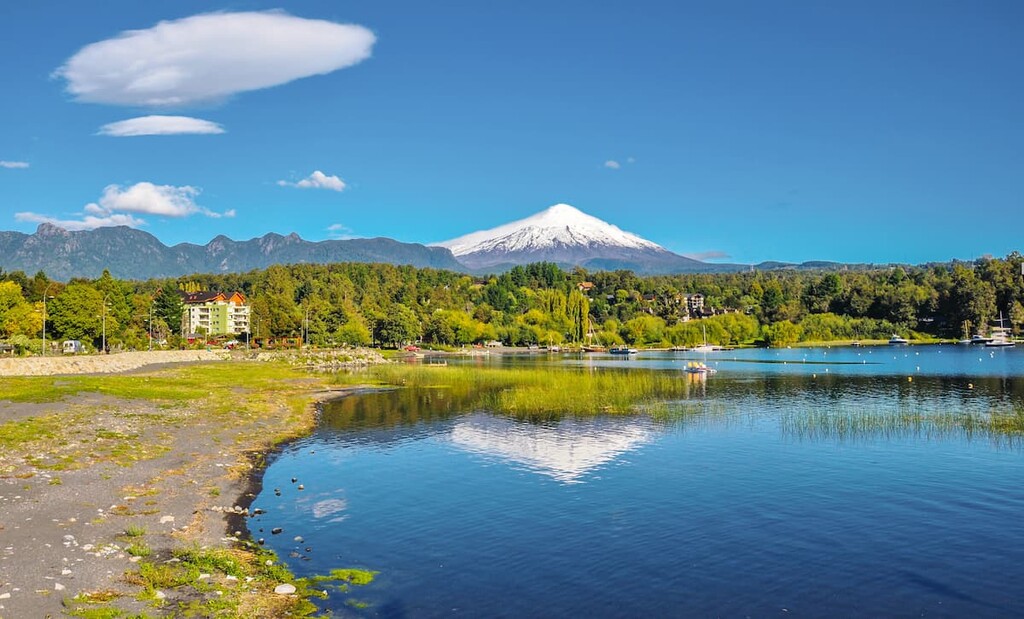 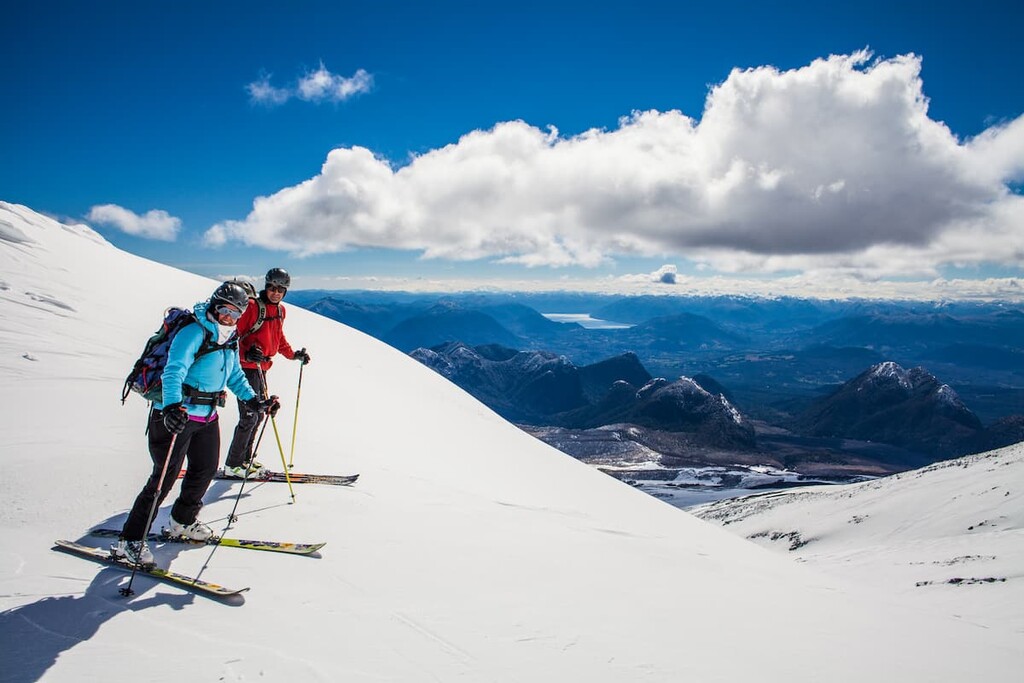 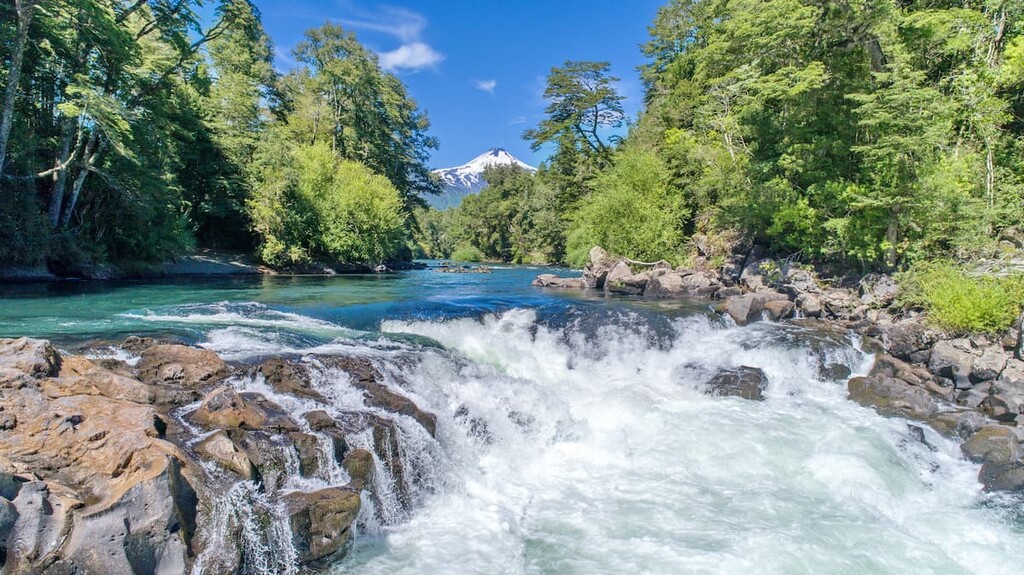 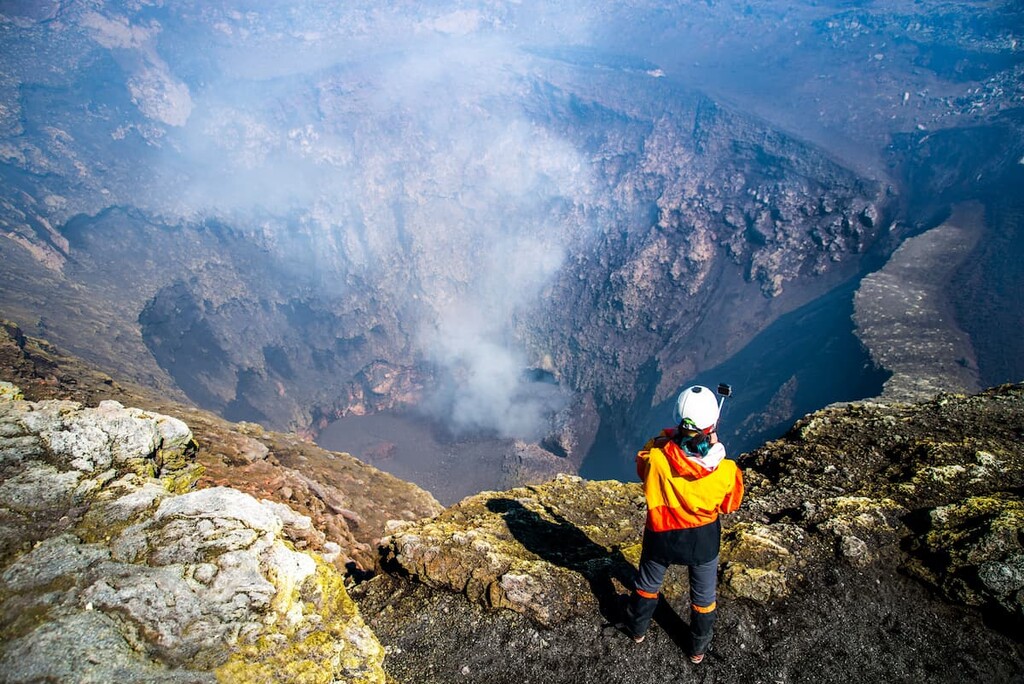