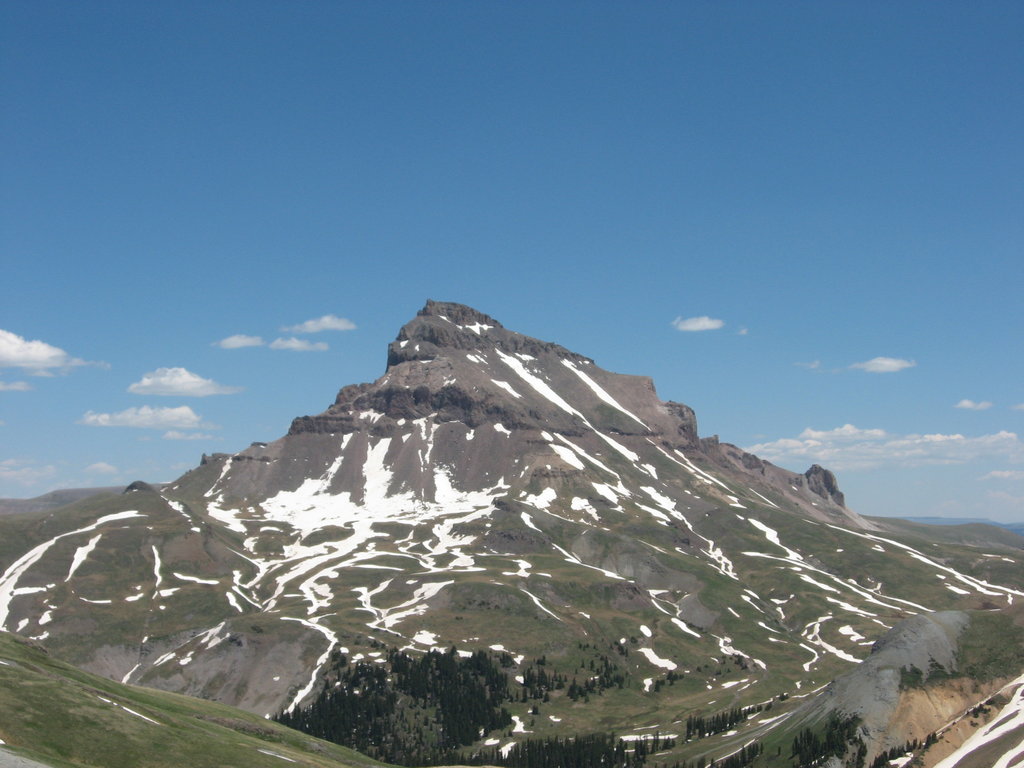 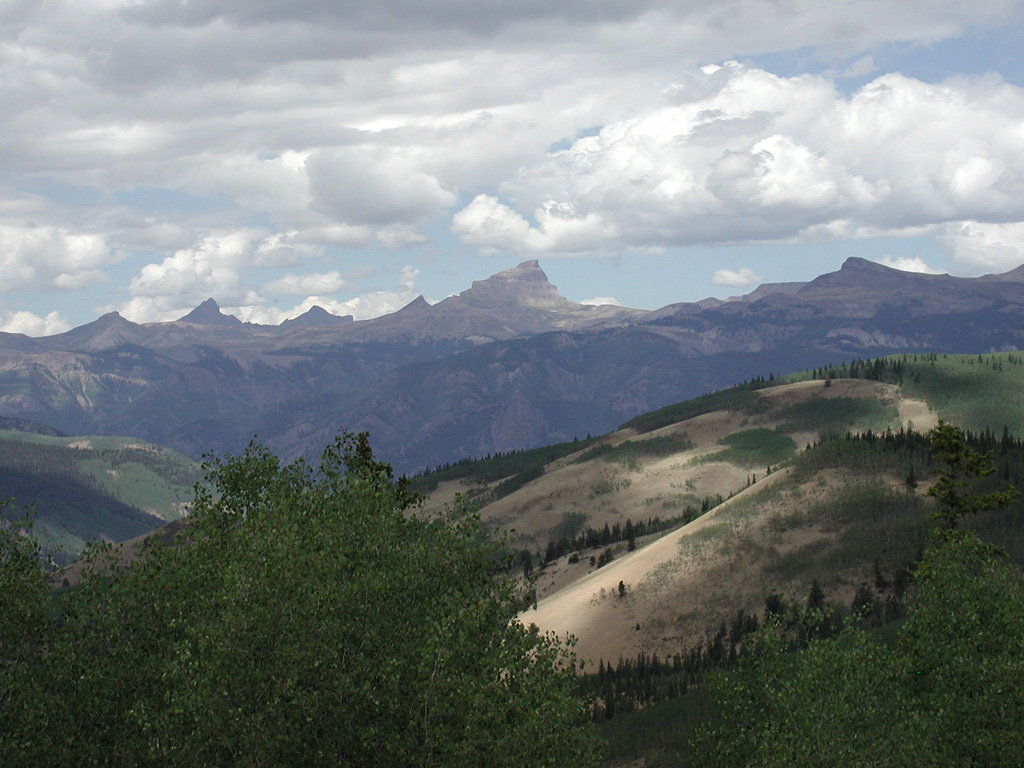 Add photo
4 366 m
Elevation
Elevation is the altitude of a place
above sea level.

1 304 m
Prominence
Peak’s prominence is the least
vertical to be covered to get from the
summit to any other higher terrain.

Uncompahgre Peak (/ənkəmˈpɑːɡreɪ/) is the sixth highest summit of the Rocky Mountains of North America and the U.S. state of Colorado. The prominent 14,321-foot (4365.0 m) fourteener is the highest summit of the San Juan Mountains and the highest point in the drainage basin of the Colorado River and the Gulf of California. It is located in the Uncompahgre Wilderness in the northern San Juans, in northern Hinsdale County approximately 7 miles (11 km) west of the town of Lake City.

Uncompahgre Peak has a broad summit plateau, rising about 1,500 ft (500 m) above the broad surrounding alpine basins. The south, east and west sides are not particularly steep, but the north face boasts a 700 ft (210 m) cliff. Like all peaks in the San Juan Mountains, Uncompahgre is of volcanic origin, but is not a volcano. The rock is of poor quality for climbing, precluding an ascent of the north face.

The most popular route for climbing Uncompahgre Peak is Uncompahgre National Forest Service Trail Number 239, which starts from the end of the Nellie Creek Road, east-southeast of the peak. The Nellie Creek Road is a four wheel drive road accessed from the Henson Creek Road, about 4 miles (6.4 km) west of Lake City. The trail to the summit is a strenuous hike rising 2,919 ft (890 m) in elevation in about 3.5 mi (6 km). It accesses the summit in a winding ascent, starting from the east, passing over a south-trending ridge, and finishing on the west slopes of the summit plateau.

The peak's name comes from the Ute word Uncompaghre, which loosely translates to "dirty water" or "red water spring" and is likely a reference to the many hot springs in the vicinity of Ouray, Colorado.
There's a trail called Uncompahgre Peak Trail 239 leading to the summit.