1 510 m
Elevation
Elevation is the altitude of a place
above sea level.

20 m
Prominence
Peak’s prominence is the least
vertical to be covered to get from the
summit to any other higher terrain.

Location
35.56354 N  -83.732736 W
Spence Field is a mountain highland meadow in the Great Smoky Mountains, located in the Southeastern United States. It has an elevation of 4,920 feet (1,500 m) above sea level. The Appalachian Trail traverses the field, and a backcountry shelter just off the trail provides an overnight stopover for through-hikers.

Like much of the Smokies crest, Spence Field lies along the Tennessee-North Carolina border, between Blount County and Swain County. It rises 3,000 feet (910 m) above Cades Cove to the north and 3,300 feet (1,000 m) above Fontana Lake to the south. The "field" spreads out atop the crest, covering approximately 200 acres (0.8 km²).

Spence Field is a crossroads of sorts of the Western Smokies. The Appalachian Trail crosses the field from east to west, and is joined by the Bote Mountain Trail from the north and the Eagle Creek Trail from the south. The Bote Mountain Trail connects Spence Field with Cades Cove, Little River Road, and Tremont. The Eagle Creek Trail connects Spence with the Benton MacKaye Trail and Fontana Lake. Along the A.T., Thunderhead Mountain is just two miles (3 km) to the east, and Gregory Bald is just over 10 miles (16 km) to the west.

Spence Field is a grassy bald, a type of meadow found in higher elevations in the Appalachian Mountains. Grassy balds are characterized by thick grass and relatively sparse tree coverage. In the late 19th and early 20th centuries, Spence Field was roughly at the center of a 24-mile (39 km) pasture that stretched across the crest of the Western Smokies from Gregory Bald in the west all the way to Silers Bald to the east. Since the establishment of the Great Smoky Mountains National Park in the 1930s, however, wooded plants have started reclaiming much of this stretch, including Spence. The park service currently maintains the grassy balds atop Gregory Bald and Andrews Bald, while allowing the others to return to their natural state. 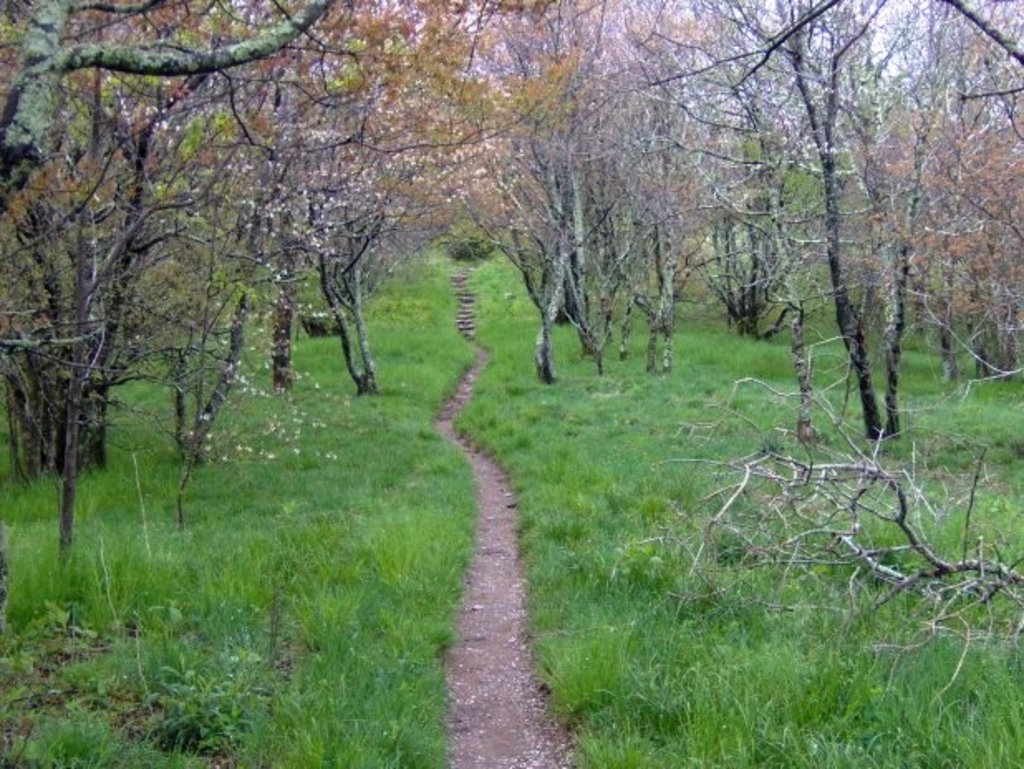 3D View
Spence Field model
Ranges
Parks
Summit Register
See all
Benjamin Pendry
Check out a downloadable 3D model of Spence Field area. A higher resolution model can be found in the PeakVisor mobile app.
Do you have photos of Spence Field or know something about it? Please let us know!