Glacier
A mountain with a glacier on the crests and / or slopes.
Location
48.831163 N  -121.602852 W
Mount Shuksan is a glaciated massif in the North Cascades National Park. Shuksan rises in Whatcom County, Washington immediately to the east of Mount Baker, and 11.6 miles (18.7 km) south of the Canada–US border. The mountain's name Shuksan is derived from the Lummi word [šéqsən], said to mean "high peak". The highest point on the mountain is a three sided peak known as Summit Pyramid.

The mountain is composed of Shuksan greenschist, oceanic basalt that was metamorphosed when the Easton terrane collided with the west coast of North America, approximately 120 million years ago. The mountain is an eroded remnant of a thrust plate formed by the Easton collision.

Mount Shuksan may be one of the most photographed mountains in the Cascade Range. Photographs with its reflection in Picture Lake near Mount Baker Ski Area are particularly common. The Mount Baker Highway, State Route 542, is kept open during the winter to support the ski area; in late summer, the road to Artist Point allows visitors to travel a few miles higher for a closer view of the peak.

Sulphide Creek Falls, one of the tallest waterfalls in North America, plunges off the southeastern flank of Mount Shuksan. There are four other tall waterfalls that spill off Mount Shuksan and neighboring Jagged Ridge and Seahpo Peak, mostly sourced from small snowfields and glaciers.

The traditional name of Mount Shuksan in the Nooksack language is Shéqsan ("high foot") or Ch’ésqen ("golden eagle").

The first ascent of Mount Shuksan is usually attributed to Asahel Curtis and W. Montelius Price on September 7, 1906. However, in a letter to the editor of the Mazamas club journal, C. E. Rusk attributed the first ascent to Joseph Morowits in 1897 and also stated that he would have attempted it in 1903 if he had not been sure that it had already been climbed.
There's a demanding alpine trail (T5) leading to the summit. 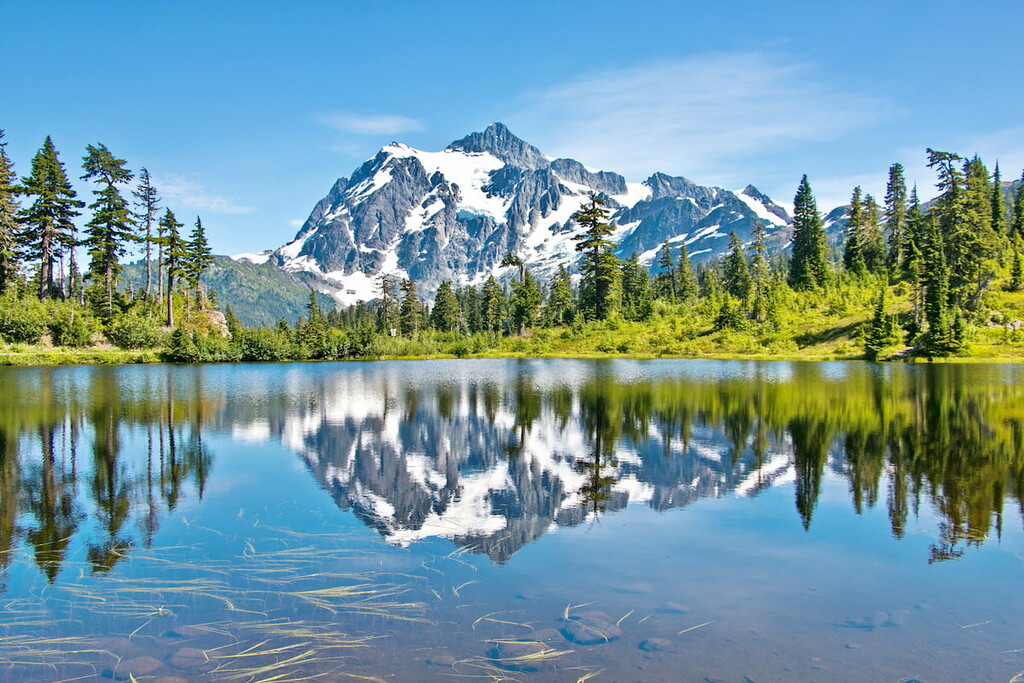 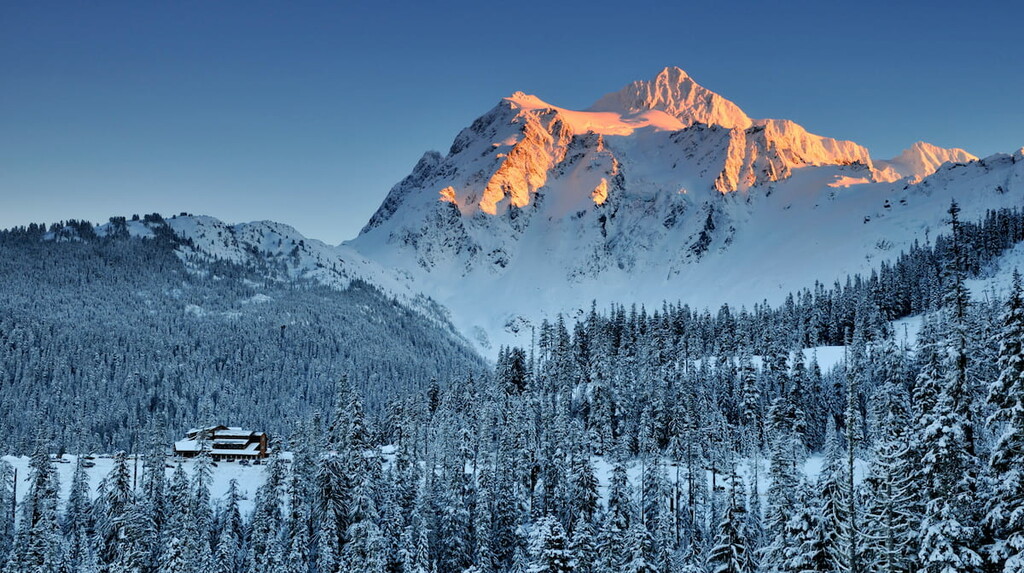 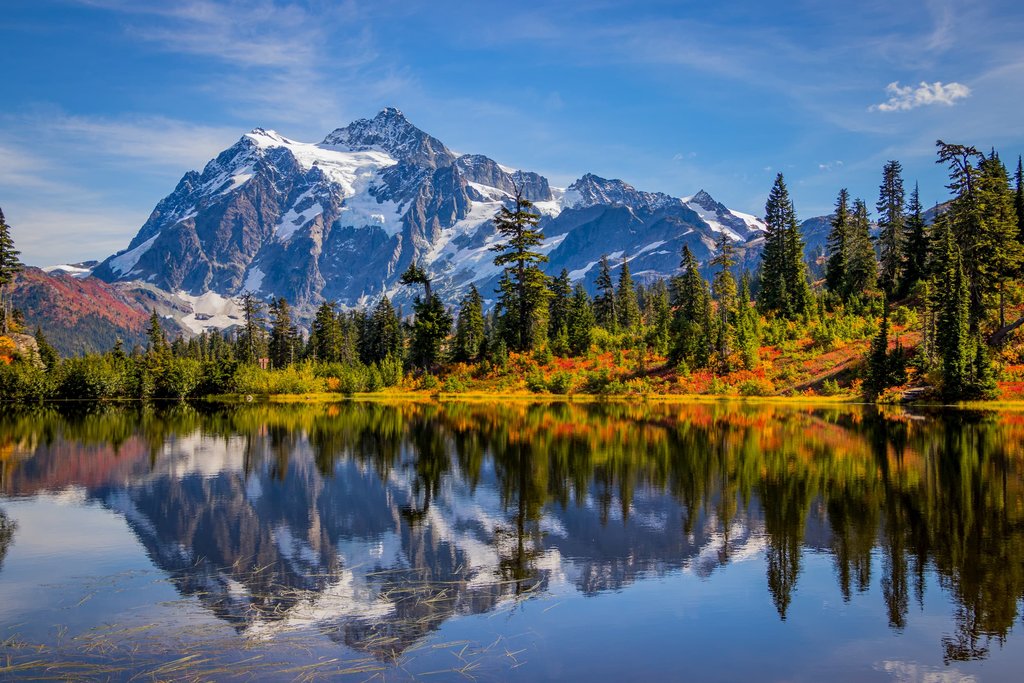 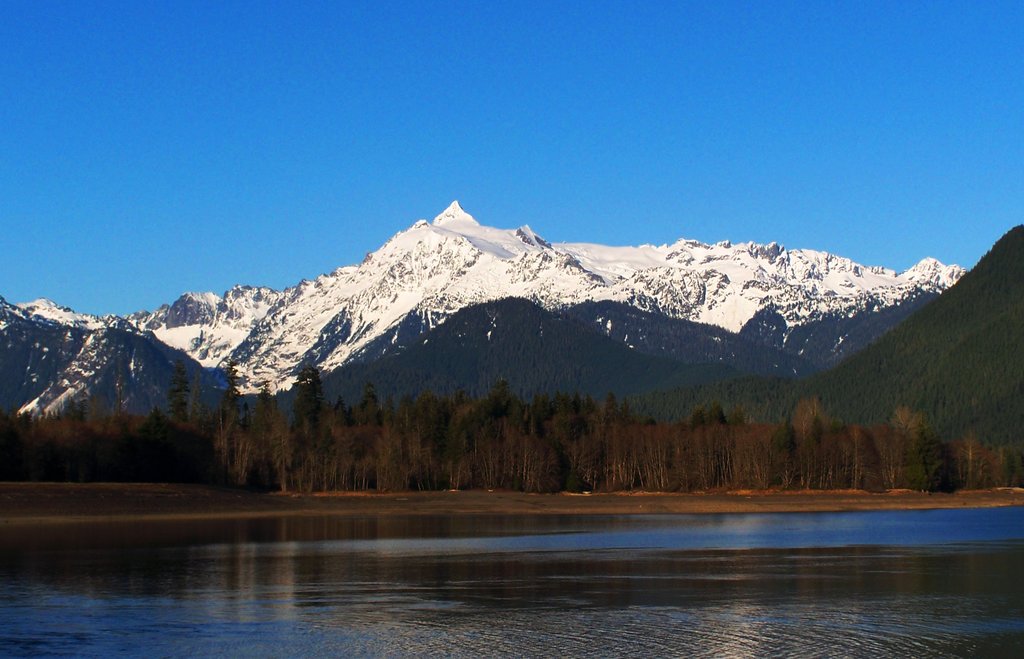 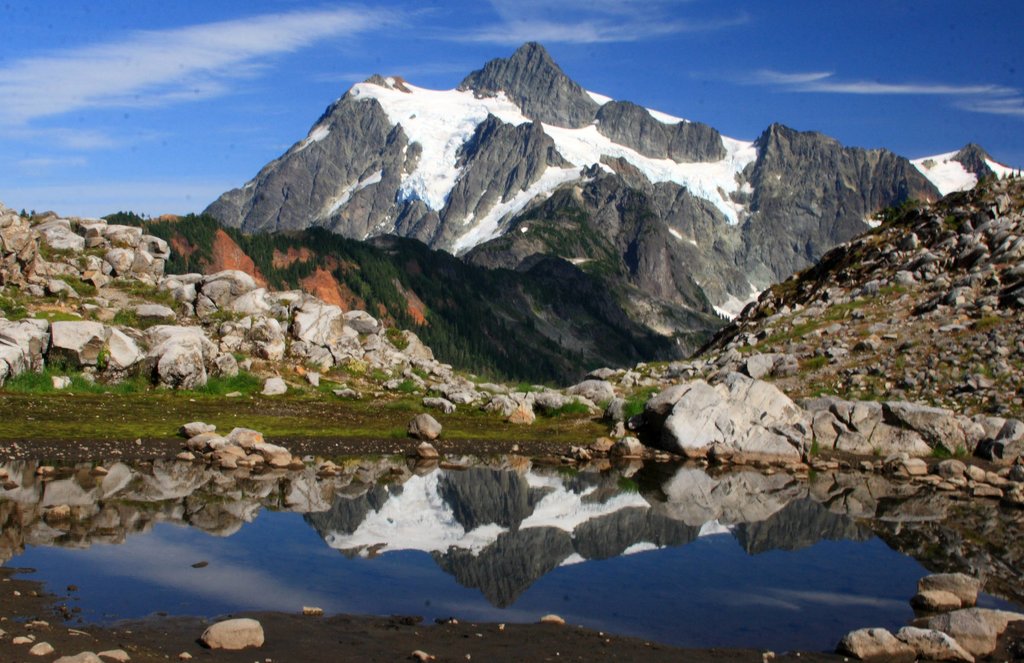