Location
48.142882 N  -121.374509 W
Mount Pugh (or Pugh Mountain, or native name Da Klagwats) is a peak near the western edge of the North Cascades, in Washington state. It is located 12.2 miles (19.6 km) west of Glacier Peak, one of the Cascade stratovolcanoes. It rises out of the confluence of the White Chuck River (on the north) and the Sauk River (on the southwest), giving it very low footings. For example, it rises 6,150 feet (1,875 m) above the Sauk River Valley in just over 2 horizontal miles (3.2 km); its rise over the White Chuck River is almost as dramatic. The mountain is named for John Pugh, who settled nearby, in 1891.

According to Fred Beckey, "Nels Bruseth apparently made the first ascent in 1916". Earlier unrecorded ascents, including possibly much earlier Native American ascents, are possibilities, since the easiest ascent route is non-technical.

The trail to the summit easily negotiable most of the way but the last 1.5 miles (2.4 km) is along a razorback ridge with significant exposure. This is the Northwest Ridge, Trail Number 644, which actually starts in the Sauk River Valley on the southwest side of the mountain. The total elevation gain is almost exactly one mile (5,280 ft or 1,609 m).
There's a trail called Mount Pugh Trail leading to the summit. Mount Pugh is one of the 1 peaks along the Mt. Pugh Trail.

859 m
Prominence
Peak’s prominence is the least
vertical to be covered to get from the
summit to any other higher terrain. 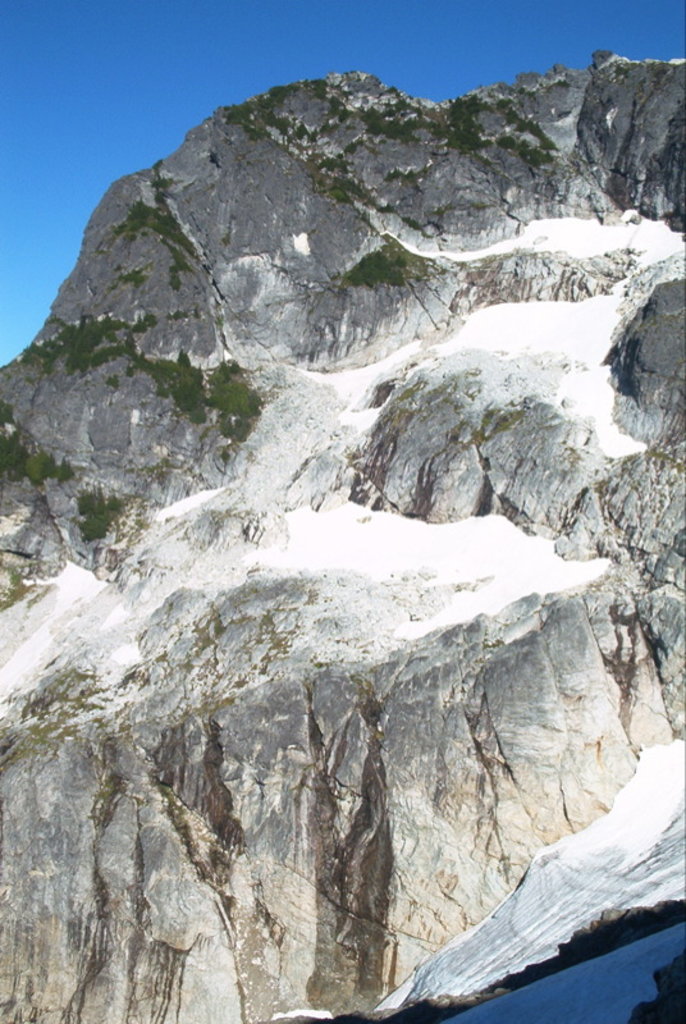