Ultra
Mountains with prominence of 1 ⁠500 ⁠m / 4 ⁠921 ⁠ft or more.
Glacier
A mountain with a glacier on the crests and / or slopes.
Volcano
Most commonly a conical hill or mountain built around a vent that connects with reservoirs of molten rock below the surface of the Earth.
Location
48.111898 N  -121.113671 W
Glacier Peak or Dakobed (known in the Sauk Indian dialect of Lushootseed as "Tda-ko-buh-ba" or "Takobia") is the most isolated of the five major stratovolcanoes (composite volcanoes) of the Cascade Volcanic Arc in the U.S state of Washington. Located in the Glacier Peak Wilderness, the volcano is visible from the west in Seattle, and from the north in the higher areas of eastern suburbs of Vancouver such as Coquitlam and Port Coquitlam. The volcano is the fourth tallest peak in Washington state, and not as much is known about it compared to other volcanoes in the area. Local Native Americans have recognized Glacier Peak and other Washington volcanoes in their histories and stories. When American explorers reached the region, they learned basic information about surrounding landforms, but did not initially understand that Glacier Peak was a volcano. Positioned in Snohomish County, the volcano is only 70 miles (110 km) northeast of Seattle. The only volcano closer to Seattle is Mount Rainier, but as Glacier Peak is set farther into the Cascades and almost 4,000 feet (1,200 m) shorter, it is less noticeable than Mount Rainier.

Glacier Peak is one of the most active of Washington's volcanoes. The volcano formed during the Pleistocene epoch, about one million years ago, and since the most recent ice age, it has produced some of largest and most explosive eruptions in the state. When continental ice sheets retreated from the region, Glacier Peak began to erupt regularly, erupting explosively five times in the past 3,000 years. It has erupted repeatedly during at least six periods; two of these eruptions have been among the largest in Washington.
There's a trail called Disappointment Cleaver/Gerdine Ridge leading to the summit.

2 295 m
Prominence
Peak’s prominence is the least
vertical to be covered to get from the
summit to any other higher terrain. 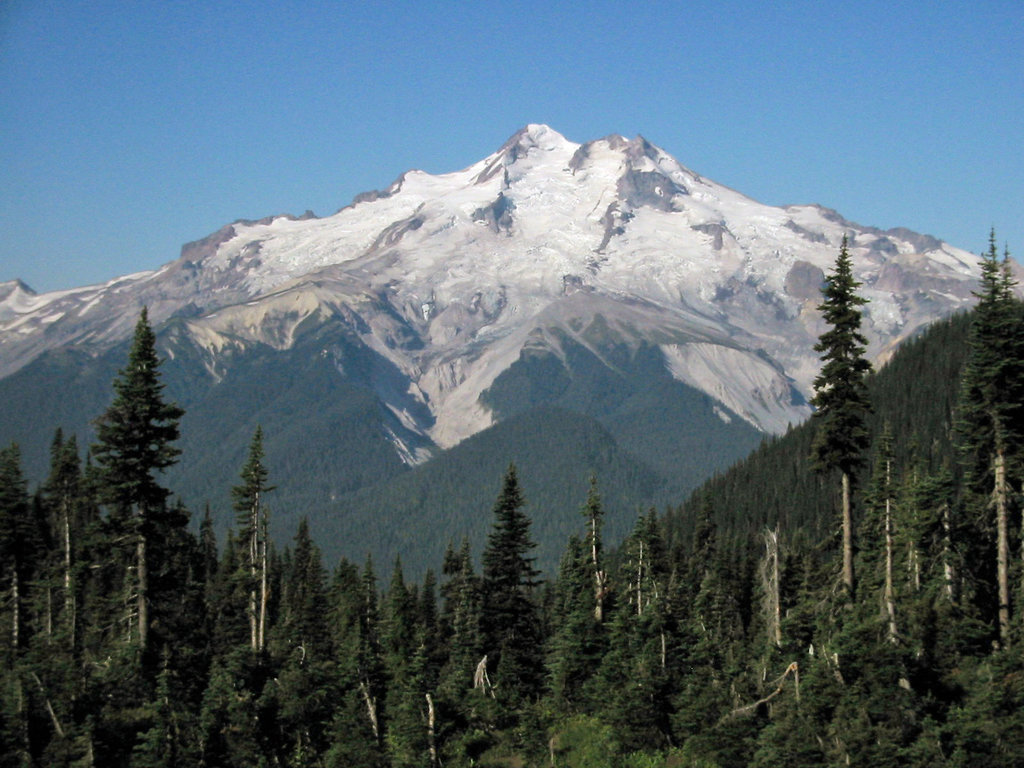 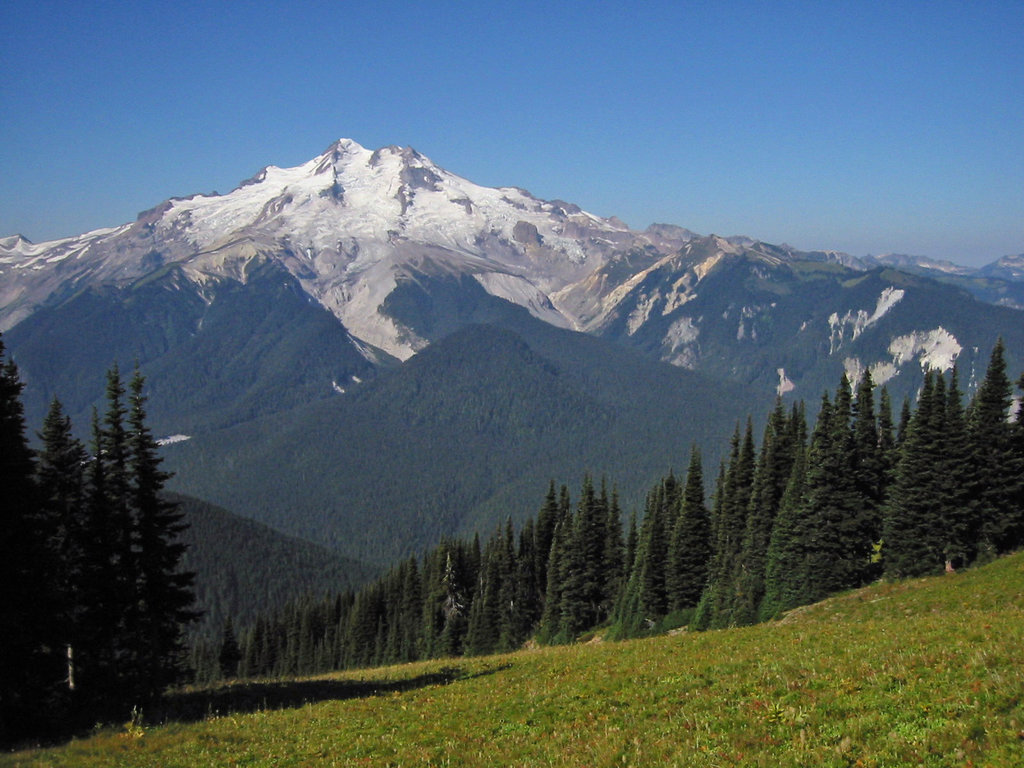 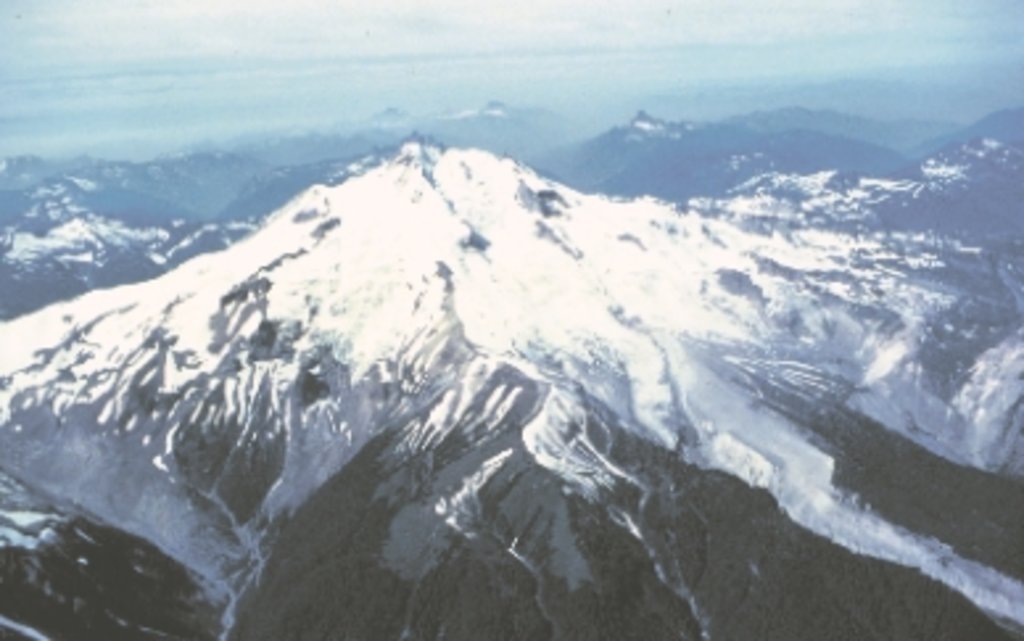 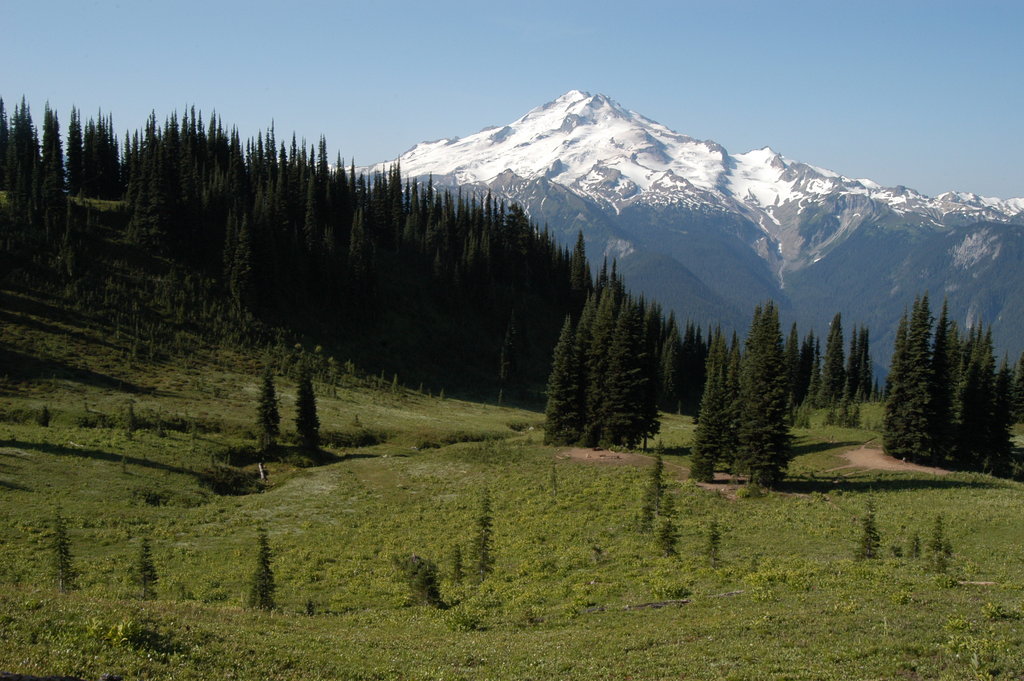