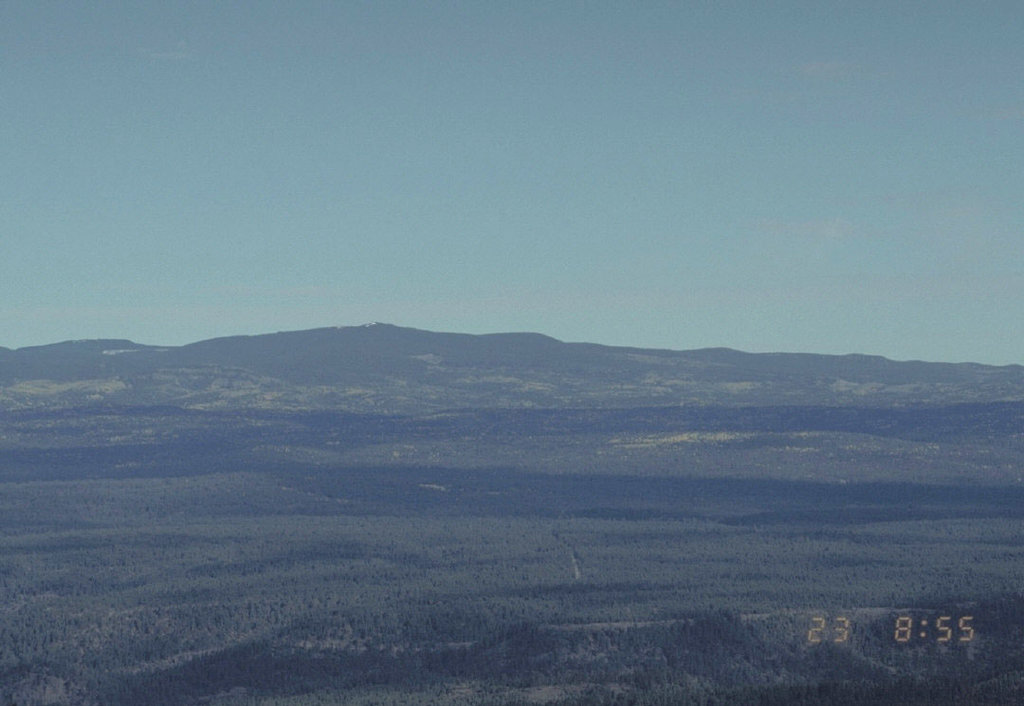 Add photo
3 481 m
Elevation
Elevation is the altitude of a place
above sea level.

1 447 m
Prominence
Peak’s prominence is the least
vertical to be covered to get from the
summit to any other higher terrain.

Mount Baldy (Western Apache: Dził Łigai White Mountain) is a mountain in northeastern Arizona in the United States. It is the highest point in the White Mountains and Apache County. It is the fifth highest point in the state, and the highest outside the San Francisco Peaks in the Flagstaff area. With a summit elevation of 11,409 feet (3,477 m), the peak of Mount Baldy rises above the tree line and is left largely bare of vegetation, lending the mountain its current name.

The summit of Mount Baldy is within the Fort Apache Indian Reservation and is off-limits to hikers without permission. An unnamed sub-peak with an elevation of 10,890 feet (3,319 m) exists approximately 0.5 miles (0.8 km) to the north of the summit that is off reservation and accessible to the public via maintained trail. A third peak, Ord Peak, sits about three miles northwest of Baldy Peak, not to be confused with Mount Ord (Apache County, Arizona).

When Captain George M. Wheeler visited the mountaintop in 1873, he described the view as "The most magnificent and effective of any among the large number that have come under my observation". Wheeler named the mountain Mount Thomas after General Lorenzo Thomas, who fought in the Mexican–American War. It later became Mount Baldy. The name Mount Thomas has been assigned to a nearby peak by the U.S. Geological Survey.

Mount Baldy also contains the headwaters of the Little Colorado River and Salt River and produces the most abundant trout fishing streams in Arizona. No other mountain in Arizona produces as many rivers and streams. Along its slope are numerous man made lakes. The area around Mount Baldy also averages the most abundant precipitation in Arizona. Wildlife is abundant on the mountain and includes the recently introduced Mexican Grey Wolf.