3 618 m
Elevation
Elevation is the altitude of a place
above sea level.

1 956 m
Prominence
Peak’s prominence is the least
vertical to be covered to get from the
summit to any other higher terrain.

At 3,618 m (11,870 ft), it is the highest peak in the Southern Continental Ranges of the Canadian Rockies. Mt. Assiniboine rises nearly 1,525 m (5,003 ft) above Lake Magog. Because of its resemblance to the Matterhorn in the Alps, it is nicknamed the "Matterhorn of the Rockies".

Mt. Assiniboine was named by George M. Dawson in 1885. When Dawson saw Mt. Assiniboine from Copper Mountain, he saw a plume of clouds trailing away from the top. This reminded him of the plumes of smoke emanating from the teepees of Assiniboine Indians.

Mt. Assiniboine lies on the border between Mount Assiniboine Provincial Park, in British Columbia, and Banff National Park, in Alberta. The park does not have any roads and thus can only be reached by a six-hour hike 27 km (17 mi), three-hour bike ride (now disallowed to reduce human / grizzly encounters) or helicopter. The usual approach is via Bryant Creek. From Canmore follow the Smith-Dorien road to the Mount Shark parking lot. The trail is well signed. A helipad is also here.
There's a trail called Mount Assiniboine Route leading to the summit. 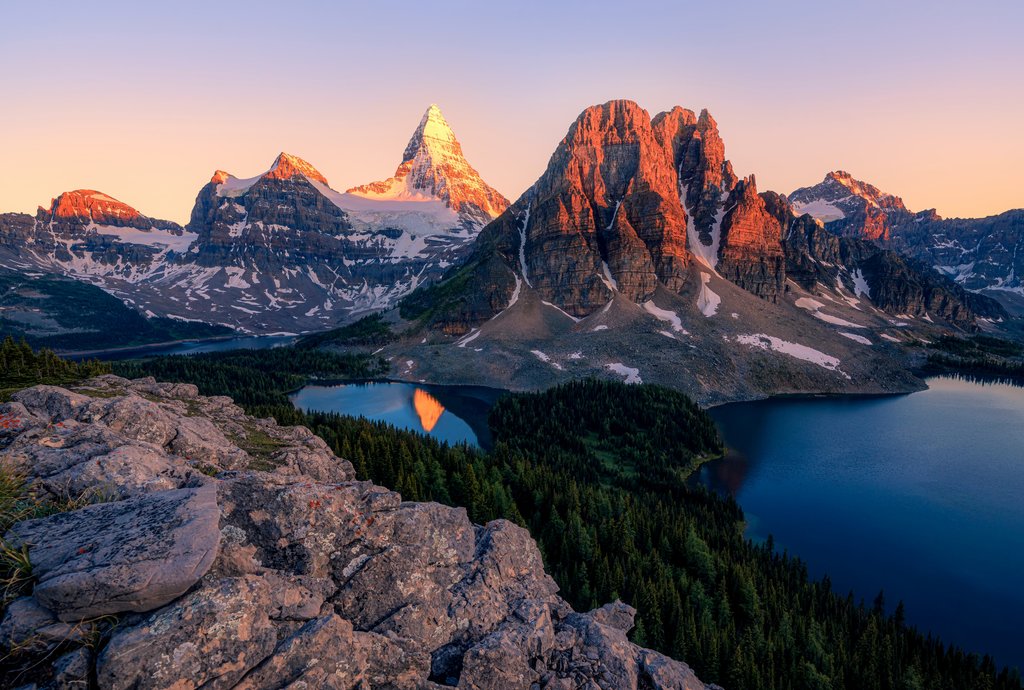 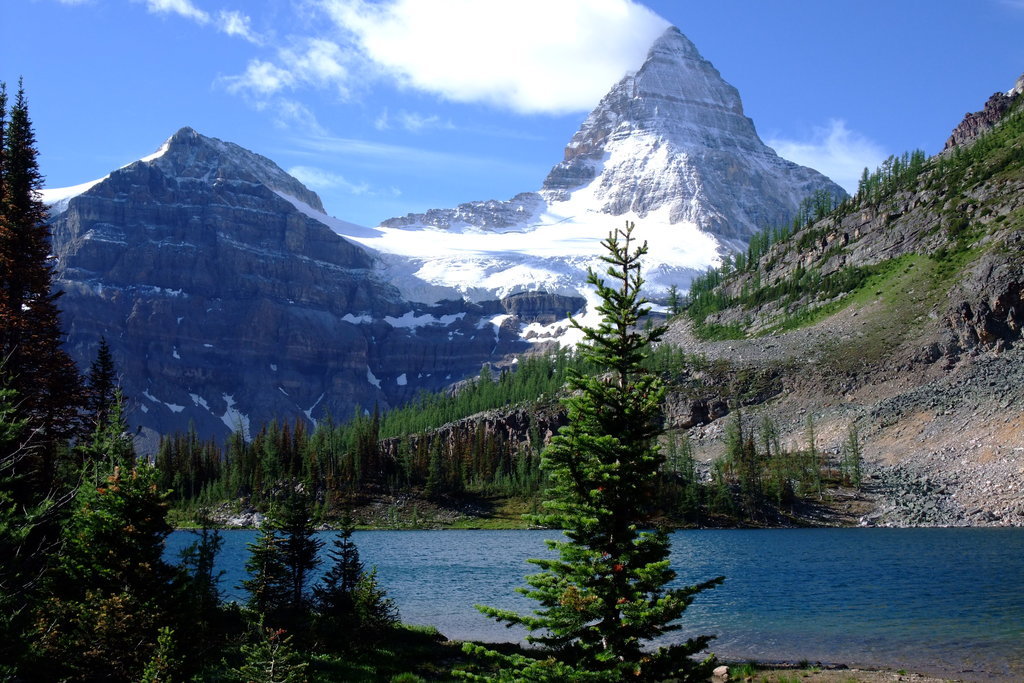 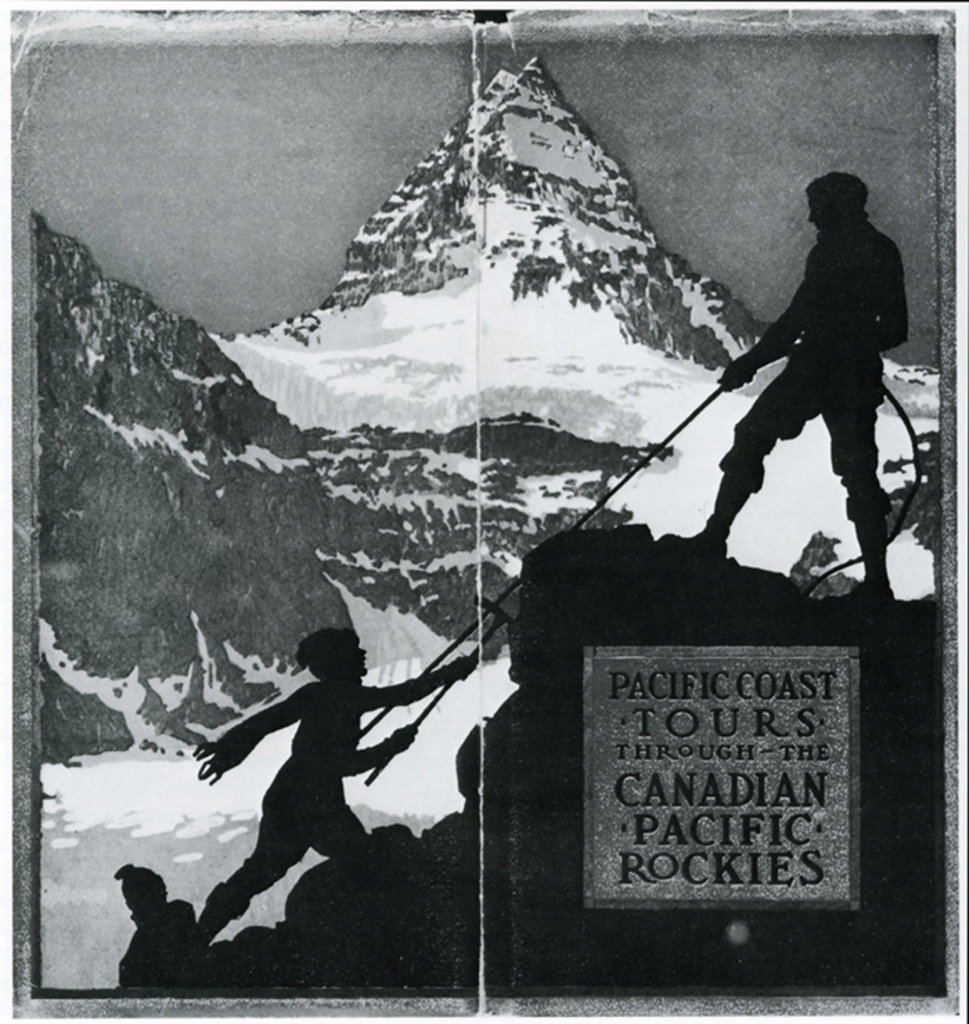 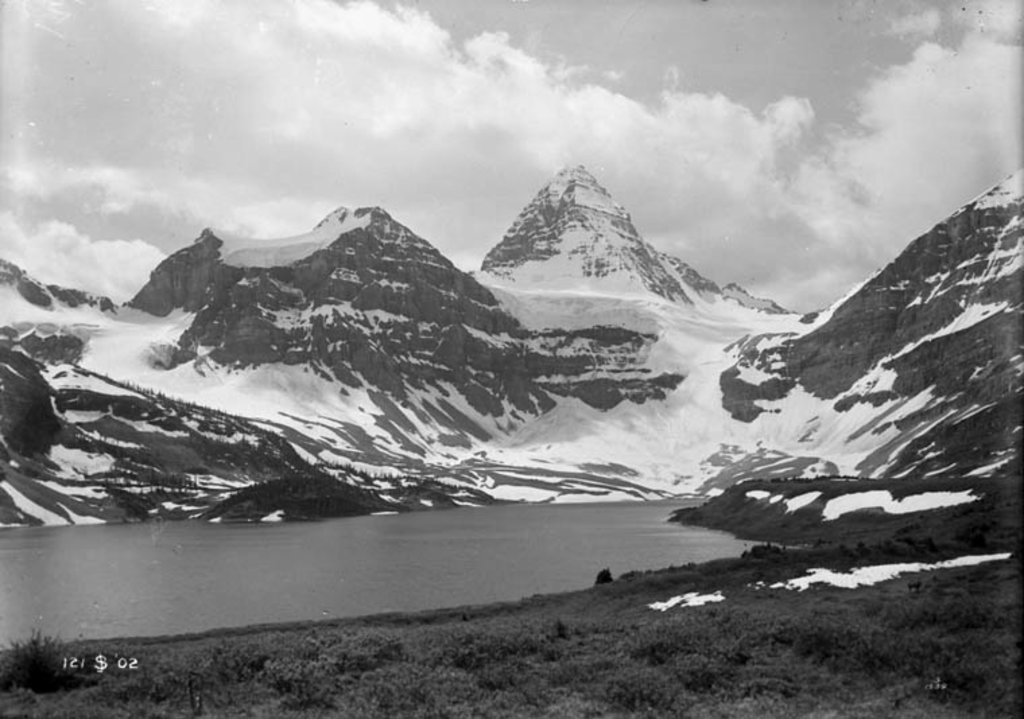 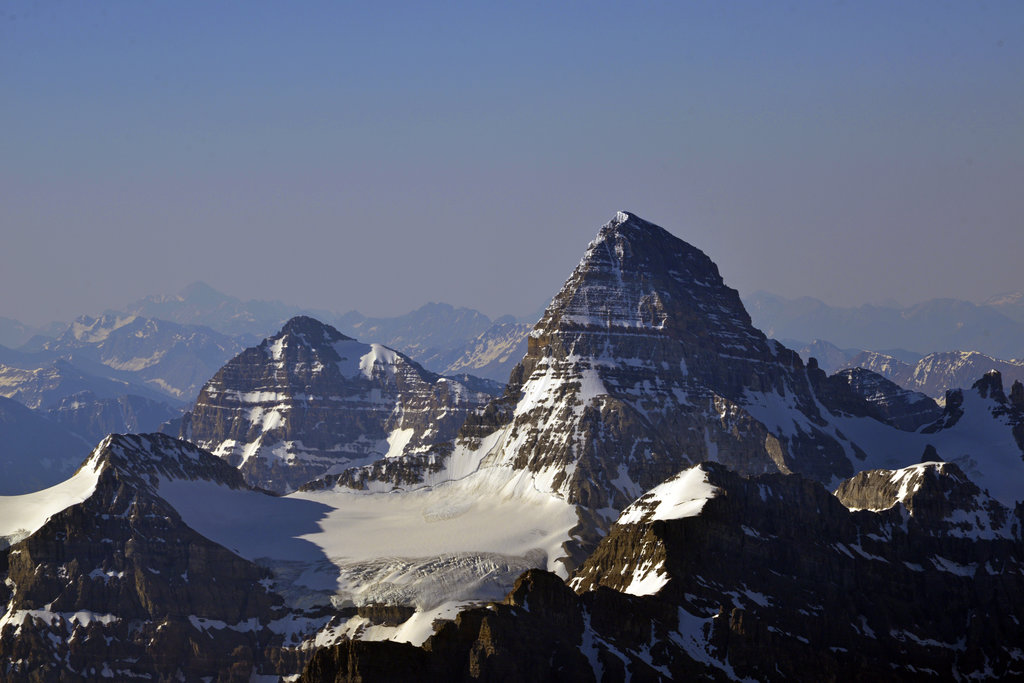