3 296 m
Elevation
Elevation is the altitude of a place
above sea level.

1 218 m
Prominence
Peak’s prominence is the least
vertical to be covered to get from the
summit to any other higher terrain.

Proportional Prominence 2 382 m
Location
51.812445 N  -116.681194 W
Howse Peak is the highest mountain in the Waputik Mountains, a subrange of the Canadian Rockies. It is located 5 km (3 mi) west of the Icefields Parkway, above Chephren Lake, on the continental divide between Alberta and British Columbia. It is the 46th highest peak in Alberta, and the 59th highest in British Columbia.

Howse Peak's name comes from Howse Pass, which lies 5 km (3 mi) to the west. The pass was named by David Thompson, after the Hudson's Bay Company trader Joseph Howse, who crossed the pass in 1809. (Thompson had actually crossed the pass two years earlier.) 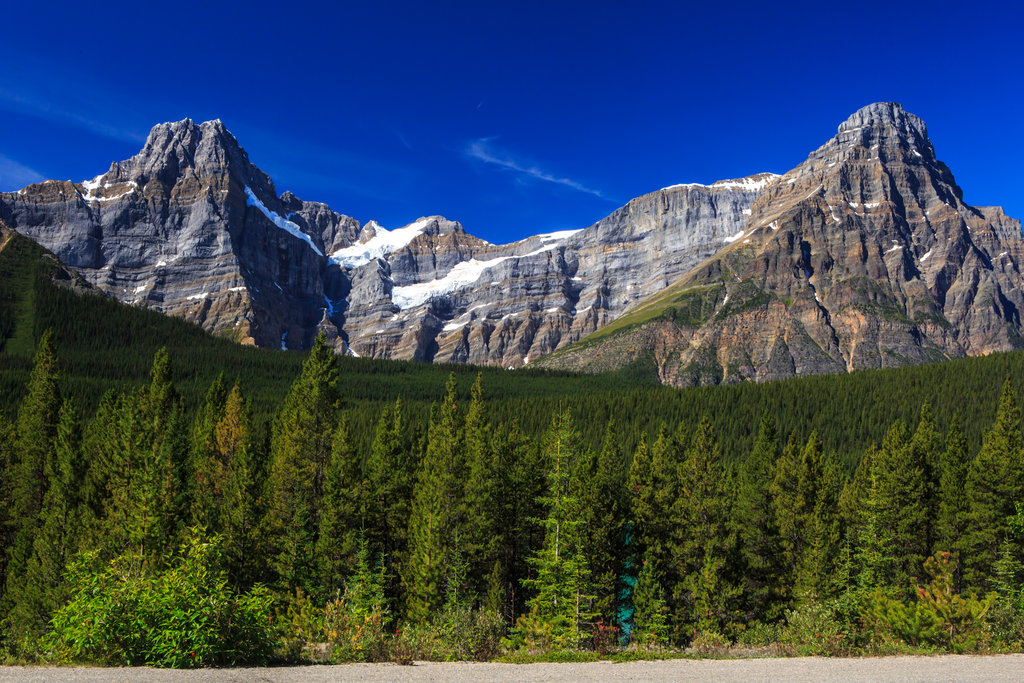