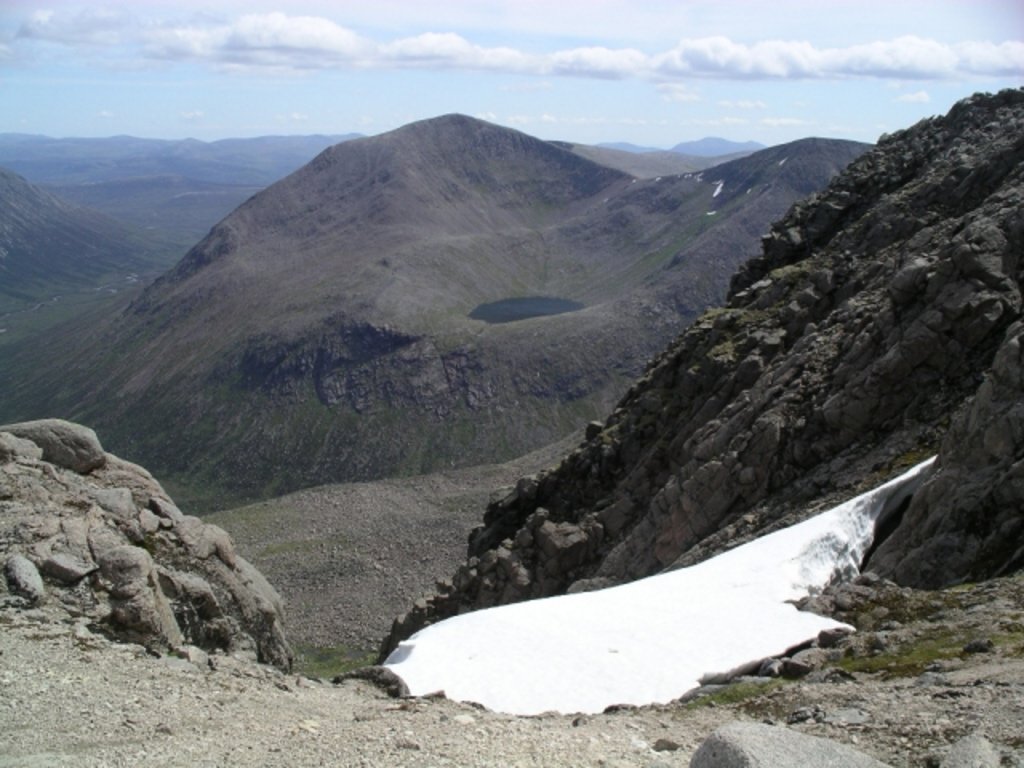 Add photo
1 291 m
Elevation
Elevation is the altitude of a place
above sea level.

171 m
Prominence
Peak’s prominence is the least
vertical to be covered to get from the
summit to any other higher terrain.

Cairn Toul (from the Gaelic Càrn an t-Sabhail, 'Hill of the barn') is the fourth highest mountain in Scotland, surpassed only by Ben Nevis, Ben Macdui and Braeriach. It is the second highest point in the western massif of the Cairngorms, linked by a bealach at about 1125 m above sea level to Braeriach.

The mountain towers above the western side pass of the Lairig Ghru.

Cairn Toul is often climbed in conjunction with other peaks. From the south, it may be combined with The Devil's Point, which lies about 2.5 kilometres south-southeast. Alternatively, it may be climbed from the north, including Braeriach and Sgor an Lochain Uaine. Both routes are long days by Scottish standards: around 15 km (plus return) regardless of whether one starts from Coire Cas above Speyside, or Linn of Dee to the south.

The mountain may also be climbed from the west, starting from Achlean in Glen Feshie. This provides for a slighter shorter route (around 27 km for the round trip), though the walker must negotiate a large expanse of undulating boggy plateau in order to reach the Breariach-Cairn Toul massif.

There is a bothy, Corrour, at the point below Cairn Toul in the defile of the Lairig Ghru.