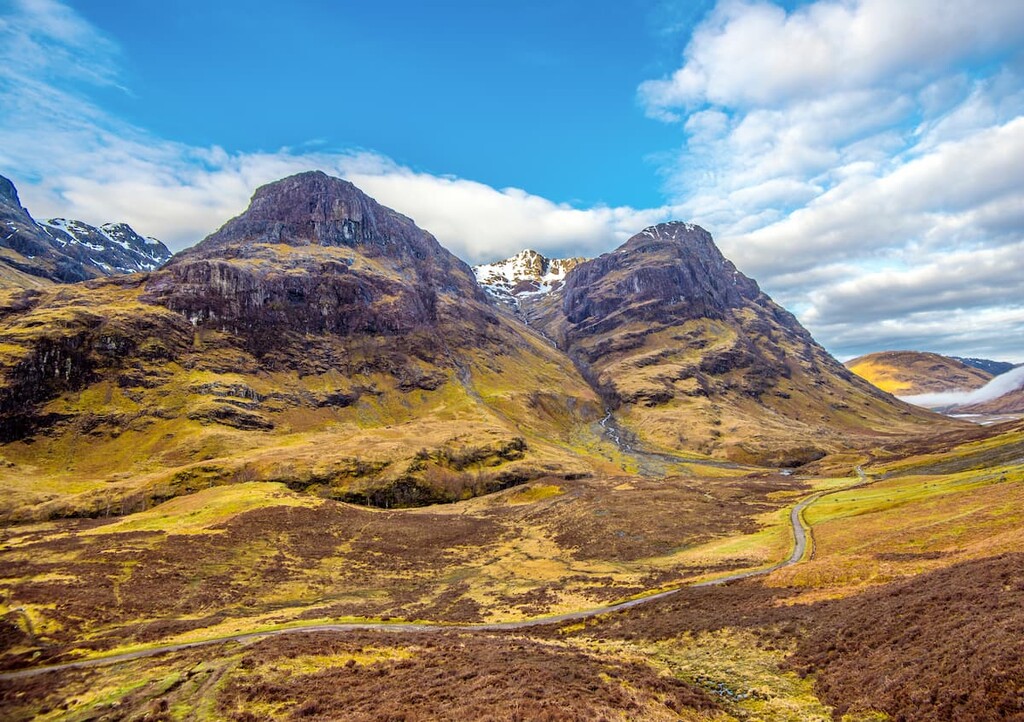 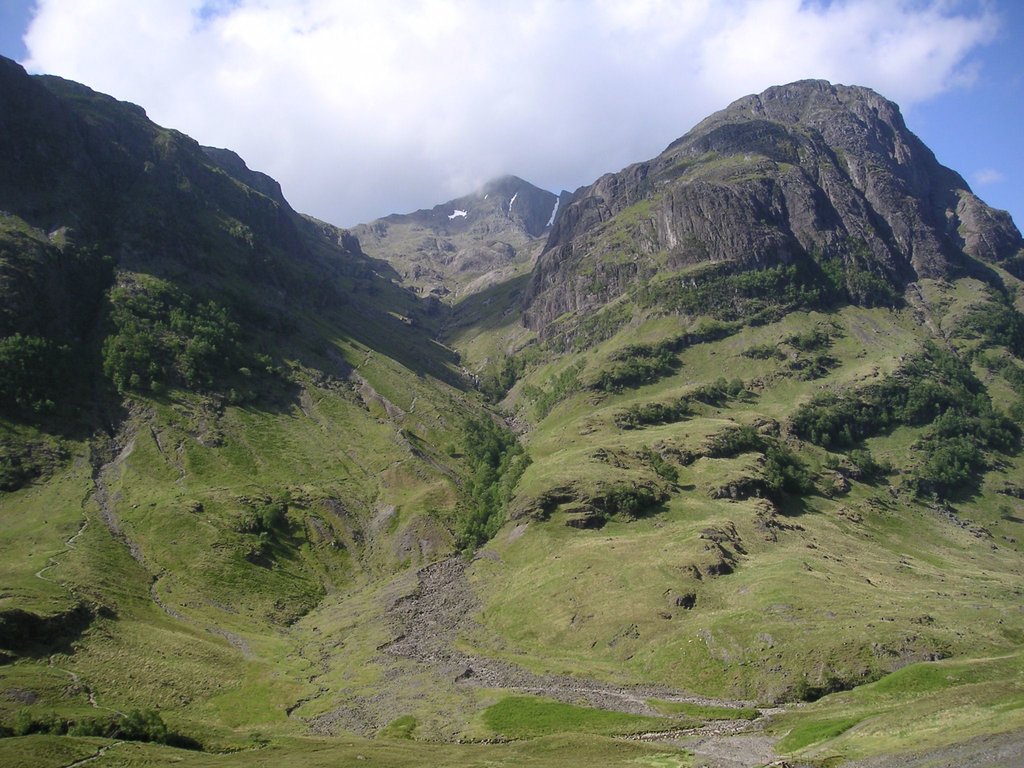 Show 2 photos
Add photo
1 150 m
Elevation
Elevation is the altitude of a place
above sea level.

845 m
Prominence
Peak’s prominence is the least
vertical to be covered to get from the
summit to any other higher terrain.

Bidean nam Bian, lying to the south of Glen Coe, Highland, Scotland, is the highest point in the former county of Argyll. It is a complex mountain, with many ridges and subsidiary peaks, one of which, Stob Coire Sgreamhach, is classified as a separate Munro.

The most noticeable features of Bidean nam Bian are the famous Three Sisters of Glen Coe, three steeply-sided ridges that extend north into the Glen. Two of the sisters, Gearr Aonach (Short Ridge) and Aonach Dubh (Black Ridge) converge at Stob Coire nan Lochan, a 1,115 m (3,658 feet) subsidiary peak of Bidean nam Bian that lies about 1 km to the northeast of the actual summit. The final, most easterly sister, Beinn Fhada (Long Hill), joins the Bidean nam Bian massif at the summit of Stob Coire Sgreamhach.

Beinn Fhada is separated from Gearr Aonach by a glen known as Coire Gabhail. This can translate to Glen of Capture, however the glen is more normally known as the Hidden or Lost Valley, as it has a wide flat area concealed from Glen Coe by the landslip which blocked the entrance and allowed a loch to form. The valley was used by Clan Macdonald to hide their livestock from raiders, or hide cattle they themselves had stolen. The steep rough path up from Glen Coe skirts a wooded ravine, and is a popular short walk (around 4 kilometres (2.5 mi) in total), though it involves a river crossing and some rocky sections.
There's an alpine trail (T4) leading to the summit.