2 960 m
Elevation
Elevation is the altitude of a place
above sea level.

977 m
Prominence
Peak’s prominence is the least
vertical to be covered to get from the
summit to any other higher terrain.

Ben Lomond stands out along the Wasatch Front because the mountain range appears to run east and west along the Wasatch Range, while most mountains appear to run south and north. Two miles northwest of Ben Lomond is Willard Peak, with an elevation of 9,764 feet (2,976 m). Northwest of Willard Peak is Inspiration Point. A dirt road travels 14 miles (23 km) from Mantua, Utah to Inspiration Point. The road is usually not passable until July due to deep snow that resists melting due to the area's northern exposure. Atop Inspiration Point on a clear day, one can see Salt Lake City to the south, Willard Bay and the Great Salt Lake to the west, and the city of Logan, Utah to the northeast.

Ben Lomond was named after the mountain Ben Lomond in the Scottish Highlands. Mary Wilson Montgomery an early settler thought the mountain range resembled the Munro.

According to some sources, the Paramount Pictures logo, known as Majestic Mountain, was modeled after Ben Lomond. It is said that William W. Hodkinson, the founder of Paramount and a native of the Ogden area, initially drew the image on a napkin during a meeting in 1914.
There's a trail leading to the summit. 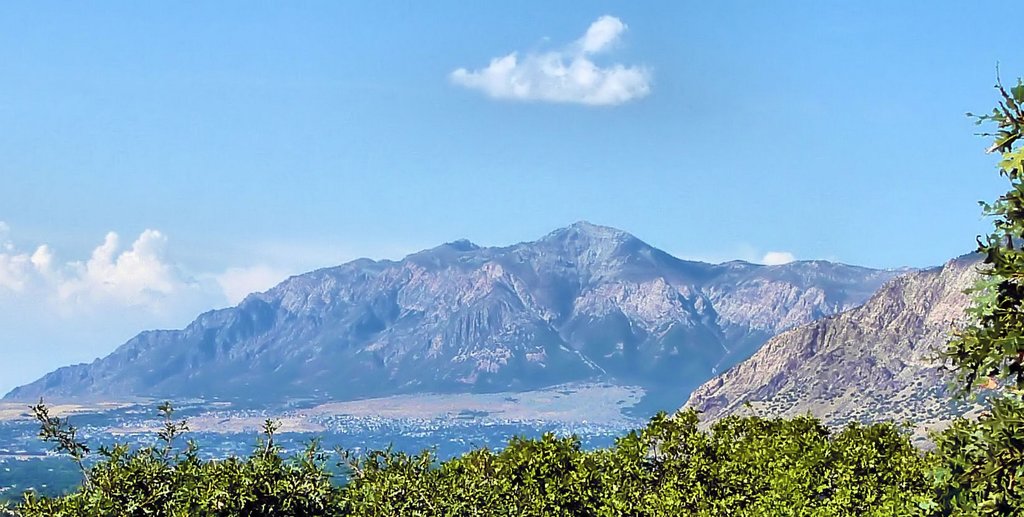