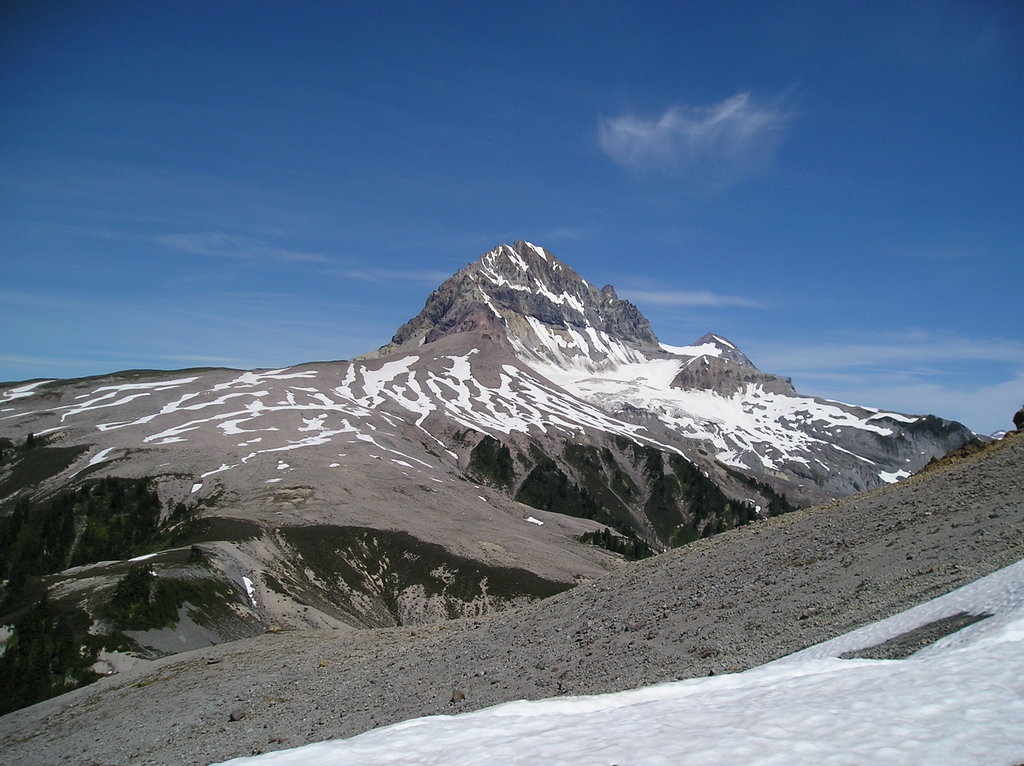 Add photo
2 655 m
Elevation
Elevation is the altitude of a place
above sea level.

145 m
Prominence
Peak’s prominence is the least
vertical to be covered to get from the
summit to any other higher terrain.

Proportional Prominence 1 865 m
Volcano
Most commonly a conical hill or mountain built around a vent that connects with reservoirs of molten rock below the surface of the Earth.
Location
49.841946 N  -123.008027 W

Atwell Peak is a dramatic pyramid shaped volcanic peak located at the southern edge of Mount Garibaldi, British Columbia, Canada. Atwell Peak was formed during an initial period of volcanism 0.51-0.22 million years ago and was the source of many pyroclastic flows during Garibaldi's development. Frequent landslides on its west face drops steeply into the Cheekye River. Atwell Peak is often mistakenly called Mount Garibaldi when viewed from Squamish, since the main peak is hidden. The peak is usually climbed during winter or early spring when the rock is frozen because it is very loose and rotten. Atwell Peak contains three ridges, the north, east, and south. The two most visible routes are the north and south ridges.

Atwell Peak consists of three ridges, the north, east, and south. The east ridge connects with the north ridge about 100 horizontal metres north of the summit. All ridges, with the possible exception of the upper east ridge, are sharp and heavily corniced in winter and spring. The north ridge is the shortest climbing route. Several gullies on the southeast face offer moderate routes that eventually join one of the three ridges. The northeast face is the shortest of the peak's faces but has many bergschrunds.