The park itself covers a total of 858.83 square kilometers (331.60 sq. miles) between Alpujarra and the Lecrin Valley. Formally declared a national park on 14 January 1999, Sierra Nevada National Park is the largest national park in all of Spain. 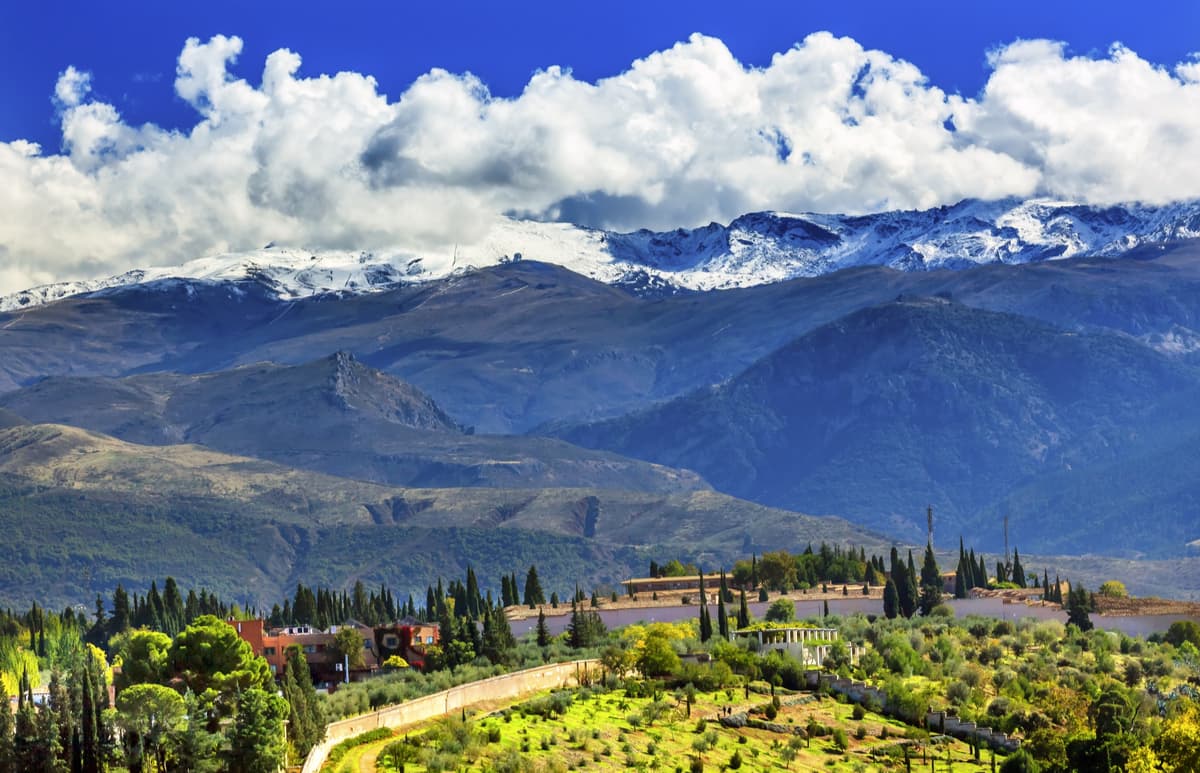 Sierra Nevada National Park encompasses a significant amount of the Sierra Nevada mountains, from which it got its name. The mountains of the Sierra Nevada are part of the greater Andalucian Ranges, which extend out of Andalucia and cover a broad area in southern Spain, including parts of the autonomous communities of Extremadura, Castille-La Mancha, and Murcia.

The peaks within Sierra Nevada Park are some of the highest in the entire Andalucian Ranges. In fact, Sierra Nevada National Park is home to 75 named peaks, the highest and most prominent of which - Pico de Mulhacén (3,478m/11,413ft) - is the highest not only in the national park, but in the entire Iberian Peninsula, which includes Spain, Portugal, a small section of southern France, Andorra, and Gibraltar. Indeed, Mulhacén is the highest peak in all of Europe, outside the Caucasus Mountains and the Alps.

With over 20 peaks higher than 3,000 meters, the mountains within Sierra Nevada National Park are some of the most dramatic in all of Spain. The rivers that run through the mountains on their northern faces drain into the River Guadalquivir, the second-longest river wholly contained in Spain. The river is one of the most important in all of Spain, having been used for navigation since at least the time of the Phoenicians and, later, the Romans.

While Spain is a highly mountainous country, Sierra Nevada National Park is located in a fairly isolated location in the south of Europe. Subsequently, there are over 60 endemic plant species within the Sierra Nevada that are found nowhere else on earth.

Sierra Nevada National Park is also home to a healthy population of Spanish ibex, as well as an abundance of wild boar, wildcats, badgers, and martens. There are also a number of great bird species in the area for the ornithologists among us, including the Golden Eagle, Eurasian Eagle-owl, and the Bonelli’s Eagle. As a result of this biological diversity, the Sierra Nevada are part of a UNESCO-recognized biosphere reserve in Southern Spain.

Outside of flora and fauna, Sierra Nevada National Park is a very popular destination for outdoor recreation. La Estación de Esquí, Snowboard y Montaña de Sierra Nevada (Sierra Nevada Ski Station) is located within the national park. The Ski Station is the southernmost ski resort in all of Europe and has hosted the FIS Ski World Championships on a number of occasions.

Thanks to the high elevation of the peaks in the Sierra Nevada, snow cover generally blankets the area from November to May. However, during the summer months, there are plenty of opportunities for hiking in the region. Additionally, there are quite a few refugios, or mountain cabins, within the park that are available for overnight stays for hikers, so there’s plenty of adventure to be had in Sierra Nevada National Park.

Sierra Nevada National Park is an incredibly popular hiking destination for people in the southern part of Spain. Since the park covers a vast area, though, it is possible to find some peace and solitude on a hike. Here are some of your options:

As the highest peak in Spain and all of the Iberian Peninsula, hiking Mulhacén is a must-do for the more adventurous among us. There are four standard routes that take you to the top of Mulhacén, three of which start in the Alpujarras to the south of the mountain.

Thankfully, each of these routes offers a different degree of difficulty, so most casual hikers can reach the summit if they are keen. If you’re interested in spending a night out in a Refugio, the routes from Capileira, Trevelez, and Granada will be your best bet.

Otherwise, in the summer months, there is a bus service (pre-booking is essential) that will drive you from Capileira to the Mirador Trevelez, some 2,700m (8,858ft) up the mountain. From there, it’s just a few hours’ hike to the summit via the South Ridge.

The GR7 is a long-distance walking trail that traverses Spain, Andorra, and France. The 1900km (1180 mi) portion of the trail in Spain runs from Tarifa to the Catalonia/Andorra border. From there, the path continues through Andorra and continues for 1,400km (869 mi) through France’s Cevennes region and onward into Alsace.

The portion of the trail in the Sierra Nevada is incredibly popular as it links a number of small, yet scenic Spanish villages. The 14km (8.6mi) section of the trail that connects Trevélez and Busquístar is one of the most beautiful portions of the GR7 in the Sierra Nevada that can be hiked in a day. You can even continue on from Busquístar to Capileira for an extra 11km (6.8mi) of walking.

As one of the longest loop hikes in the Sierra Nevada, the Vereda de la Estrella is a 22.5km (13.98mi) long path that climbs up out of the valley for about 1,000m (3,280ft) to some amazing views. The trail is quite challenging in sections and can take upwards of 7 or 8 hours to complete. Along the way, though, you’re treated to stunning views of Mulhacén, Veleta, and Alcazaba, which make the effort worth it in the end.

While Sierra Nevada National Park is highly mountainous, it is not very remote, which means there are plenty of great cities and towns to stay in during your trip. Here are some of the main cities to check out:

The city of Granada is the capital of the Spanish province of the same name. The city itself is home to over 230,000 people and is located at the foot of the western edge of the Sierra Nevada. Granada is very close to the Sierra Nevada Ski Station and has an international airport with good connections to the surrounding area.

Málaga is the second-largest city in Andalusia, after Sevilla, and is home to over 570,000 people. The city sits on the Costa del Sol, along the Mediterranean, and is just three hours by car to the Sierra Nevada. One of the oldest cities in Europe, Málaga is a fantastic place to visit, whether you’re interested in arts, history, or just lounging on the beach. Plus, the city is home to a bustling airport with great connections to the rest of Europe.

Almería is a major Spanish city in Andalusia that is located along the Mediterranian. The city is home to almost 200,000 people and is located just an hour or so to the southeast of Sierra Nevada National Park. Almería is a major port city with ferry connections to Melilla, Algeria, and Morocco. The city is also home to an airport that services flights to major cities in Spain and Western Europe. 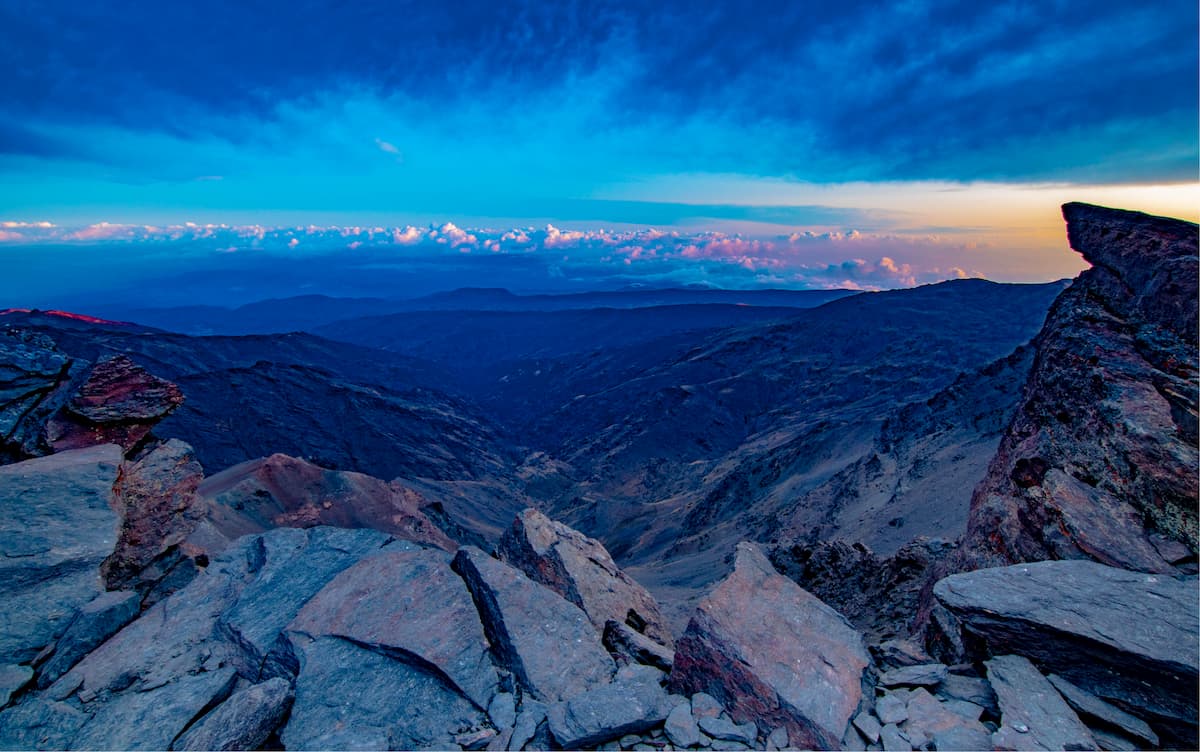 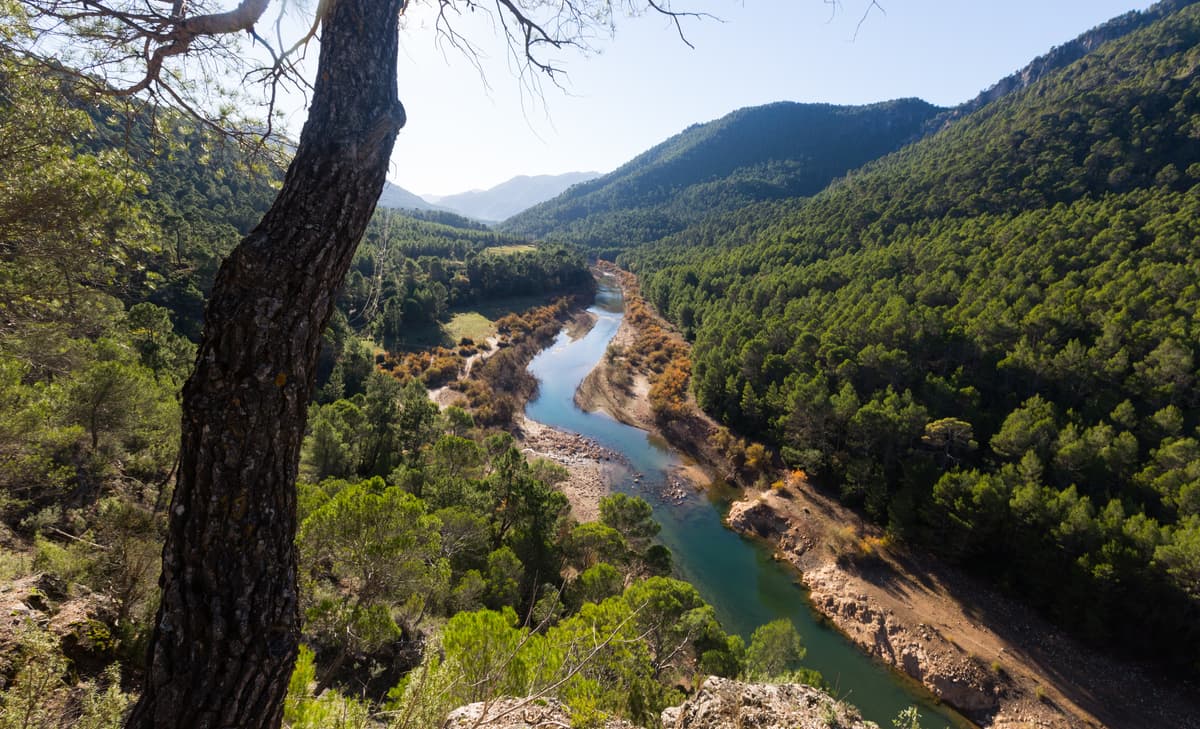 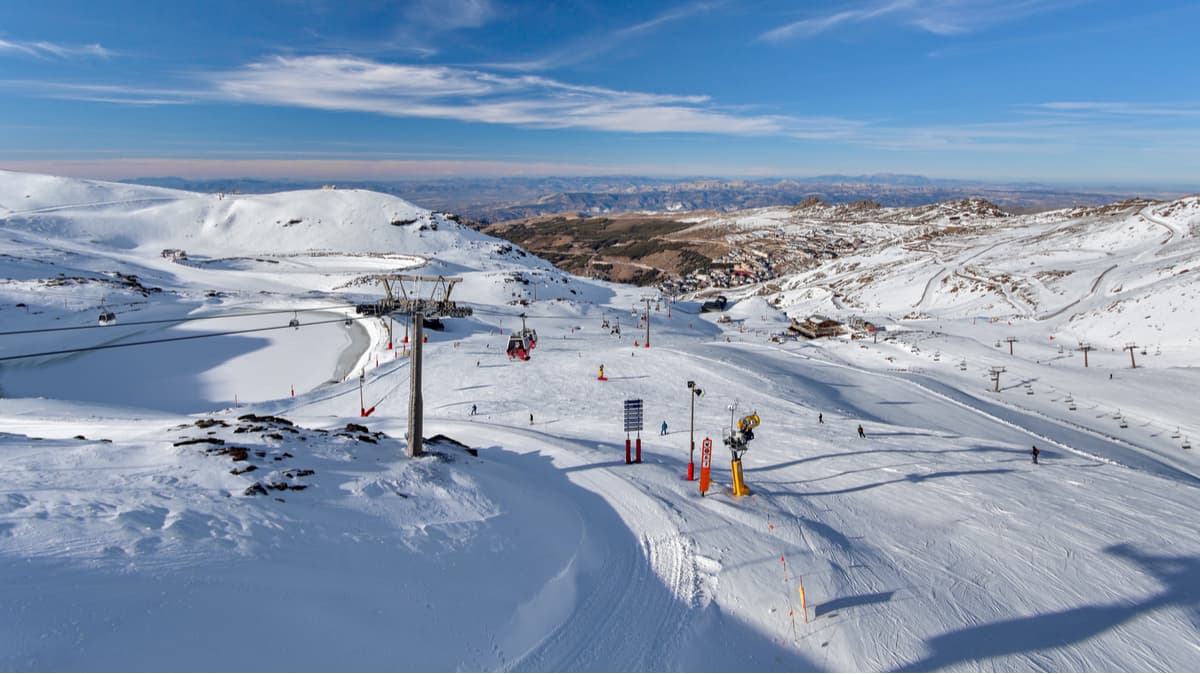 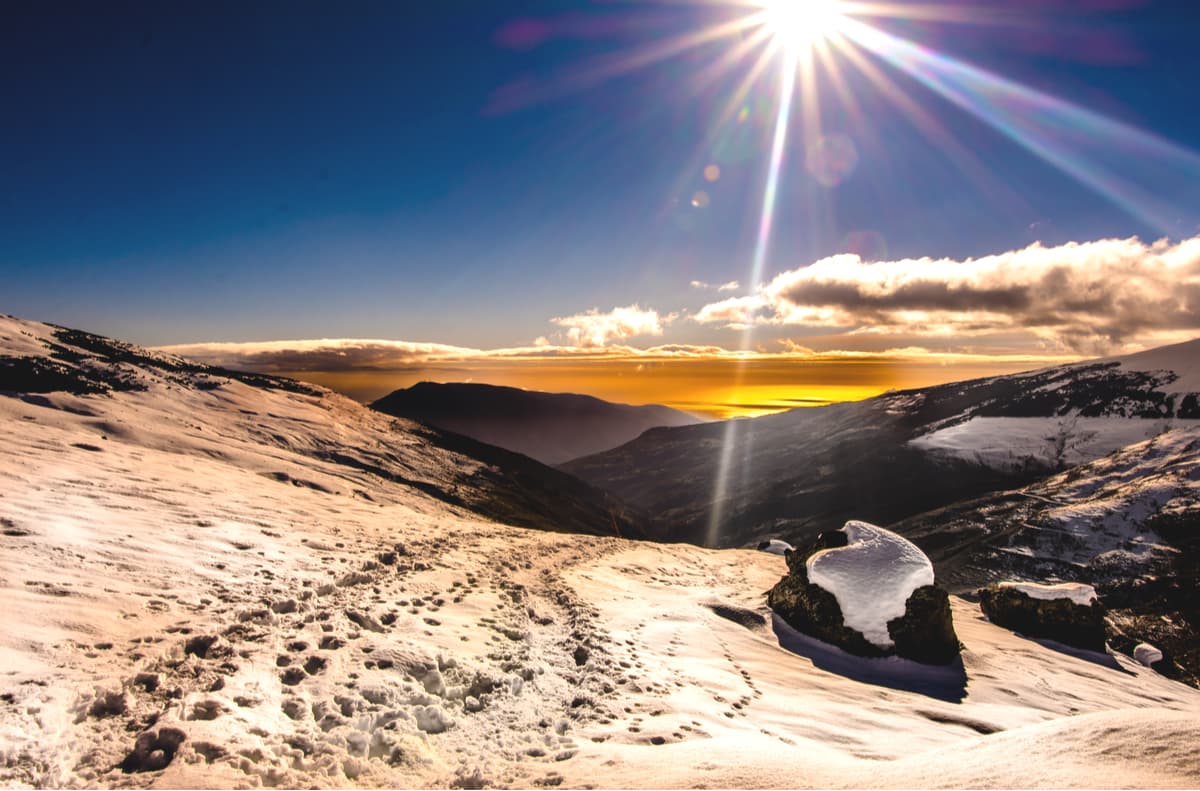 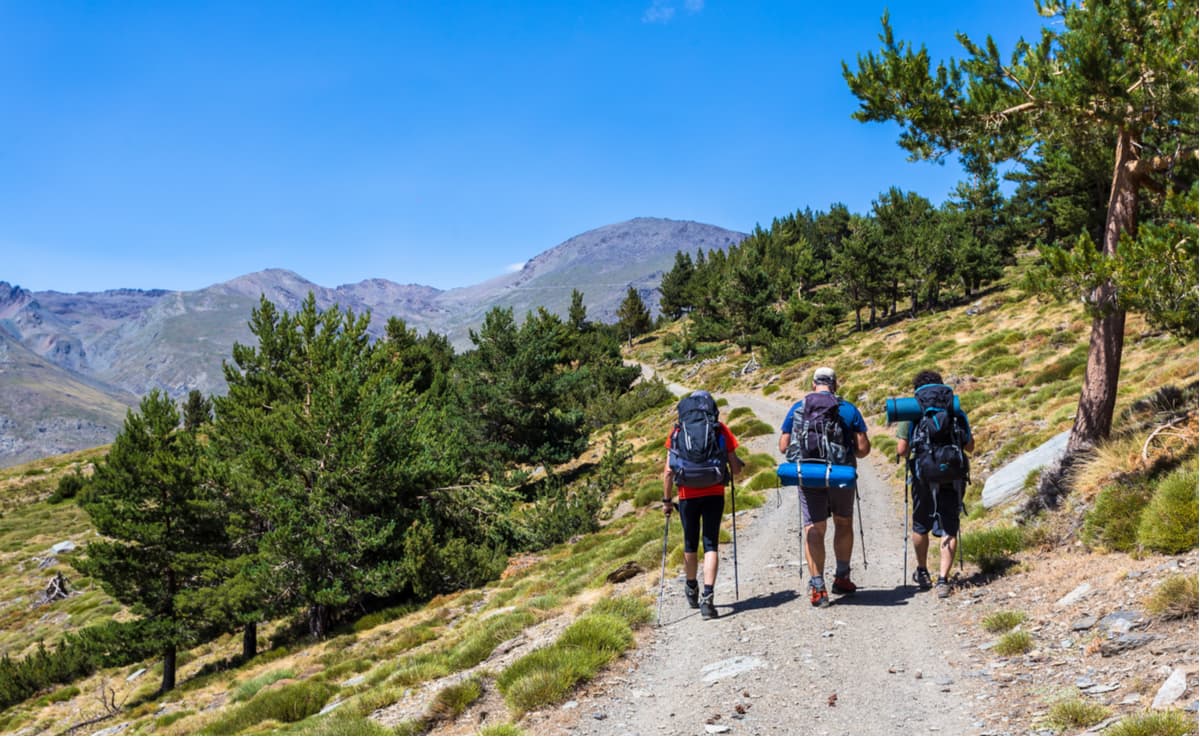 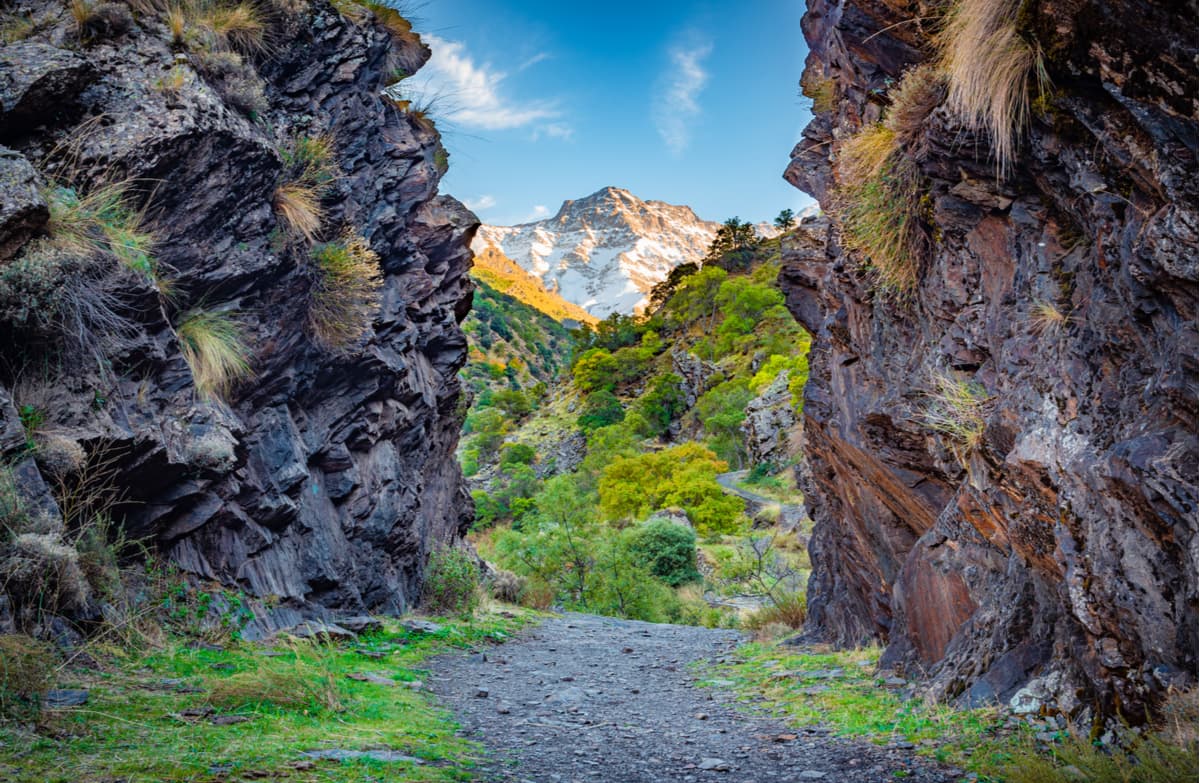 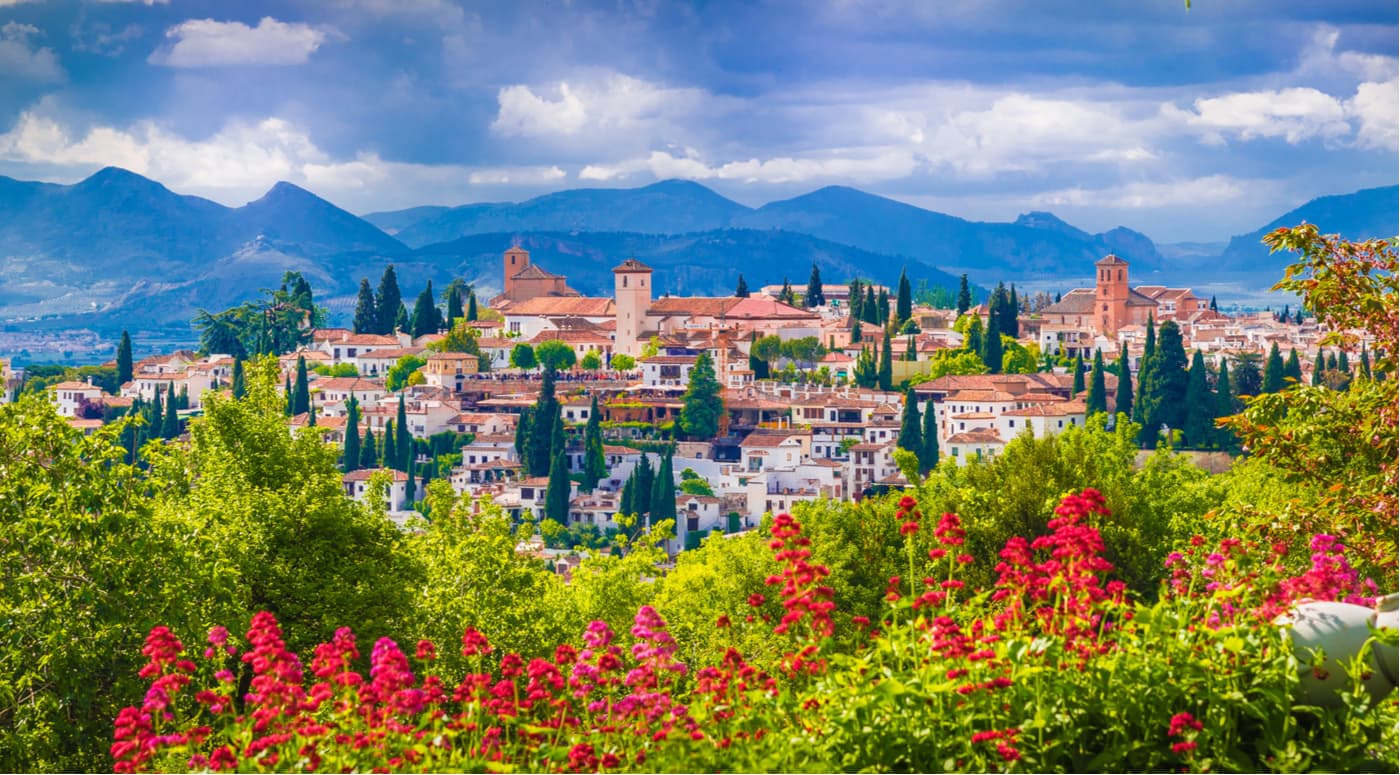