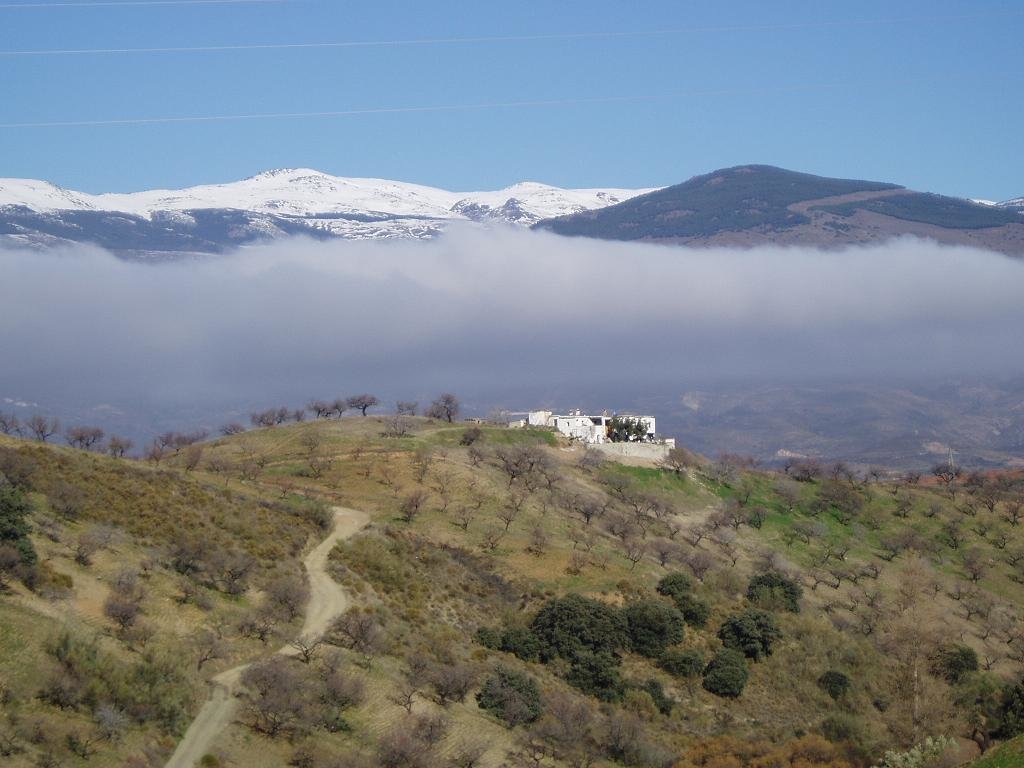 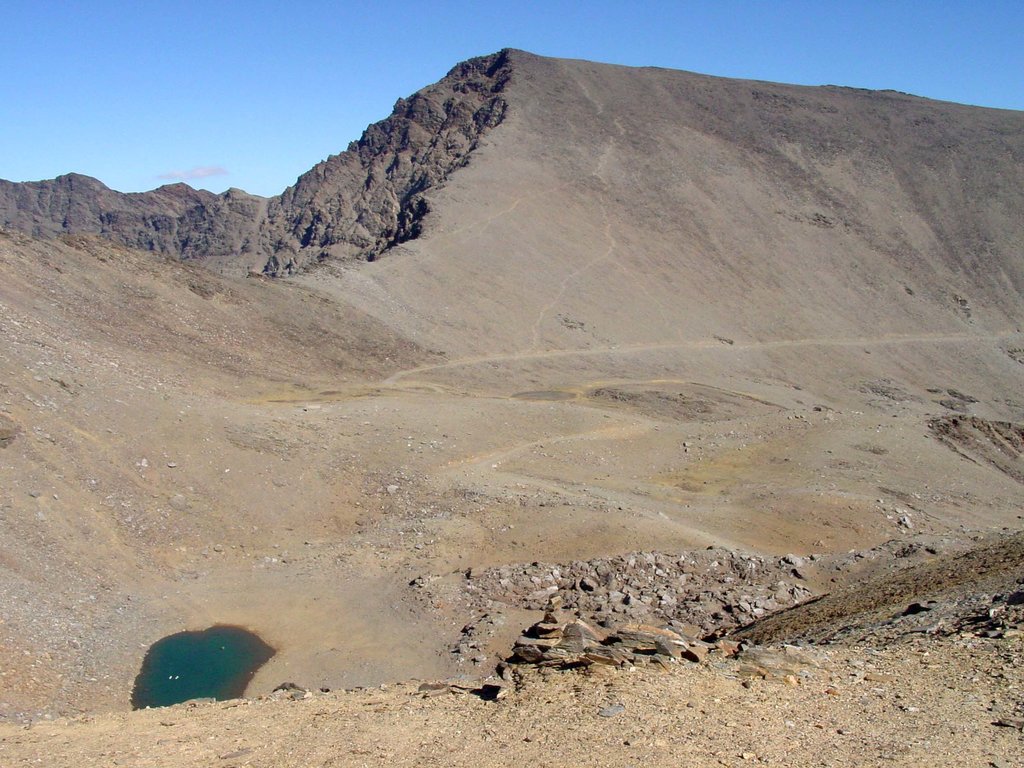 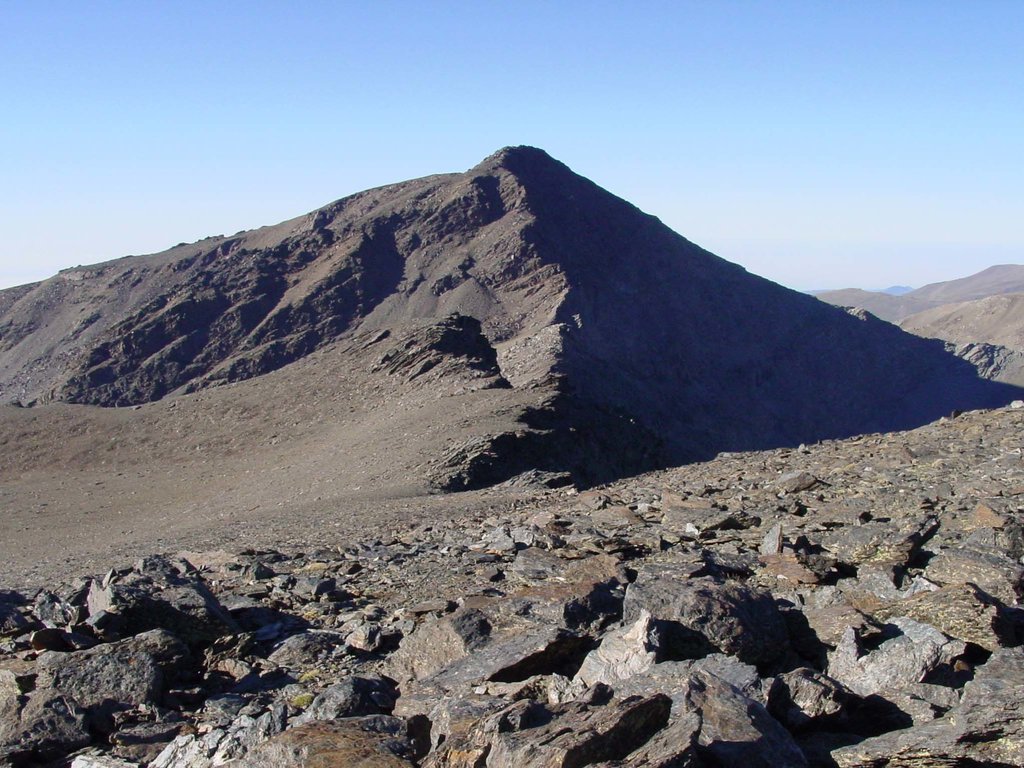 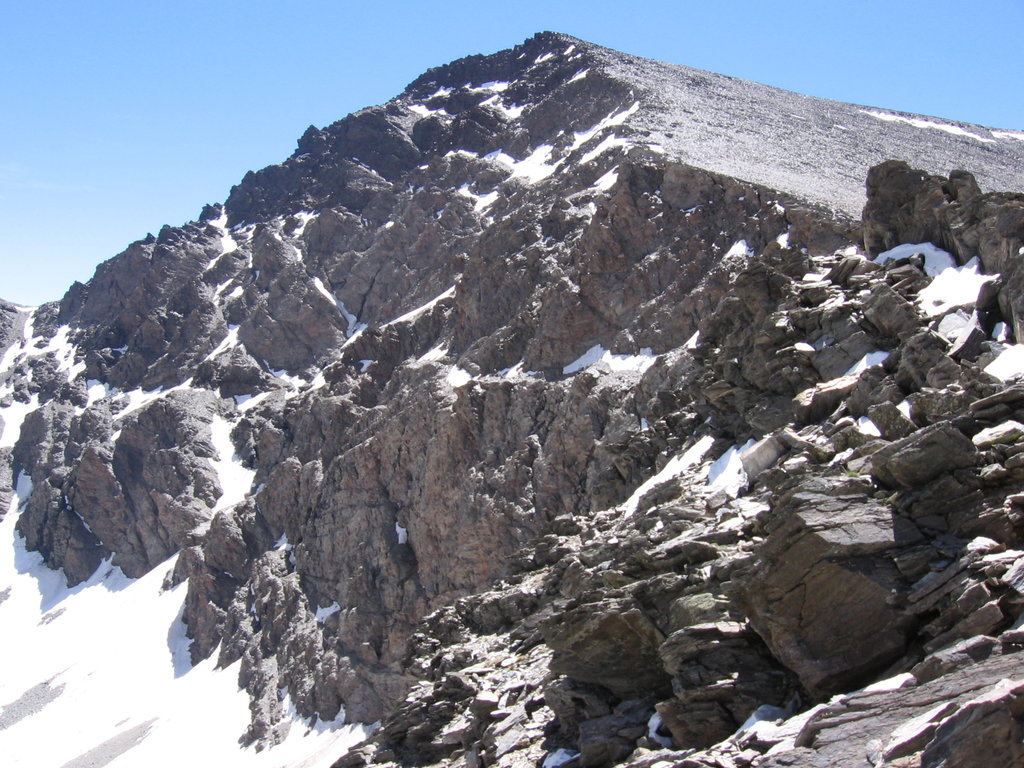 Show 2 photos
Add photo
3 482 m
Elevation
Elevation is the altitude of a place
above sea level.

3 291 m
Prominence
Peak’s prominence is the least
vertical to be covered to get from the
summit to any other higher terrain.

Mulhacén (Spanish pronunciation: [mulaˈθen]) is the highest mountain in continental Spain and in the Iberian Peninsula. It is part of the Sierra Nevada range in the Cordillera Penibética. It is named after Abu l-Hasan Ali, or Muley Hacén as he is known in Spanish, the penultimate Muslim King of Granada in the 15th century who, according to legend, was buried on the summit of the mountain.

Mulhacén is the highest peak in Europe outside the Caucasus Mountains and the Alps. It is also the third most topographically prominent peak in Western Europe, after Mont Blanc and Mount Etna, and is ranked 64th in the world by prominence. The peak is not exceptionally dramatic in terms of steepness or local relief. The south flank of the mountain is gentle and presents no technical challenge, as is the case for the long west ridge. The shorter, somewhat steeper north east ridge is slightly more technical. The north face of the mountain, however, is much steeper, and offers several routes involving moderately steep climbing on snow and ice (up to French grade AD) in the winter.

Mulhacén can be climbed in a single day from the villages of either Capileira or Trevélez, but it is more common to spend a night at the mountain refuge at Poqueira, or in the bare shelter at Caldera to the west. Those making the ascent from Trevelez can also bivouac at the tarns to the northeast of the peak.
There's an alpine trail (T4) leading to the summit. Pico de Mulhacén is one of the 17 peaks along the Integral de Sierra Nevada.