Situated to the west of the city of Madrid, Sierra de Gredos Regional Park (Spanish: Parque Regional Sierra de Gredos) is a protected area comprising some 863.97 sq. kilometers (333.58 sq. mi) of land in central Spain. The park was formally designated on July 22, 1996, and is located within the province of Ávila in the autonomous community of Castilla y León. 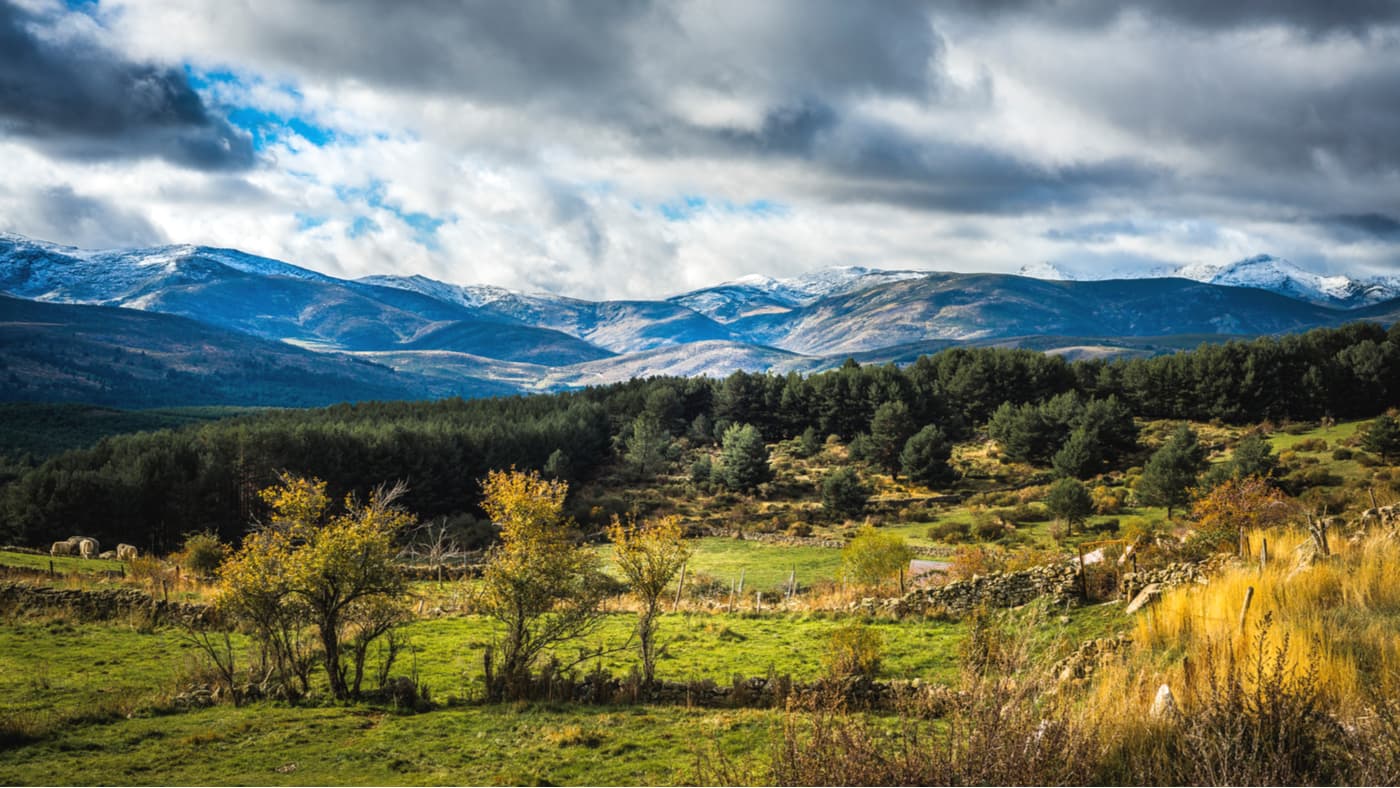 Sierra de Gredos Regional Park is home to 145 named mountains, the highest and most prominent of which is Pico Almanzor (2,591m/8,501ft). Pico Almanzor also happens to be the tallest mountain in central Spain. It was named after Al-Mansur Ibn Abi Aamir, a famous general and statesman during the Muslim Caliphate of Cordoba during the 10th century who was fascinated by the beauty of the peak.

The park is also home to the highest mountains within the greater Castille Ranges (Sistema Central), which stretch from Spain into eastern Portugal. The subranges within the park are some of the most extensive in the Castille Ranges system. They are comprised of 5 different river valleys, including the Tiétar Oriental, the Tiétar Occidental y la Vera, the Valle del Ambroz, the Alto Alberche, and the Alto Tormes.

Geologically, the mountains in Sierra de Gredos Regional Park are made up mostly of granite. In some regions of the park, you can see granite with particularly large feldspar crystals, as well as some outcrops of granodiorite and various metamorphic rocks.

From about 600-350 million years ago, the region that would become Sierra de Gredos was covered with a large body of water, called the Tethys Ocean. This ocean caused sediments to accumulate, which eventually formed rocks that were later folded and fractured during the Variscan Orogeny.

During the end of the Paleozoic Era, regional volcanism caused molten magma to rise toward the surface of the Earth’s crust in the same area. This magma eventually turned into granite as it cooled just below the Earth’s surface. Eventually, the sedimentary rocks from the Tethys Ocean were eroded away to expose this granite.

However, the mountains themselves did not form until much later. Indeed, all of the Castille Ranges, including the mountains in Sierra de Gredos, were formed during the Alpine Orogeny, a mountain-building event that occurred some 40 to 2 million years ago. The Alpine Orogeny was a major geologic event that created a series of ranges within the Alpide Belt.

Other notable ranges that were created during this time include the Alps, Caucasus, the Karakoram, the Hindu Kush, and the Himalaya. All of these ranges formed as the northern part of Africa collided with India and Eurasia during the late Mesozoic Era.

While the Alpine Orogeny created the mountains in Sierra de Gredos, we owe the mountains’ distinct shapes to the area’s extensive glaciation. Indeed, much of the park was covered by large sections of ice during the Pleistocene glaciation.

To this day, the Circo de Gredos, a glacial cirque carved out during this glaciation, remains one of the most important features of Sierra de Gredos Regional Park. The cirque lies at the foot of Pico Almanzor and is filled with the stunning Laguna Grande de Gredos alpine lake. There is also a mountain refuge within the cirque, Elola, which is commonly used by mountaineers that want to climb Almanzor.

Interestingly, the region that would later become Sierra de Gredos has a long history of human inhabitation. Many believe that the first inhabitants of the region were the Vettones, a pre-Roman group of Celtic origin that were primarily horse and cattle-herders.

The Vettones were collectively organized as a tribal group from about the third century BC. They fought against Hannibal and the Carthaginians as well as the Romans who both encroached upon their land. The Vettones were known for raiding Roman areas but were eventually crushed by Julius Caesar’s troops in 61 BCE, after which point they began to Romanize their culture.

These days, people flock to Sierra de Gredos Regional Park to enjoy the area’s spectacular scenery. They can also see a variety of unique wildlife, including a handful of endemic species, such as the western Spanish ibex (Capra pyrenaica victoriae). Other fauna within the park include the roe deer, the golden eagle, the Spanish imperial eagle, the griffon vulture, and the cinereous vulture.

In addition to wildlife, the park is home to a great assortment of flora, though what you will see in Sierra de Gredos depends greatly on your elevation. At lower elevations, you can see plenty of holm oak, chestnut, alder, aspen, Pyrenean oak, and rowan. But, as you head into the alpine, these trees slowly change into bushes of juniper and camomile before opening up into vast alpine meadows and rocks above 2,300m (7,545ft).

Due to its proximity to Madrid, Sierra de Gredos is an incredibly popular tourist destination. It is also quite close to Parque Natural de las Batuecas y Sierra de Francia and Parque Nacional de la Sierra de Guadarrama. A trip into Sierra de Gredos Regional Park is a great way to see firsthand the beauty of Central Spain’s mountain ranges.

There are hundreds of kilometers of hiking trails within Sierra de Gredos Regional Park. Here are some of the most popular:

If you want to climb near the summit of Almanzor, this hike is a great option. However, while most of the trail is manageable for hikers, the final stretches of the route are very difficult and require climbing experience. So, this hike is not recommended for new hikers. If you still want to see the beauty of the highest peak in the park without climbing it, you can always stop at the Circo de Gredos, instead.

This hike starts at the Plataforma de Gredos, where it follows a wide path toward Laguna Grande. Once you reach 2,175m (7,135ft) in elevation, you’ll be at the high point of the cirque.

If you want to continue on to hike the entirety of the 20.4km (12.7mi) trail, you’ll keep walking toward Refugio Elola and then up higher toward Almanzor. From there, you continue onward to Portilla del Crampon where you’ll start the final steep stretch up to the summit of Almanzor. Once at the summit, you can enjoy the beautiful views around you before heading back down toward the cirque.

After leaving the trailhead, you follow a path that crosses the Arroyo del Charco river before making a steep climb up to the Puerto del Peón. Once you’re up and over this pass, you descend a bit past some ruins and then you make your way up toward the summit of La Mira. As soon as you make it to the summit, you can sit back, relax, and take in the views of the Circo de Gredos as a reward for your efforts.

Here are some of the major cities near Sierra de Gredos Regional Park, where you can stay before or after your adventures:

Madrid is the capital city of Spain and the autonomous community of Madrid. It is Spain’s largest city, with over 3.3 million inhabitants, which also makes it the second-largest city in the EU, after Berlin. Madrid is located just 2 hours to the east of Sierra de Gredos. Plus, Madrid is home to a major international airport, so it’s a great place to fly into from outside of Spain.

Ávila is the capital city of the province of Ávila and is located within the autonomous community of Castilla y León. The city has over 57,000 inhabitants and is well known as a UNESCO World Heritage Site, thanks to its historic and well-preserved city walls.

Ávila is just a one hour drive to the northeast of Sierra de Gredos Regional Park, so it’s a prime base for any adventures to the area. While the city does not have an airport, it is just 1 hour by car or 2 hours by train from Madrid.

Salamanca is the capital city of Salamanca within the community of Castilla y León. The city contains a UNESCO World Heritage Site and is home to one of the oldest universities in Spain, the University of Salamanca, which was founded in 1218.

Salamanca is home to over 140,000 people and is well connected by roads and trains to Madrid. Additionally, the city is just 2-3 hours north of Sierra de Gredos. 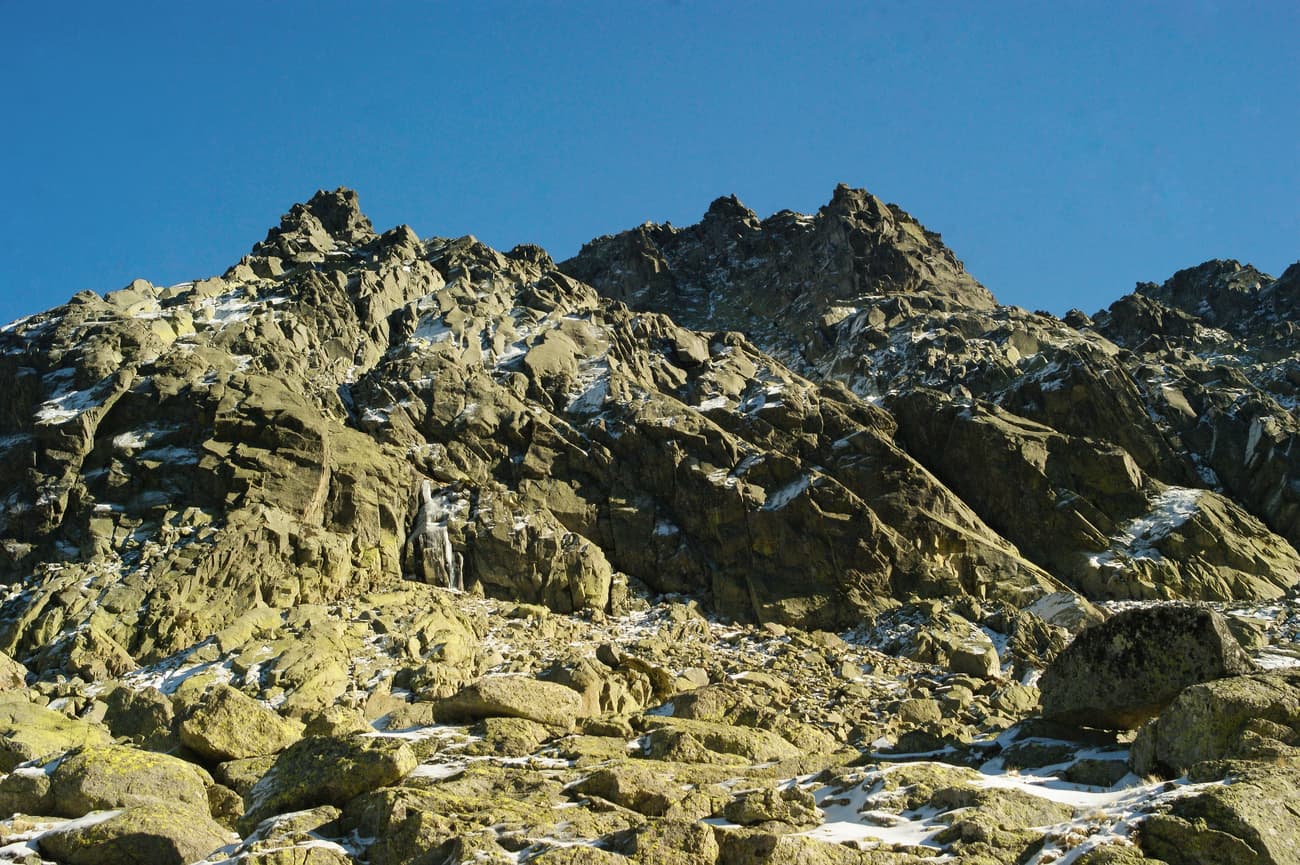 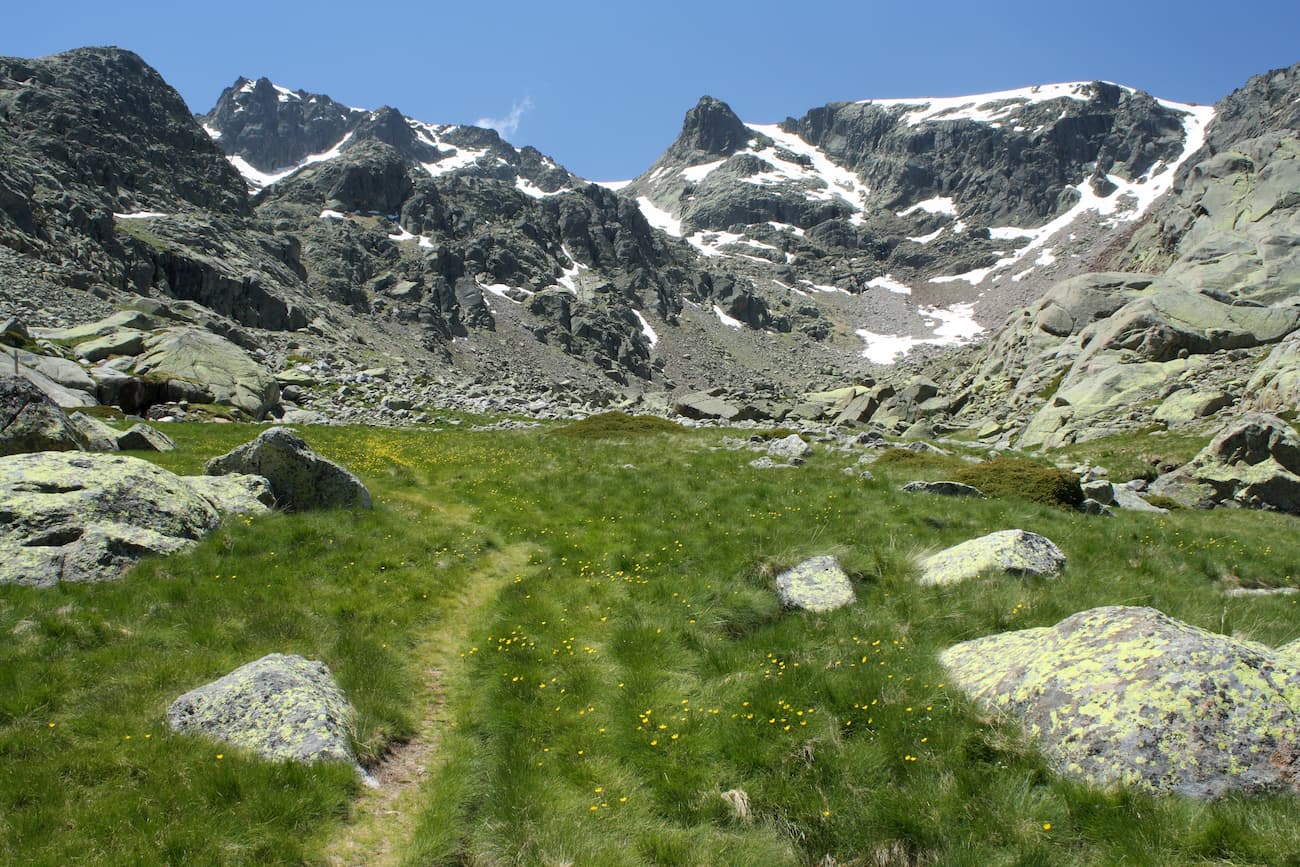 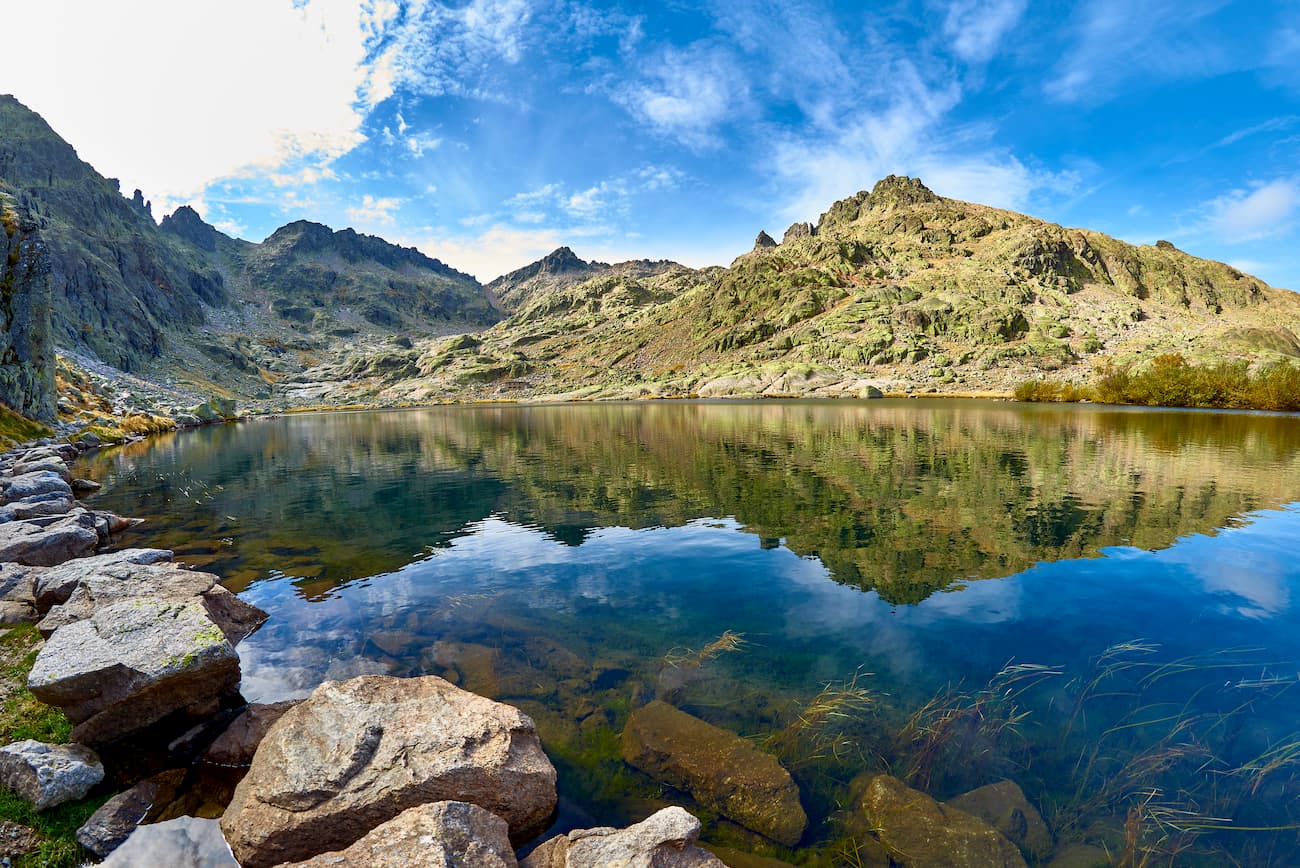 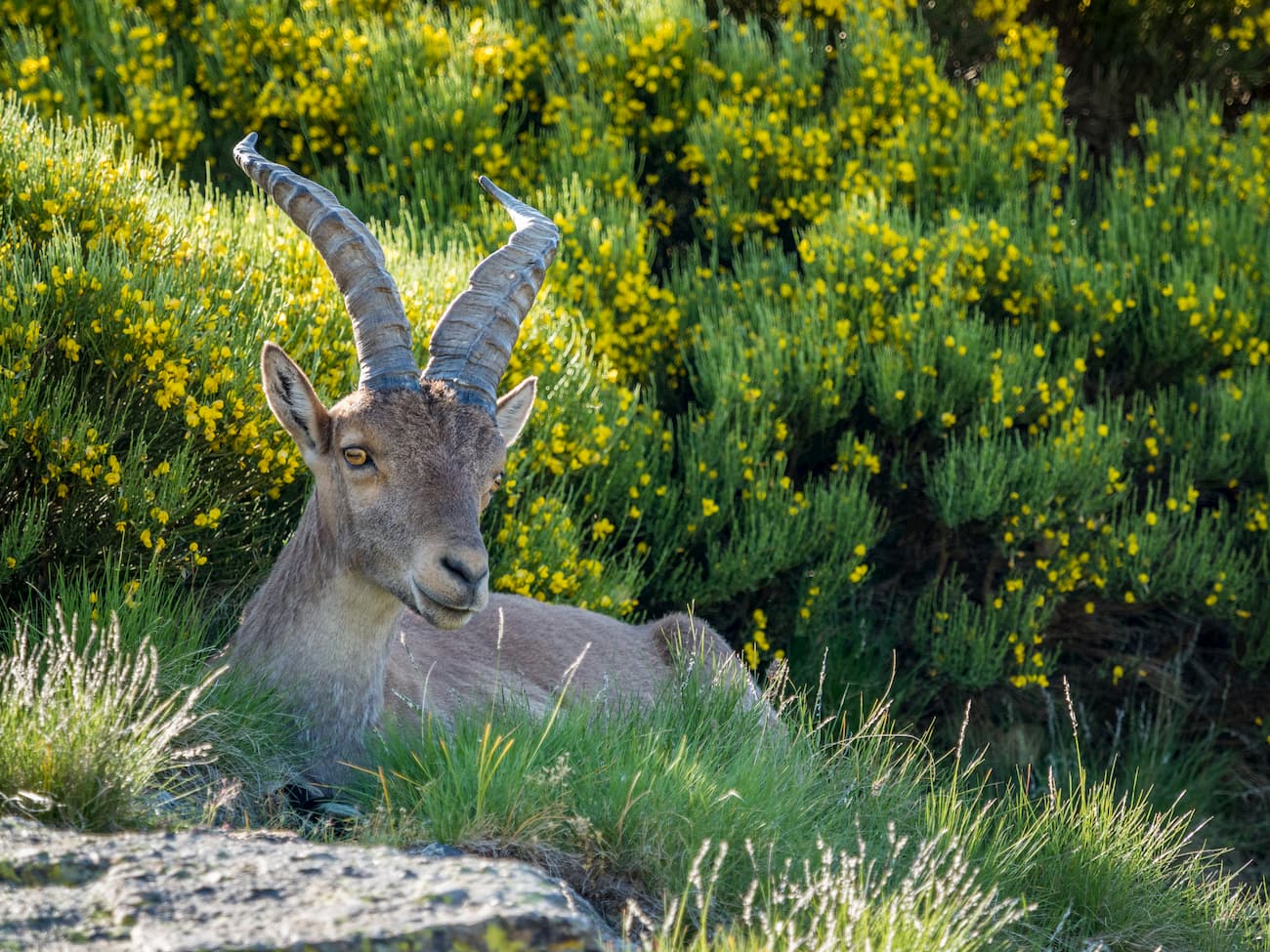 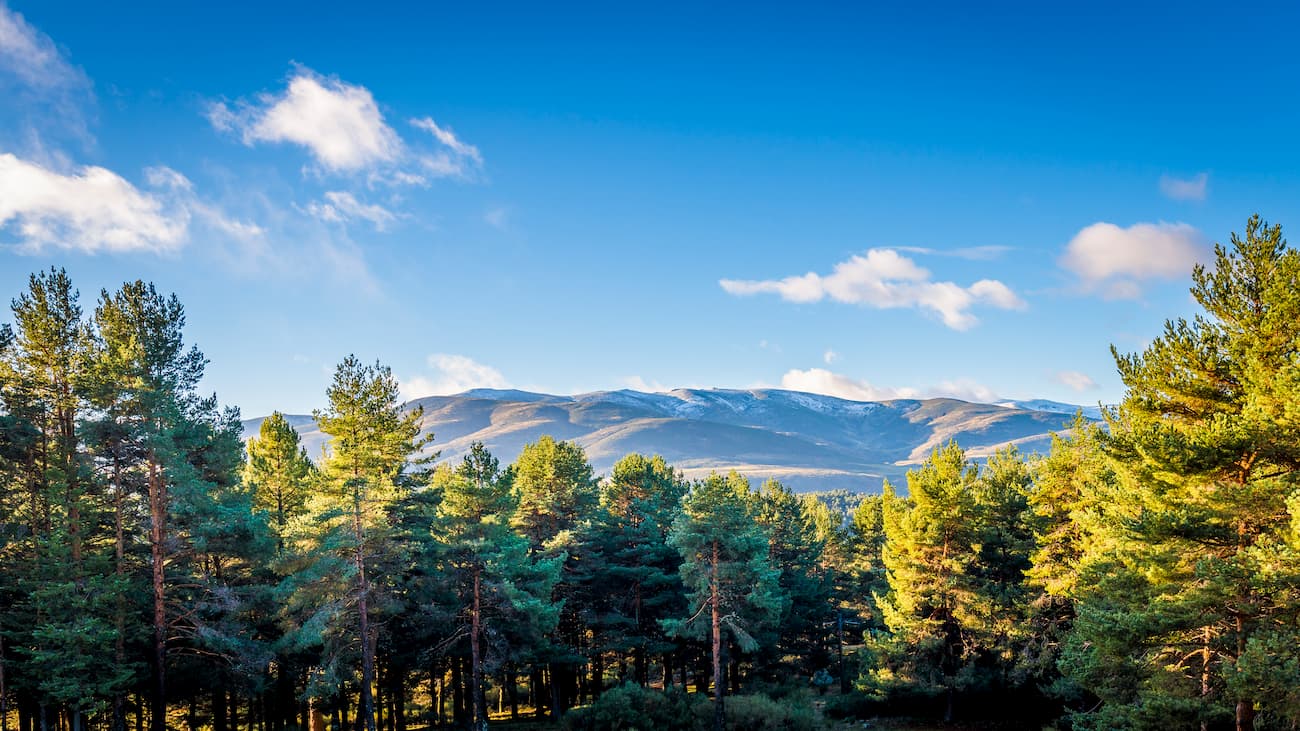 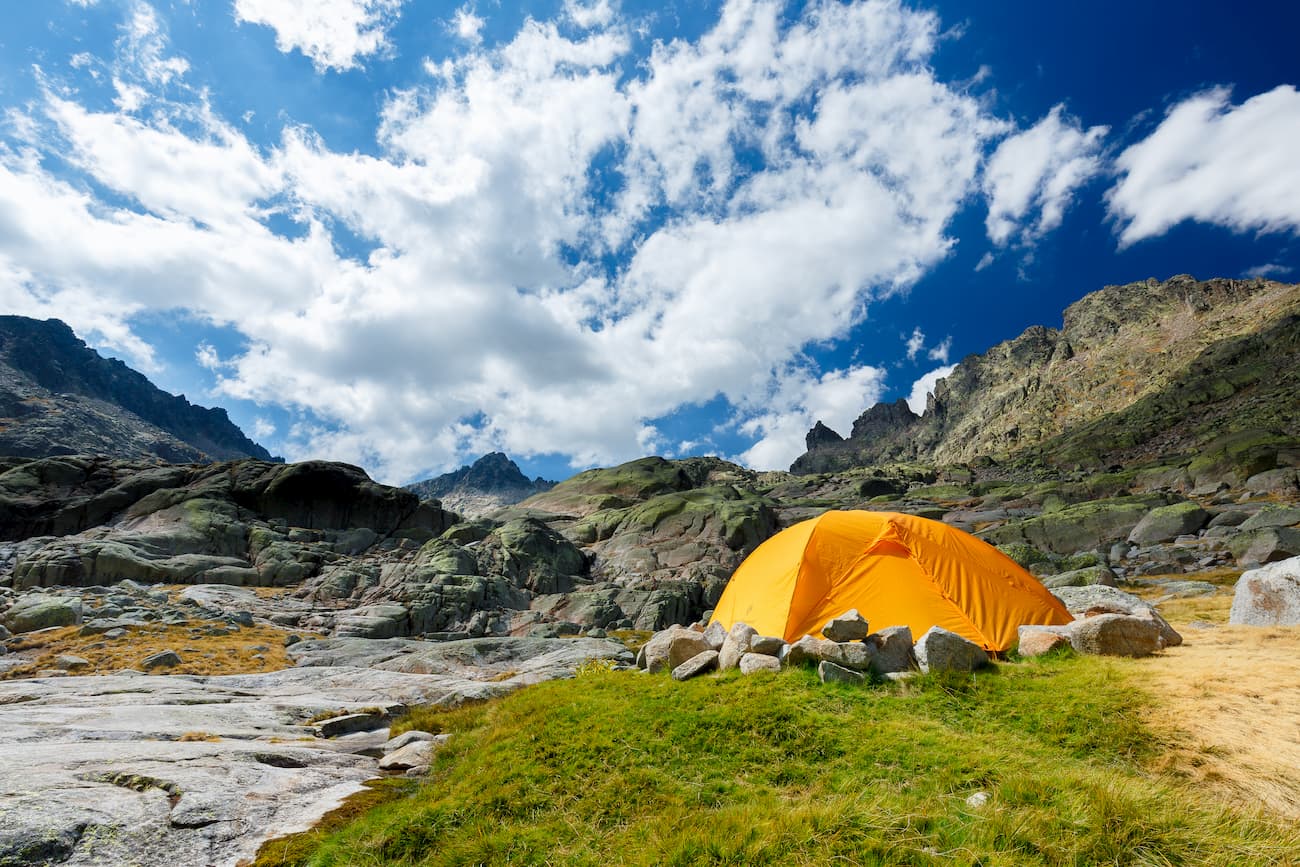 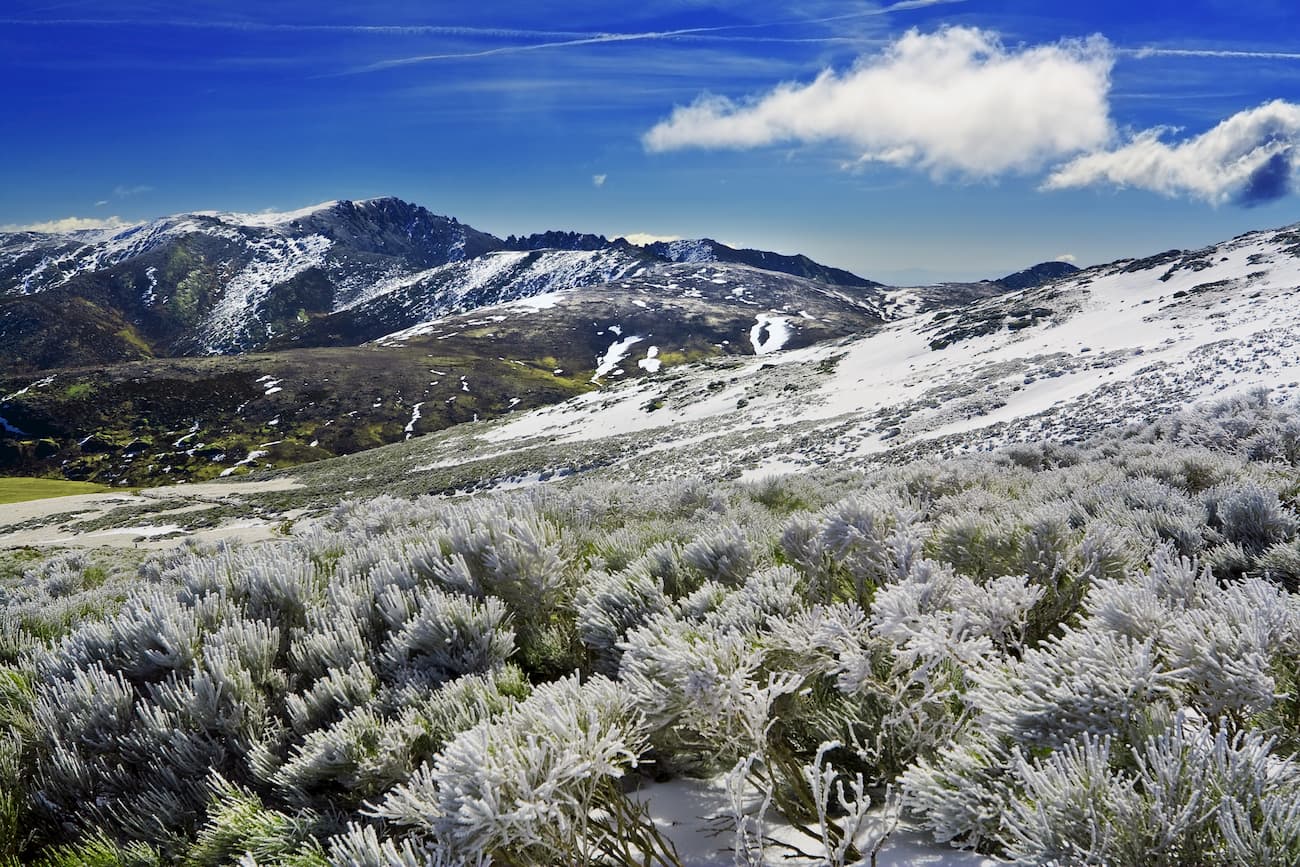