Home to the fourth-highest peak in all of Mexico, Parque Nacional Nevado de Toluca (Nevado de Toluca National Park) is a small federally protected area near the city of Toluca in Mexico State. The park contains 24 named mountains, the highest and most prominent of which is Nevado de Toluca (Xinantécatl) at 4,680m (15,354ft). 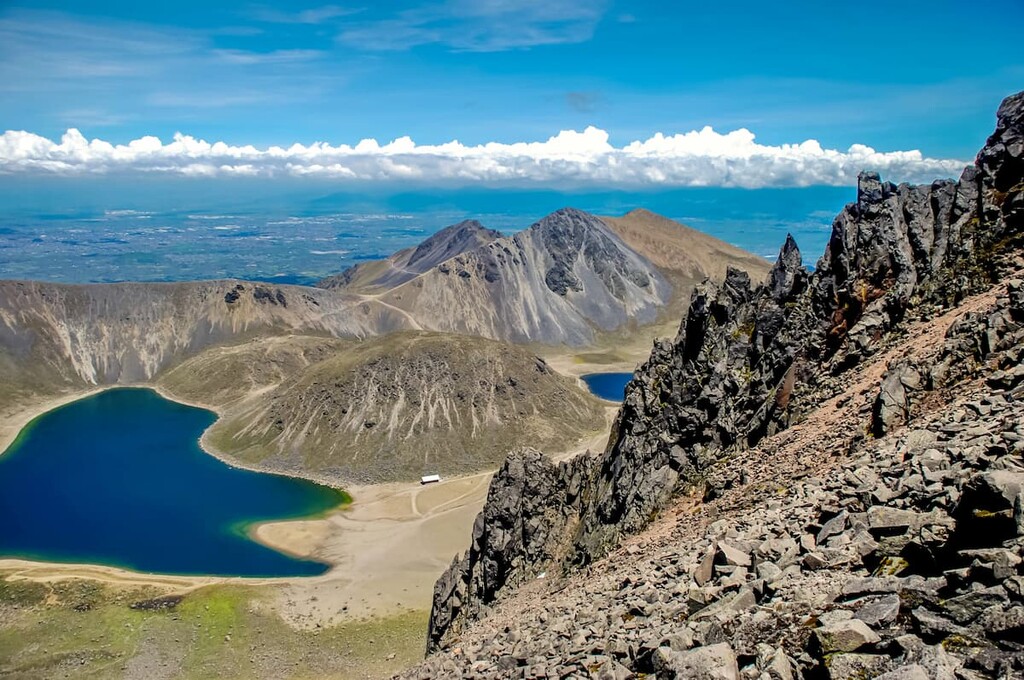 Located in the heart of the state of Mexico, Nevado de Toluca National Park (Parque Nacional Nevado de Toluca) is a popular outdoor recreation destination near the city of Toluca. The park contains about 46,784 ha (115,605 acres) of land, including the country of Mexico’s fourth highest peak: Nevado de Toluca (Xinantécatl).

Finally, Nevado de Toluca’s close proximity to Mexico City, which with nearly 9 million residents is the largest city in North America, makes it a popular destination for outdoor recreation in the central part of the country.

The mountains within Nevado de Toluca National Park are part of the Cordillera Neovolcanica, which is one of Mexico’s largest mountain ranges. Stretching nearly from coast to coast, the range covers parts of Jalisco, Colima, Guanajuato, Querétaro, Hidalgo, Veracruz, Tlaxcala, Puebla, Guerrero, Morelos, México, Michoacán, and Mexico City, forming a barrier between northern and southern Mexico.

Geologically, the range is known for its volcanic activity. The range actually formed as a result of subduction of the Rivera and Cocos plates under the North American Plate, which formed the Trans-Mexican Volcanic Belt.

There are many active and dormant volcanoes within the range, including Pico de Orizaba (the highest in Mexico), Nevado de Colima, Popocatépetl, Iztaccíhuatl, Cofre de Perote, and, of course, Nevado de Toluca.

Although this is still subject to some debate in the scientific community, it is believed that Nevado de Toluca was once as tall as nearby Popocatépetl. However, it’s believed that Nevado de Toluca experienced a massive eruption about 25,000 years ago, which led to the formation of the massive crater that now exists on the eastern side of the mountain.

Researchers also believed that the mountain’s last major eruption was about 10,500 years ago and that it registered as a VEI 6 in terms of explosiveness. This eruption is believed to have created massive amounts of debris that landed as far away as Mexico City.

Interestingly, Nevado de Toluca is also one of the few volcanoes in the country to have lakes in its summit crater. The crater itself is about 2 kilometers (1.2 mi) wide and around 1.5 kilometers (0.9 mi) long and it is one of the only craters in Mexico that you can drive to.

Major peaks in the park include Nevado de Toluca, Volcán Gordo, Cacalotepec, La Calera, Cerro El Calvario, Las Palomas, Cerro Prieto, and El Ombiglio, the latter of which is actually quite small in terms of prominence but is located within the volcano’s summit crater.

As Nevado de Toluca National Park contains a wide range of different elevations, it is home to an impressive amount of biodiversity.

The forested areas of the park at the lower elevations are dominated by a mix of deciduous trees, firs, and pines. Above the treeline in the park, the landscape is mostly grasslands and alpine meadows, which cover much of the mountainous area until you hit the highest elevations on Nevado de Toluca.

Moreover, the park is home to a wide array of animals, which includes an assortment of birds as well as rabbits (especially teporingo), coyotes, possums, and squirrels.

Long before it was a national park, the region around Nevado de Toluca (Xinantécatl) was home to humans. In fact, there is an extensive archaeological record of human inhabitation in the area that dates back thousands of years, with over 4,000 artifacts having been found around the summit crater alone.

Before the arrival of the Spanish and other European colonizers, the region was home to a number of Indigenous groups who still live in the region today. In particular, the region is part of the traditional territory and ancestral homelands of the Otomi Nation and it was the home of the Aztec Empire.

During the fifteenth century, Mexica emperor Axayacatl actually conquered the Toluca Valley near what is now the city of Toluca. However, after the Spanish conquest, the conquistadors changed the city’s name from Tollocan to Toluca when they conquered the region in the 1520s.

The 1520s saw the start of the evangelization of the Toluca region and the introduction of foreign diseases that decimated the Indigenous population. By the seventeenth century, Toluca was officially recognized as a city and by the end of the eighteenth century, the Spanish began constructing a road to connect Toluca to Mexico City.

Toluca became a fairly important place during the independence movement and the city was designated as the capital of the State of Mexico in the 1830s. Toluca quickly became an industrialized city after the onset of the Industrial Revolution, which helped it develop the robust economy that it has today.

In 1936, President Lázaro Cárdenas del Río established Nevado de Toluca National Park in order to conserve the flora and fauna of the region. However, it’s worth pointing out that in 2013, President Enrique Peña Nieto published a decree that officially changed the park’s status to a flora and fauna protection area (Área de protección de flora y fauna Nevado de Toluca).

Nevertheless, as most people know of the mountain as a national park, it is most commonly referred to as Nevado de Toluca National Park. Furthermore, despite its change in legal status, the park remains one of the most popular hiking destinations in the region.

It offers plenty of outdoor recreation opportunities for visitors to enjoy, so it’s a must-see if you’re in the Greater Mexico City region.

Due to its proximity to Mexico City and to the city of Toluca, Nevado de Toluca is a highly popular outdoor recreation destination. Here are some of the best hikes to check out in the park:

One of the most well-traveled treks in the park, the Nevado de Toluca Lagoons Loop is a 10.6km (6.6 mi) hike that takes you to the lakes on the eastern slopes of Nevado de Toluca. There are a number of informal paths around the lakes, but the hike itself is fairly well marked and easy to follow.

However, the drive to the trailhead can be very rough due to the dirt road. It’s also worth pointing out that this hike is at a high elevation, so be sure to pack plenty of water and take it slow on the ascent.

Similar to the Lagoons Loop, but a nice alternative for hikers that want a bit more elevation gain during their day, the Nevado de Toluca El Fraile Loop is a 6.8km (4.2 mi) hike.

Due to the difficulty of this hike and its high elevation, caution is necessary, particularly for newer hikers. But, if you’re looking for a challenge, the El Fraile Loop is a solid choice.

Another excellent and challenging hike, the Nevado de Toluca Rim Crater Trail offers a chance to see everything that Nevado de Toluca has to offer. The path itself is well-marked and it takes you both to the lagoons and to the rim of the peak itself.

However, it’s important to note that some scrambling is involved toward the end of this hike, particularly when you’re on the ridge. The hike ascends a number of minor high points on the Nevado de Toluca rim, so you may need to do a bit of scrambling along the way.

Looking for a place to stay on your visit to Nevado de Toluca National Park? Here are some of the best nearby cities to check out:

The capital of the country of Mexico, as well as North America’s largest city, Mexico City is a sprawling metropolis with nearly 9 million residents. However, about 21 million people live in the Greater Mexico City area, which places it just behind São Paulo in Brazil for the honor of being the Western Hemisphere’s largest metropolitan area.

Mexico City is a major cultural and commercial hub for central Mexico and for the country as a whole. It is a popular tourist destination in its own right and its location just 3 hours from Nevado de Toluca make it a great place to start your journey.

Located just to the northeast of the park, Toluca is the capital of the State of Mexico and the seat of the Municipality of Toluca. It is home to about 900,000 people, though its metropolitan area has well over 2 million residents.

Toluca has a varied economy that is now heavily industrialized, though the surrounding region is also quite agricultural. Much of the city’s economy is also based on tourism, which is driven by its proximity to Nevado de Toluca.

The city is easy enough to get to by road and a commuter trail line is scheduled to connect Toluca to Mexico City in the coming years. Toluca also has an airport, which offers great connections to major cities around the country. 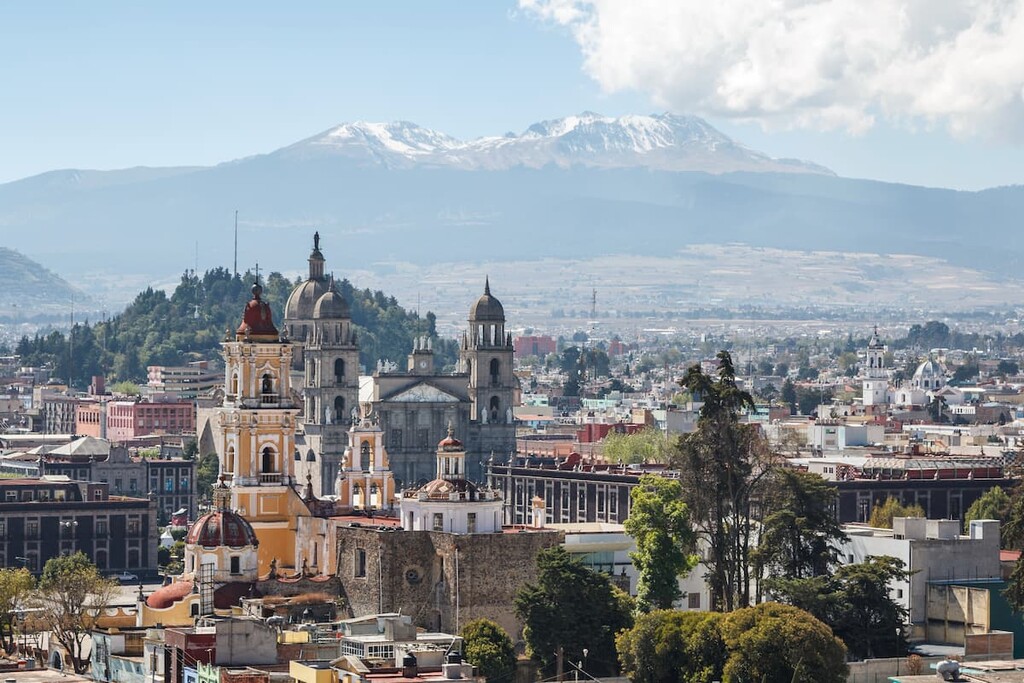 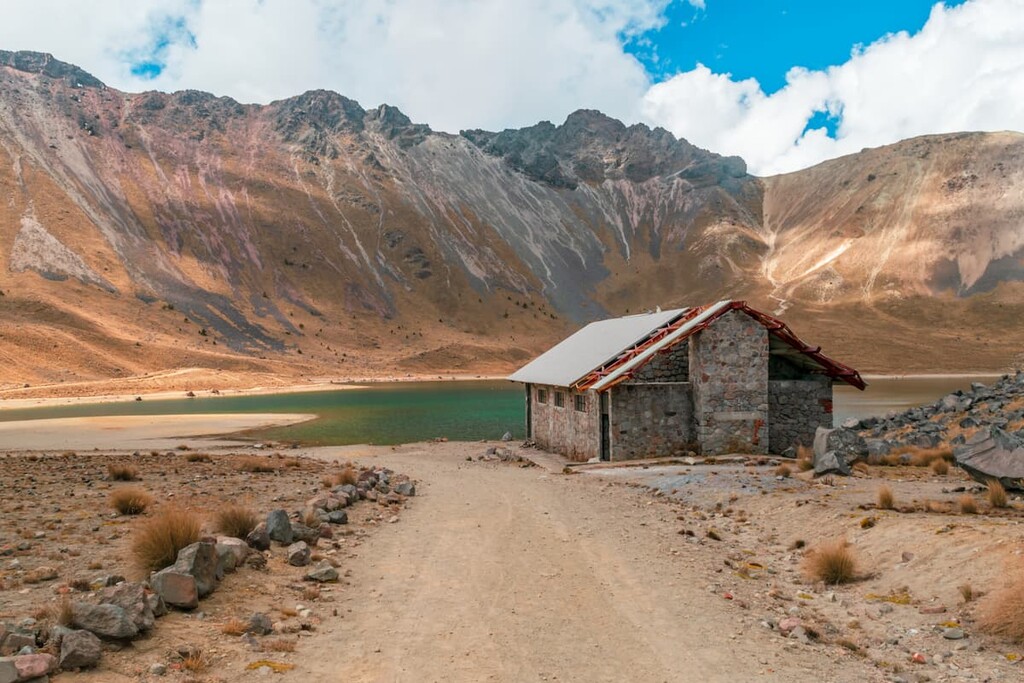 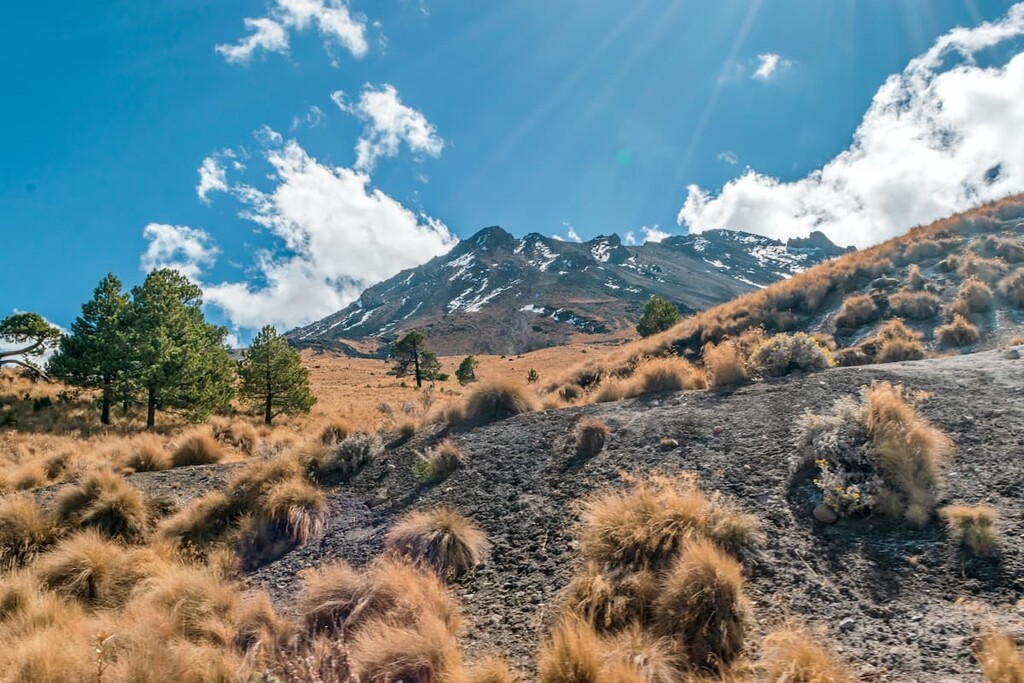 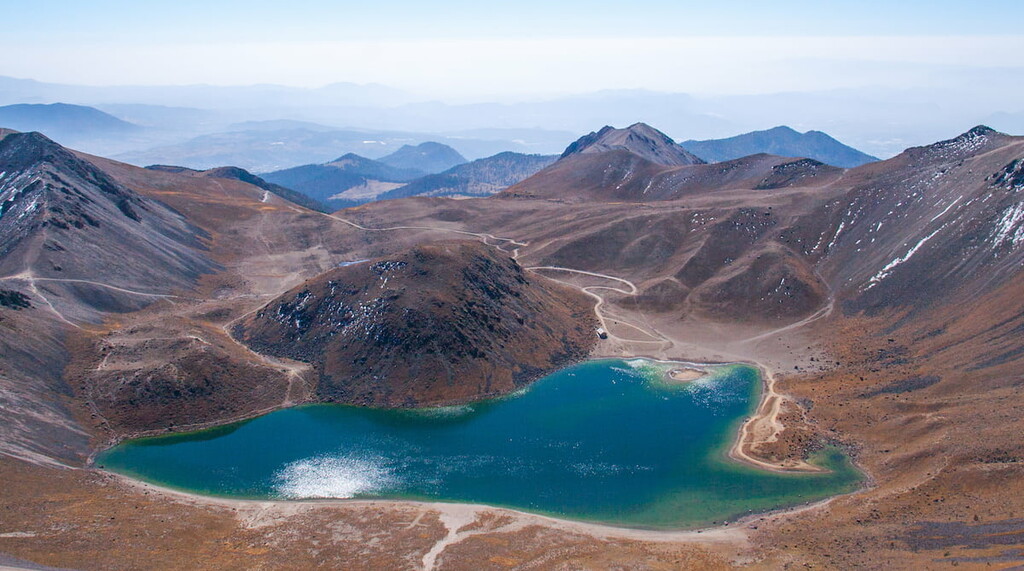 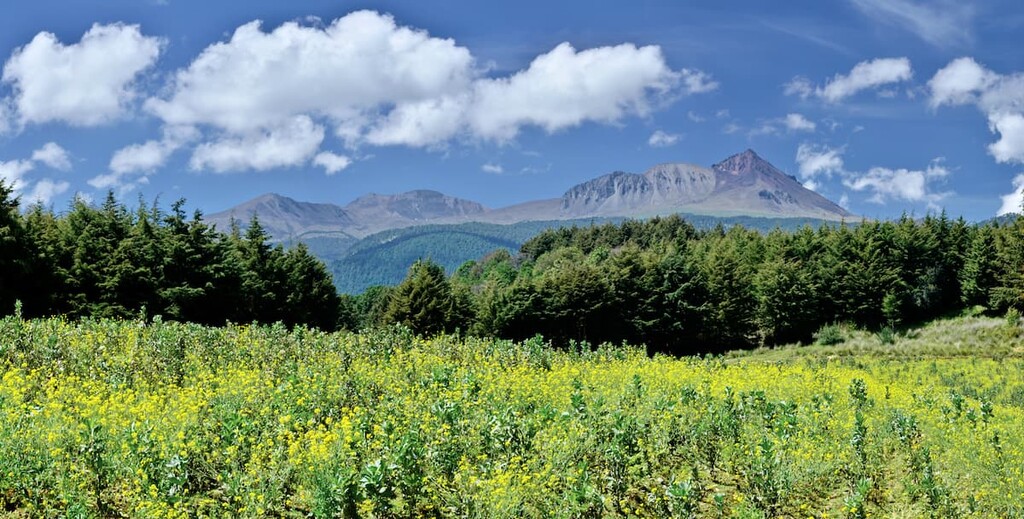 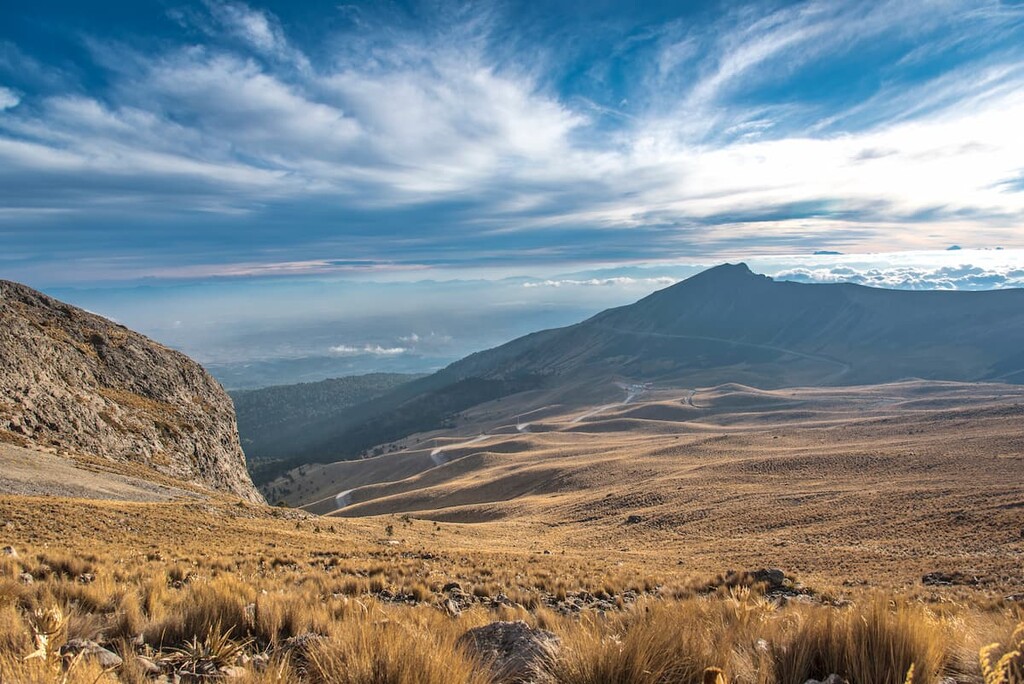