Featuring some of the most famous peaks in northeastern Mexico, National Park Summits of Monterrey (Cumbres de Monterrey National Park/Parque nacional Cumbres de Monterrey) is a federally protected area located in the state of Nuevo León. The park contains 72 named mountains, the highest of which is Cerro La Mota (3,422m/11,227ft) and the most prominent of which is Sierra Urbano (2,901m/9,518ft). 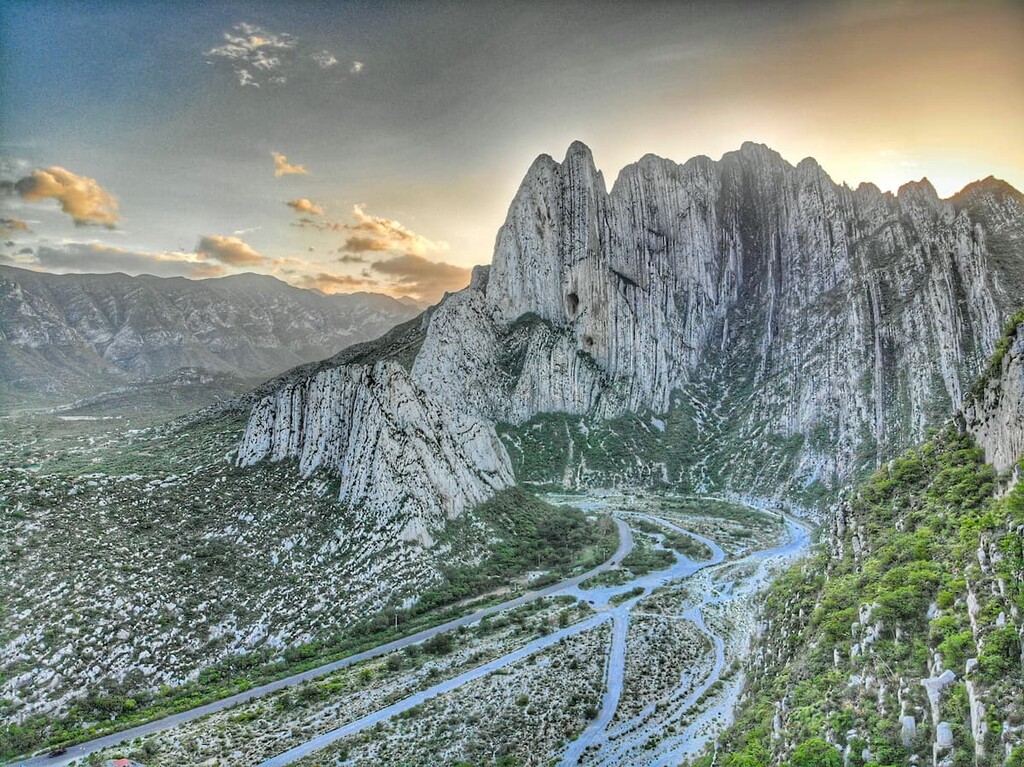 Cumbres de Monterrey is located within parts of seven municipalities (municipios) within Nuevo León: Santa Catarina, Monterrey, San Pedro Garza García, Santiago, Rayones, Montemorelos, and Allende. It is also located just outside of the city of Monterrey and the park’s jagged peaks form much of Monterrey’s natural skyline.

Furthermore, although Cumbres de Monterrey is easily the largest protected area in the region, it is located within driving distance of a number of other important protected areas.

The mountains within Cumbres de Monterrey National Park are part of the Sierra Madre Oriental. One of Mexico’s largest mountain ranges, the Sierra Madre Oriental stretches from the northern part of the state of Coahuila near its border with the US state of Texas, all the way through Nuevo León, Tamaulipas, Hidalgo, San Luis Potosí, and Veracruz until it terminates in Puebla.

Geologically, the range is part of the American Cordillera, which is a massive system of mountain ranges that extends from the Brooks Range of Alaska to the Andes in Chile and Argentina.

The range mostly contains Cretaceous period sedimentary rocks, which have been extensively folded. These rocks date back about 145 to 65 million years ago, though the mountains themselves are believed to be around 23 million years old.

Furthermore, Cumbres de Monterrey is known for its karst topography. Indeed, the park contains hundreds of kilometers of subterranean features, including rivers and caves. In fact, one of the most popular destinations in the park is García Caves (Grutas de García), which is one of Mexico’s largest cave systems.

Although it is situated just outside of Monterrey, Mexico’s third largest metropolitan area by population, Cumbres de Monterrey is one of the most biodiverse places in the region.

The park’s geographic location and its varied topography allow it to support a wide array of different ecosystems and plan communities. In fact, the park contains an assortment of microclimates, that enable a greater variety of wildlife and plantlife to grow than might otherwise be expected for the region.

Much of the park is home to dense forests of pine and oak, though there are quite a few tree species that can be found in Cumbres de Monterrey. Some of the many tree species that flourish in the park include Martinez spruce, Engelmann spruce, yucca, Mexican Douglas fir, Beja fir, Juárez oyamel, Texas live oak, Mexican oak, Mexican white pine, Gregg’s pine, Hartweg’s pine, weeping pinyon, Mexican pine, and teocote.

Mammal species within the park include everything from raccoons and badgers to coyotes, mountain lions, wild boar, armadillos, opossums, and white-tailed deer.

However, out of all the fish species in the park, only the Mexican red shiner, the longlip jumprock, and the spotted minnow are endemic to the region.

The region in and around Cumbres de Monterrey has been inhabited by humans for thousands of years. Long before the arrival of Spanish settlers, a number of groups of Indigenous peoples called the region home. Some of the many groups in the region include the Coahuiltecan, the Guachichil, the Azalapas, the Huachichiles, and the Borrados.

Indeed, Cumbres de Monterrey is home to an exceptional collection of Indigenous artefacts and cultural sites, including many stone carvings and paintings.

Perhaps the earliest person of European descent to visit the area in and around Cumbres de Monterrey was Alberto del Canto of Portugal who came to the center of what is now Monterrey in the 1570s, though he did not establish a settlement in the area.

In the 1580s, Diego de Montemayor was commissioned to govern the central part of the inland part of what would become New Spain. Montemayor eventually established the city of Monterrey (then Ciudad Metropolitana de Nuestra Señora de Monterrey) in the 1590s, which made it one of the earliest permanent Spanish settlements in the region.

Over the years, Monterrey became a major city in Mexico, particularly after the country’s independence. Monterrey established itself as a major economic power in the country and it was also the site of one of the largest battles of the Mexican-American War.

As the population of the city grew, there was a movement to protect the stunning natural landscape located just outside of Monterrey. In 1939, President Lázaro Cárdenas established Cumbres de Monterrey National Park by executive decree. Over 60 years later, in 2000, the park was reduced in size, making it the third largest national park in the country.

These days, Cumbres de Monterrey is one of the most popular outdoor destinations in northeastern Mexico. Its accessibility from Monterrey and its exceptional collection of outdoor recreation opportunities make it a fantastic place to visit for locals and tourists, alike.

Cumbres de Monterrey is one of the best hiking destinations near the city of Monterrey. Here are some of the best places to check out if you’re in the area:

Perhaps the most popular destination in Cumbres de Monterrey National Park, García Caves (Grutas de García is a massive subterranean network of rooms and passageways. The cave is located near the town of García and you can access it via cable car or on a long hike.

While most visitors take the aerial tramway out of convenience, the hike is also worth the effort if you’re up for an adventure. Once you’re at the caves, you can walk around and explore the many funky formations, which include stalagmites and stalactites.

If you want a guide, there are normally guided tours of the caves each hour, or you can often hire a guide service that will provide transportation to and from the caves each day.

Boasting a drop of some 27m (89ft), Horsetail Falls (Cascada Cola de Caballo) is another must-see destination in Cumbres de Monterrey. The falls are accessible via a relatively short and casual hike, which makes them accessible to most visitors. There are also many guide services in Monterrey that are happy to offer transportation services from the city to the falls.

A truly stunning hike, Paso del Caballero is an 8.7 km (5.4 mile) hike that takes you through a stunning gorge near Cerro San Antonio, Loma El Jabalí, and Cerro El Placer in the northwestern part of the park.

The hike is challenging and involves quite a lot of steep cliffs, though it also offers great access to a popular rappelling location for experienced climbers that want to rappel down the 1000m (3,280ft) gorge.

Looking for a place to stay during your trip to Cumbres de Monterrey? Here are some of the best cities and towns to check out:

Monterrey is the capital and biggest city in the state of Nueco León. With some 4.7 million residents, Monterrey is also the third largest metropolitan area in Mexico. The city is a major hub for commerce, culture, and tourism in the region and it is often ranked as one of the most livable cities in the country.

Monterrey offers exceptional access to Cumbres de Monterrey National Park, which is located just outside the city. It is also home to an international airport as well as a great network of roads and public transportation.

Located to the east of Cumbres de Monterrey, Ciudad Guadalupe (often just called Guadalupe) is a city of some 700,000 people. One of Guadalupe’s biggest claims to fame is that it is home to the Cerro de la Silla, which is the famous mountain landscape that forms the skyline of Monterrey. So, it’s the ideal place to stay if you also want to hike up this stunning mountain.

Home to some 90,000 inhabitants, the town of García, Nuevo León is located just to the north of Cumbres de Monterrey. The town is the main starting point for visits to Grutas de García, so it’s a nice place to stay if you’re looking to get outside the city of Monterrey. Plus, García is home to a great collection of museums and historic sites, so it’s a worthy destination in its own right.

The capital and largest city in the state of Coahuila, Saltillo is situated just to the west of the park and is home to about 800,000 residents. Saltillo is one of Mexico’s most industrialized cities and it has a major automotive manufacturing industry.

Although it’s substantially smaller than nearby Monterrey, Saltillo has the unique distinction of being the oldest European settlement in Northern Mexico. Saltillo also offers great access to the western part of Cumbres de Monterrey, so it’s well worth a visit if you’re in the area. 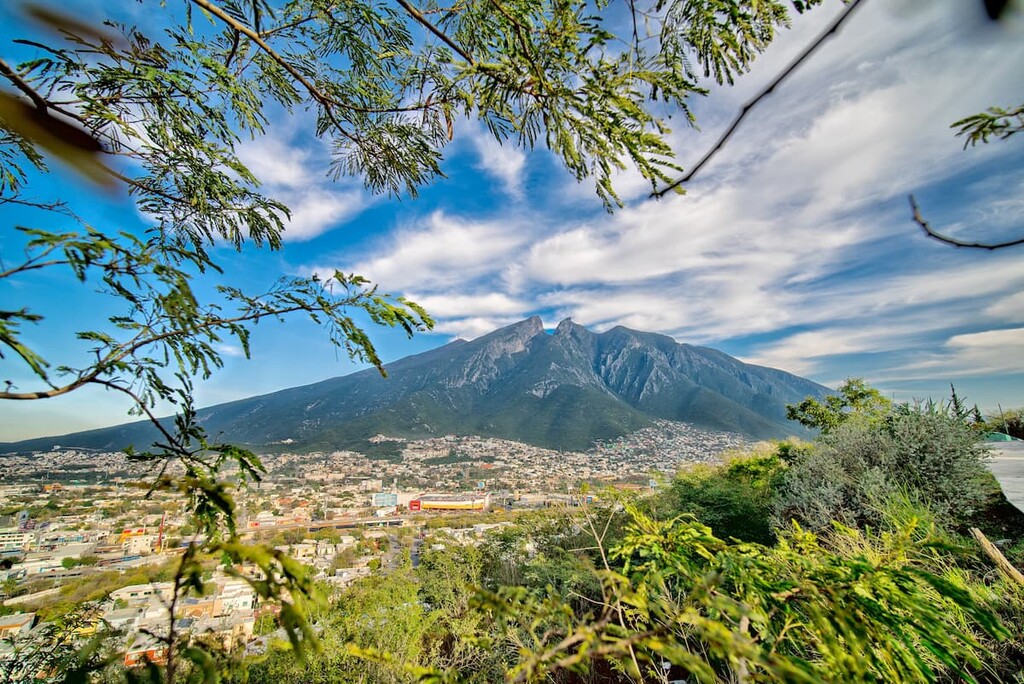 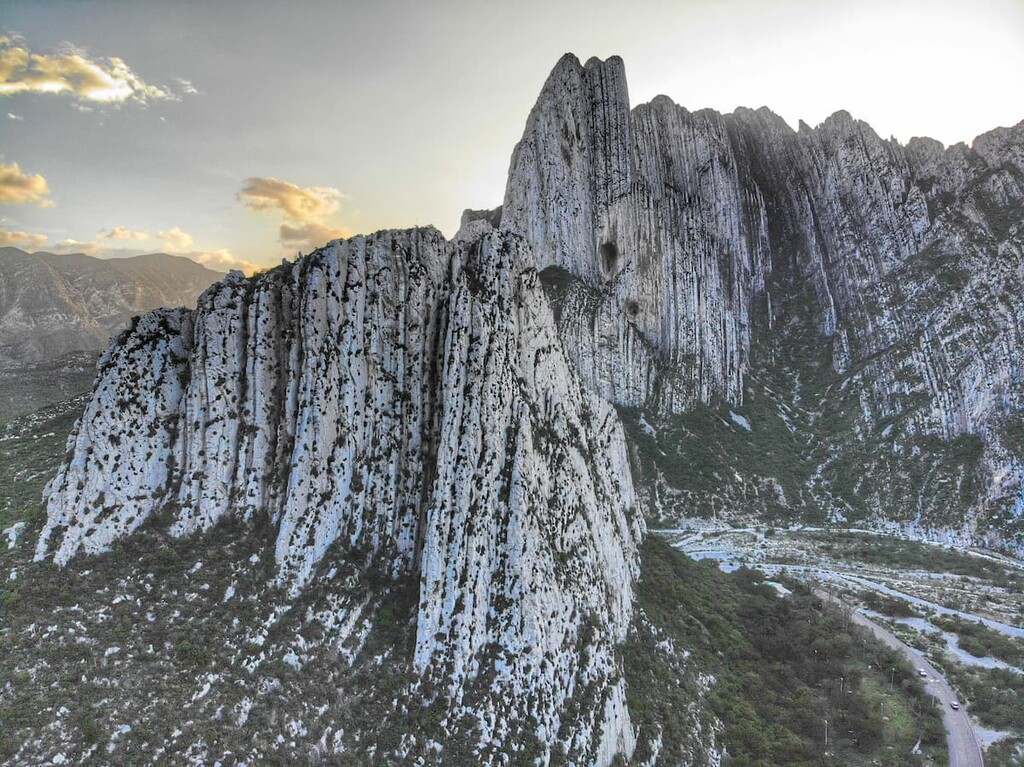 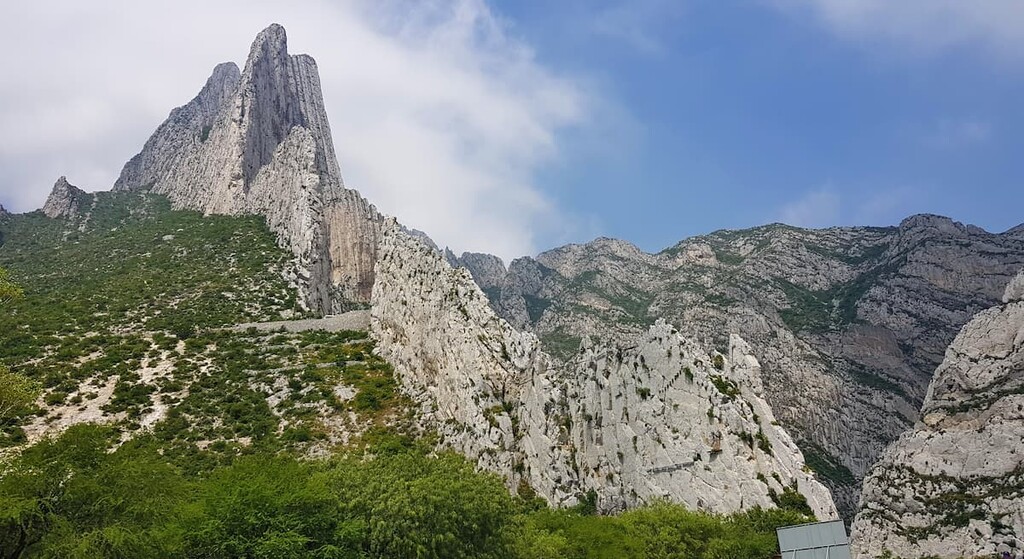 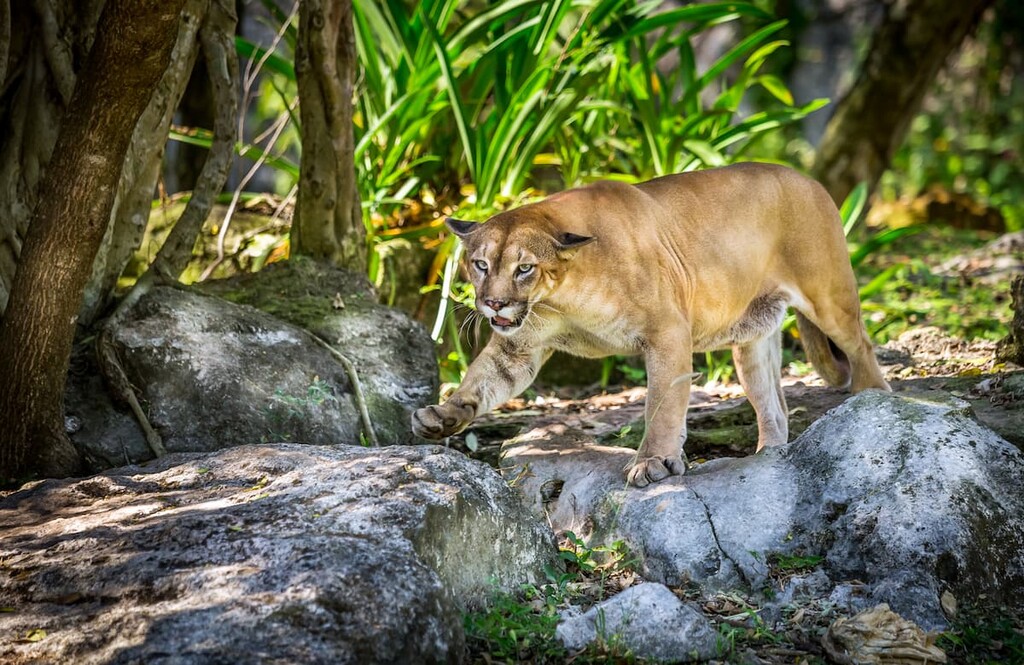 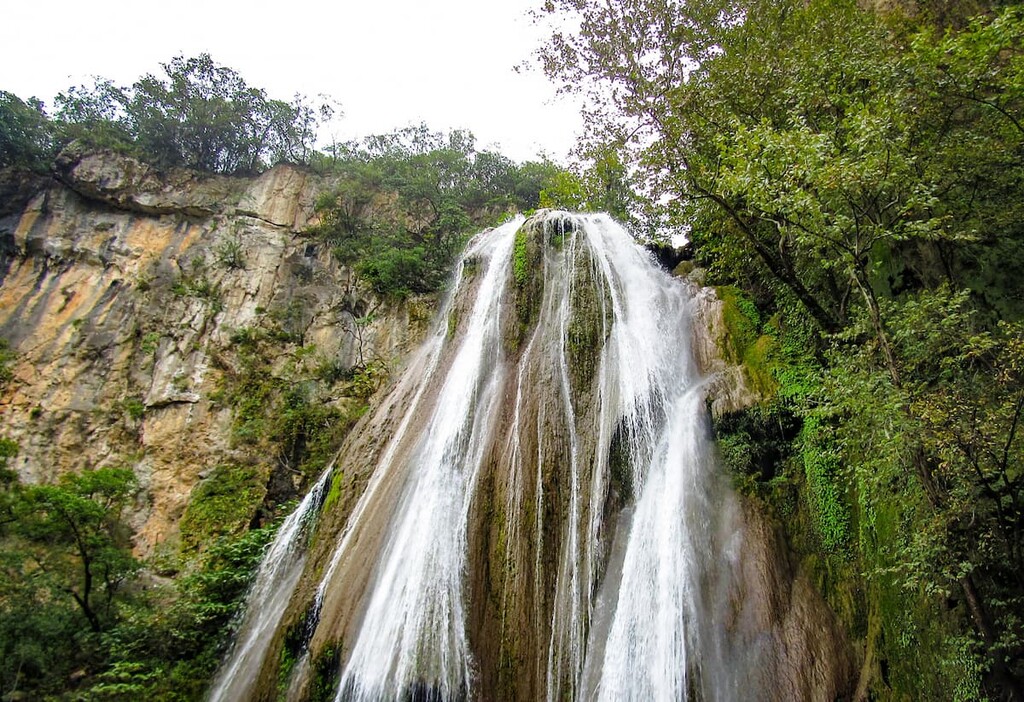 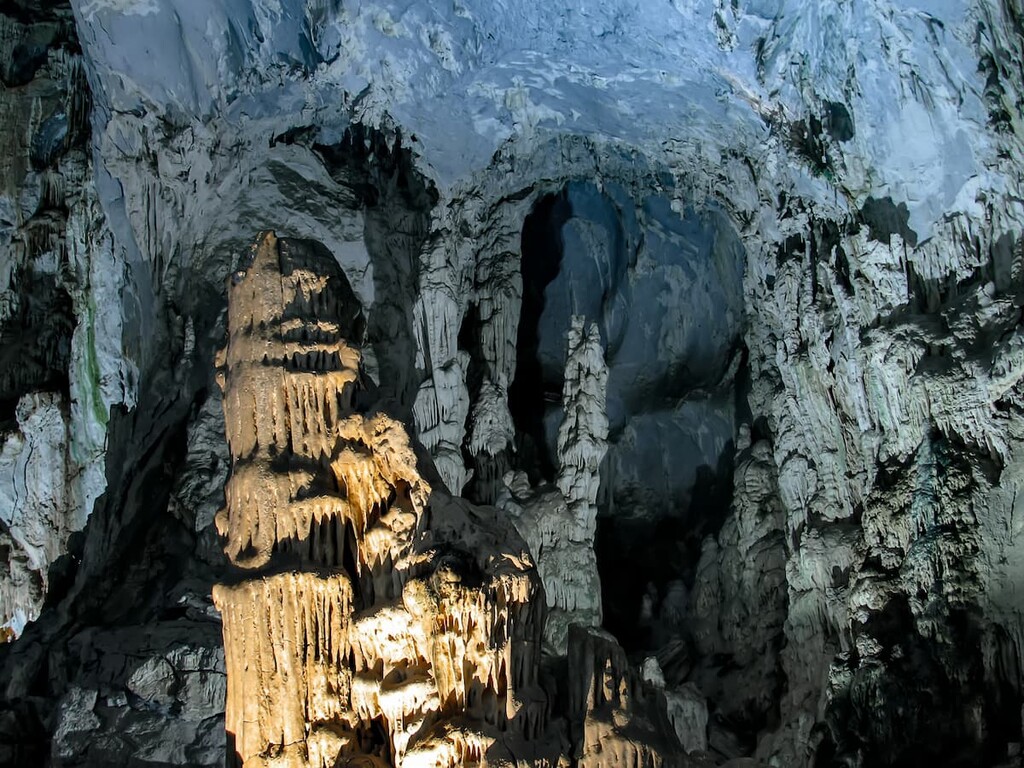