Although they may not be the tallest mountains in New England, the peaks of the Mount Holyoke Range State Park are some of the tallest around, offering spectacular views of the Pioneer Valley in the US state of Massachusetts. There are 4 named mountains in the park, the tallest of which is Mount Norwottock at 1,116 ft (337 m). 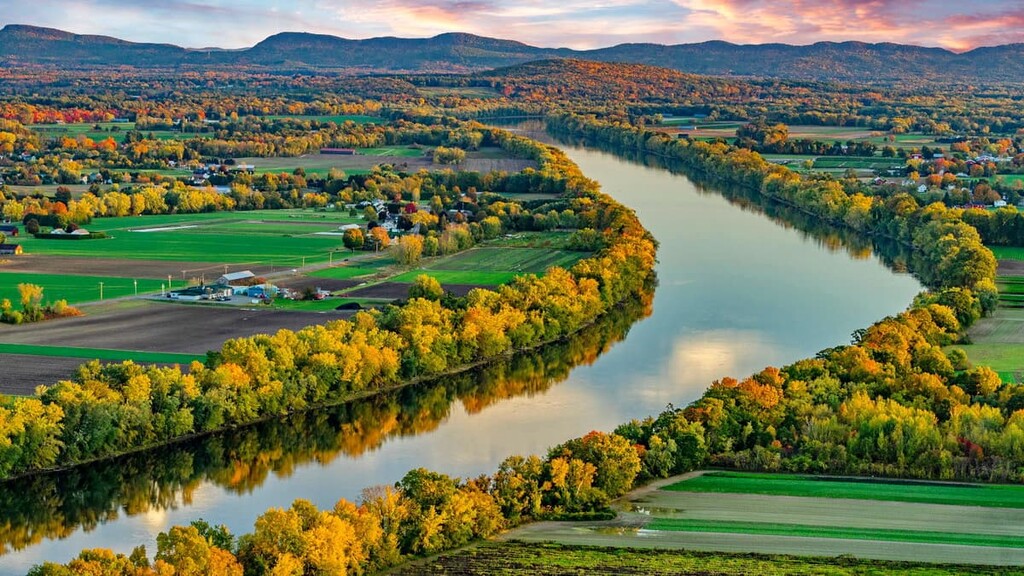 Mount Holyoke Range State Park covers some 3,000 acres (1,215 ha) of land in the towns of Amherst, Belchertown, Granby, Hadley, and South Hadley in Massachusetts. The park is centered around the traprock ridgeline of the Mount Holyoke Range, which runs for 7 miles (11 km) in an east-west direction between the Connecticut River and Belchertown.

Over 30 miles (48 km) of hiking trails cross the wetlands, streams, and high ridgeline of the Mount Holyoke Range State Park. The park is adjacent to Joseph Allen Skinner State Park, which covers the western half of the ridgeline. Many of the hiking trails here travel through both areas.

The area is popular for hiking and mountain biking, but it’s also used for hunting, horseback riding, snowmobiling, and cross-country skiing. There are restrooms and a visitor center but no campsites in the park.

One of the most notable features in the park is the Horse Caves, a series of ledges below the summit of Mount Norwottock. The area is also known for its unique microclimate which has helped it develop a distinct collection of ecosystems.

Mount Holyoke State Park is part of the Metacomet Ridge, a fault-block mountain that runs from the Long Island Sound on the shoreline of the state of Connecticut through Massachusetts almost to the state’s border with Vermont. The Mount Holyoke Range is unique because it runs east to west, while the rest of the Metacomet Ridge runs north to south.

The range is made up of sedimentary arkoses and basalt, the latter of which is sometimes called traprock. Basalt is dark-colored, extrusive volcanic rock that forms the distinctive tilted ledges of the range. These ledges are the result of lava flows that erupted about 200 million years ago from faults that appeared as the North American plate separated from Eurasia and Africa.

Sedimentary rocks built up between the layers of these basalt formations. Around 65 million years ago, the whole area began to uplift and tilt. The softer sedimentary rock eroded away around the basalt layers, producing the ledges and cliffs we see today.

The area also experienced glaciation intermittently during the last 100,000 years. The “rollercoaster” landscape popular with mountain bikers on the south side of the range was created by meltwater channels from glacial runoff.

The Mount Holyoke Range State Park is home to several unique microclimates, meaning the range can host wildlife and plant communities that are unusual for the area. The park is rated as one of Massachusetts' most important areas for biodiversity.

There are 7 specially listed animal species and 23 listed plant species in the park, including the blackpoll warbler, peregrine falcon, and Philadelphia panic grass. The rock outcroppings of the ridge make a good habitat for timber rattlesnakes, which are common in the area. The Mount Holyoke Range is also part of a seasonal raptor migration path.

Some of the unique microclimates in the range include dry, hot zones on the upper ridges of the park, which support eastern red cedar, chestnut oak trees, and understory ferns and grasses. Oak-hickory forests are common in the northern slope of the range, and there are also significant stands of eastern hemlock in the narrow ravines of the park.

There have been people living in the region of what is now known as the Mount Holyoke Range State Park for at least 12,000 years. There are archeological sites in the area from every major period since people first arrived in New England, indicating that the area was consistently inhabited by Indigenous peoples for millennia. The most prominent groups in the area of the Mount Holyoke Range before European contact were the Pocomtuc and Nipmuc Tribes.

Both the Pocomtuc and Nipmuc are Eastern Algonquian tribes who traditionally spoke Algonquian dialects. The traditional territory of the Nipmuc extends through what is now Rhode Island and eastern Connecticut into central Massachusetts, while the Pocumtuc were concentrated in the Connecticut River valley from Vermont to central Connecticut.

Some of the place names in the Mount Holyoke Range, including Mount Norwottock, come from Poctomuc place names. The nearby towns of Springfield, Hadley, and Northampton were all founded on the sites of Pocomtuc villages. Mount Greylock, the tallest peak in Massachusetts, is named after a Pocomtuc chief.

As some of the earliest Indigenous people to make contact with Europeans, the Nipmuc and Pocomtuc were severely affected by new pathogens such as smallpox. The Pocomtuc were decimated by disease and wars with surrounding tribes and colonists. After King Philip's War, most of the remaining members left the area and settled with Abenaki groups in Canada or further west.

The Nipmuc also faced disease and hardship after European settlement began. In the late 1600s, many Nipmuc and other Indiegnous peoples moved to “praying towns” set up by the English with the goal of assimilating Indigenous peoples to English culture and converting them to Christianity.

As expanding settlement increased tensions in the region, the colonial government decided to confine all Indigenous peoples to five of these praying towns. During King Philip's War, these communities were forcibly relocated and held captive as prisoners of war on islands in Boston Harbor.

The Nipmuc people were slowly forced to assimilate, and they fought along with other Massachusetts residents during the Revolutionary War and the Civil War. As a private community, the Nipmucs established and preserved their reservation at Hassanamisco, which still exists today. They received formal recognition from the state of Massachusetts in 1976.

Furthermore, the trails established by the Nipumuc and the Potomuc around the Mount Holyoke Range became roads and trade routes during colonial times. Colonists clear-cut the area for farming, but the rugged ridgeline remained largely untouched over the years. In the 1800s, as people in the newly formed United States became more interested in outdoor recreation, hotels and summer homes were built on the ridgeline.

One of these historic buildings is the Summit House, located next door in Joseph Allen Skinner State Park. The hotel was originally built in 1821. Today, it’s been restored and is open to the public.

With over 30 miles of trails, there are lots of hikes in the Mount Holyoke Range State Park to choose from. A park trail map is available from the state department of conservation and recreation. Here are some of the best trails to check out:

The Metacomet-Monadnock Trail (M-M Trail) is the most famous long-distance hiking trail in the area (and part of the even longer New England Trail). The M-M Trail runs 114 miles (183 km) over the traprock Metacomet Ridge from Connecticut to New Hampshire. A 10 mile (16 km) section passes through both the Mount Holyoke Range and Joseph Allen Skinner parks, summiting the highest peaks in each.

This is a challenging hike with as much elevation change as you can find in the area. Bring water and prepare for a long day of scrambling on the traprock ridges.

This popular loop trail takes you to the highest peak in the Mount Holyoke Range for stunning views over the whole Pioneer Valley. To reach the summit in a loop, you’ll have to combine the Robert Frost Trail and the Metacomet-Monadnock Trail, so make sure to check a map before heading off. You’ll also have a chance to visit the Horse Caves on this hike.

If you’re looking for views but short on time, this hike is a good choice. While the views from Bare Mountain aren’t as good as those from other peaks in the park, it’s worthwhile because you can finish the whole hike in under an hour. Be warned though, this hike is short but very steep.

If you’re looking for where to stay near the Mount Holyoke Range State Park, here are some good choices.

Northampton is an eclectic college town of nearly 30,000 people. It is generally regarded as an academic and cultural center in the region.

Northampton is home to Smith College, a historic private women's college. Smith is part of the Five College Consortium, a group that includes Amherst College, the University of Massachusetts Amherst, Mount Holyoke College, and Hampshire College, all of which are located in the surrounding towns. The colleges dominate the culture and economy in the area.

There are lots of attractions for visitors in the walkable downtown area and around Northampton, including museums and two historic theaters. Visitors can also check out the Smith College Botanical Gardens, which was designed by famed landscape architect Frederick Law Olmstead.

With 150,000 people, Springfield is the third-largest city in Massachusetts and the fourth largest in all of New England. Of the 34 towns and cities in the US named Springfield, the Western Massachusetts hub is the oldest, having been founded in 1636.

If you’re looking for an unusual museum experience, the town has a Dr. Seuss Museum, a Titanic Museum, and the Springfield Armory, where weapons were manufactured for the US Army from the Revolutionary War through 1968. While there are numerous cultural and historic attractions in town, the two biggest draws to the area are the MGM Casino in downtown Springfield and Six Flags amusement park in nearby Agawam. 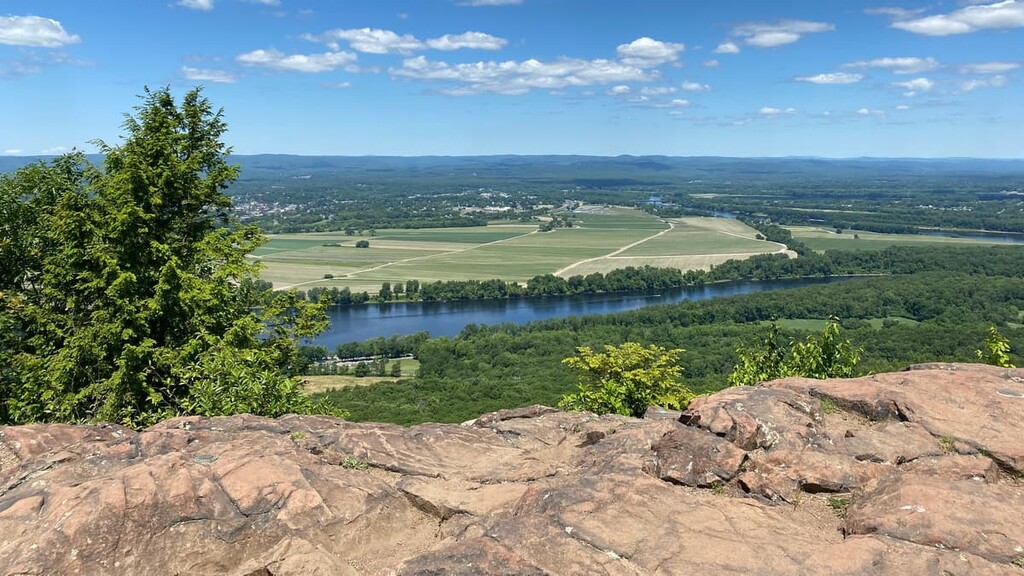 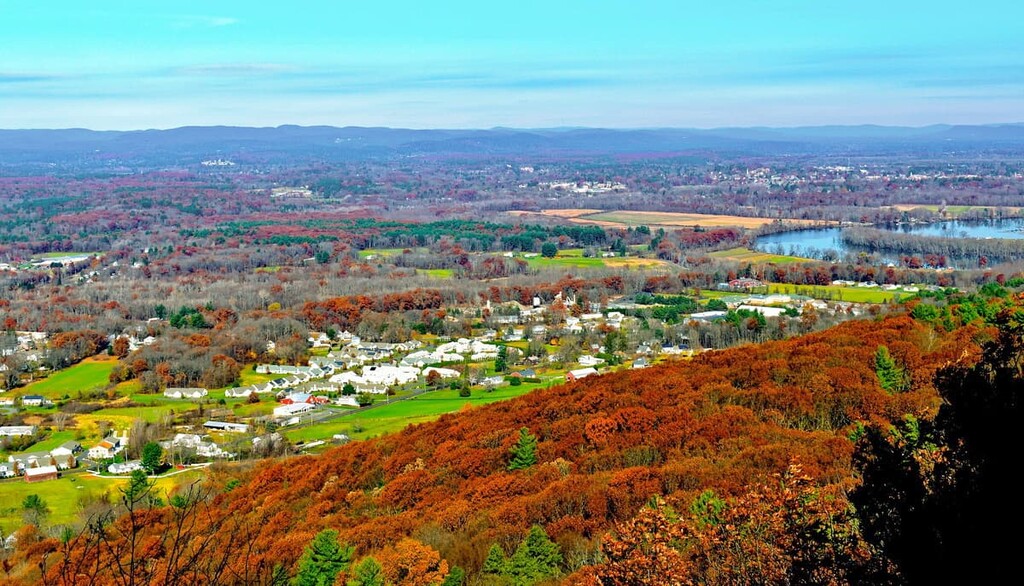 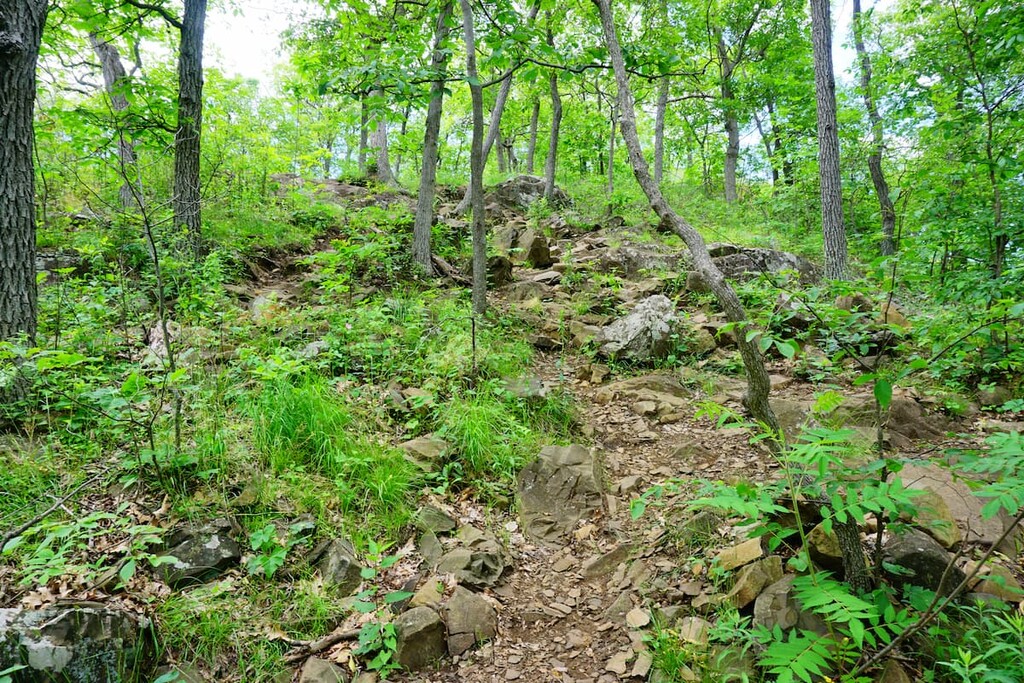