Mark Twain National Forest is a large area of federally managed land located in the central and southern parts of the US state of Missouri. The expansive forest consists of a number of sections that include land throughout the southern half of the state. Mark Twain National Forest contains 203 named mountains, the tallest of which is Bell Mountain at 1,703 ft (519 m) and the most prominent of which is Matthews Mountain with 554 ft (169 m) of prominence. 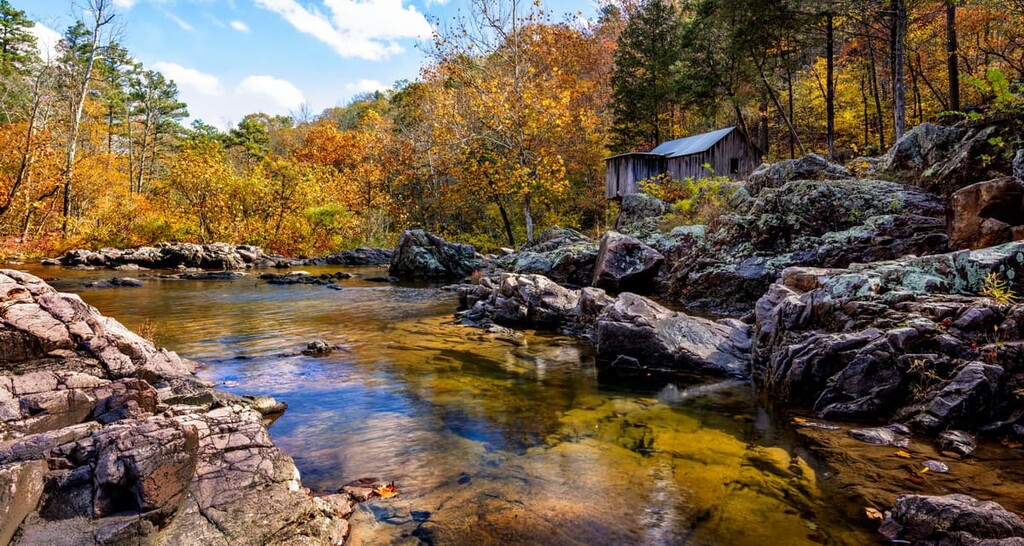 Mark Twain National Forest is situated in southern Missouri and is broken down into numerous subdistricts. The forest spans 1.5 million acres (607,000 ha). The protected land encompasses over 10% of the state’s forested land.

The forest is broken up into 11 land units that are managed as part of 6 ranger districts. Despite its relatively small size when compared to national forests in the western United States, the Mark Twain National Forest is located in 30 counties, which is substantially more than any other forest.

Large amounts of the landscape in the Mark Twain National Forest are dominated by densely forested rolling hills. As such, elevation changes are generally quite mild within the forest.

One of the defining features of the forest is Greer Spring. The spring is the largest within a national forest and it has a daily flow of over 200 million U.S. gallons (757 million liters). There are a number of other rivers that run throughout the forest, providing the region with plenty of swimming holes for visitors to check out.

Additionally, Mark Twain National Forest is surrounded by other popular outdoor recreation areas. To the south, in Arkansas, lie both Ozark-St. Francis National Forest and Ouachita National Forest. Meanwhile, the forest is located within driving distance of the Ozark National Scenic Riverways, which is situated to the north in Missouri.

The geological history of the Ozarks region is unique and varied. Millions of years ago, when the South America plate came into contact with the North American plate, the land that is now the Ozark Plateau was thrust upward.

Soluble rocks formed much of the now-raised land mass. Over time, the deep erosion of this portion of land left behind karst formations. Today the forest is home to various springs, streams, caves, and sinkholes.

Because of this abundance of karst formations, Missouri is known as the “Cave State,” with over 7,000 caves having been recorded in the region alone. There are thousands of springs throughout the forest whose waters have carved out the land over millions of years.

Beneath the forest’s floor lies large deposits of zinc, lead, and copper ore. As a result, there is a long history of mining in the region.

Mark Twain National Forest is home to a vast amount of biodiversity. The eastern stretches of the forest are home to predominantly oak forests while the southern stretches are dominated by pine trees.

Other species of trees include hickories, yellow poplar, flowering dogwood, and sugar maple. Wildflowers are also abundant throughout the region during the summer months.

The forest is home to over 300 species of birds and 75 species of mammals. Common animals within the forest boundaries include wild turkey, whitetail deer, opossums, rabbits, raccoons, ducks, geese, bobcats, and coyotes.

While seeing a black bear is uncommon, they do occasionally enter the national forest. Feral hogs are also found throughout the entire forest.

The Mark Twain National Forest was inhabited for thousands of years prior to the arrival of Europeans. People of the Mississippian culture are believed to have lived in the region as early as about 9,000 BCE.

There are currently no federally-recognized tribes within Missouri. However, before the arrival of European and European-American settlers, the region was home to a number of Indigneous communities. Many tribal nations that are headquartered outside of what is now Missouri have traditional ties to the region, including the Quapaw Nation, Osage Nation, Otoe-Missouria Tribe, Shawnee Tribe, Chickasaw Nation, and the Sac & Fox Nation.

The first peoples of European descent to have visited what is now the Mark Twain National Forests were likely French and French-Canadian fur traders who arrived in the late seventeenth century. The region was then claimed by France until it was ceded to Spain as part of the Treaty of Fontainebleau. It was soon returned to France and then sold to the US as part of the Louisiana Purchase.

During the 1870s, extensive logging took place throughout much of southern Missouri. Over the course of 50 years, overlogging had taken its toll on the land and destroyed much of the region’s native forests.

Today the forest is home to over 750 miles (1,200 km) of hiking trails. Many of the trails can also be used for mountain biking and horseback riding. The 350 miles (560 km) of streams in the forest also make rafting, floating, and kayaking popular activities in the region.

Mark Twain National Forest is home to numerous trails that make for a great adventure. Here are some of the top hiking areas to visit in the forest:

This out and back trail takes visitors through sections of old growth forest before reaching the second largest spring in the entire state. Numerous signs can be found at the trailhead further explaining the history and importance of the springs.

This portion of the trail offers numerous swimming holes, igneous glades, open vistas, and unique rock formations as it winds through the forest. The route can also be shortened to make it an out and back day hike.

The Berryman Trail is a backpacking loop totaling 27 miles (44 km) in distance with 2,529 ft (771 m) of elevation gain. This gentle loop showcases the unique features of the forest. Though there are some more rugged and rooty sections of trail, the loop has numerous road crossings that make it more accessible for folks looking for a shorter hike.

Looking for a place to stay near Mark Twain National Forest? Here are some of the best cities and villages to check out in the region:

Located in southwestern Missouri lies the city of Springfield. The city has a population of around 170,000 people, making it the third most populous city in the state. The nickname of Springfield is “Queen City of the Ozarks” due to its close proximity to outdoor activities.

Besides being surrounded by an abundance of trails, Springfield is home to numerous museums and Civil War monuments. Each year, the city also hosts the Missouri Food Truck Festival.

The city of St. Louis is located along the eastern border of the state of Missouri near Illinois. With a bi-state metro population of nearly 3 million people, St. Louis is the second largest city in the state. One of the most iconic features of the city is the Gateway Arch, the world’s tallest artificial arch.

Besides its unique architecture, St. Louis is also known for having a large number of free tourist attractions, including a multitude of museums, science centers, and parks. The Delmar Loop region of the city is known for its famous restaurants, galleries and boutiques. 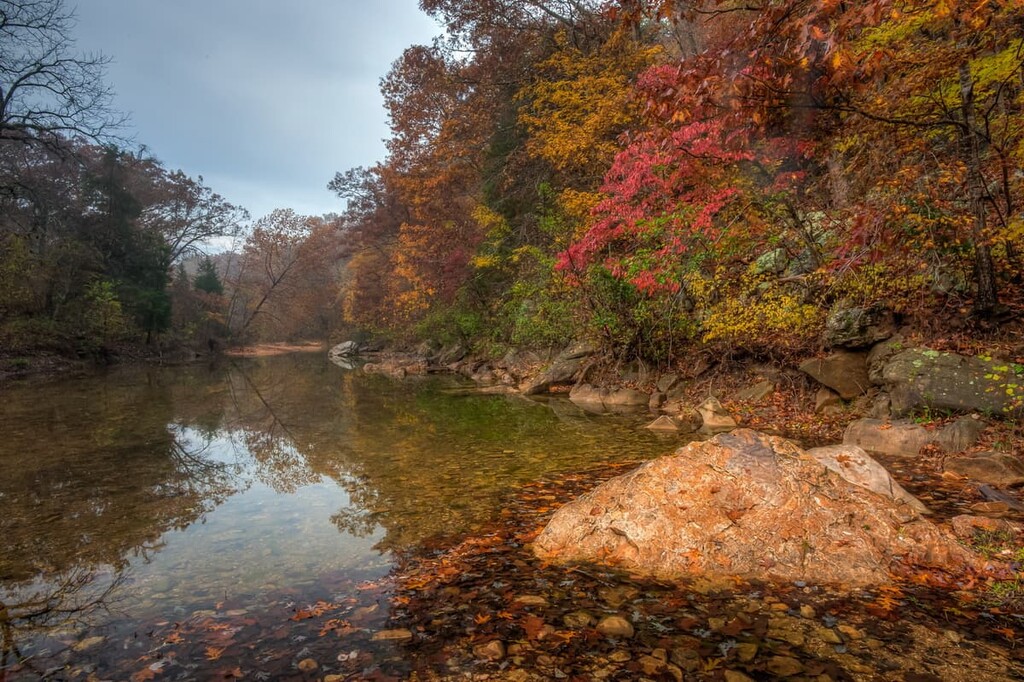 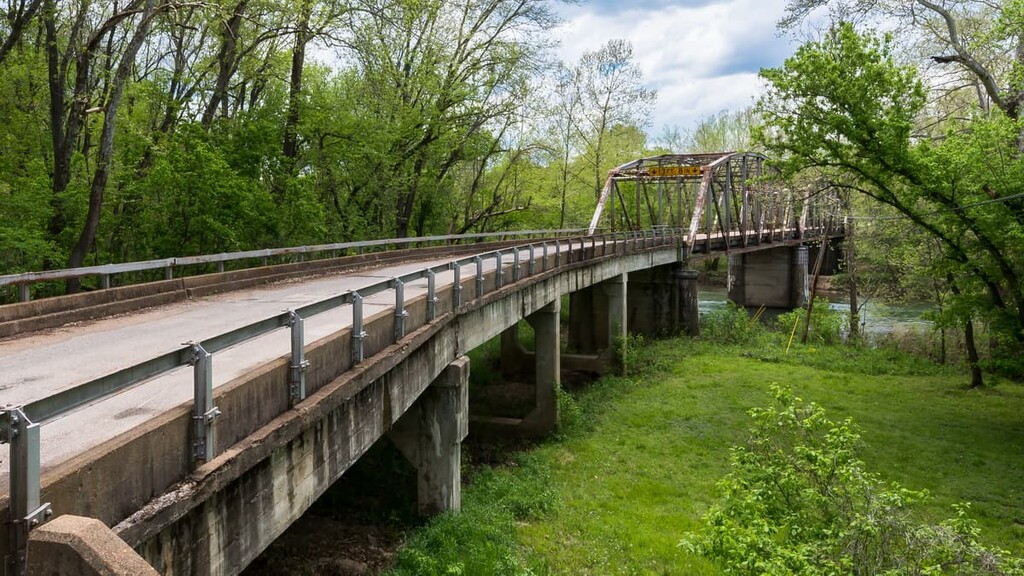 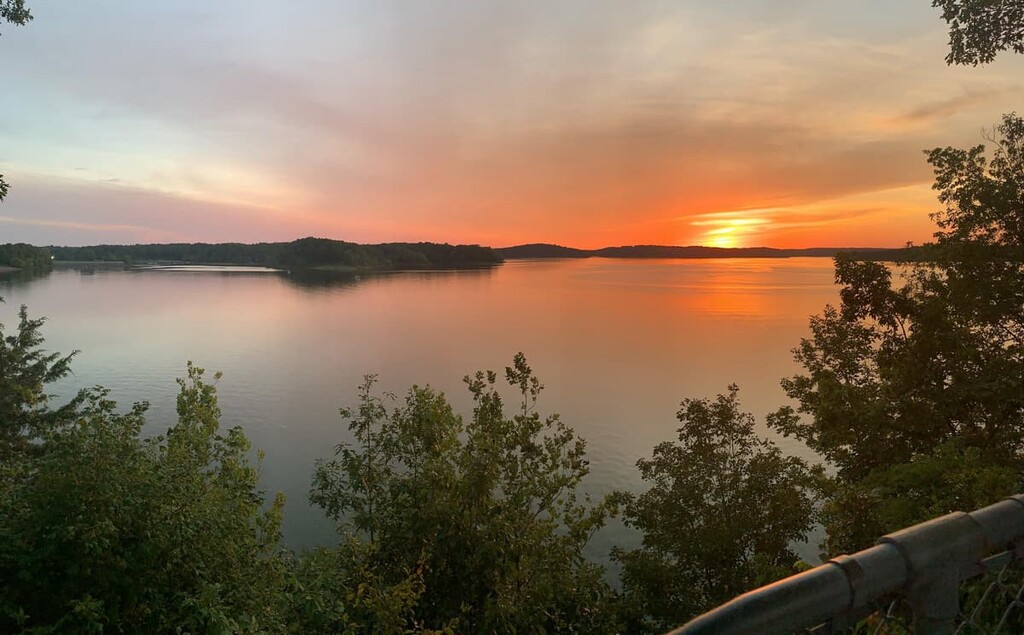 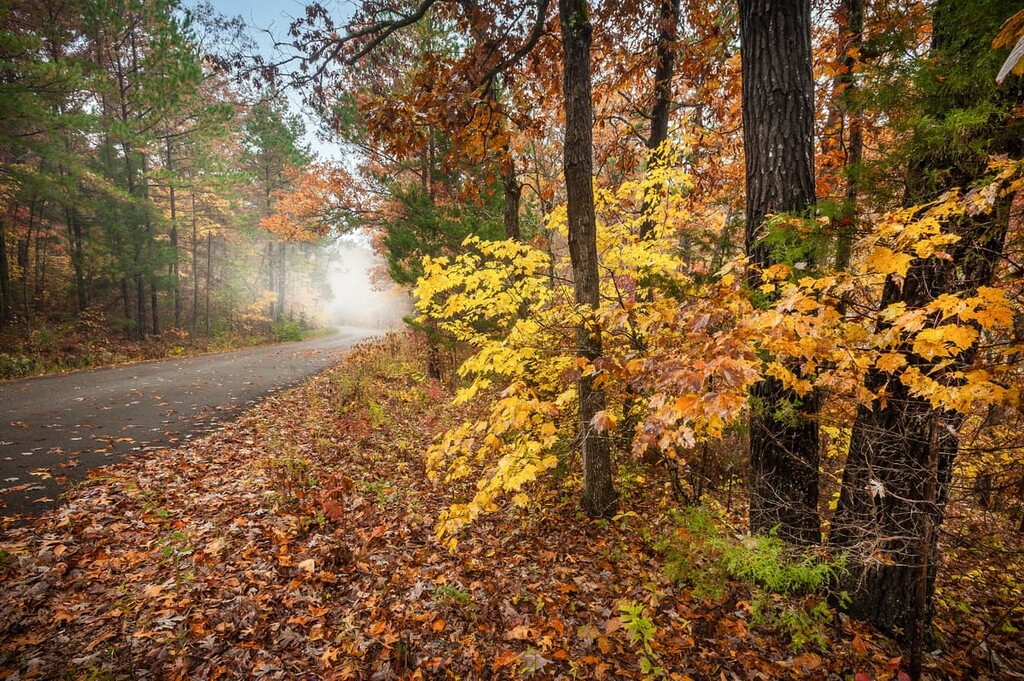 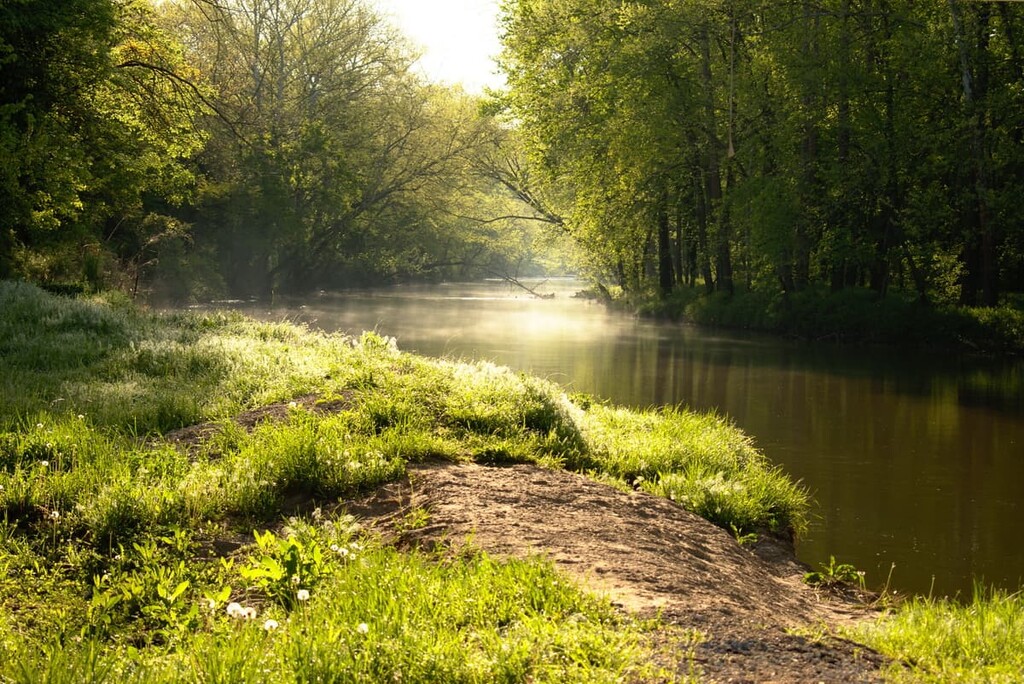 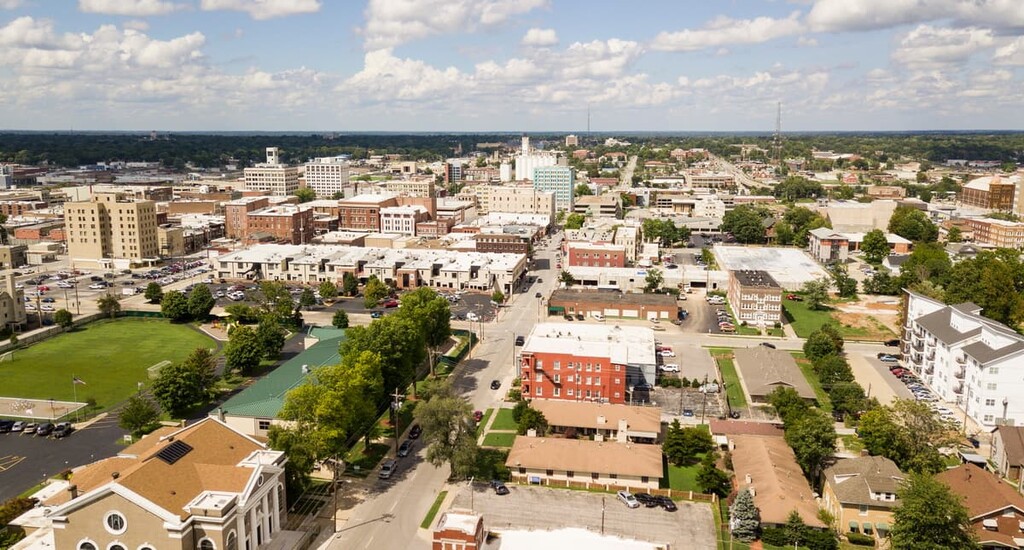 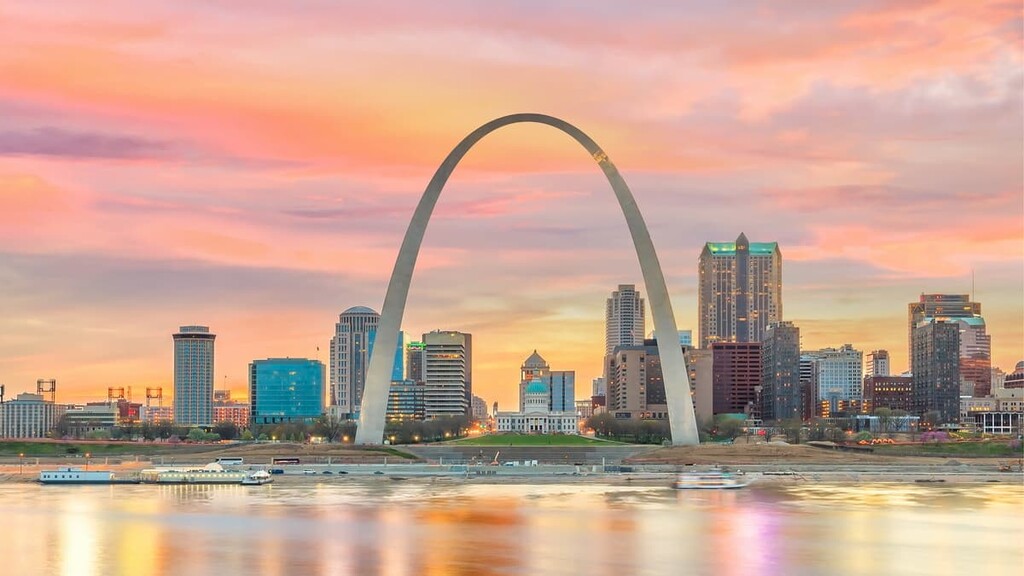