Featuring stunning Aztec ruins and a rich collection of cultural artefacts, Parque Nacional El Tepozteco is a federally protected area located in both Morelos and Mexico City in Mexico. The park contains 16 named mountains, the highest and most prominent of which is Chichinuatzin (3,460m/11,352ft). 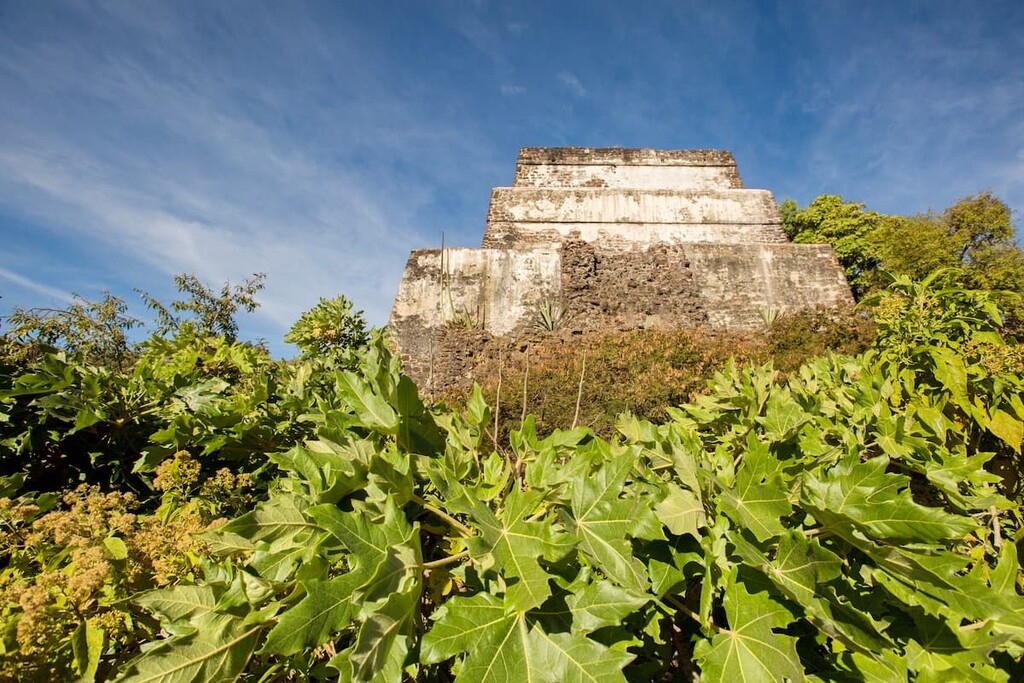 Parque Nacional El Tepozteco (Tepozteco National Park, or, more commonly, El Tepozteco) is a federally protected archaeological and cultural area in central Mexico. The park is located partly within the administrative boroughs (alcaldías) of Milpa Alta and Tlalpan in Mexico City, as well as in the municipality (municipios) of Huitzilac and Tepoztlán in Morelos.

El Tepozteco is 24,000 hectares (59,000 acres) in size and it is located just to the south of Mexico City, placing it within driving distance of the largest city in all of North America. Furthermore, the park is located in a highly mountainous region near a whole host of other protected areas.

Covering parts of the states of Jalisco, Colima, Guanajuato, Querétaro, Hidalgo, Veracruz, Tlaxcala, Puebla, Guerrero, Morelos, México, Michoacán, and Mexico City, the Cordillera Neovolcánica has a long history of volcanism. The mountains in the range include some of the highest in all of Mexico, including Pico de Orizaba, Nevado de Colima, Nevado de Toluca, Popocatépetl, Iztaccíhuatl, and Cofre de Perote.

The mountains in El Tepozteco, along with the rest of the peaks in the Cordillera Neovolcánica, likely formed as a result of the subduction of the Rivera and Cocos plates below the much larger North American plate. This led to widespread volcanism throughout the region and the formation of the landscape that we see today.

Although it’s best known as an archaeological and cultural site, El Tepozteco is also home to a wonderful diversity of flora and fauna.

The park is located within a heavily forested area that boasts a mix of junipers, oak, and other neotropical trees. Other major plants found in the park include mesquite, Montezuma cypress, ceibas, and grasses.

Within the park, wildlife is particularly abundant, and visitors have a decent chance of spotting white-tailed deer and lynx. There are also hundreds of bird species, as well as a funky mammal known as the coati, which likes to congregate around people and beg for food. However. it’s important to note that visitors should never feed the wildlife in the park.

As an archaeological site, Parque Nacional El Tepozteco is bursting at the seams with rich cultural heritage. The park itself is designed to protect the remains of a temple known as El Tepozteco, which is believed to have been built by the Aztecs between 1200 CE and 1300 CE.

It is believed that the temple was built to honor Ometochtli-Tepoxtécatl, the god of pulque (octi), which is a type of alcoholic drink derived from sap of the agave plant. Pulque was particularly important in Aztec society as it was used in a number of religious rituals.

By the sixteenth century, Spanish conquistadors had made it to the area, leading, of course to the fall of the Aztec Empire. Hernán Cortés was also believed to have ordered an attack on the nearby town of Tepoztlán during the 1520s.

After the fall of the Aztec Empire, the region around El Tepozteco actually became a fairly popular retreat destination for wealthy inhabitants of nearby Mexico City due to its nice climate. However, much of the population center of the region remains to the north of El Tepozteco.

El Tepozteco was declared to be a protected area in 1937, which helped to protect the region’s extensive cultural and archaeological sites, as well as its fantastic biodiversity. It remains a very popular tourist destination, thanks to its proximity to Mexico City and its ease of access from the nearby town of Tepoztlán.

Parque Nacional El Tepozteco is a fairly small protected area. But, it offers a great assortment of outdoor recreation opportunities for all to enjoy.

Perhaps the most popular activity in the park, the trek to the ruins of El Tepozteco is a must for all visitors. The hike is about 2.6km (1.6 mi) each way from the town of Tepoztlán and it involves quite a lot of step climbing to reach the archeological site that is the focal point for the park.

To reach a viewpoint near the ruins, you’ll also have to pay an entrance fee, so be sure to bring cash during your trip. Once you’re at the ruins, you can gaze out over a centuries-old stone temple and get excellent views of the surrounding area.

Looking for the best place to stay before or after your trip to El Topozteco? Here are some of the best cities to check out:

The capital and largest city in Mexico, Mexico City (Ciudad de México) is located just to the north of El Tepozteco. Mexico City is home to about 9 million people, though around 21 million live in the Greater Mexico City Area.

Technically speaking, El Tepozteco is partly located within two administrative subdivisions of Mexico City. However, the heart of the city is located a short drive to the north, which makes it an excellent place to stay during your adventures.

Mexico City is also home to a number of important cultural sites, making it a great place to visit in its own right. The city has a large public transportation system, an international airport, and many road links to the surrounding area to facilitate seamless travel for visitors and locals, alike.

Situated just to the southwest of El Tepozteco, Cuernavaca is the capital and largest city in the state of Morelos. It is home to some 300,000 people and it has long been a popular tourist destination thanks to its fantastic climate and proximity to Mexico City.

If you stay in Cuernavacas during your trip to El Tepozteco, you have a whole host of other cultural sites to check out. In particular, the city is home to the Palacio de Cortés, which was the residence of Hernán Cortés, as well as the stunning Cuernavaca Cathedral.

The city of Cuautla is located to the southeast of El Tepozteco in the state of Morales. Cuautla is home to about 150,000 people, making it the second largest city in the state. It has a strong agricultural economy as well as a rapidly growing tourist industry.

Cuatla’s proximity both to El Tepozteco and to other major attractions and cultural sites are a big part of its tourism industry, though the city is also known for its many natural springs and water parks. The city is also just around 2 hours from Mexico City, so it’s easy enough to get to by road.

Located in the heart of Parque Nacional El Tepozteco, the town of Tepoztlán is home to about 14,000 residents. It offers unparalleled access to El Tepozteco and, as such, is a major tourist destination in the area.

In addition to El Tepozteco, the city also boasts a number of popular destinations, such as its outdoor market and the Tepoztlán Ex Convento Museum, the latter of which is a UNESCO World Heritage Site. Tepoztlán is also known for its annual Day of the Dead (Día de Muertos) festival. 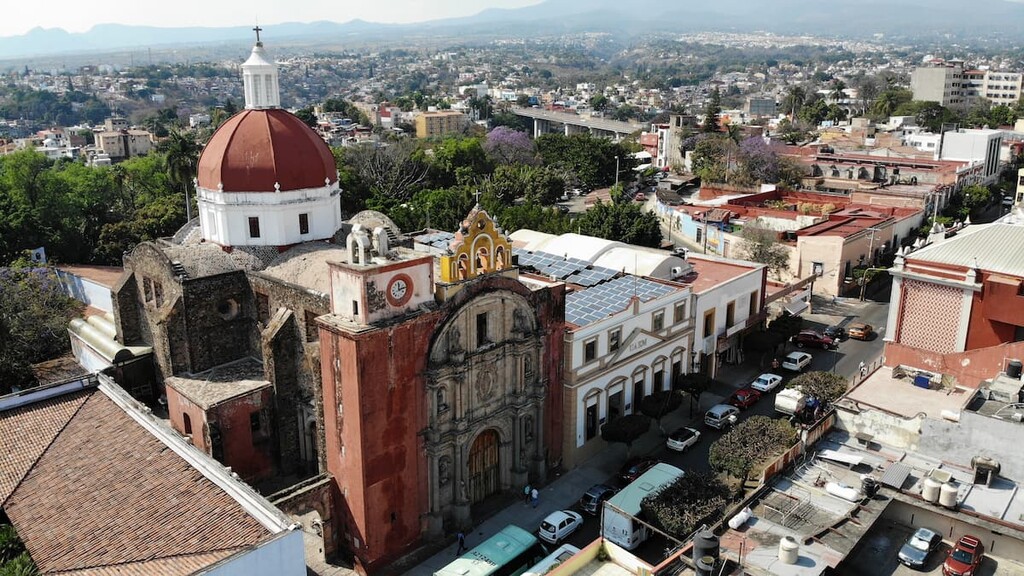 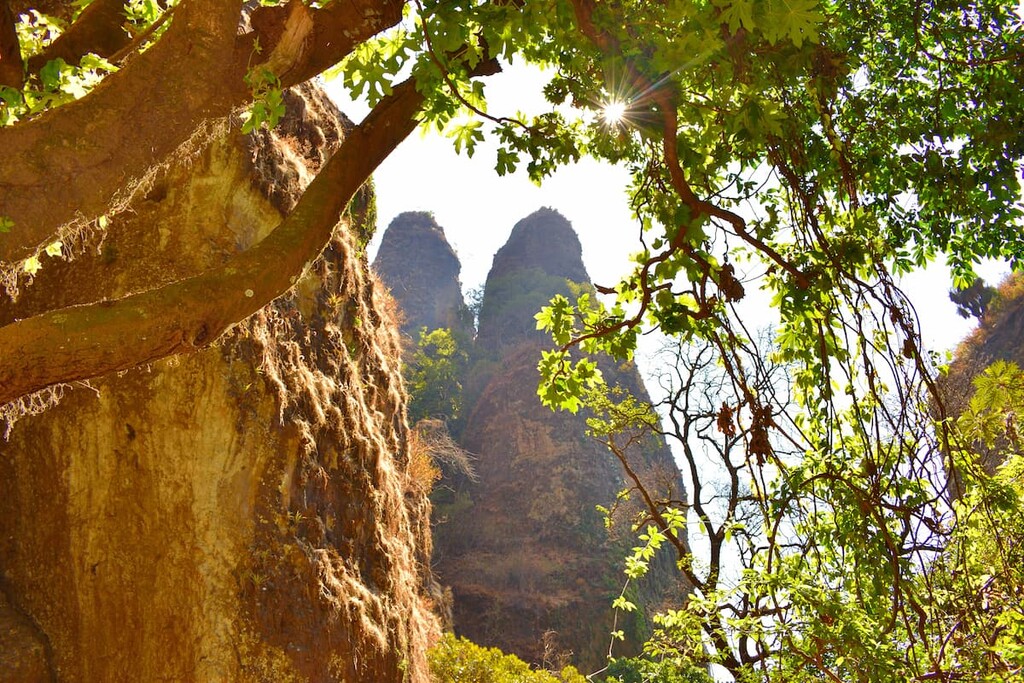 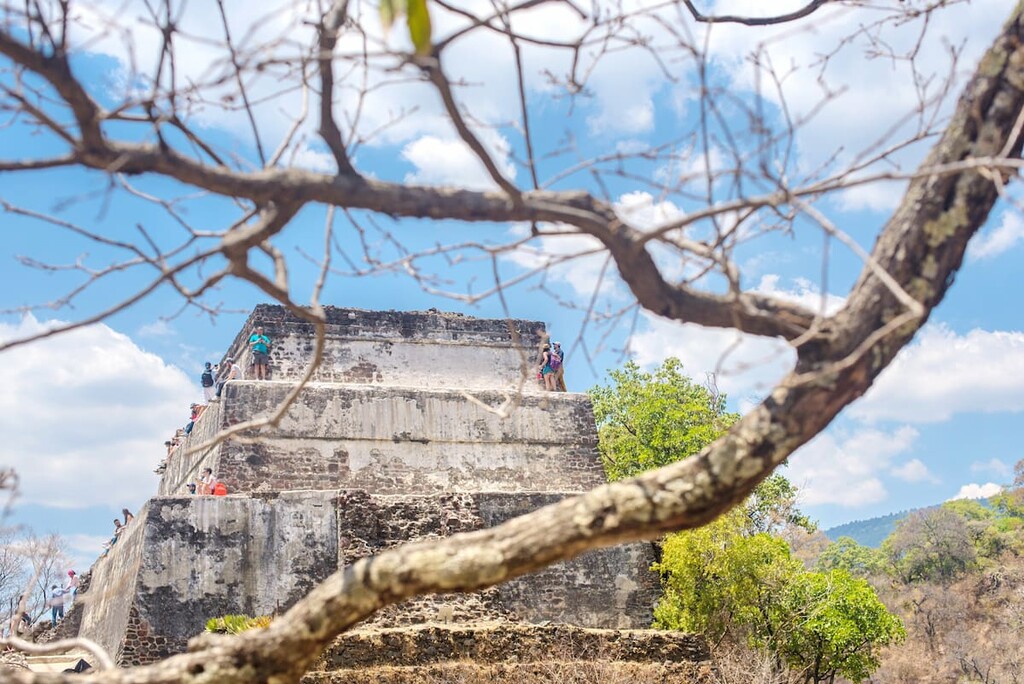 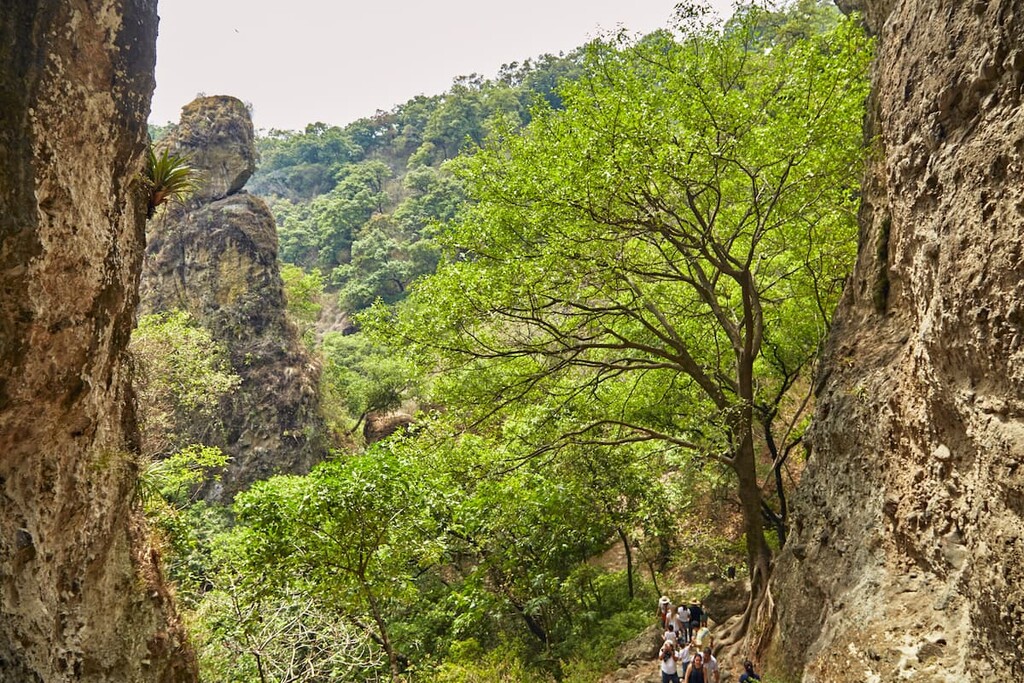 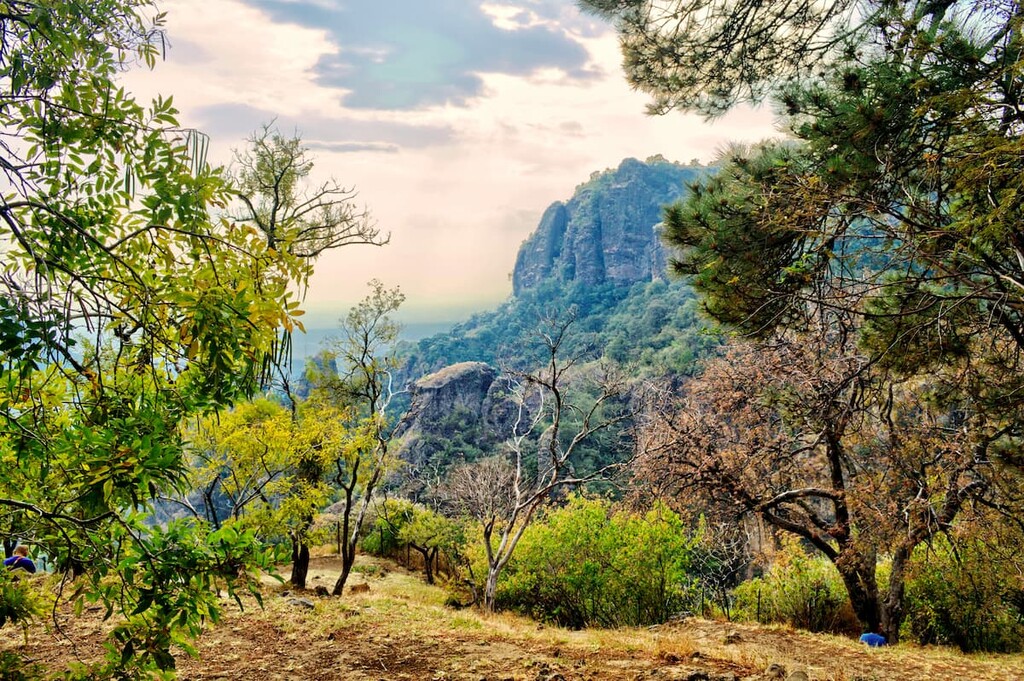 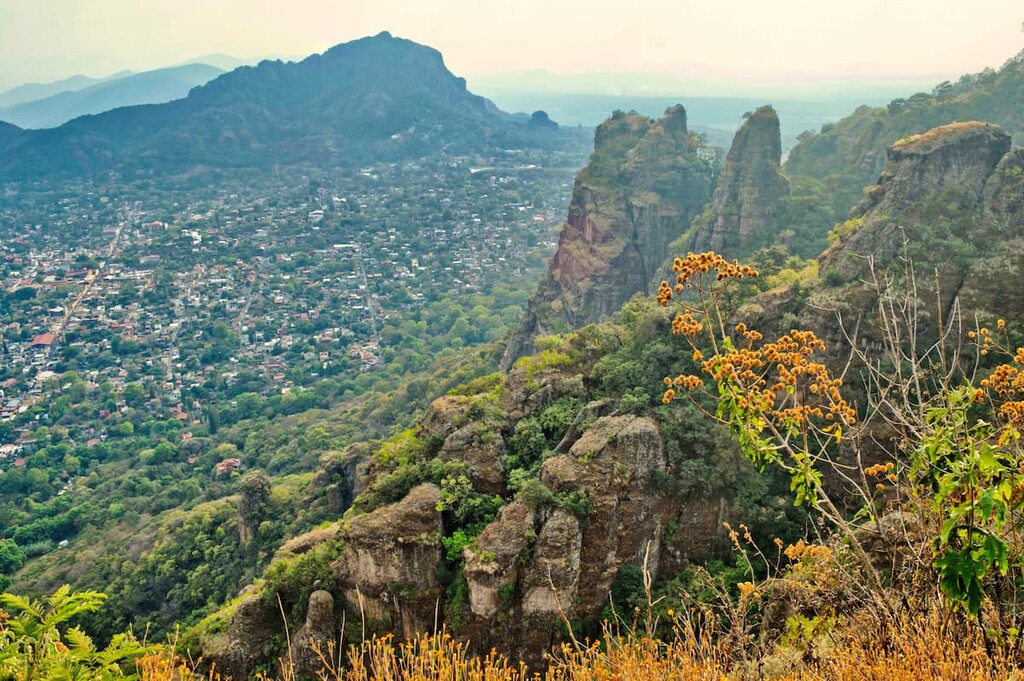 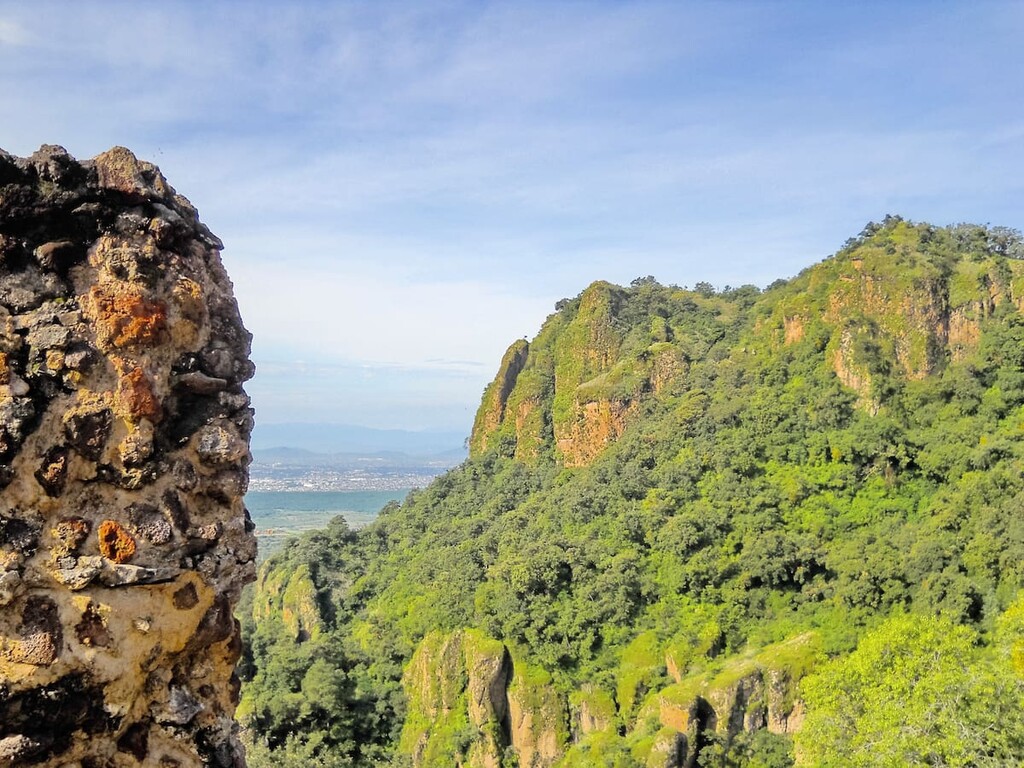