Alpe Veglia and Alpe Devero Natural Park is a mountainous protected area that’s known for its steeply walled and picturesque valleys. Tucked within the Alps of northwestern Italy the park showcases some of the best mountain views in the country. There are 85 named peaks in the park, the tallest and most prominent of which is Monte Leone at 3,553 m (11,657 ft) in elevation and 1,134 m (3,720 ft) of prominence. 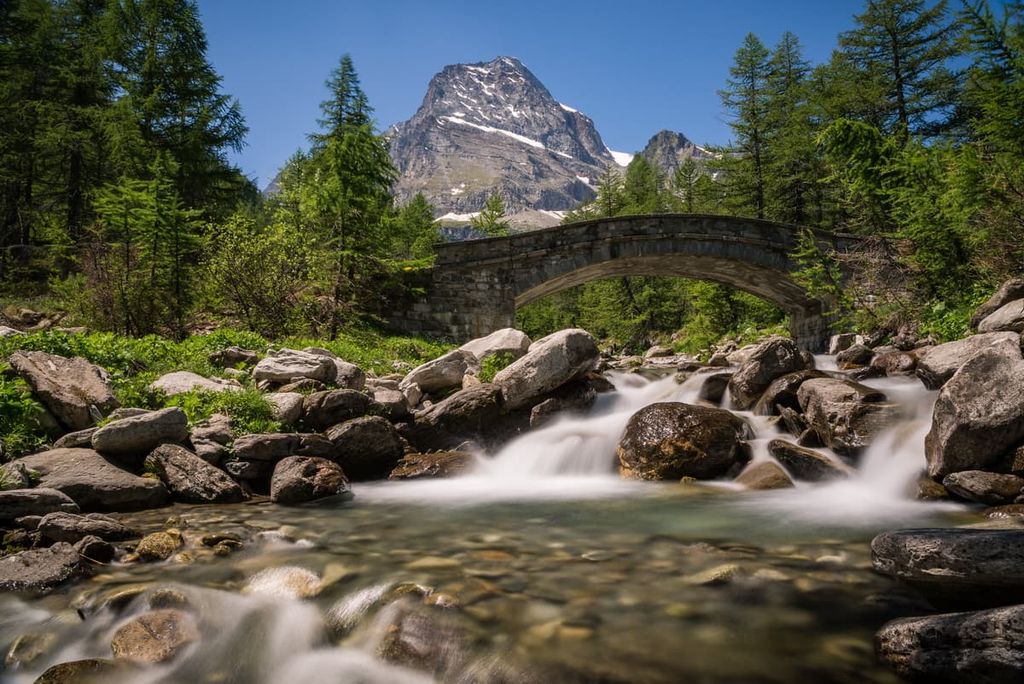 Alpe Veglia and Alpe Devero Natural Park (Parco naturale dell'Alpe Veglia e dell'Alpe Devero) is a stunning protected area that’s enclosed by the Antigorio, Formazza, and Divedro Valleys. Situated along the northern border of Italy, in the province of Verbano-Cusio-Ossola in the Piedmont region, the park offers some of the most beautiful landscape that the Italian Alps have to offer.

The two distinct valleys within the park, Veglia and Devero, are characterized as wide glacially carved landforms. Veglia is some 41.2 sq km (16 sq miles) in length while Devero is approximately 66.7 sq km (25.8 sq miles) long.

The mountains that surround the valleys are part of the Lepontine Alps and Monte Leone is the park’s most defining feature. Despite the high elevations in the park, both valleys are home to large forested sections with alpine meadows found above the treeline.

The geological history within Alpe Veglia and Alpe Devero Natural Park is closely linked to the formation of the Alps.

The peaks in the park began forming during the Late Cretaceous and Tertiary periods during the Alpine orogeny. As the African and Indian plates (among others) traveled northward, they collided with the Eurasian plate. This collision eventually led to the uplift and formation of the Alps.

Prior to this collision, the Tethys Ocean lay between the ancient continents of Laurasia and Gondwana. As the ocean closed up, the sedimentary deposits found at the bottom of the ocean formed many of the sedimentary rocks that we see in the region today. Continual collision between the two plates resulted in recumbent folds that shaped the peaks of the Alps.

The Lepontine Alps are located along the border of Italy and Switzerland. The main ridgeline of the range is marked by an irregular curve that is convex to the north.

The abundance of streams and rivers in Alpe Veglia and Alpe Devero Natural Park allow for flora and fauna to thrive in the region. The dominant tree species in the park is larch.

Larch forests are found amidst the steep hillsides though alder trees are also common. Other trees found throughout the park include the Norway spruce and mountain pine. Higher elevations are home to rhododendrons as well as various dwarf shrubs.

Marmots are often spotted nearly the waterways within the park. Other common species include ibex, chamois, red deer, squirrels, badgers, and mountain hares.

Many of the lakes are home to both trout and graylings. The skies are inhabited by golden eagles, black grouse, and rock ptarmigan. Wetlands create the ideal habitat for the common frog and Alpine newt.

The region surrounding Alpe Veglia and Alpe Devero Natural Park has been inhabited by humans for thousands of years.

Just south of the park lies the Ossola Valley, where archeological evidence shows that humans lived prior to the establishment of the Roman Empire. The Romans conquered the region in 12 BCE. At the time, present-day Domodossola was the major city of Leponti.

The valley was invaded by the Gauls and saw frequent fighting during a period that lasted until about the fifth century. In 1014, long after the fall of the Roman Empire, the valley became ruled by the Bishop of Novara.

In the centuries that followed, the small communities in the region continued to grow, partially due to the fact that the region provided the ideal conditions for cattle grazing.

In the thirteenth century the valley was further colonized by the Germanic people of Valais, who inhabited much of the land north of the present day park. In the seventeenth century the land became part of the Swiss Confederation.

During World War II, the city of Domodossola led a resistance movement against the Nazis when it declared a free partisan republic and also declared independence from Italy. However, the Nazis quickly crushed the rebellion and the city rejoined the Italian Social Republic.

Alpe Veglia and Alpe Devero Natural Park is home to numerous trails for hiking and outdoor recreation. Here are some of the most popular trails and destinations in the park:

The trail climbs through the forest before reaching alpine meadows as the rugged peaks tower above. After traveling over small streams, hikers reach the beautiful Lago Nero with its crystal clear waters.

The Alpe Devero - Lago di Devero trail is a mountainous route. After passing through forested patches and alpine pastures, the trail reaches Crampiolo. Crampiolo is a small community full of historical houses along with mountain huts and restaurants.

The trail then reaches Lago di Devero. The trail circles around this large lake with views of the surrounding Alps reflected on the clear alpine waters. This loop route is 12.6 km (7.8 miles), long and often takes hikers around 3 hours to complete.

The Alpe Veglia - Lago del Bianco trail climbs steadily up through a larch woods before reaching the alpine terrain. Waterfalls trickle throughout the route during the summer months. After climbing amidst the rocky hillside, hikers reach Lago del Bianco with Monte Leone towering above.

This dominant peak is reflected in the crystal clear waters of the lake, which is surrounded by wildflower meadows. The trail then descends back down a different path back to the starting point.

The Veglia Cirque Trail takes visitors on a tour of the ancient settlements of the region. The route usually takes about one hour to complete and has detours that you can check out if you’re looking for more of an adventure.

Hikers can see the Giant’s Kettles, which were created by the Rio Cianciavero and the Rio Mottiscia. Sweeping views of the valley allow for impressive views throughout the trek.

The Glaciation Trail allows for visitors to witness the unique and breathtaking glacial rock formations throughout the park. The trail starts in the Veglia Plateau before climbing to the base of the Aurona Glacier.

This route helps showcase how the valleys were formed by the once-massive glaciers. The Glaciation Trail often takes around three hours to complete.

The Via Arbola is a historic route that runs through the park, connecting Alpe Veglia and Alpe Devero Natural Park with Binntal Nature Park in Switzerland. The trail is 40 km (25 miles) long and takes around 13 hours to hike. Though the trail can be completed in a long day, it is often done as a backpacking/trekking route.

This route passes through alpine lakes, pastrues, and rugged mountainsides, as it travels through the heart of the Alps. Bogs are scattered throughout the landscape along with small communities and churches.

Looking for a place to stay near Alpe Veglia and Alpe Devero Natural Park? Here are some of the best cities and villages to check out in the region:

Situated within the Ossola Valley lies the city of Domodossola. The small city sits at the confluence of the Toce and Bogna Rivers. With a population of around 19,000 people, the city has been an important city since the Roman Empire.

Much of the medieval town center is well preserved to this day. Besides its close proximity to hiking trails, Domodossola is also well known for being home to the Sacro Monte del Calvario, which was built during the seventeenth century.

Situated on the shore of Lake Maggiore, Verbania is the most populous commune in the province of Verbano-Cusio-Ossola. The region is home to over 30,000 people, and it is often called the “garden of the lake”.

Botanical gardens cover 16 hectares (40 acres) throughout the town. Hiking trails around the city allow for views of the lake while ferry rides can take visitors across the water or to small islands. The city is home to a multitude of local shops and restaurants, many of which are popular amongst locals and tourists, though the town is far less busy than nearby Lake Como.

San Domenico is a ski resort located just outside the park with lodging for rent during the summer months. The town sits above the Simplon Valley and Varzo is the nearest main town.

Situated at a higher elevation than many other communities, San Domenico offers hikers the chance to explore the region while minimizing the amount of elevation gain that they need to climb. A few of the mountain lifts run throughout the summer months, allowing for a quick start to any hiking adventure. 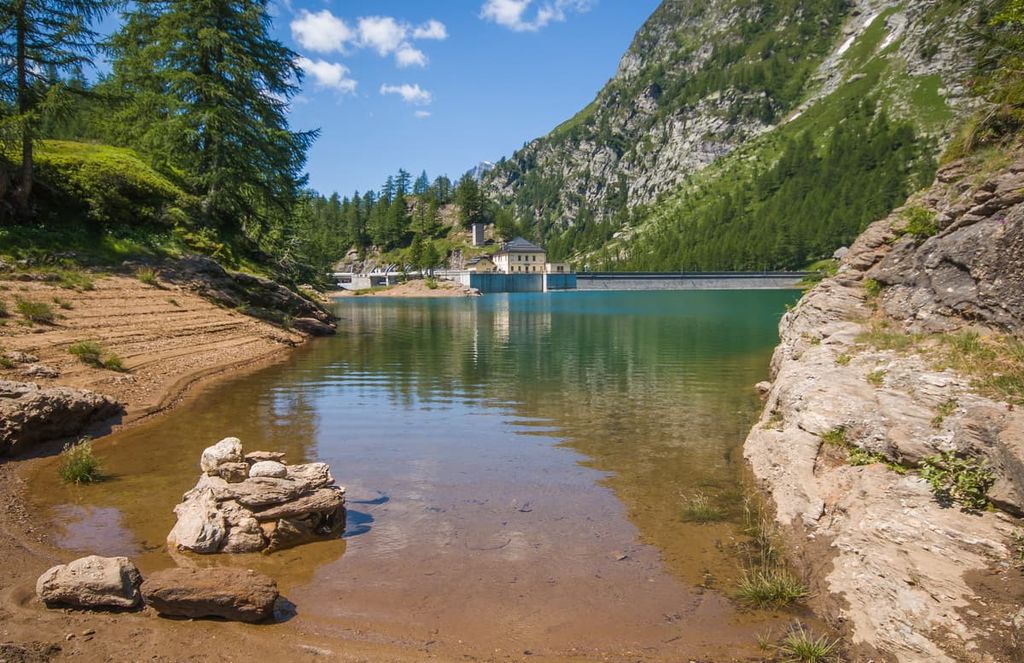 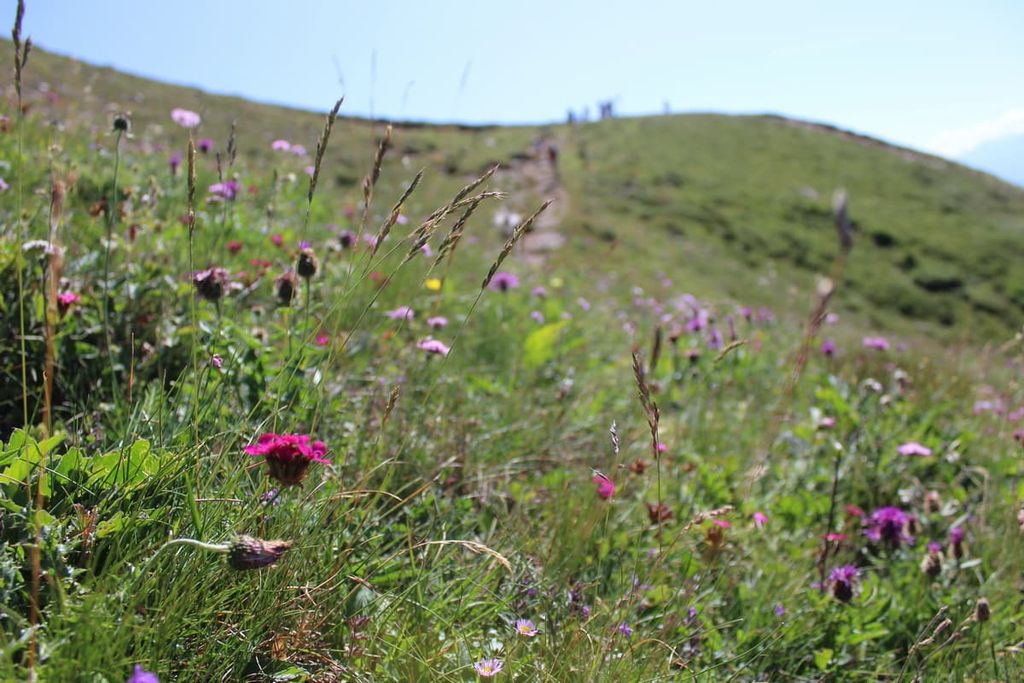 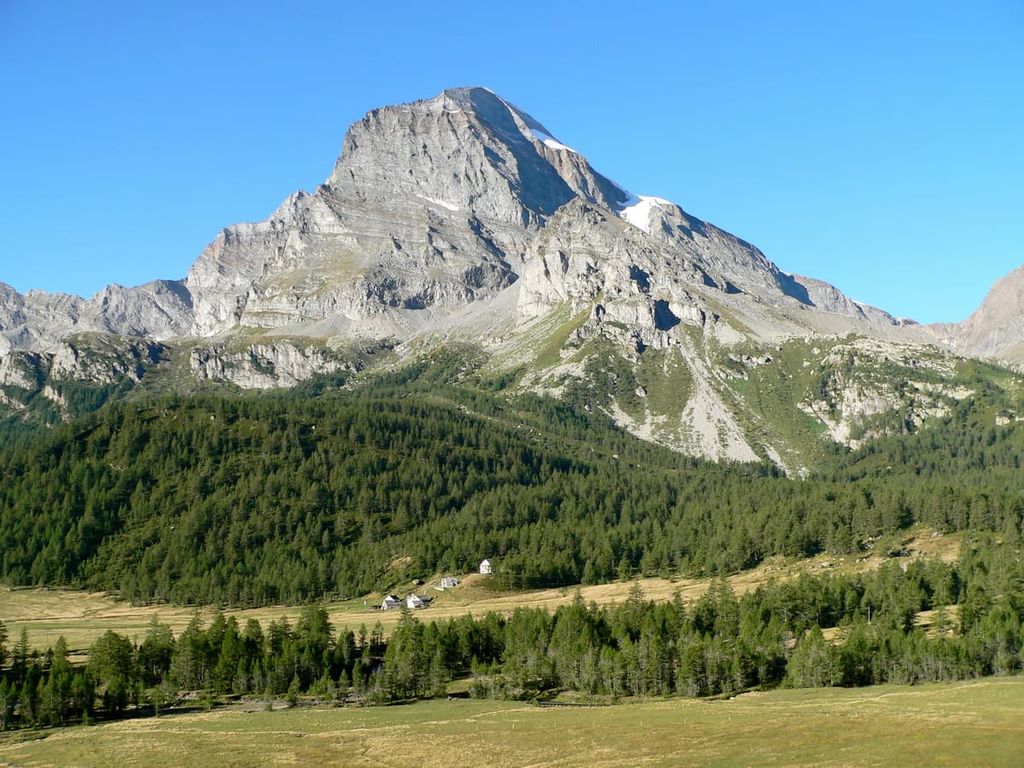