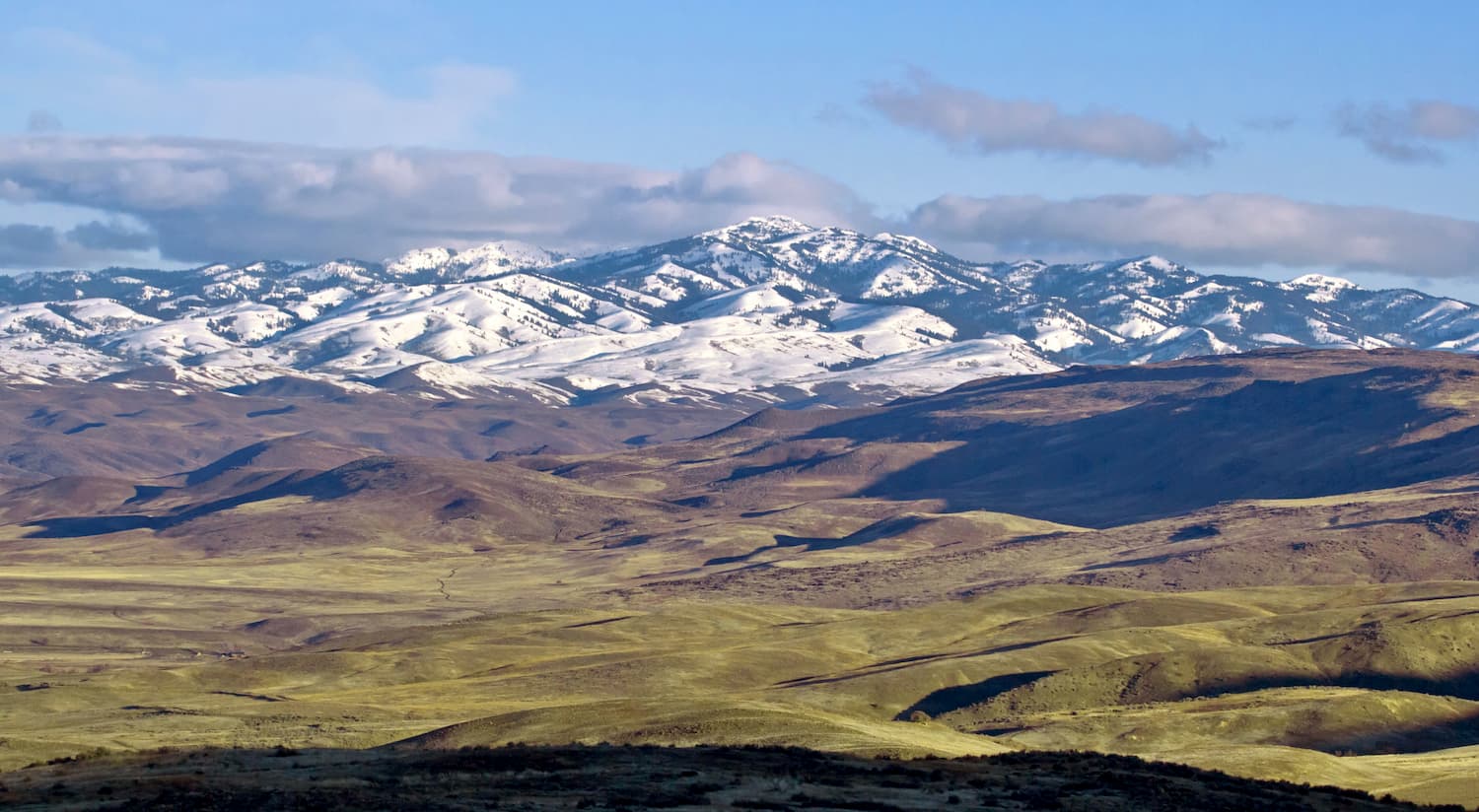 The Hitt Mountains are characterized by high desert with little tree coverage, expansive views, and rolling peaks. While there are many hikes to the surrounding summits, some peaks in the region have hard dirt roads that lead to the top.

While there is a road to the summit, there is also a prominent hiking trail. The 8.5 mile out and back trail has 3,000 feet of elevation gain to reach the summit. The open trail climbs the saddle of the mountain with the final destination visible in the distance. Once at the summit there is a fire lookout that provides 360-degree views of the surrounding valley and distant Wallowa Mountains in eastern Oregon.