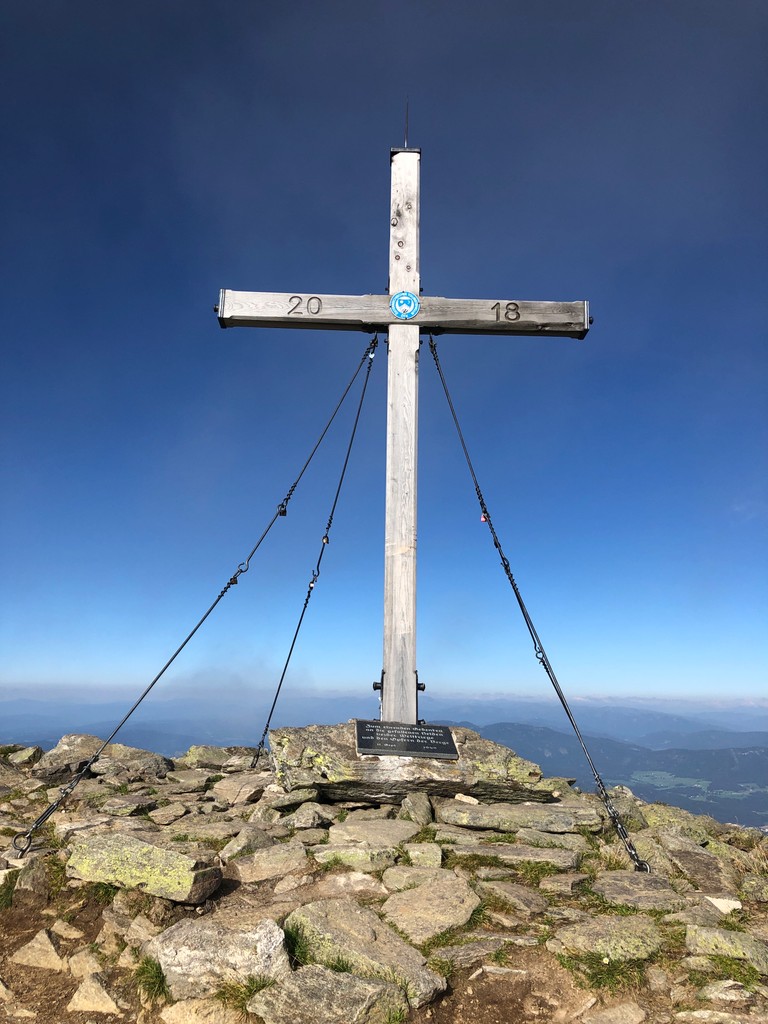 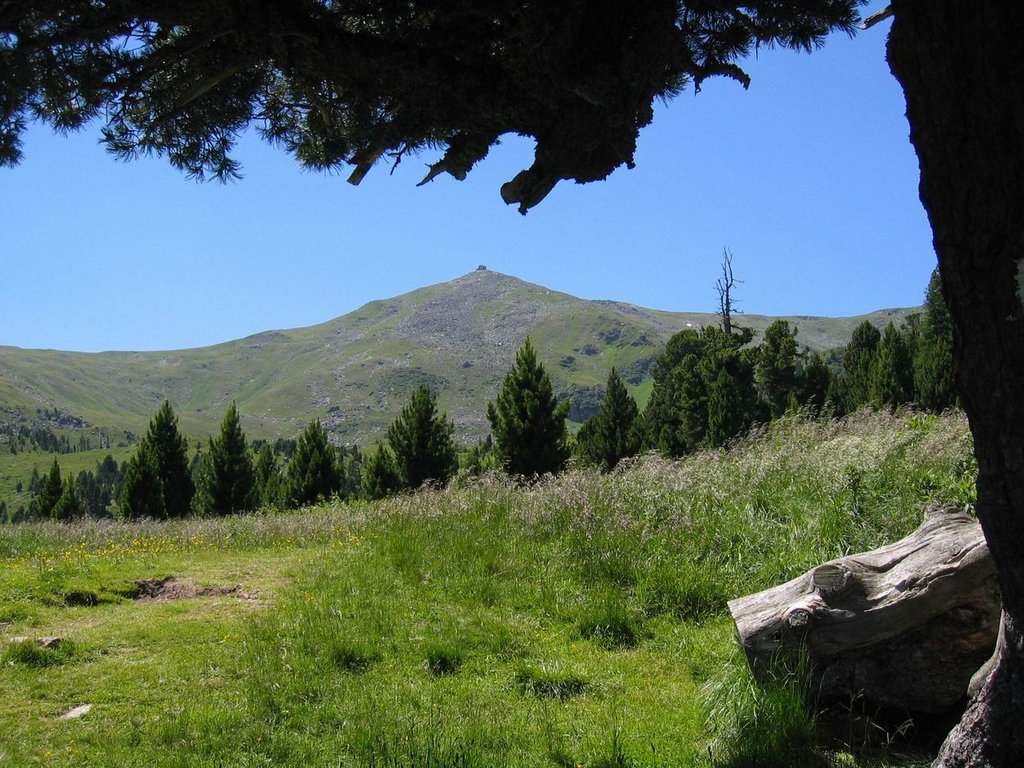 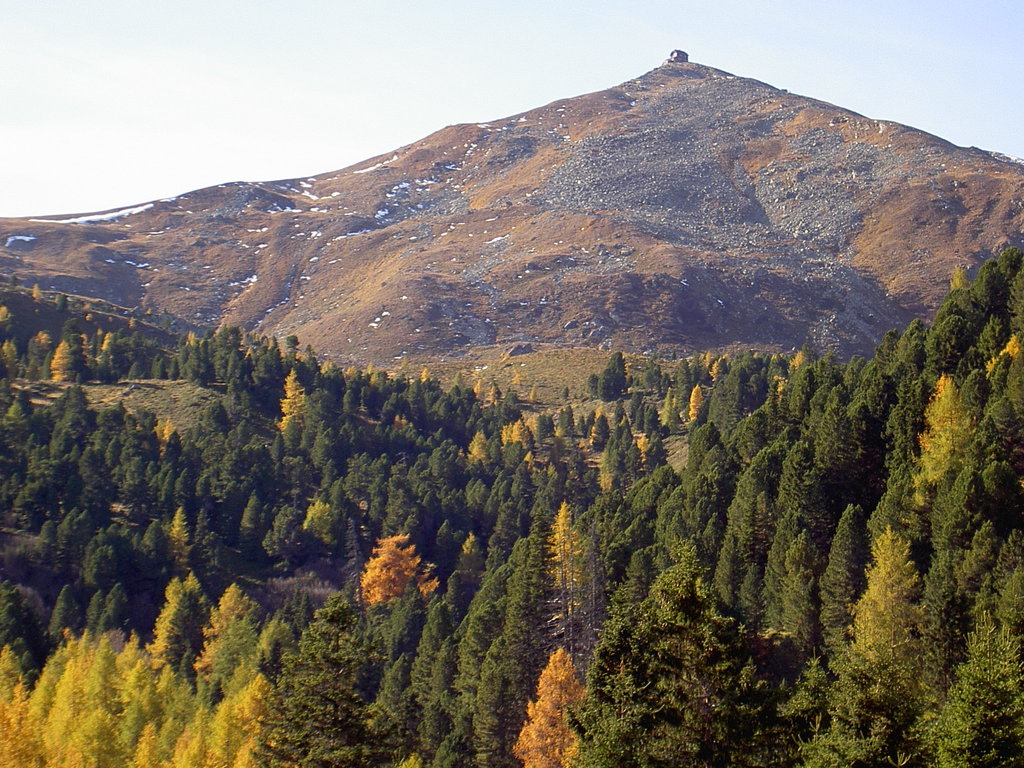 Add button
2 396 m
Elevation
Elevation is the altitude of a place
above sea level.

1 504 m
Prominence
Peak’s prominence is the least
vertical to be covered to get from the
summit to any other higher terrain.

The Zirbitzkogel, at 2,396 m (AA), is the highest point of the Seetal Alps in Austria. It lies south of the Upper Mur valley in the Styria near its border with Carinthia. The Lavant, a left tributary of the Drau, has its source on the southern slopes of the mountain.

Its name is not derived, as popularly supposed, from the Swiss pine trees (known in German as Zirben) that dominate the woods in places, but from the Slovenian word zirbiza, that can be translated as "red mountain pasture", which is a reference to the red-petalled alpenrose (Rhododendron ferrugineum) that is common hereabouts. In the local region this rhododendron plant is also known as Almrausch ("alp delirium"), perhaps an indication of the toxicity of the plants.

The summit block of the Zirbitzkogel is formed of crystalline rock; slate, gneisses and granites predominating. In spite of its comparatively low height it exhibits a definite high mountain character. Its relief was formed by ice age glaciers and subsequent slope movements. In the very spring-rich region are several tarns, such as the two Winterleitenseen.

Dense spruce forests cover the slopes up to the subalpine zone before being succeeded by scattered stands of spruce, larch and Swiss pine (Swiss pine-larch forest). In the summit area a ragged sedge grassland dominates, interspersed with almost level plateaus. The summit became well known to ornithologists as a breeding habitat for the dotterel, a few pairs of which bred almost all year round until 1995. Thereafter no more broods were sighted, although individual migrants and roosting birds were observed. Wind-exposed spots are dominated by Alpine Azalea and various lichens.

The area is also known to butterfly researchers for several very rare species, including the endemite, Elophos zirbitzensis.

The touristically well developed Zirbitzkogel is a very popular hiking and touring region. At its summit is the Zirbitzkogelhaus, other huts lie along the routes of ascent. Suitable starting points for climbing the Zirbitzkogel are St. Anna and St. Wolfgang bei Obdach on the northern side and Neumarkt on the southern side.

The Zirbitzkogel region was incorporated into the Natura 2000 regions and has been designated a European protected area since May 2006.
There's a hiking trail (T2) leading to the summit.

47.339364 N   14.735853 E
Nearest Higher Neighbor
Seckauer Zinken - 33.3 km NNE
El: 2 397 m / Prom: 379 m
Check out a downloadable 3D model of Zirbitzkogel area. A higher resolution model can be found in the PeakVisor mobile app.
Do you have photos of Zirbitzkogel or know something about it? Please let us know!