13er
Thirteeners are mountains higher than 13 ⁠000 ⁠ft / 3 ⁠962 ⁠m having at least 300 ⁠ft / 91 ⁠m of topographic prominence.
3D View
Truchas Peak model
3 990 m
Elevation
Elevation is the altitude of a place
above sea level.

1 215 m
Prominence
Peak’s prominence is the least
vertical to be covered to get from the
summit to any other higher terrain. 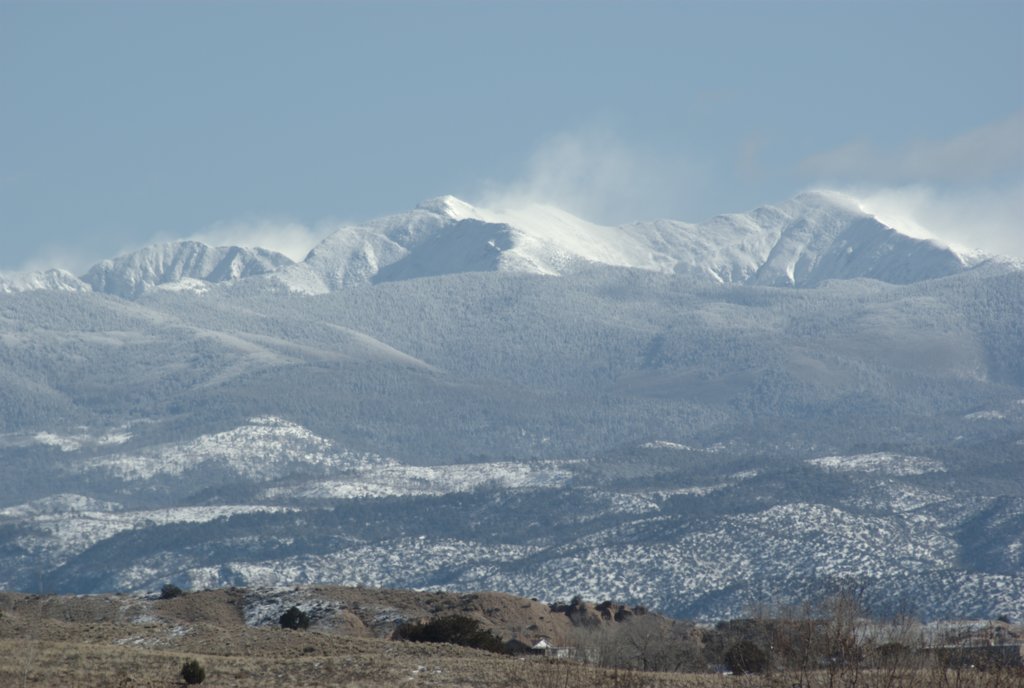 Check out 3D model of Truchas Peak. This is a preview. High-resolution model can be found in the PeakVisor mobile app.
Do you have photos of Truchas Peak or know something about it? Please let us know!