1 873 m
Elevation
Elevation is the altitude of a place
above sea level.

19 m
Prominence
Peak’s prominence is the least
vertical to be covered to get from the
summit to any other higher terrain. 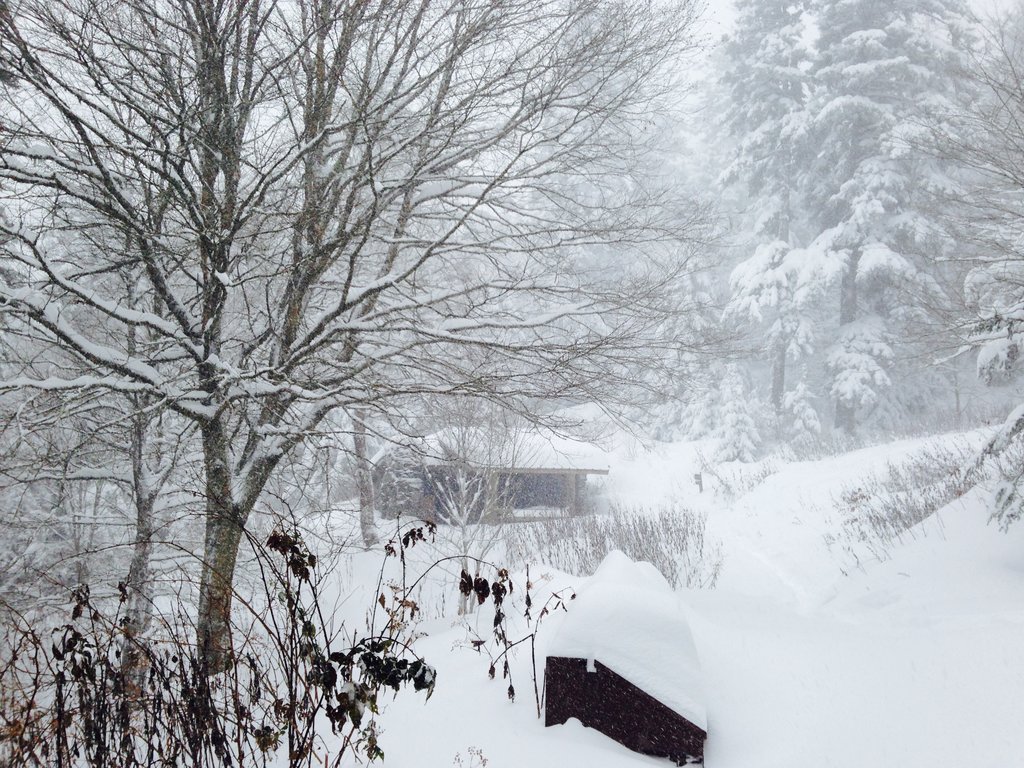 Tricorner Knob is a mountain in the Great Smoky Mountains, located in the Southeastern United States. It has an elevation of 6,120 feet (1,865 m), with 160 feet (48 m) of clean prominence.[1] The Appalachian Trail and Balsam Mountain Trail intersect near the mountain's summit, making Tricorner Knob the great crossroads of the Eastern Smokies. The Tricorner Knob Shelter, which occupies a flat area on the mountain's southern slope, provides a key rest stop for Appalachian Trail thru-hikers.

Like much of the Smokies crest, Tricorner Knob is on the border between Tennessee and North Carolina. As its name implies, the mountain is at the point where the Balsam Mountains intersect the crest of the Great Smokies, creating a triangular-shaped ridge.[2] Three counties intersect at the summit of Tricorner, with Sevier County, Tennessee to the west, Haywood County, North Carolina to the northeast, and Swain County, North Carolina to the southeast. The mountain rises appx. 3,300 feet (1,000 m) above its western base at the mouth of Buck Fork, along the Little Pigeon River.[3] Tricorner is the 9th-highest mountain in Tennessee and the 27th-highest mountain in North Carolina.[4]

Tricorner Knob's remote situation in the dense Southern Appalachian spruce-fir forest of the Eastern Smokies has left it largely untouched by human history. Arnold Guyot measured its elevation on his survey of the crest of the Smokies in 1859, placing Tricorner's elevation at 6,188 feet (1,886 m). Other than surveyors and the occasional naturalist, the mountain was devoid of human visitors until a segment of the Appalachian Trail was constructed across its western slope in 1935. An isolated spring on the mountain's southern slope was the key reason behind its selection for the back country campsite where the Tricorner Knob Shelter sits today. Laura Thornborough, a writer who visited the mountain in the late 1930s, called Tricorner Knob one of the last "true wilderness areas, where one can commune with nature and leave the cares of the world behind."
By elevation Tricorner Knob is
# 19 out of 3221 in Tennessee
# 16 out of 171 in Sevier County
# 22 out of 345 in Great Smoky Mountains National Park
# 48 out of 3424 in North Carolina
# 13 out of 270 in Haywood County
# 13 out of 239 in Swain County
# 55 out of 39823 in the Appalachian Mountains
# 22 out of 497 in the Great Smoky Mountains
# 54 out of 6326 in the Blue Ridge Mountains
Show more
Tricorner Knob
3D View
Tricorner Knob model
Ranges
Parks
Key Col
102 m  E

35.694722 N   -83.248611 W
Nearest Higher Neighbor
Mount Yonaguska - 576 m ESE
El: 1 883 m / Prom: 81 m
Check out a downloadable 3D model of Tricorner Knob area. A higher resolution model can be found in the PeakVisor mobile app.
Do you have photos of Tricorner Knob or know something about it? Please let us know!