1 491 m
Elevation
Elevation is the altitude of a place
above sea level.

466 m
Prominence
Peak’s prominence is the least
vertical to be covered to get from the
summit to any other higher terrain.

Proportional Prominence 1 166 m
Location
44.187489 N  -71.554415 W
South Twin Mountain is a mountain located in Grafton County, New Hampshire. The mountain is part of the Twin Range of the White Mountains. South Twin forms the high point of a north-south ridge, with North Twin Mountain lying approximately one mile to the north and Mount Guyot two miles (3 km) to the southeast. Galehead Mountain, a lower spur of South Twin, is to the west.

The summit of South Twin is open and rocky, but stands of spruce and fir trees grow in close proximity. The Appalachian Trail, a 2,170-mile (3,500-km) National Scenic Trail from Georgia to Maine, crosses the summit of South Twin, passing from Galehead Mountain (and Galehead Hut) to the west towards Mount Guyot to the southeast. The North Twin Trail proceeds north along the ridge crest to the summit of North Twin.
There's a trail called Twinway leading to the summit. South Twin Mountain is one of the 311 peaks along the multi-day Appalachian Trail. 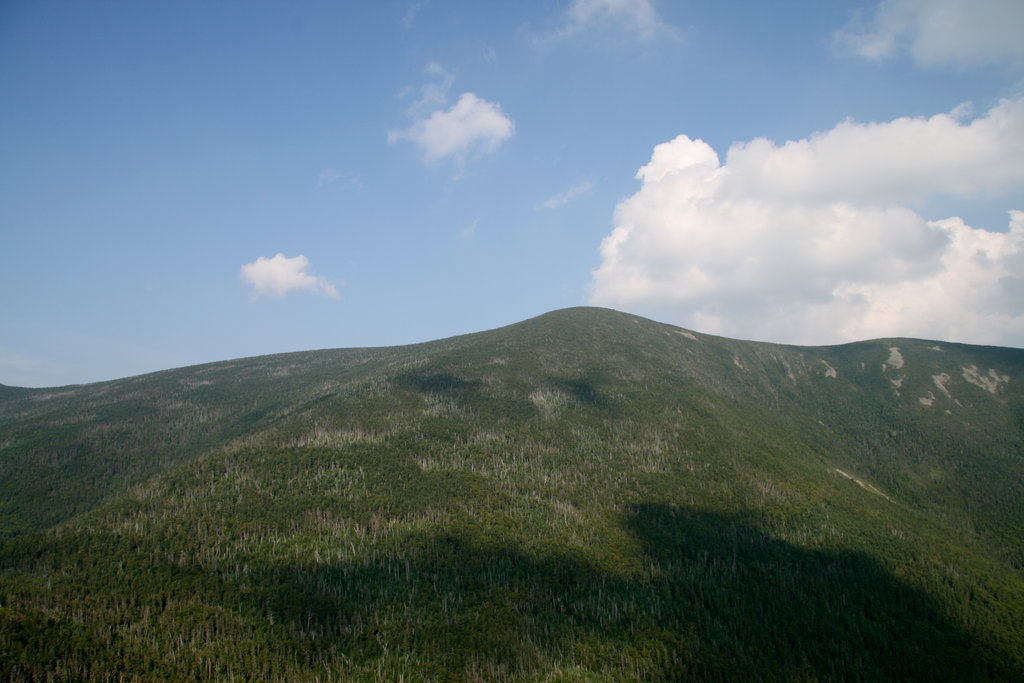 44.165 N   -71.642222 W
Nearest Higher Neighbor
North Lafayette - 7.6 km WSW
El: 1 538 m / Prom: 13 m
Summit Register
See all
Jeremy Schwartz
Check out a downloadable 3D model of South Twin Mountain area. A higher resolution model can be found in the PeakVisor mobile app.
Do you have photos of South Twin Mountain or know something about it? Please let us know!