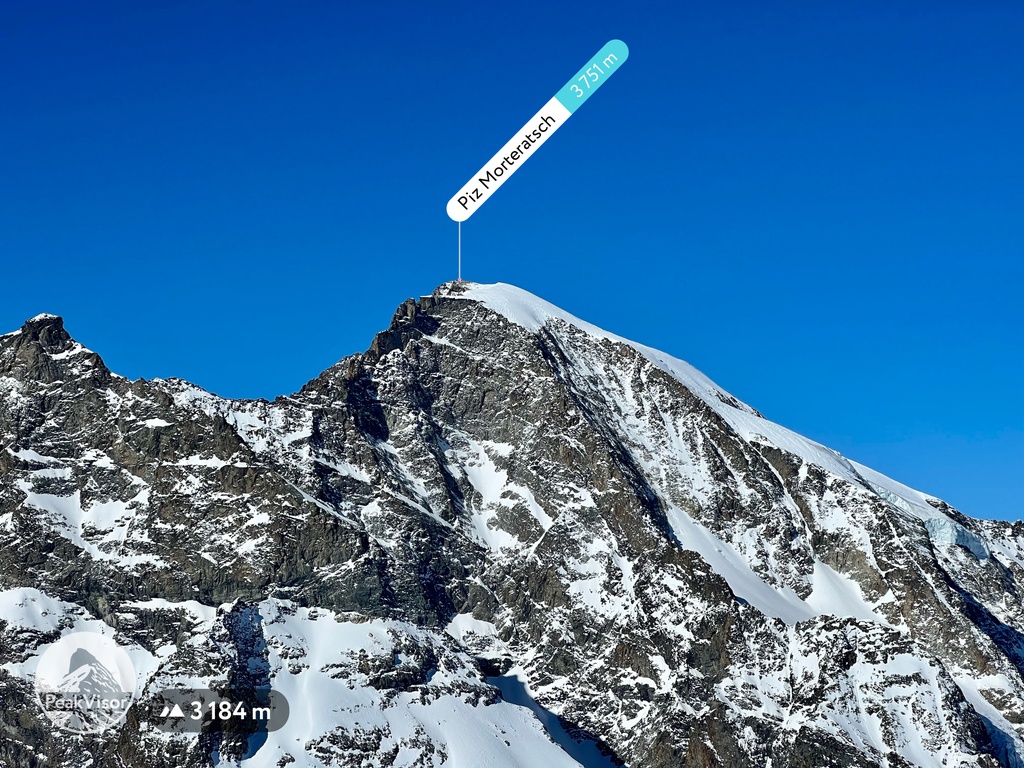 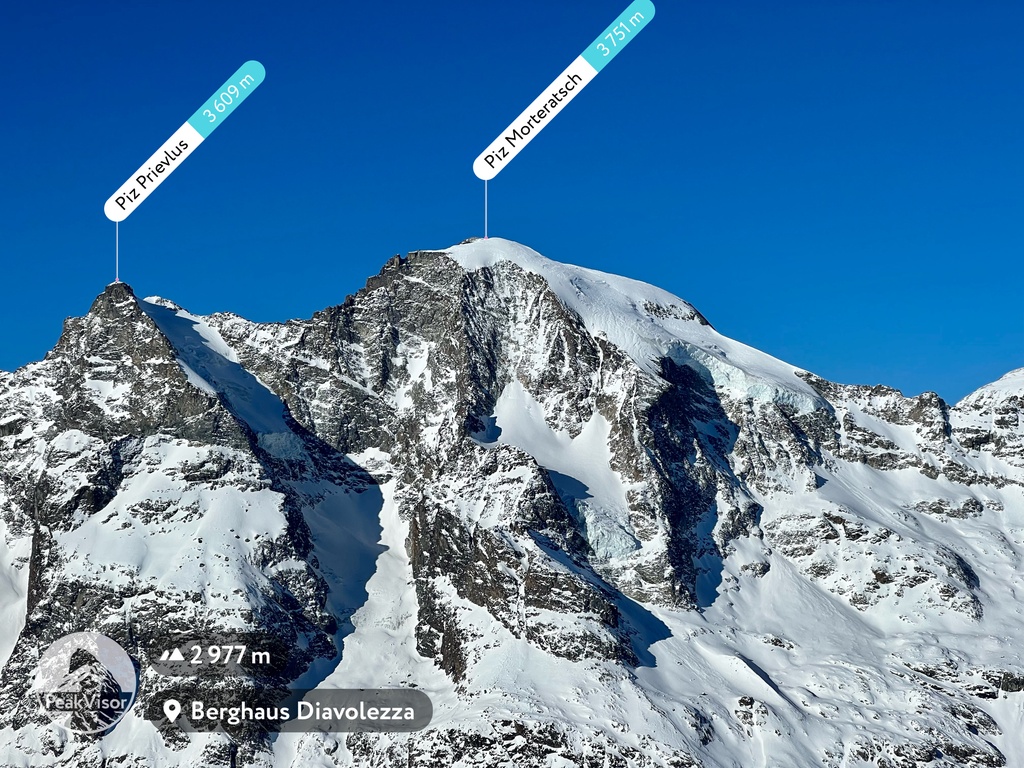 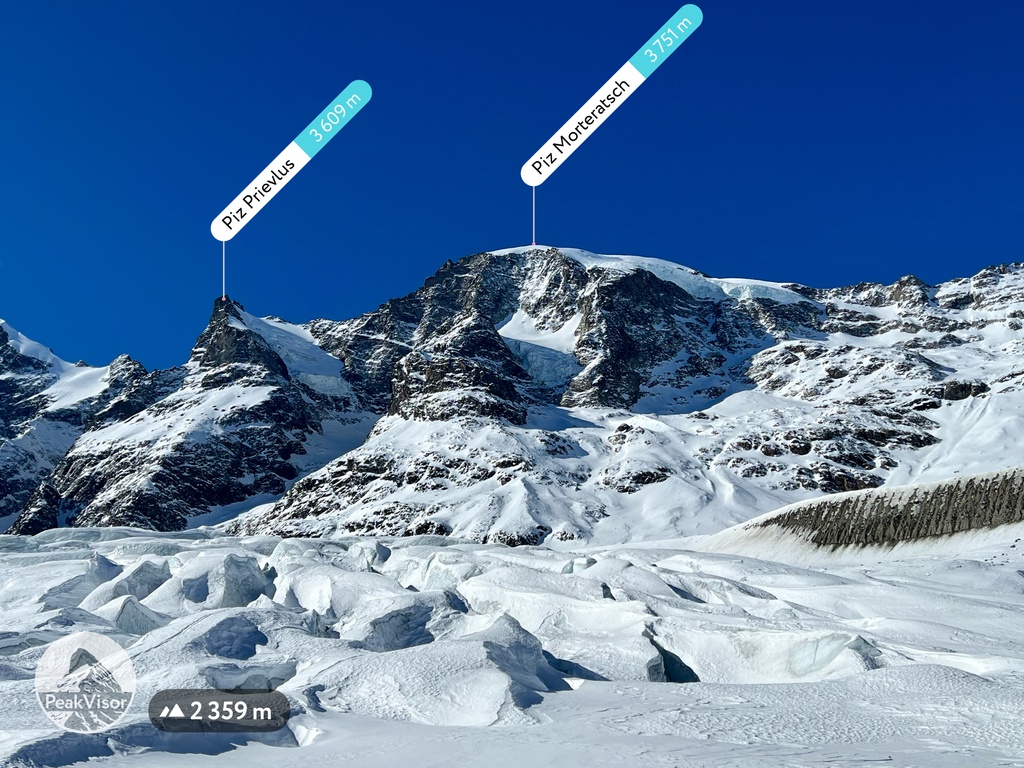 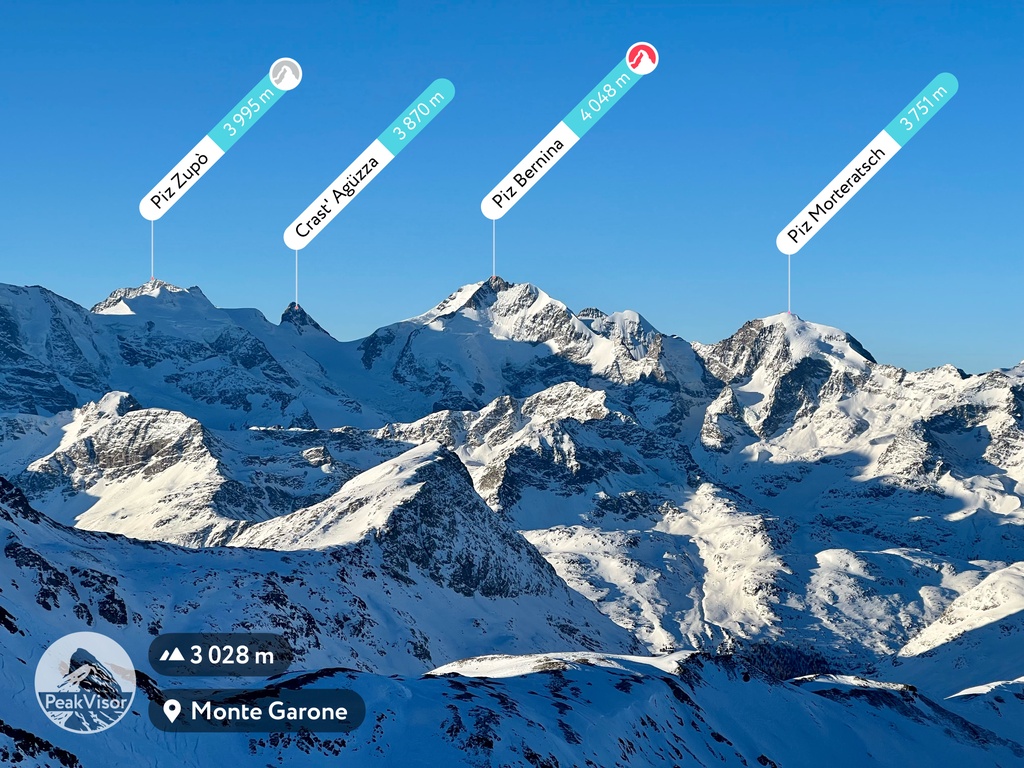 Show 3 photos
Add photo
3 751 m
Elevation
Elevation is the altitude of a place
above sea level.

327 m
Prominence
Peak’s prominence is the least
vertical to be covered to get from the
summit to any other higher terrain.

Piz Morteratsch (3,751 m) is a mountain in the Bernina Range in Switzerland. It is bordered on the east by the Morteratsch Glacier and on the south-west by the Tschierva Glacier.

One of the easiest mountains in the range to climb, the normal route follows that taken by the first ascentionists C. Brügger and P. Gensler with guides Karl Emmermann and Angelo Klaingutti on 11 September 1858. Three of its ridges present greater difficulties and are highly regarded:

East-north-east ridge (AD), first ascent of complete ridge, Paul Schucan and A. Pfister, 10 October 1908 (the upper section had been climbed by Max Schintz with guides Alois Pollinger and his son Josef Pollinger of St. Niklaus in the canton Valais in August 1892)

46.384492 N   9.90668 E
Nearest Higher Neighbor
Pizzo Bianco - 2.1 km SSE
El: 3 995 m / Prom: 32 m
Check out a downloadable 3D model of Piz Morteratsch area. A higher resolution model can be found in the PeakVisor mobile app.
Do you have photos of Piz Morteratsch or know something about it? Please let us know!