Location
38.775742 N  -78.20301 W
John Marshall (September 24, 1755 – July 6, 1835) was an American politician and the fourth Chief Justice of the United States (1801–1835). His court opinions helped lay the basis for United States constitutional law and many say he made the Supreme Court of the United States a coequal branch of government along with the legislative and executive branches. Previously, Marshall had been a leader of the Federalist Party in Virginia and served in the United States House of Representatives from 1799 to 1800. He was Secretary of State under President John Adams from 1800 to 1801 and, at the age of 45, became the last of the chief justices to be born in Colonial America.

The longest-serving Chief Justice and the fourth longest-serving justice in U.S. Supreme Court history, Marshall dominated the Court for over three decades (34 years) and played a significant role in the development of the American legal system. Most notably, he reinforced the principle that federal courts are obligated to exercise judicial review, by overturning purported laws if they violate the constitution. Thus, Marshall cemented the position of the American judiciary as an independent and influential branch of government. Furthermore, Marshall's court made several important decisions relating to federalism, affecting the balance of power between the federal government and the states during the early years of the republic. In particular, he repeatedly confirmed the supremacy of federal law over state law and supported an expansive reading of the enumerated powers.

While many of his decisions were unpopular, Marshall built up the third branch of the federal government and augmented federal power in the name of the Constitution and the rule of law. Marshall, along with Daniel Webster (who argued some of the cases), was the leading Federalist of the day, pursuing Federalist Party approaches to build a stronger federal government over the opposition of the Jeffersonian Republicans, who wanted stronger state governments.
There's a trail called Appalachian Trail leading to the summit. North Marshall is one of the 311 peaks along the multi-day Appalachian Trail. 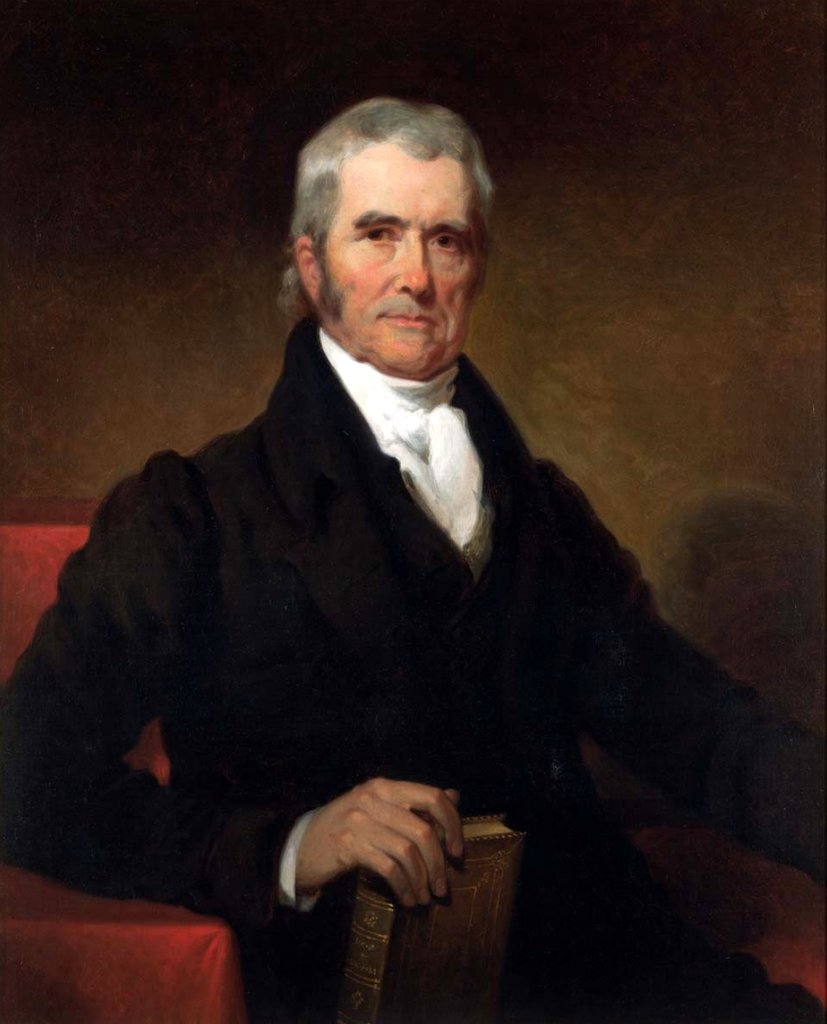 38.760556 N   -78.267778 W
Nearest Higher Neighbor
Hogback Mountain - 6.4 km W
El: 1 059 m / Prom: 363 m
Check out a downloadable 3D model of North Marshall area. A higher resolution model can be found in the PeakVisor mobile app.
Do you have photos of North Marshall or know something about it? Please let us know!