1 644 m
Elevation
Elevation is the altitude of a place
above sea level.

15 m
Prominence
Peak’s prominence is the least
vertical to be covered to get from the
summit to any other higher terrain.

Proportional Prominence 131 m
Location
44.324139 N  -71.288018 W
Mount Adams, elevation 5,793 feet (1,766 m) above sea level, is a mountain in New Hampshire, the second highest peak in the Northeast United States after its nearby neighbor, Mt. Washington. Located in the northern Presidential Range, Mount Adams was named after John Adams, the second president of the United States. It was given this name on July 31, 1820. To the northeast is Mount Madison and to the southwest is Mount Jefferson. From the summit, Mount Washington can be seen directly to the south.

There are two major subsidiary peaks of Mt. Adams: Mount Sam Adams and Mount Quincy Adams, named after John Adams' cousin, Revolutionary leader Samuel Adams, and son, President John Quincy Adams, respectively, and two minor sub-peaks, Abigail Adams (named for John Adams' wife Abigail) and Adams 5. The northern side of the mountain ridge is located in Low and Burbank's Grant, and the end of Durand Ridge, and King Ravine, on the north side of Mount Adams are in the town of Randolph (formerly Durand). The entire south side of the mountain ridge is in Thompson and Meserve's Purchase.

The Appalachian Trail traverses the col between Mount Adams and Mount Sam Adams on the Gulfside Trail. The Randolph Mountain Club (RMC) maintains the trails and several huts and shelters high on Mount Adams' north side, including "The Perch", "Crag Camp", "The Log Cabin", and "Gray Knob". A large network of hiking and climbing paths lead south to the huts and ridges from several parking areas located on U.S. Highway 2. 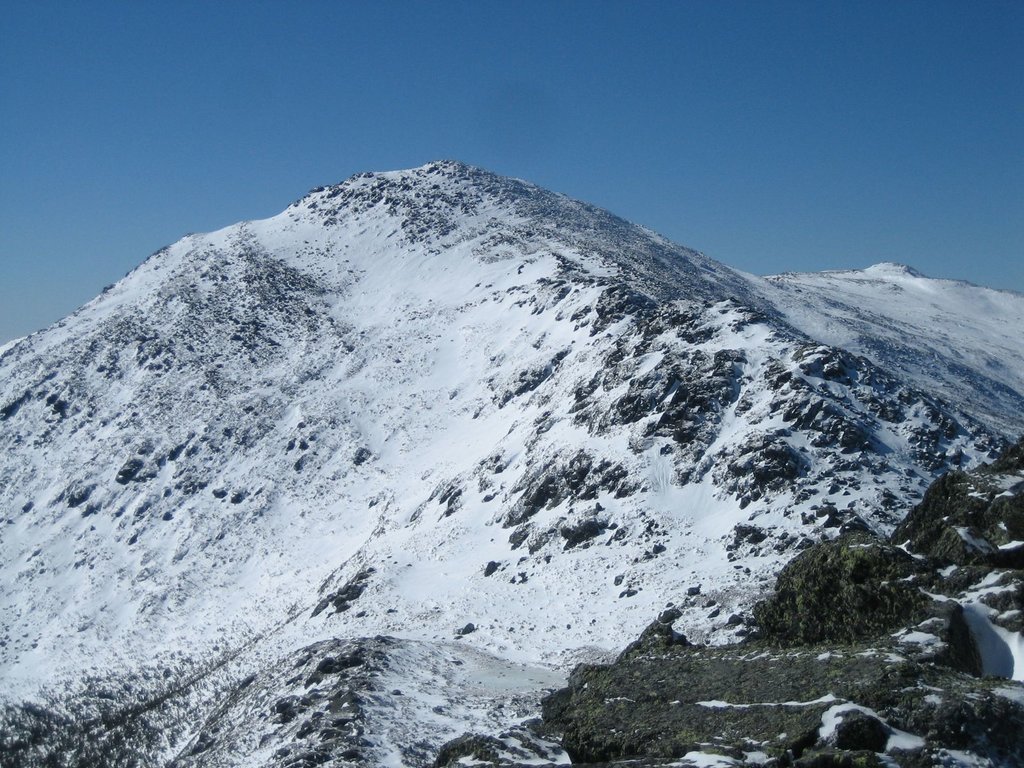