Ultra
Mountains with prominence of 1 ⁠500 ⁠m / 4 ⁠921 ⁠ft or more.
3D View
Mount Everest model
8 848 m
Elevation
Elevation is the altitude of a place
above sea level.

8 848 m
Prominence
Peak’s prominence is the least
vertical to be covered to get from the
summit to any other higher terrain.

Location
27.988217 N  86.924887 E
Ranges
Parks
Mount Everest
Mount Everest, also known in Nepal as Sagarmāthā and in China as Chomolungma, is Earth's highest mountain. Its peak is 8,848 metres (29,029 ft) above sea level. Mount Everest is in the Mahalangur Range. The international border between China (Tibet Autonomous Region) and Nepal runs across Everest's summit point. Its massif includes neighbouring peaks Lhotse, 8,516 m (27,940 ft); Nuptse, 7,855 m (25,771 ft), and Changtse, 7,580 m (24,870 ft). In 1715, China surveyed the mountain while mapping Chinese territory and depicted it as Mount Qomolangma no later than 1719. In 1856, the Great Trigonometrical Survey of India established the first published height of the mountain, then known as Peak XV, at 8,840 m (29,002 ft). The current official height of 8,848 m (29,029 ft) as recognised by China and Nepal was established by a 1955 Indian survey and subsequently confirmed by a Chinese survey in 1975. In 2005, China remeasured the height of the mountain and got a result of 8844.43 m. An argument regarding the height between China and Nepal lasted five years from 2005 to 2010. China argued it should be measured by its rock height of 8,844 m, but Nepal said it should be measured by its snow height of 8,848 m. In 2010, an agreement was finally reached by both sides that the height of Everest is 8,848 m, and Nepal recognises China's claim that the rock height of Everest is 8,844 m. In 1865, Everest was given its official English name by the Royal Geographical Society, upon a recommendation by Andrew Waugh, the British Surveyor General of India. As there appeared to be several different local names, Waugh chose to name the mountain after his predecessor in the post, Sir George Everest, despite George Everest's objections. Mount Everest attracts many climbers, some of them highly experienced mountaineers. There are two main climbing routes, one approaching the summit from the southeast in Nepal (known as the "standard route") and the other from the north in Tibet, China. While not posing substantial technical climbing challenges on the standard route, Everest presents dangers such as altitude sickness, weather, and wind, as well as significant hazards from avalanches and the Khumbu Icefall. As of 2016 there are well over 200 corpses on the mountain, some of which serve as landmarks. The first recorded efforts to reach Everest's summit were made by British mountaineers. As Nepal did not allow foreigners into the country at the time, the British made several attempts on the north ridge route from the Tibetan side. After the first reconnaissance expedition by the British in 1921 reached 7,000 m (22,970 ft) on the North Col, the 1922 expedition pushed the north ridge route up to 8,320 m (27,300 ft), marking the first time a human had climbed above 8,000 m (26,247 ft). Seven porters were killed in an avalanche on the descent from the North Col. The 1924 expedition resulted in one of the greatest mysteries on Everest to this day: George Mallory and Andrew Irvine made a final summit attempt on 8 June but never returned, sparking debate as to whether or not they were the first to reach the top. They had been spotted high on the mountain that day but disappeared in the clouds, never to be seen again, until Mallory's body was found in 1999 at 8,155 m (26,755 ft) on the north face. Tenzing Norgay and Edmund Hillary made the first official ascent of Everest in 1953, using the southeast ridge route. Tenzing had reached 8,595 m (28,199 ft) the previous year as a member of the 1952 Swiss expedition. The Chinese mountaineering team of Wang Fuzhou, Gonpo, and Qu Yinhua made the first reported ascent of the peak from the north ridge on 25 May 1960.
Mount Everest 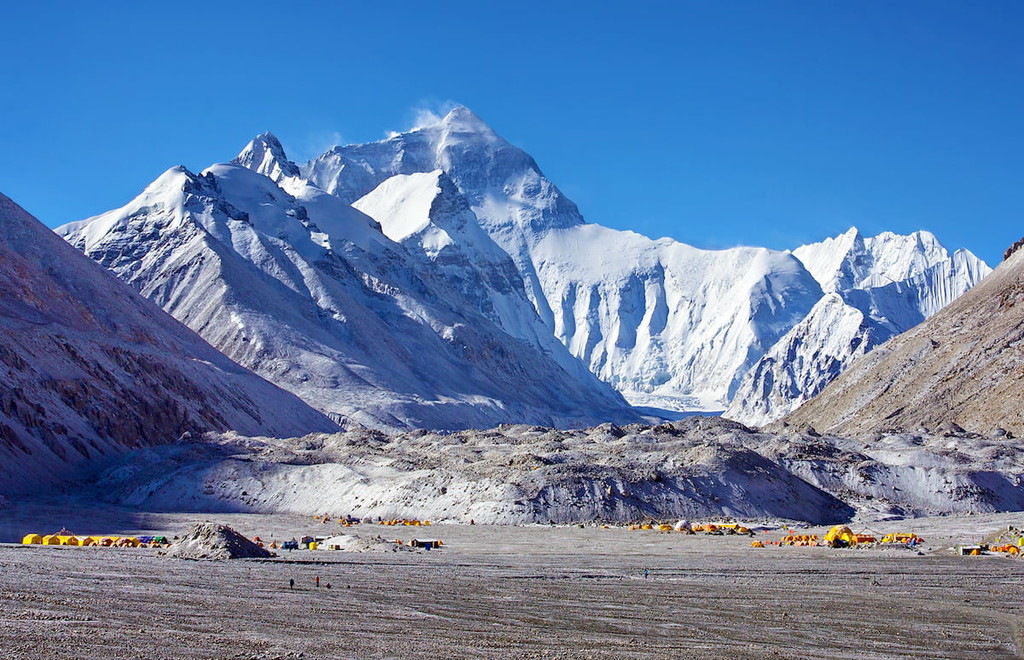 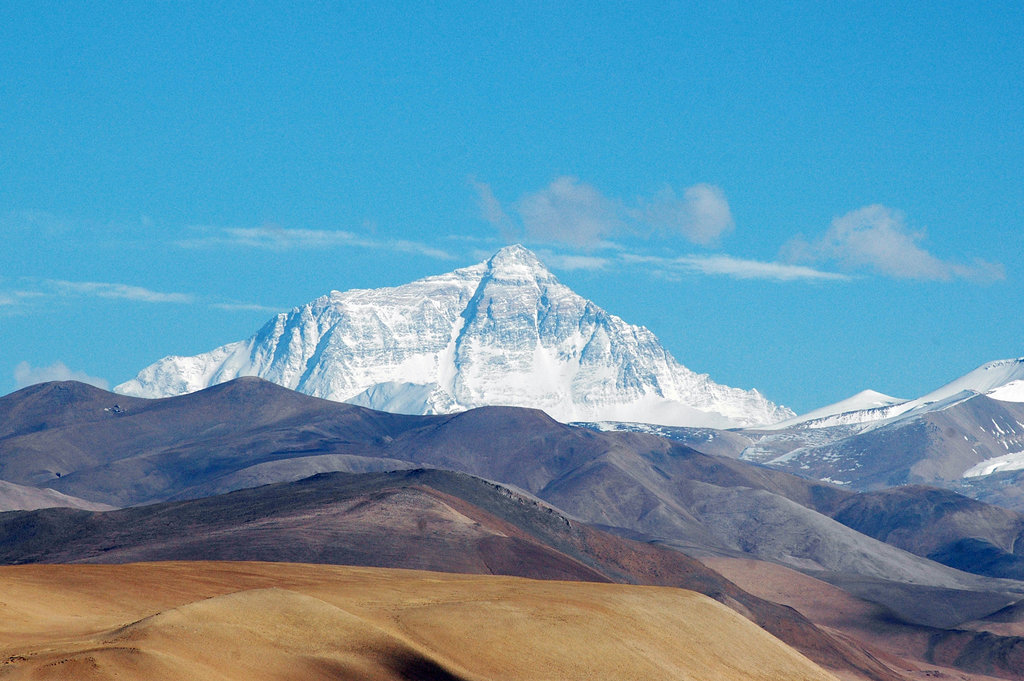 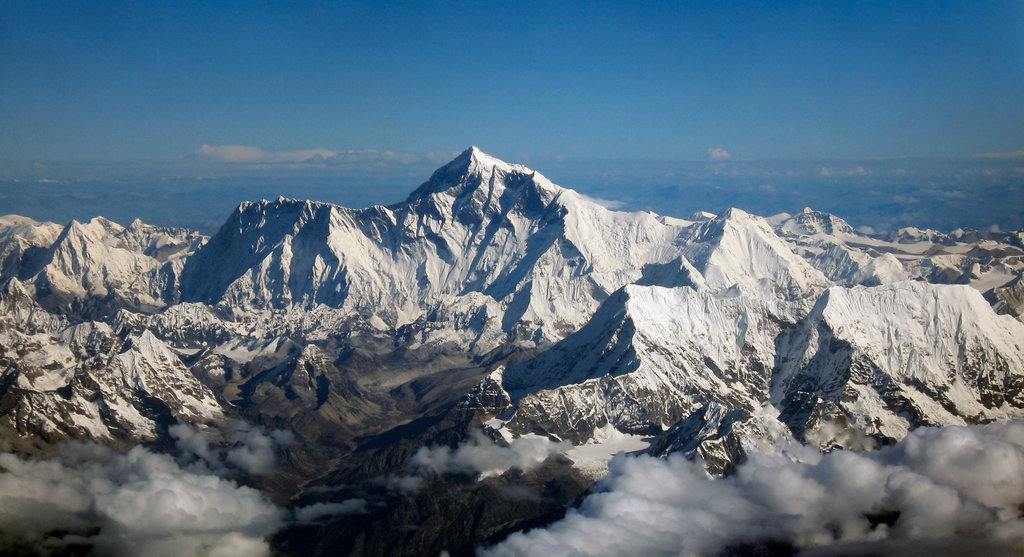 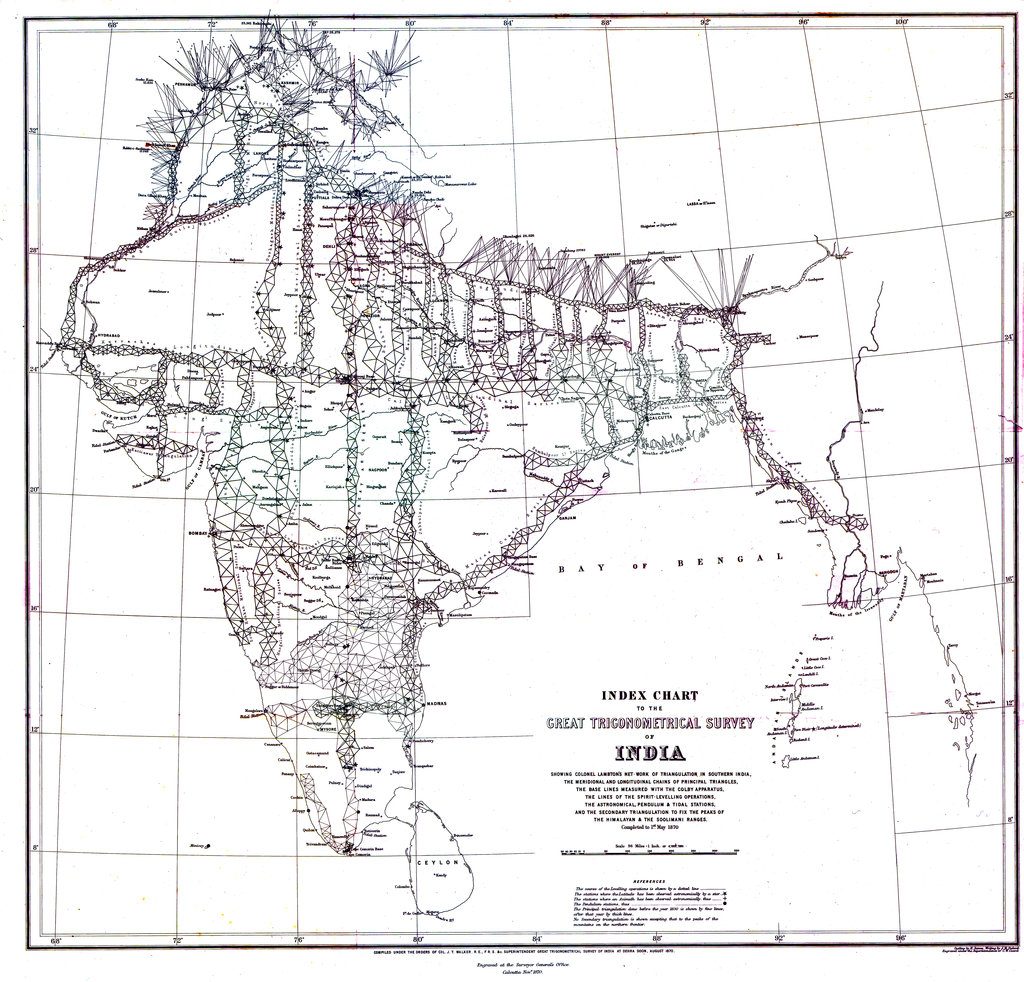 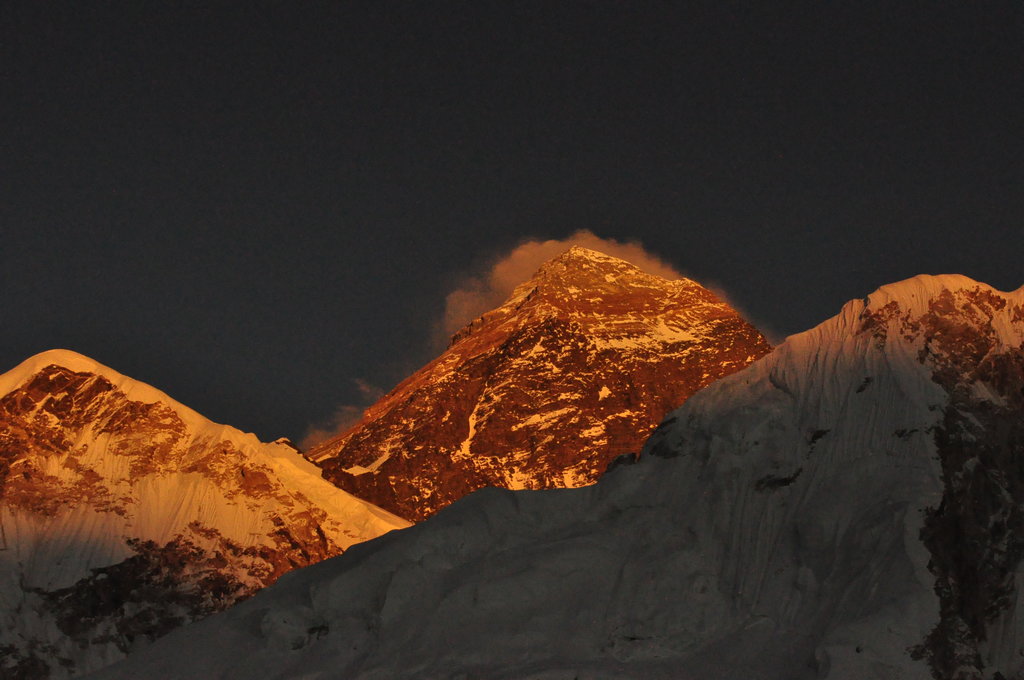 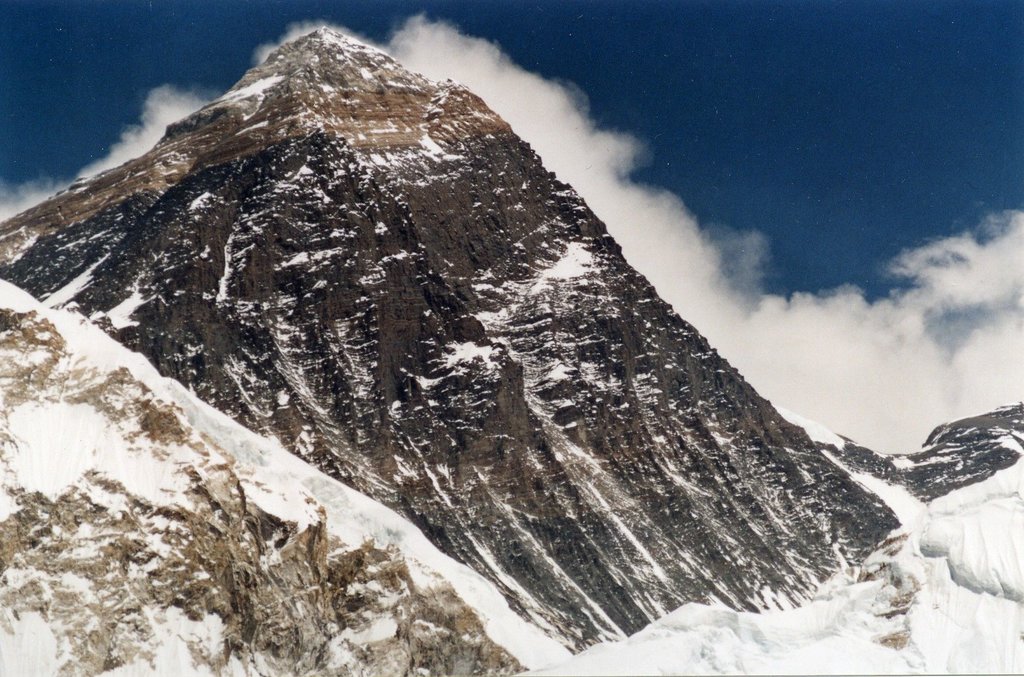 Check out 3D model of Mount Everest. This is a preview. High-resolution model can be found in the PeakVisor mobile app.
Do you have photos of Mount Everest or know something about it? Please let us know!