3 190 m
Elevation
Elevation is the altitude of a place
above sea level.

1 601 m
Prominence
Peak’s prominence is the least
vertical to be covered to get from the
summit to any other higher terrain.

Mount Cleveland is the highest mountain in Glacier National Park, located in Montana, United States. It is also the highest point in the Lewis Range, which spans part of the northern portion of the Park and extends into Canada. It is located approximately 3 mi (4.8 km) southeast of the southern end of Waterton Lake, and approximately 5 mi (8.0 km) south of the US/Canada border.

While not of great absolute elevation (the mountain is more than 2,300 ft (700 m) lower than Granite Peak, the highest peak in Montana), Mount Cleveland is notable for its large, steep rise above local terrain. For example, its west flank rises over 5,500 ft (1,700 m) in less than 2 mi (3.2 km); the northwest face, steepest on the mountain, rises 4,000 ft (1,200 m) in less than 0.4 mi (0.64 km). The other faces show almost as much vertical relief. This scale and steepness of relief is quite rare in the contiguous United States. Mount Cleveland is 50th on a list of peaks in the contiguous U.S. with the most topographic prominence.

The first recorded ascent of Mount Cleveland was in 1920 by Frank B. Wynn. The easiest route on the peak is the West Face route, starting from the Waterton Valley; it is a scramble (Class 3) with the possibility of some short exposed sections (Class 4). 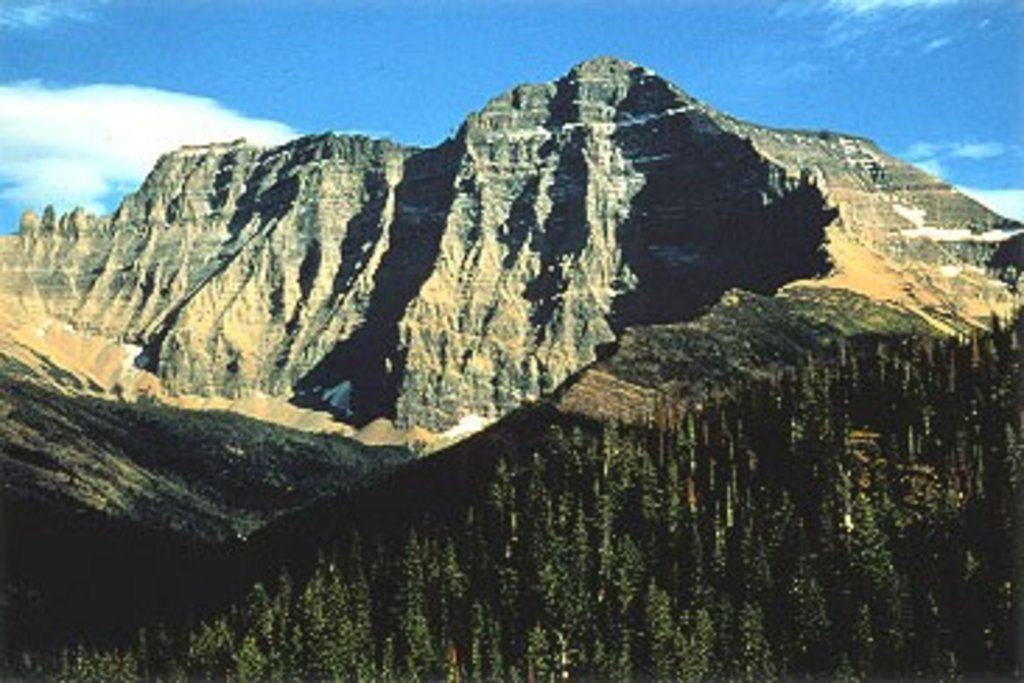