Location
48.753899 N  -121.48234 W
Mount Blum, or Mount Bald, is a 7,685-foot (2,342 m) summit of the North Cascades range in Washington state, on the western edge of North Cascades National Park. It is the highest summit of a string of mountain peaks located east of Mount Shuksan and west of the Picket Range. Two small active glaciers rest on its northern flank. Mount Blum was named after John Blum, a United States Forest Service fire patrol pilot who crashed nearby in 1931.

Six small glacial-fed tarns, called the Blum Lakes, occupy successive bowls on the southeast side of the mountain. Several other ice sheets are spread across cirques and basins on Mount Blum and neighboring peaks. Blum Creek, a stream named for the mountain, drains north and west off Mount Blum and flows into the Baker River, which in turn flows into the Skagit River. The Baker Lake reservoir, one of a series of reservoirs that impound the lower Baker River, touches Mount Blum at its far northeastern segment. Lonesome Creek and Scramble Creek also drain valleys east and north of Mount Blum, respectively. Steep cliffs and drop-offs in the valleys produce some extremely tall waterfalls, such as 1,680-foot (510 m) Blum Basin Falls.

Skiing is an occasional activity on the slopes of Mount Blum. Despite the popularity of the sport, Mount Blum is nearly surrounded by trail-less wilderness, except the southern ridge that connects to Mount Hagan.

1 013 m
Prominence
Peak’s prominence is the least
vertical to be covered to get from the
summit to any other higher terrain. 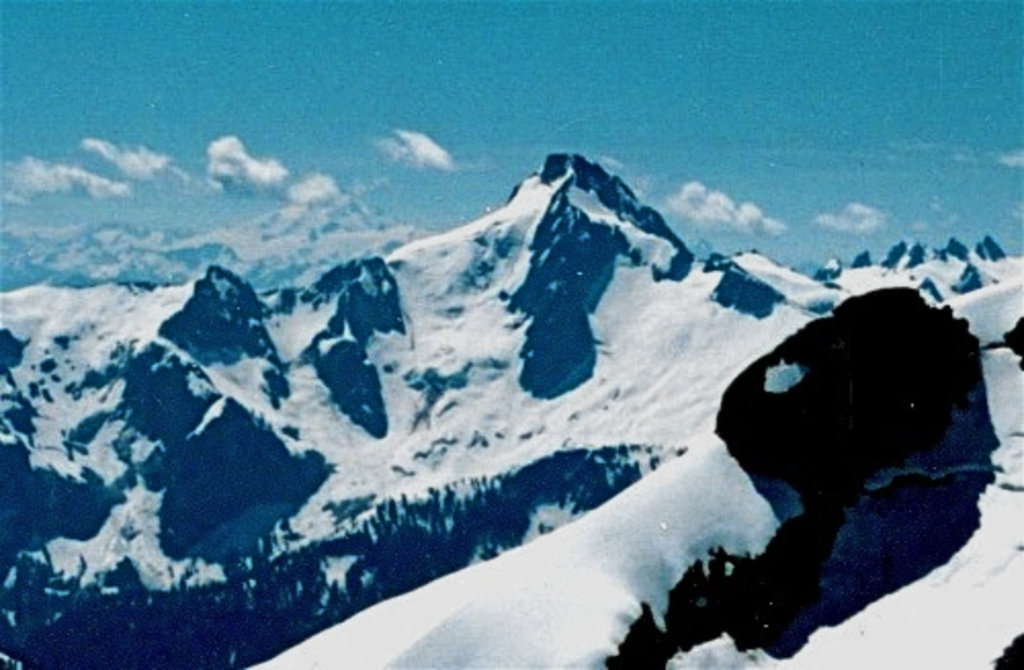