1 220 m
Elevation
Elevation is the altitude of a place
above sea level.

Proportional Prominence 182 m
Location
43.964462 N  -71.439731 W
Mount Tripyramid is a mountain located in Grafton County, New Hampshire. The mountain, so-called because of the three distinct peaks along its mile-long summit ridge, is part of the Sandwich Range of the White Mountains. Scaur Peak and The Fool Killer are subsidiary peaks to the northwest and northeast. To the southeast, Tripyramid is flanked by The Sleepers.

Both North and Middle Tripyramid are included in the Appalachian Mountain Club's list of New England "four-thousand footers". Although over 4,000 feet in height, South Tripyramid is not, because it stands less than 200 ft above the col on the ridge from Middle Tripyramid.
There's a hiking trail (T2) called Mt. Tripyramid Trail leading to the summit. 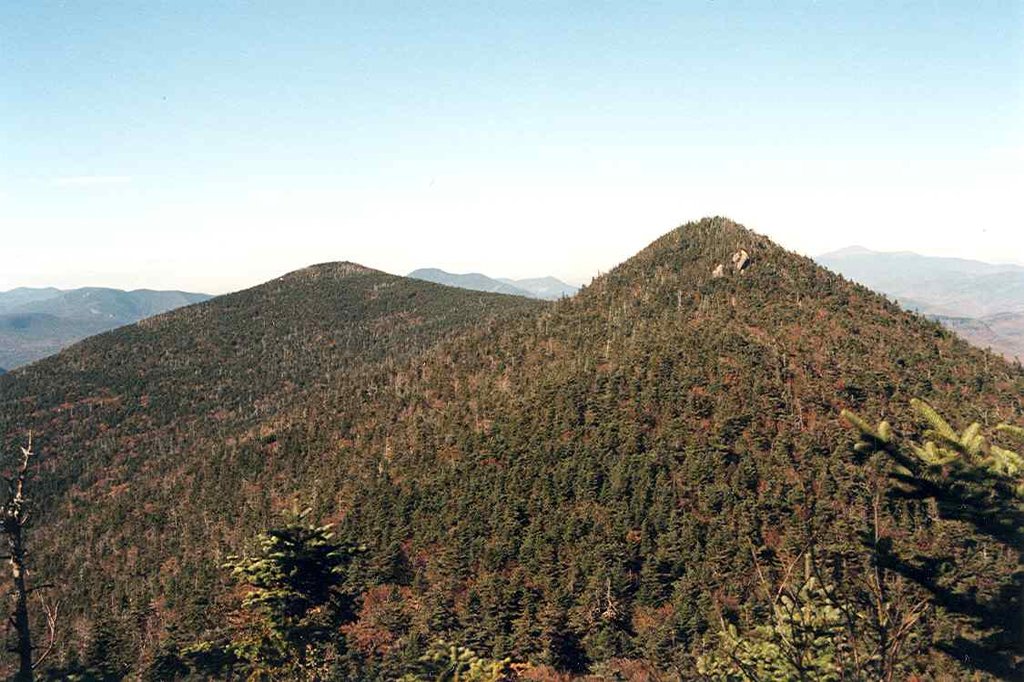