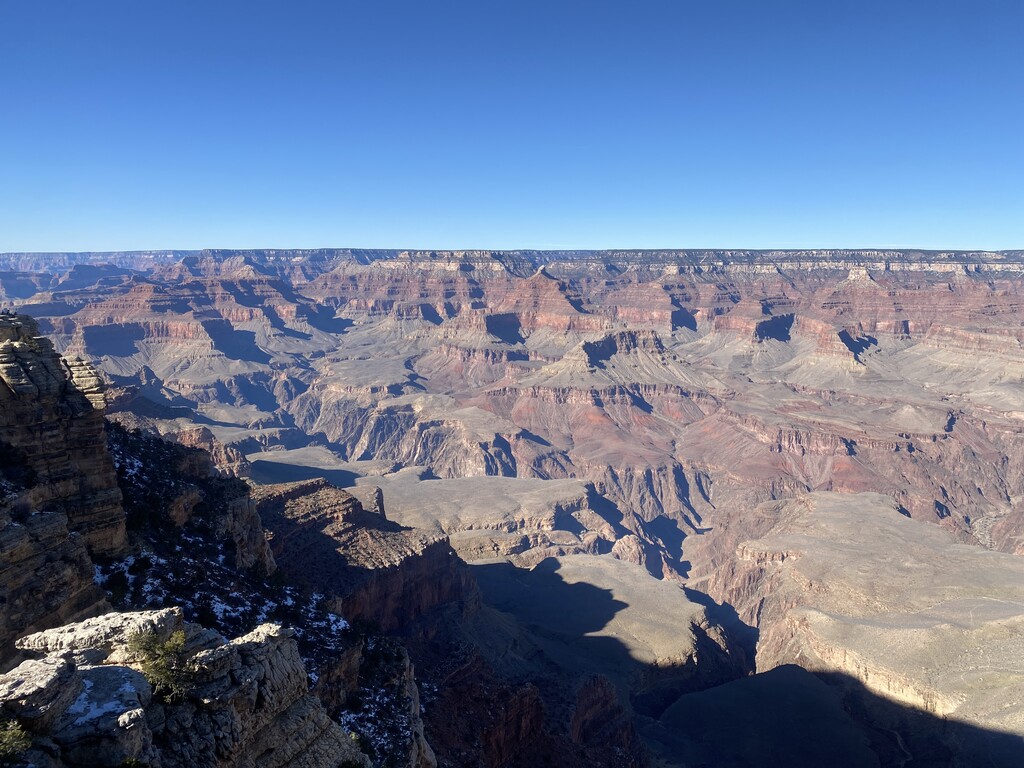 2 174 m
Elevation
Elevation is the altitude of a place
above sea level.

4 m
Prominence
Peak’s prominence is the least
vertical to be covered to get from the
summit to any other higher terrain.

Mather Point is a 7,119 foot (2,170 m)-cliff-elevation Point located in the central Grand Canyon, Coconino County of northern Arizona, United States. It was named in honor of Stephen Tyng Mather, an American industrialist and conservationist.

It is located about 2.0 miles east-northeast of Grand Canyon Village on the South Rim. It is about 0.75 miles east of Yavapai Point, its closest scenic viewpoint neighbor, and it lies about 1.5 miles west of Yaki Point, across Upper Pipe Creek Canyon. Pipe Creek enters Lower Garden Creek, and the Bright Angel Trail descends there to cross the Colorado River and go up Bright Angel Canyon. The viewpoints of Mather Point, (and Yavapai Point), look northwards (across Granite Gorge), up Bright Angel Canyon, and view the prominences that align it, especially the nearest of Isis Temple and Cheops Pyramid, and on the east, Zoroaster Temple, with Demaray Point, Bradley Point, and Sumner Butte.

Mather Point is composed of horizontally-layered cliff-former Kaibab Limestone, and is mostly buff, or tan-white. The rock at the point is distinctive with its limestone erosion-holes, and is broken into large blocks. Mather Point is also composed of Kaibab upon Toroweap Formation slopes, upon white cliffs of Coconino Sandstone.
There's a trail leading to the summit.